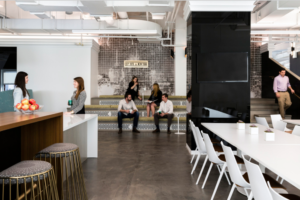 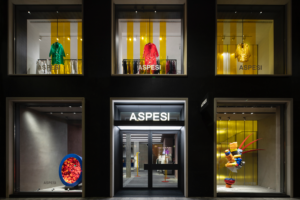 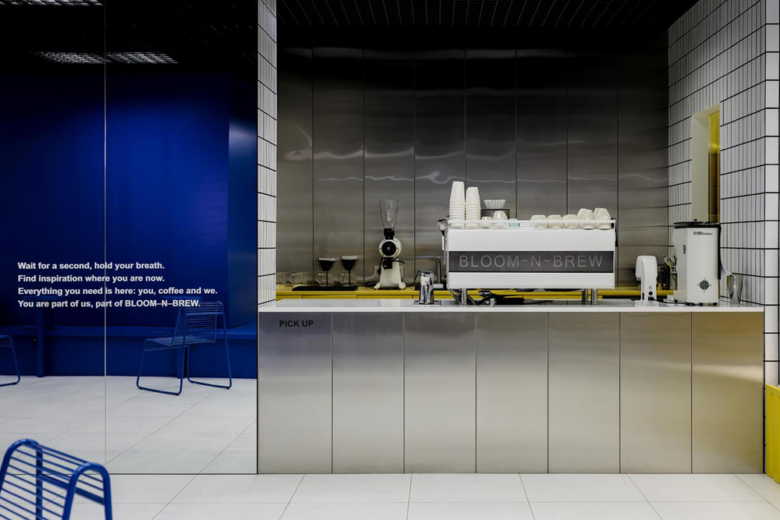 Here’s a joke that’s actually real: What do you call an Americano in Russia? A Rusiano.

You can blame that on Dmitry Medvedev, who deemed the drink’s original name unpatriotic, as well as the country’s newfound thirst for specialty coffee instead of tea – to the tune of a €2.20 billion industry. But as much as the prime minister would like his dark brews to sound more russkiy, many specialty coffee shops today actually look a lot like Brooklyn.

And that’s why Bloom-n-Brew in Moscow is such a standout: it’s a third-wave café that, instead, is proudly inspired by the capital’s recent history.

The inspiration for the space came from the materials present in the city’s streets. ‘From the buildings with the small rectangle tiles that we used on the café’s walls to the profiled sheeting on balconies that we highlighted at the cashier – that’s the concept we wanted to rethink,’ explained Asketik founder Maxim Maximov. ‘Here everything begins with Soviet Moscow, on which the current generation has grown.’ And if you look at the bold use of large type and strong colours, there’s even a hint of Constructivism there.

But it might be that, contrary to many homegrown studios who prefer to find coffee-shop inspiration in New York City, Maximov and his team were able to see their surroundings with fresh eyes: they recently moved to Moscow from St. Petersburg. 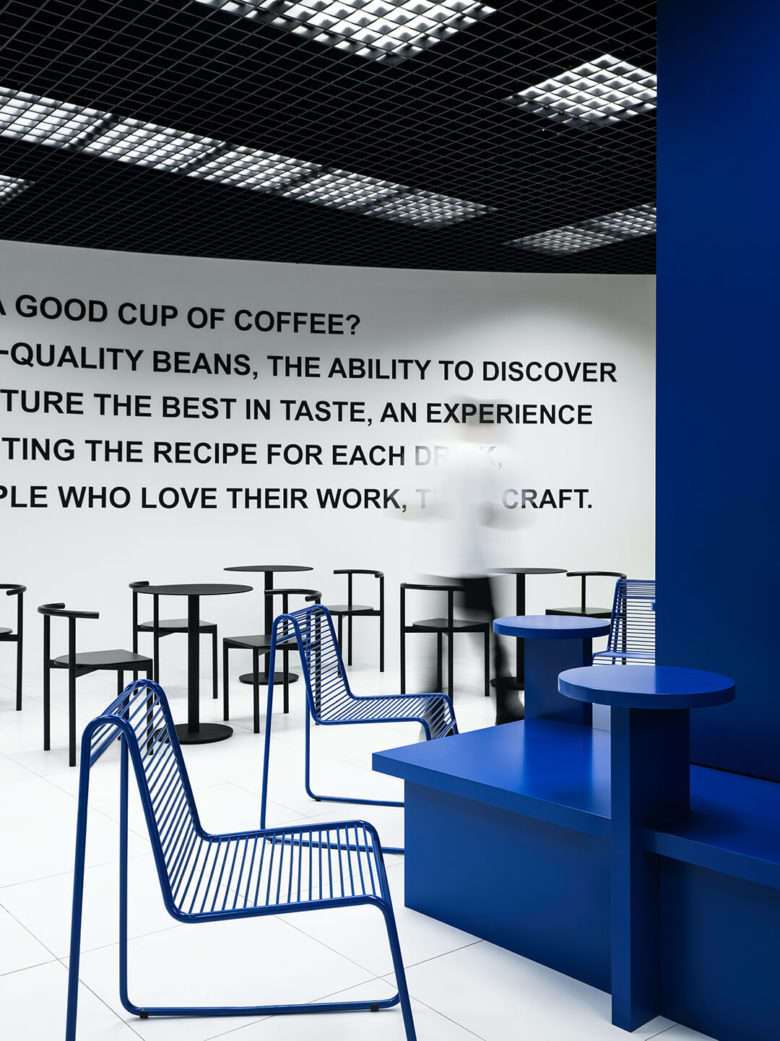 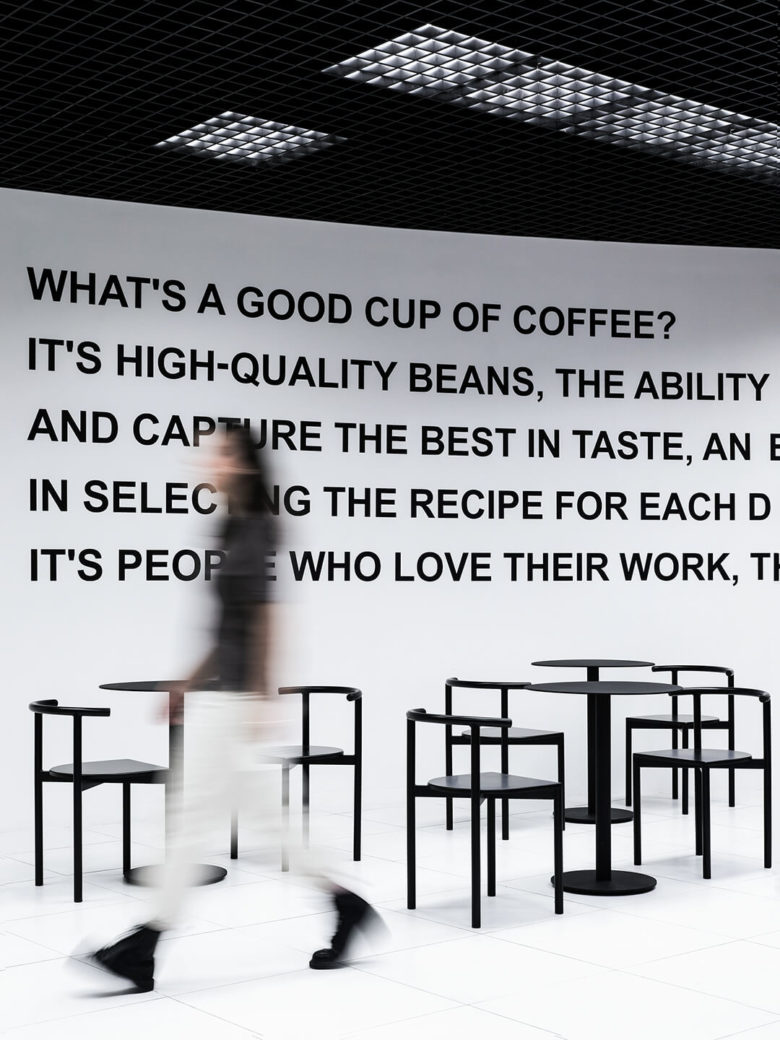 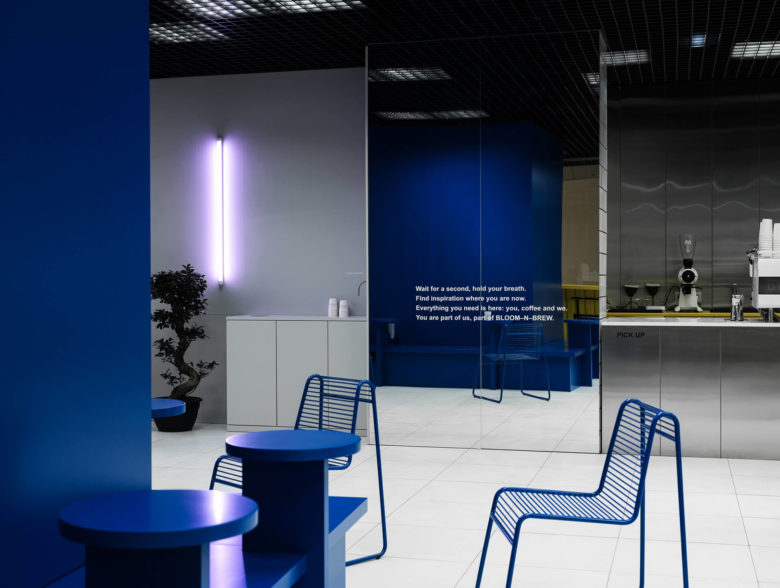 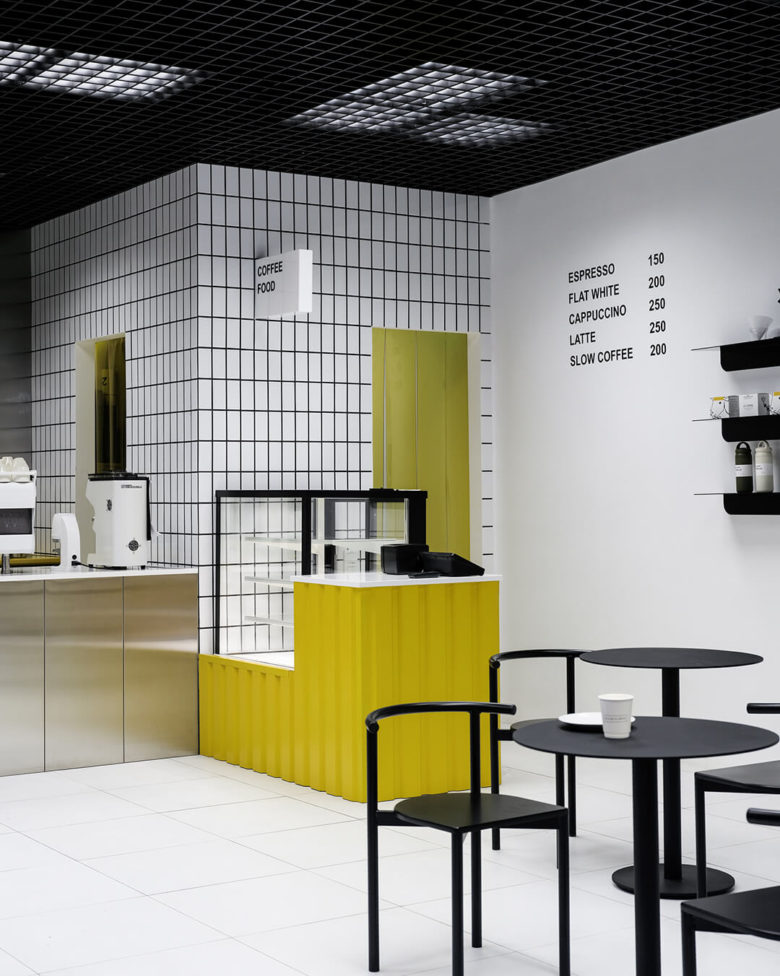 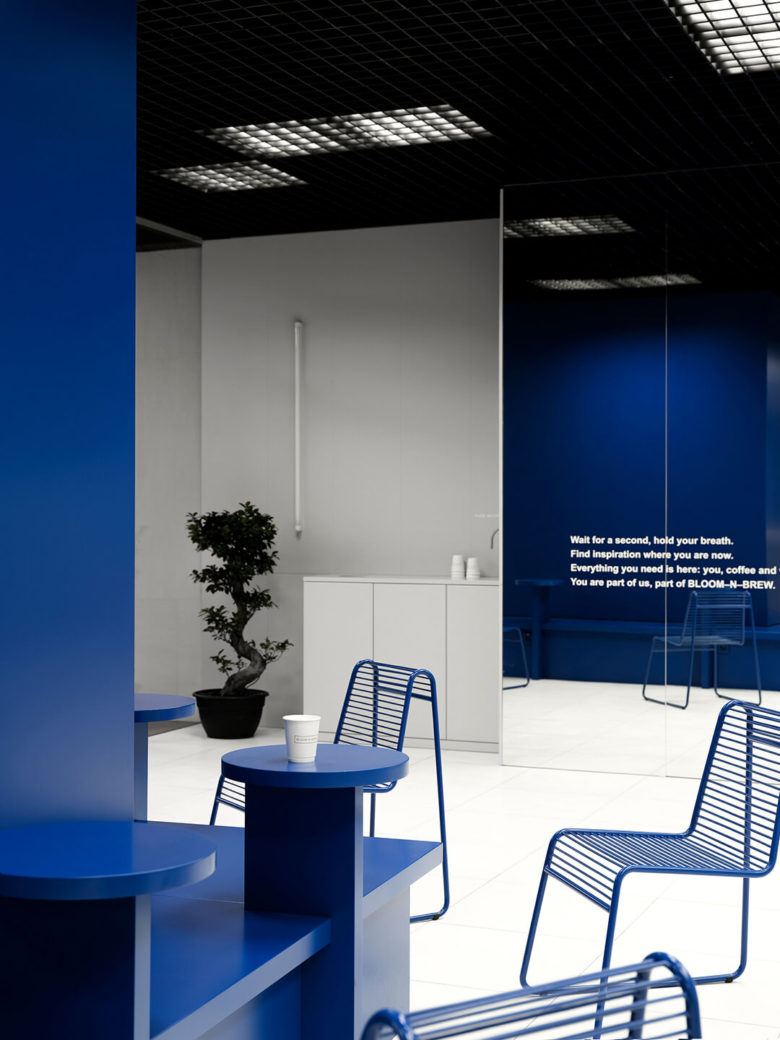 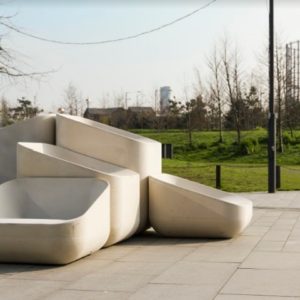 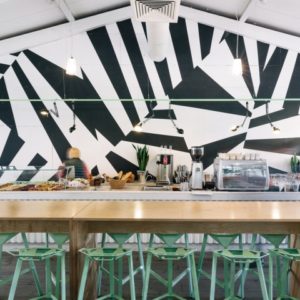 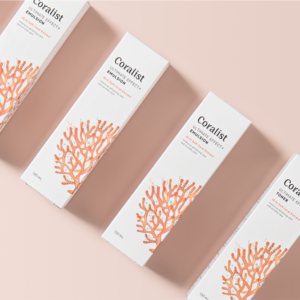 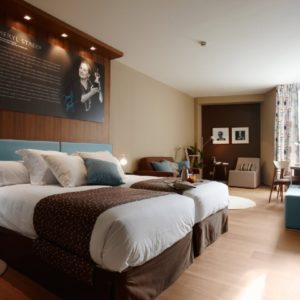