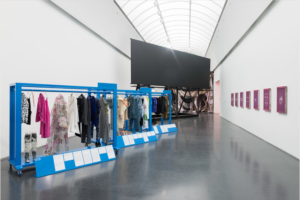 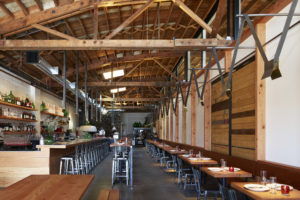 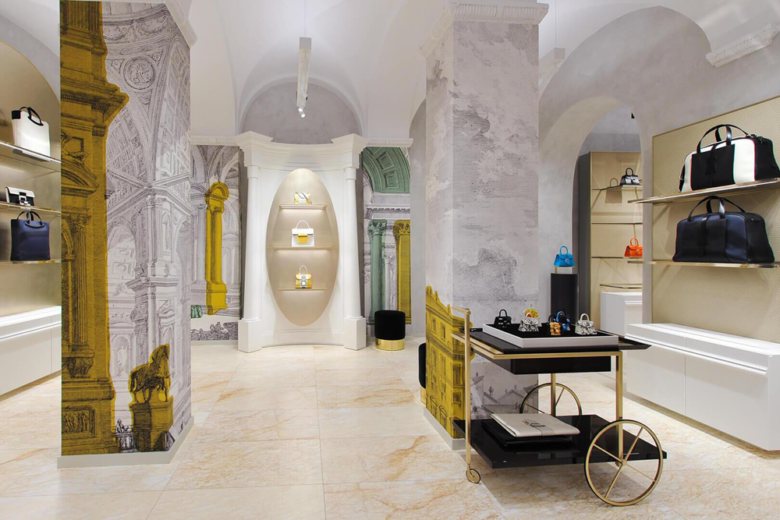 Delvaux, the oldest leather goods house in the world, knows a thing or two about how to keep a brand alive – after all, it was founded in Belgium in 1829, even before the Kingdom itself was established. So, what does it mean when a brand that has seen trends come and go decides to go back to Ancient Rome? Et tu, Delvaux?

That’s the gist of their newest location, located in the Italian capital. Designed by Vudafieri Saverino, the store recalls the domus romana – the typical house inhabited by the upper classes in the age of Augustus. And to be sure, that’s a style we don’t usually see in the luxury retail segment today, usually dominated by marble minimalism.

But that’s why Delvaux is so effective as a messenger: Belgitude, the particularly ironic and self-deprecating sense of humour of the Belgians, is in the brand’s DNA. ‘We decorated the columns with perspectives of Roman ruins by Piranesi, reinterpreted as colourful pop-art works,’ explained Tiziano Vudafieri. By fully embracing the campiness of a bespoke wallpaper featuring Corinthian columns, Roman arches and several types of rosettes, the brand and the architectural team are validating a style usually derided in higher circles.

Could this be another coming of the post-Pompeii-excavation effect? After the rediscovery of the city in the 16th century, Europe fell in love with it saucy frescoes and marble sculptures, and that aesthetic influence spread to places such as the English neo-classical style and German literature. There is no archeological site involved here, but we’ve been seeing a small but strong stream of referential cases popping up, from Rome itself to Los Angeles – make sure to read our upcoming pieces highlighting the style. So, brace yourselves: we might be headed for an earnest embrace of Romulus and Remus’ doing. 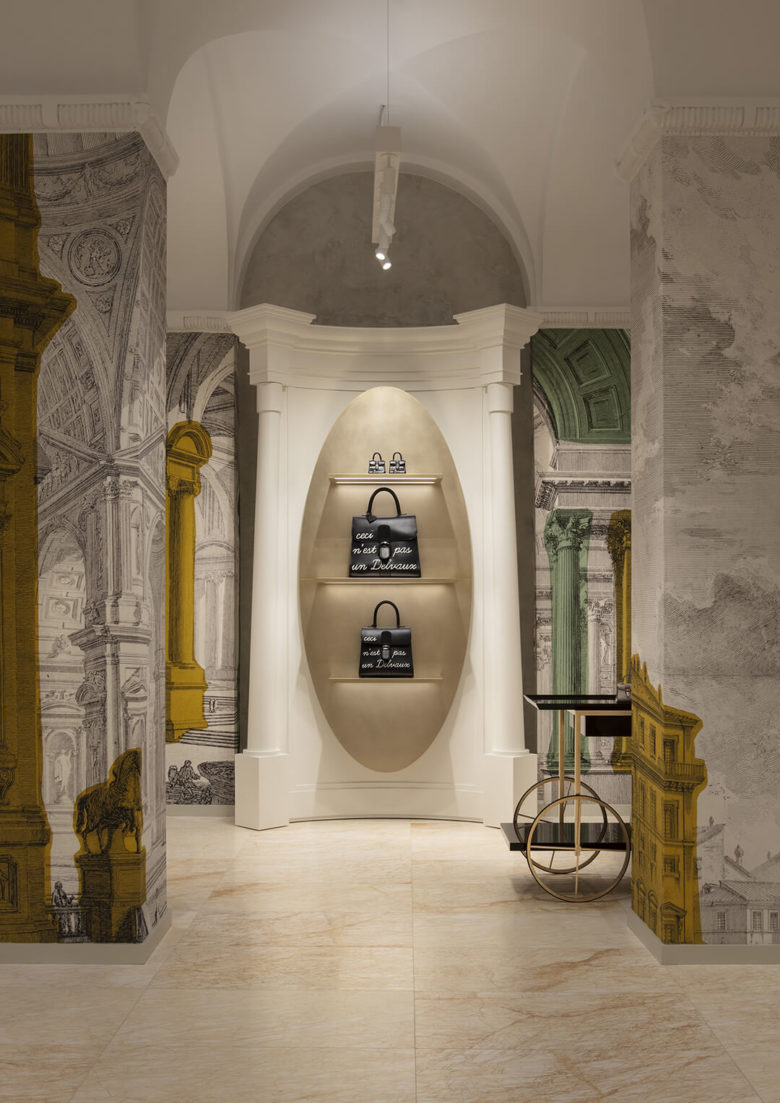 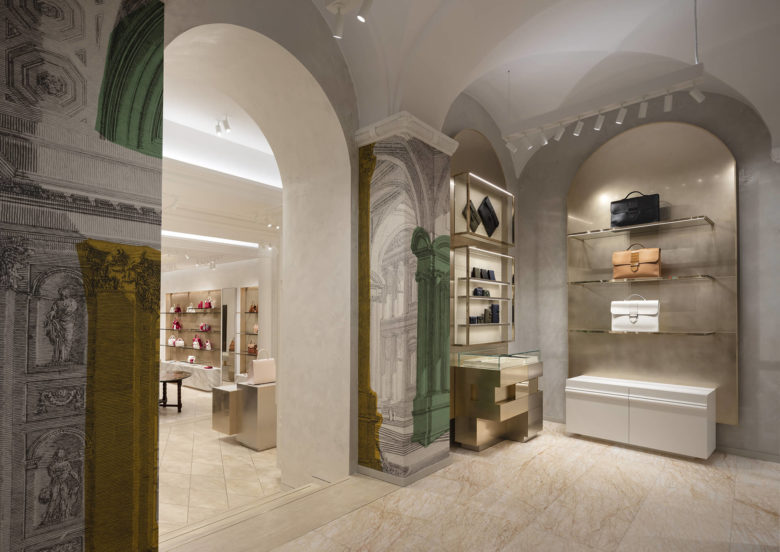 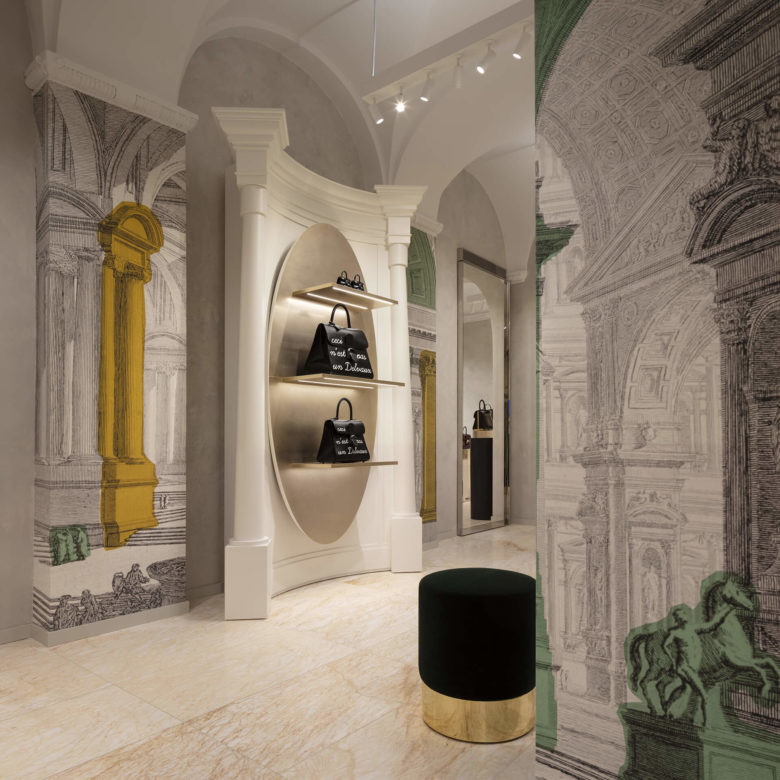 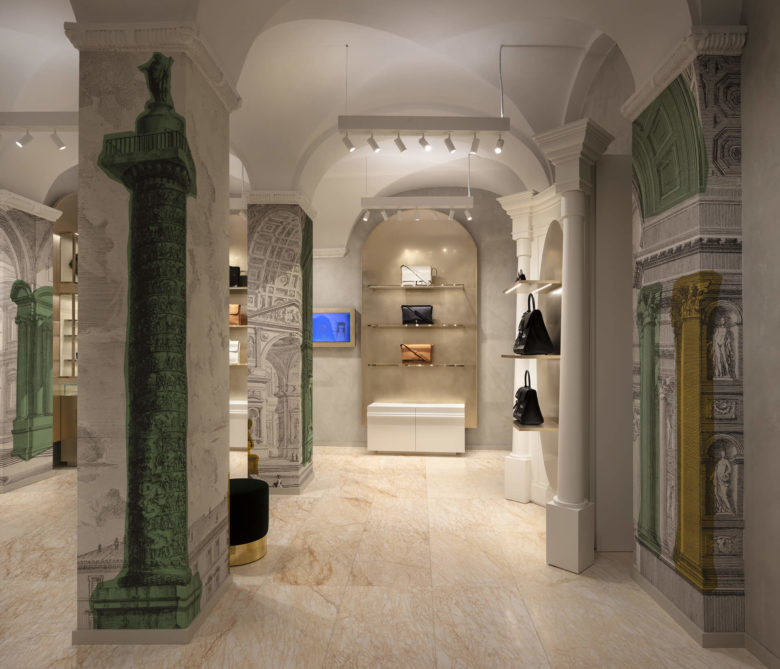 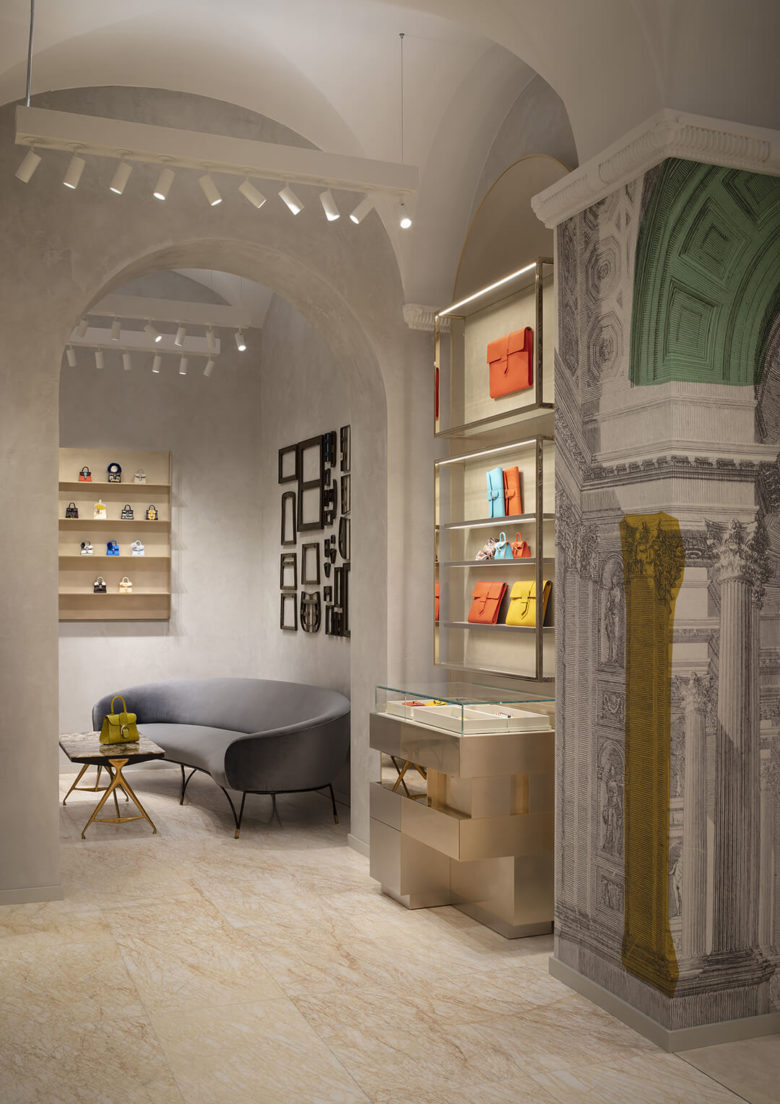 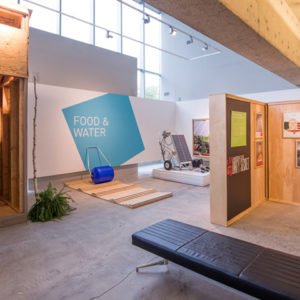 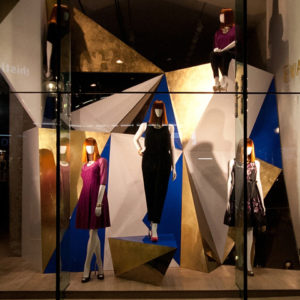 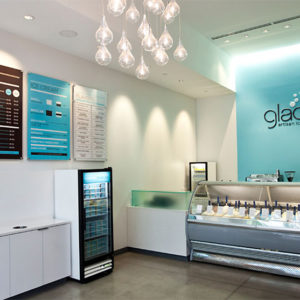