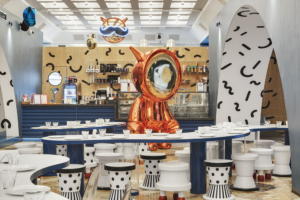 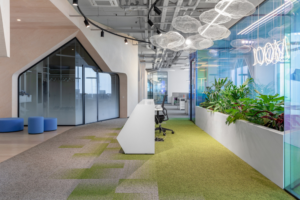 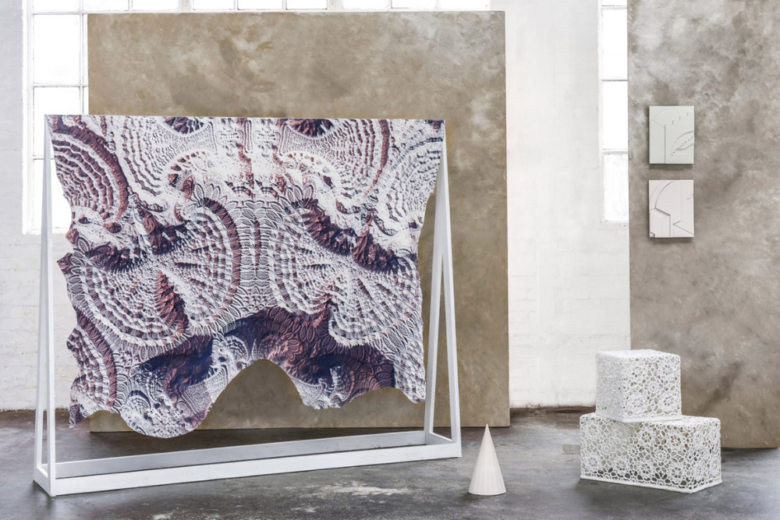 Dutch designer Marcel Wanders has collaborated with specialist leather studio Bill Amberg to design hides digitally printed with close-up fractal patterns based on sacred geometry. Wanders has created two variations of the leather hide based on computer-generated fractals, which are infinitely complex never-ending patterns. The designs were launched at this year’s London Design Festival alongside digitally printed hides by five other creatives, including artist Matthew Day Jackson and jeweller Solange Azagury-Partridge.

The Dutch designer’s hides are a “contemporary version of the language” found in the middle eastern principle of sacred or divine geometry. They form part of his five-year Studies for a Mosque (SFM) series which he hopes will culminate in designing a mosque. Sacred geometry is founded on the belief that there are mathematical principles at work in nature, and an inherent significance and order within these forms.

“We work a lot in the Middle East, so you don’t want to put your typical European stuff everywhere. When things are authentically correct, they look right in a place,” explained Wanders.
“[In the Middle East] they don’t do drawings of people, they don’t do flowers, instead they have what they call the divine geometries,” the designer continued.
“This idea is very eternal, and very deep so it kind of made sense to me to put it on leather.”

The design on Wanders’ hides adds a three-dimensional quality to the leather. The designer describes the fractal patterns as being like “microbes” or “landscapes”, and even “a map of the world”. The fractals are created using computer code, and realised at very high resolutions. Small changes to the code affect the finished design, creating patterns at different scales.

The design that has been printed on Wanders’ hides is more than 400 dots per inch (DPI), but the digital file is large enough that a version three times more detailed can be used for future hides. “The code is basically the genome of the design. If you change one thing, something changes. If you change two things, a mess can break out, and with the colour we can manipulate it a bit more,” Wanders explained. 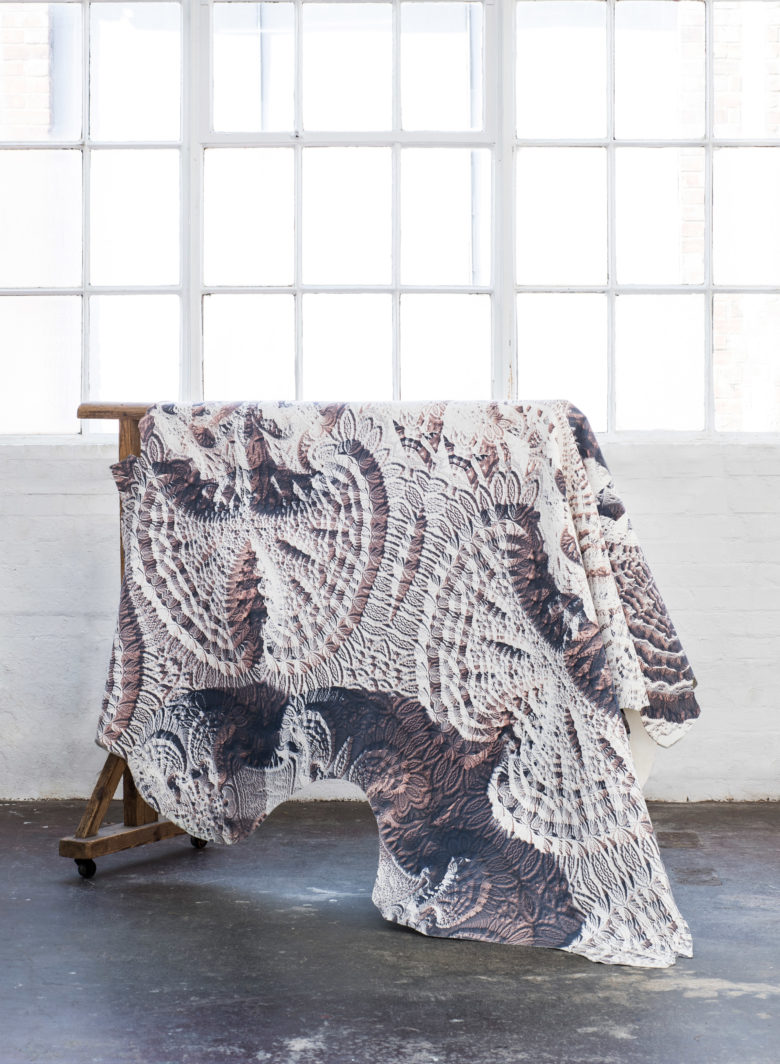 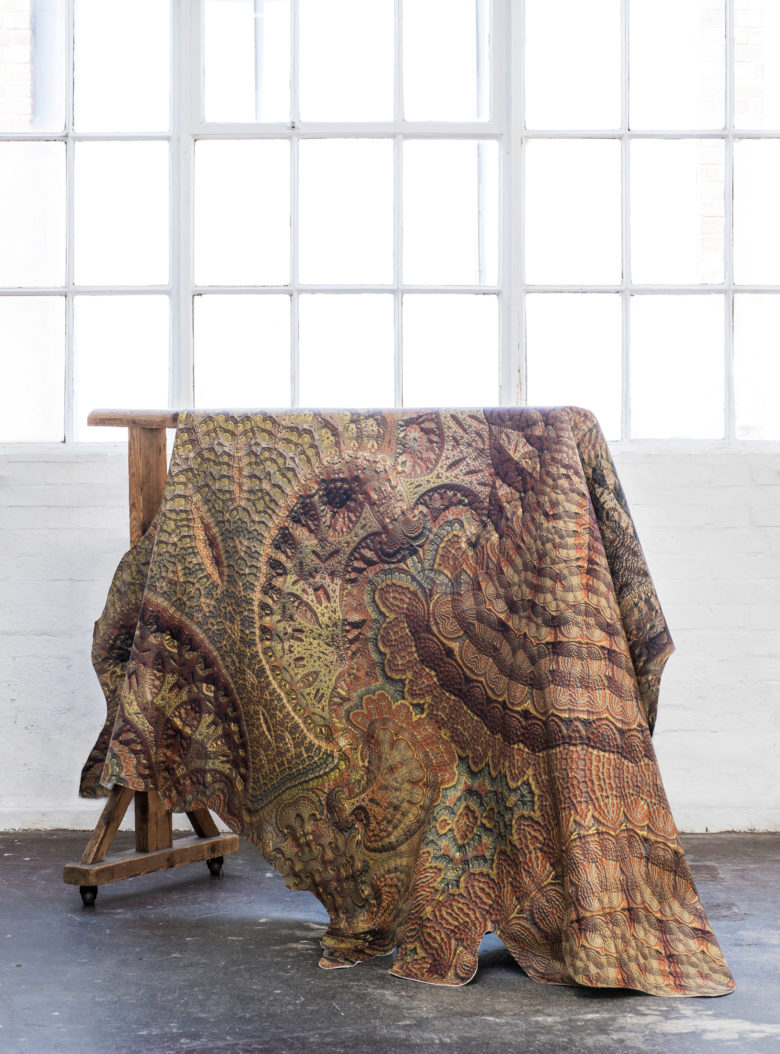 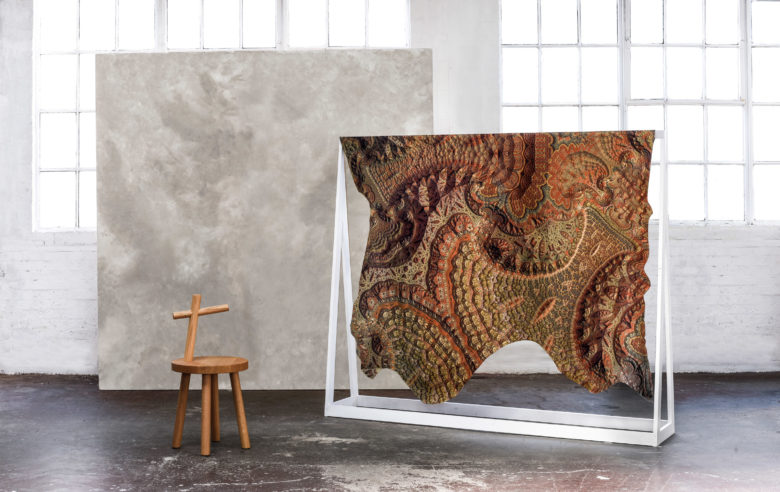 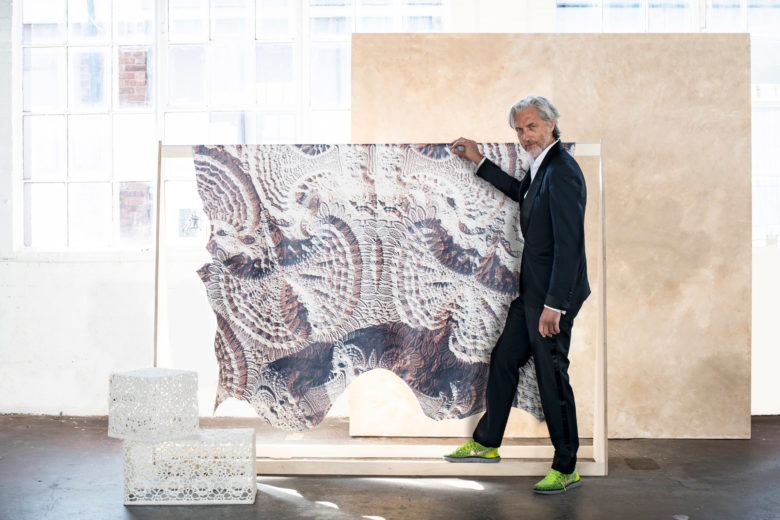 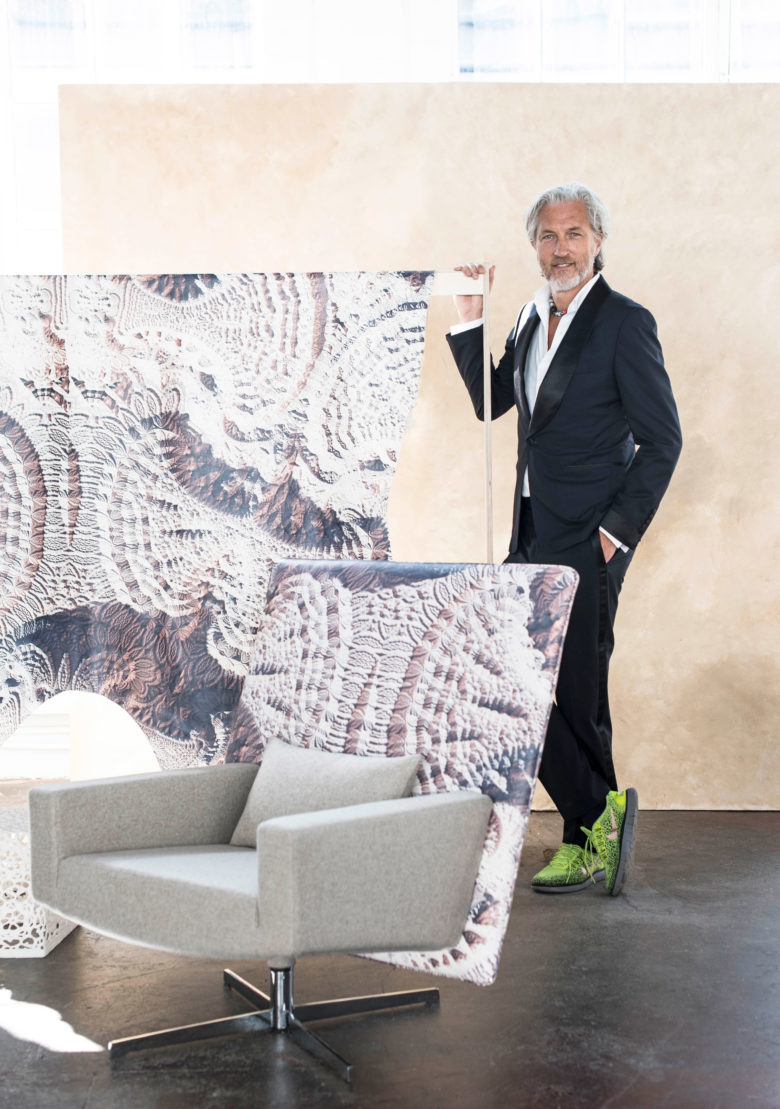 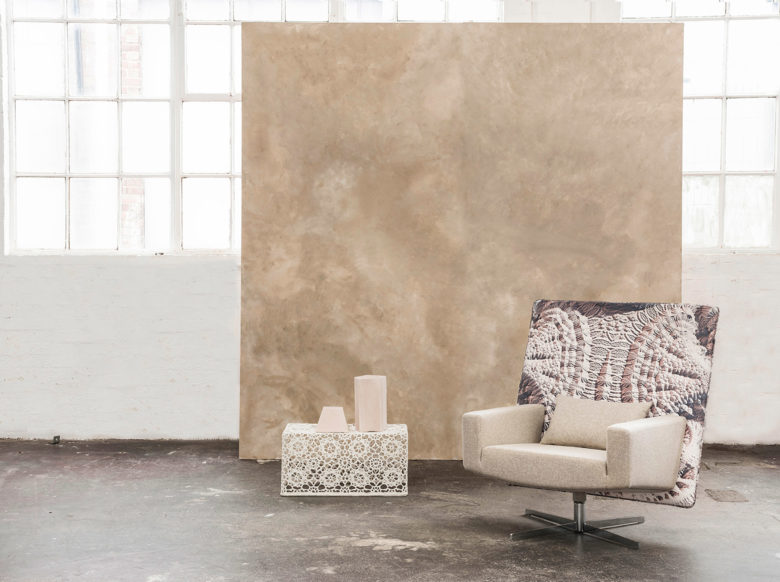 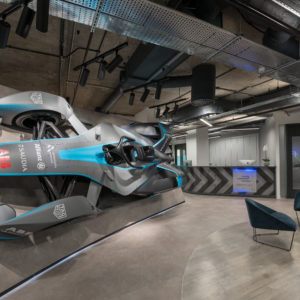 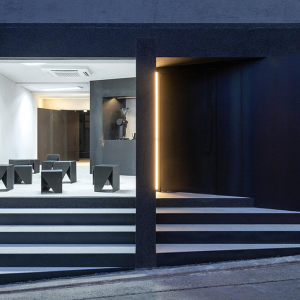 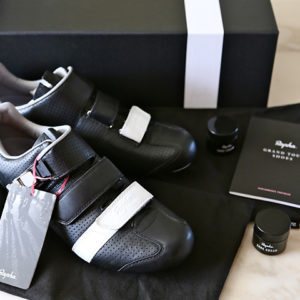 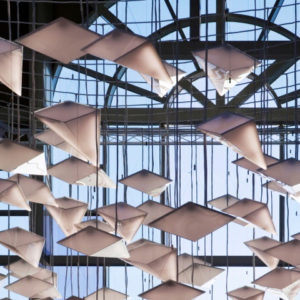