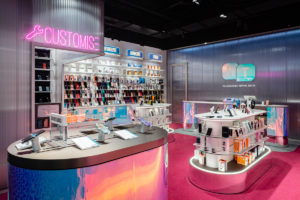 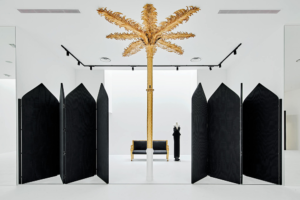 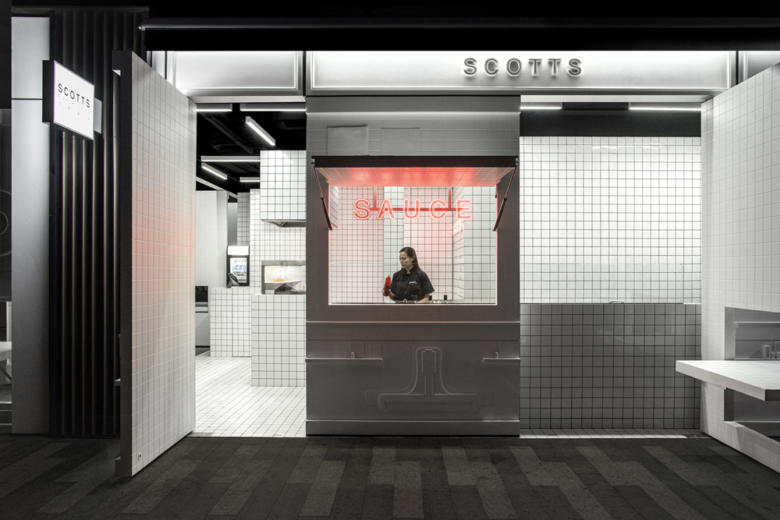 Fish and chip shops from around the UK were 3d scanned by London and Hong Kong based creative studio Unknown Works, and digitally replicated to form the active, unfolding facade of this concept restaurant in Chengdu, China.

When Xi Jinping visited Scott’s Fish and Chip shop in York in 2015, the restaurant gained a new and international audience and a deal was struck to take the chippie to China, making it the first of its kind in the country.

The tiny 33sqm restaurant sits within Taikoo Li, an upmarket shopping district in the heart of Chengdu, China’s fourth largest city. The site is located at a prominent corner junction within the Swire Properties owned estate. With the interior space being so limited for dine-in guests and the exterior envelope being such a visible marker of the site, it was immediately obvious that the facade itself should play the key role in the project – forming both an active space for restaurant goers to inhabit as well as being the conceptual framework for the entire restaurant.

The concept was formalised through 3D scans of existing textures, patinas, interiors and exteriors of a variety of fish and chip restaurants around the UK, including the original Scotts. Meticulous details and idiosyncrasies such as ornate facades, joinery details, salt shakers, fishy trinkets and even down to wallpaper textures have been digitally captured and replicated. The digital point cloud data collected through lidar scanning and photogrammetry were processed to form a library of architectural elements that form the facades for Scott’s TKL.

The new and active facade is made from alabaster white Glass Reinforced Plastic (GRP). Specialist contractors normally appointed in the fabrication of oversized mascots for Disneyland and film sets for Marvel used large-scale 5 axis CNC milling machines to carve the reusable moulds for each of the 1.1m x 3m doors which were then lined, cured, and hand finished.

Each door that makes up the facade unfolds to form both the characterful face to the newly transplanted chippy as well as acting as the integrated furniture for this compact but prominent intervention. Tables unfold from the centre of each panel giving each diner a framed view of their neighbours.

The layout of the internal kitchen follows a weaving, customer-facing counter, creating a linear experience of the preparation, cooking and packing process. The interior has been pared back to a graphic white tiled grid that covers the floors, walls, counter and continues to form hidden doors that conceal a myriad of storage spaces.

Scotts TKL is the first embodiment in a series of international outposts of the traditional chippie reimagined for China. Taking the notion of ‘Shanzai’, a term describing the act of copying and imitation that is so often indiscriminately directed at Chinese commerce, this project aims to frame the discussion around the guises of what cultural exchange, dialogue and trade can take in modern Sino-British relationships. 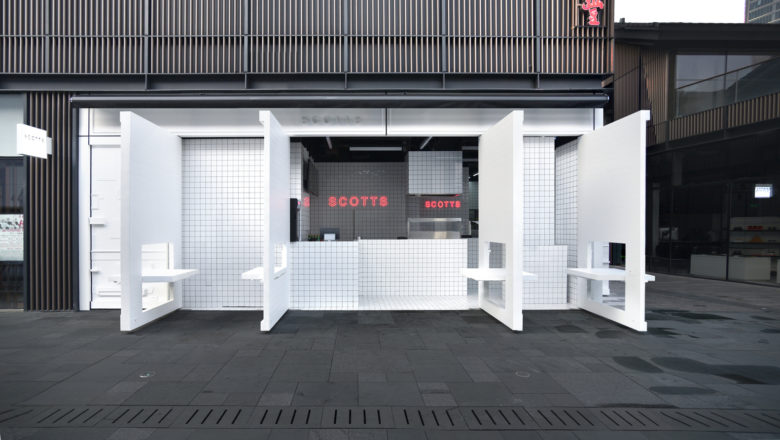 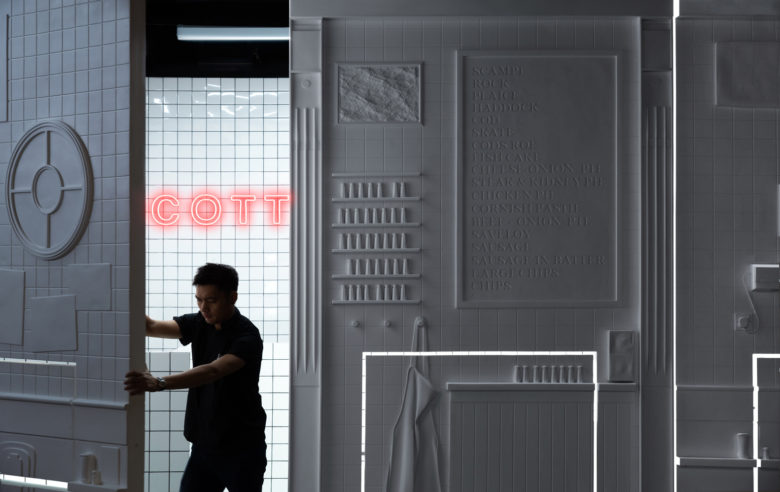 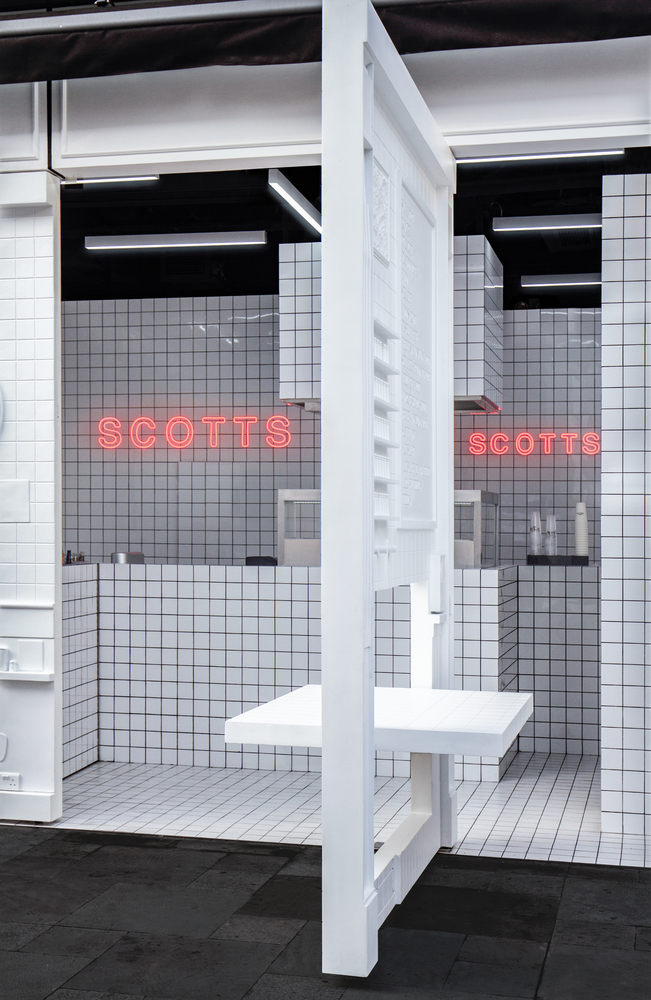 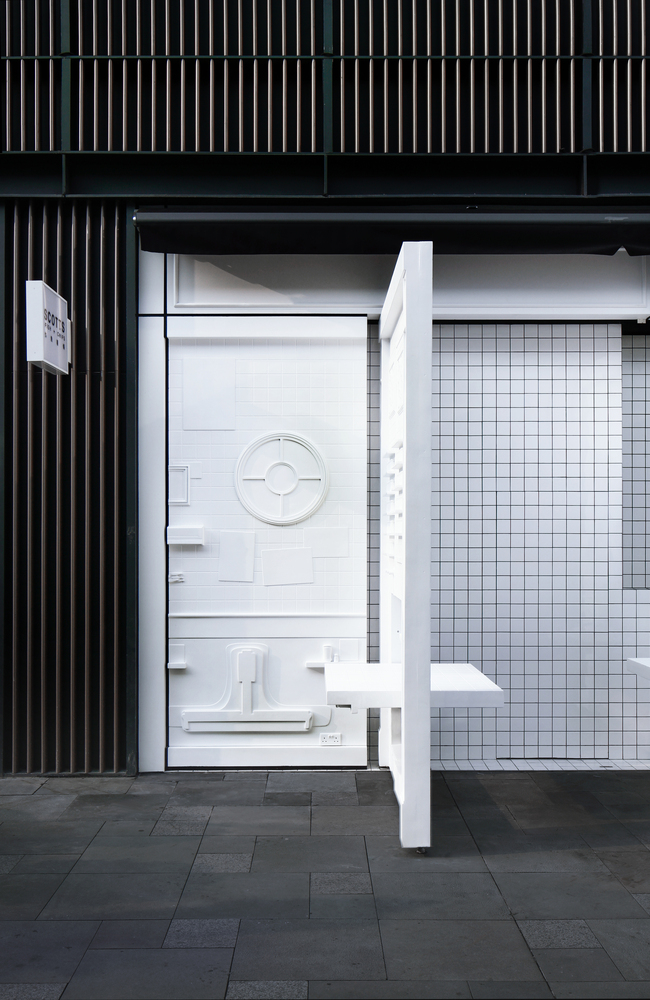 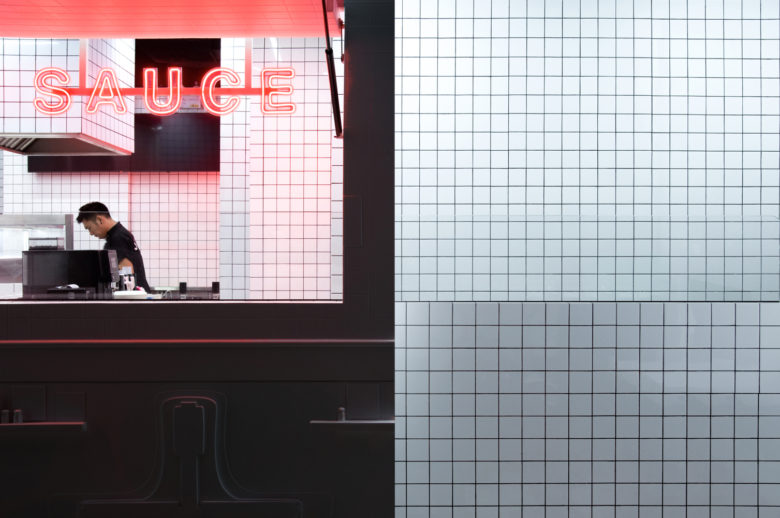 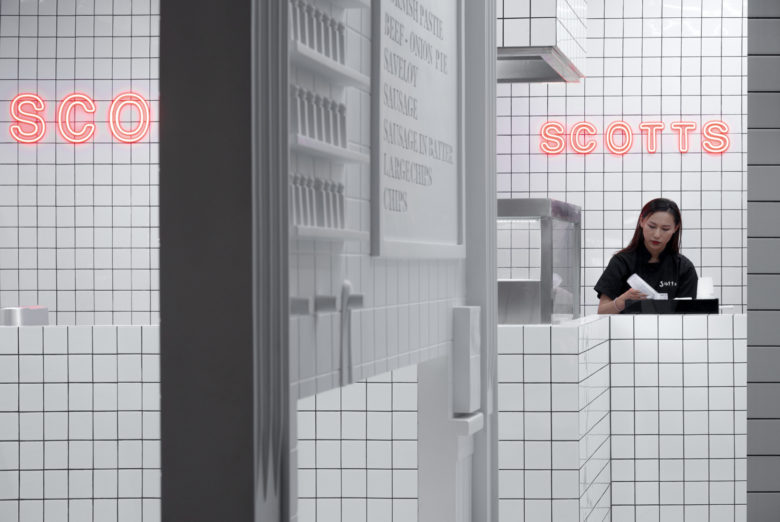 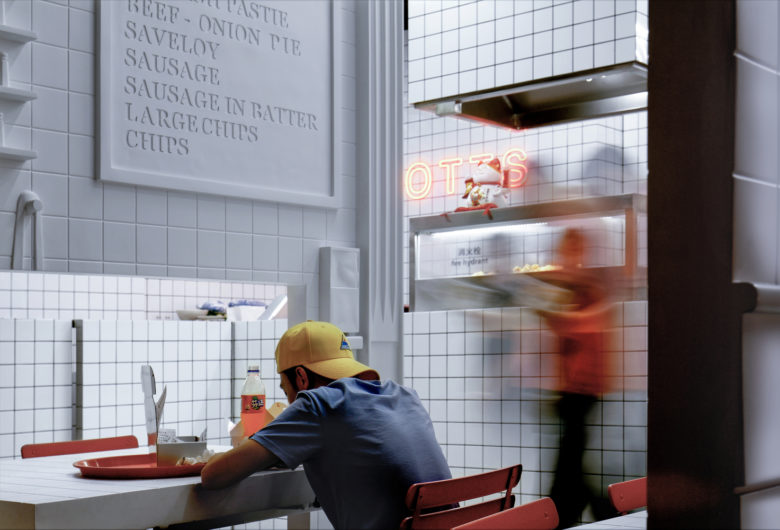 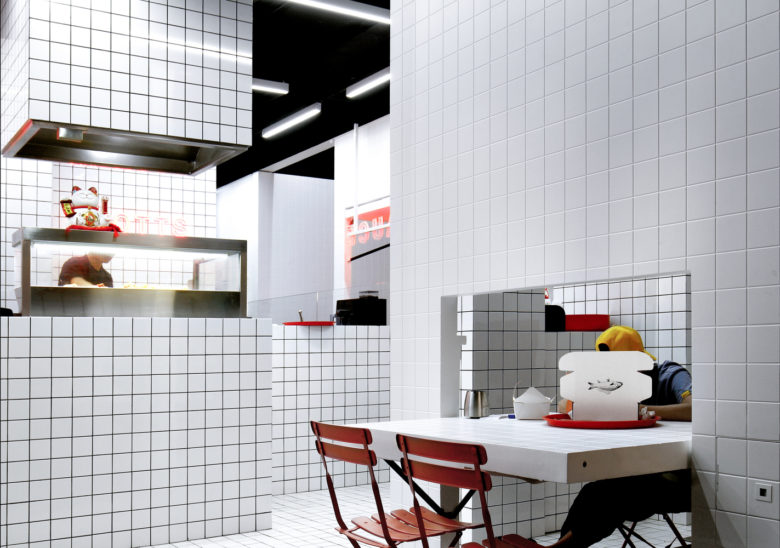 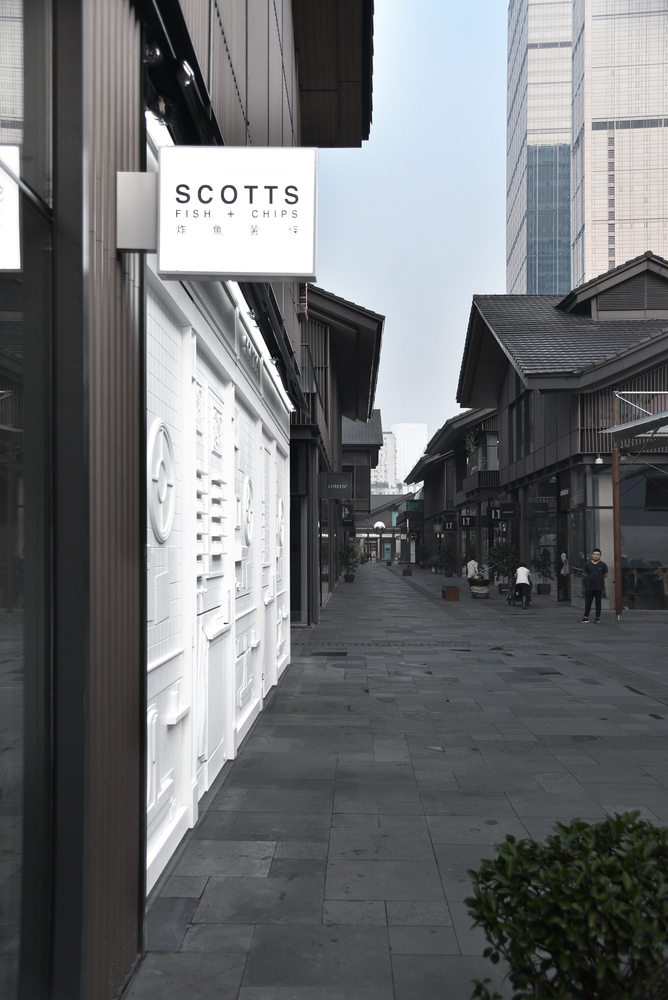 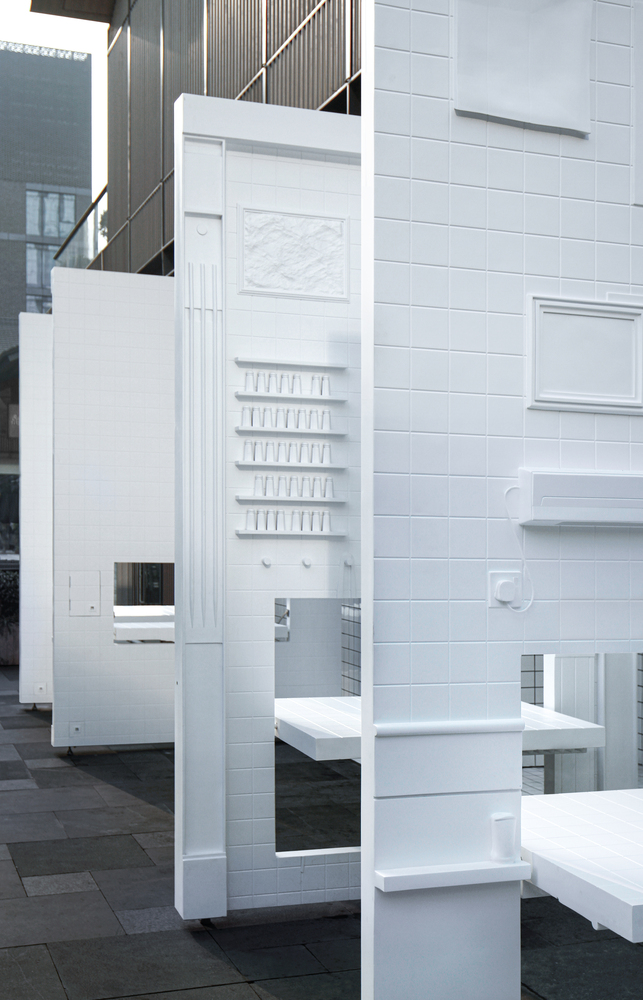 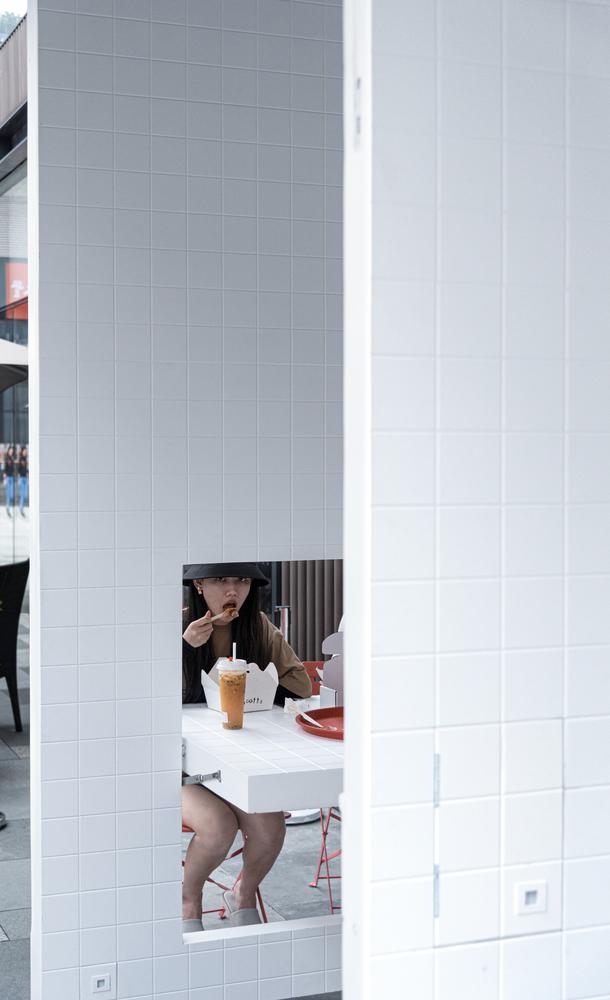 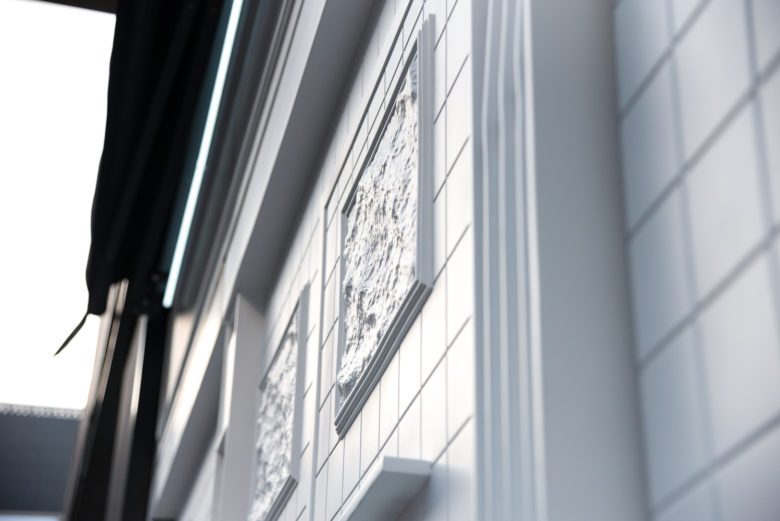 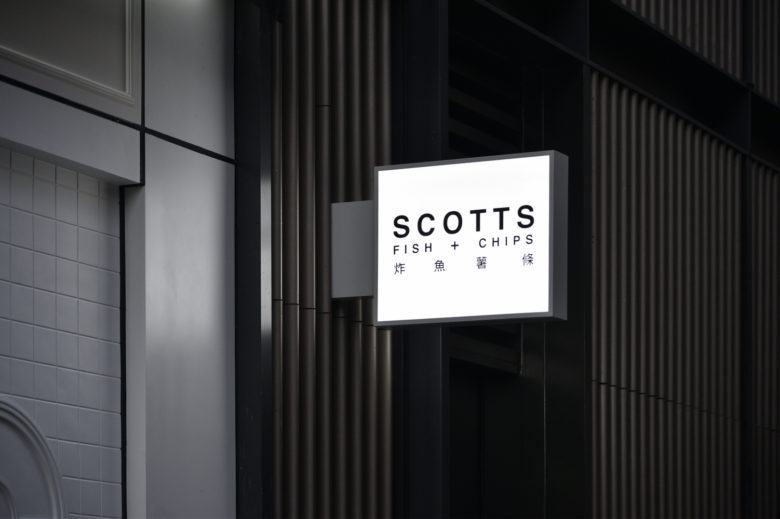 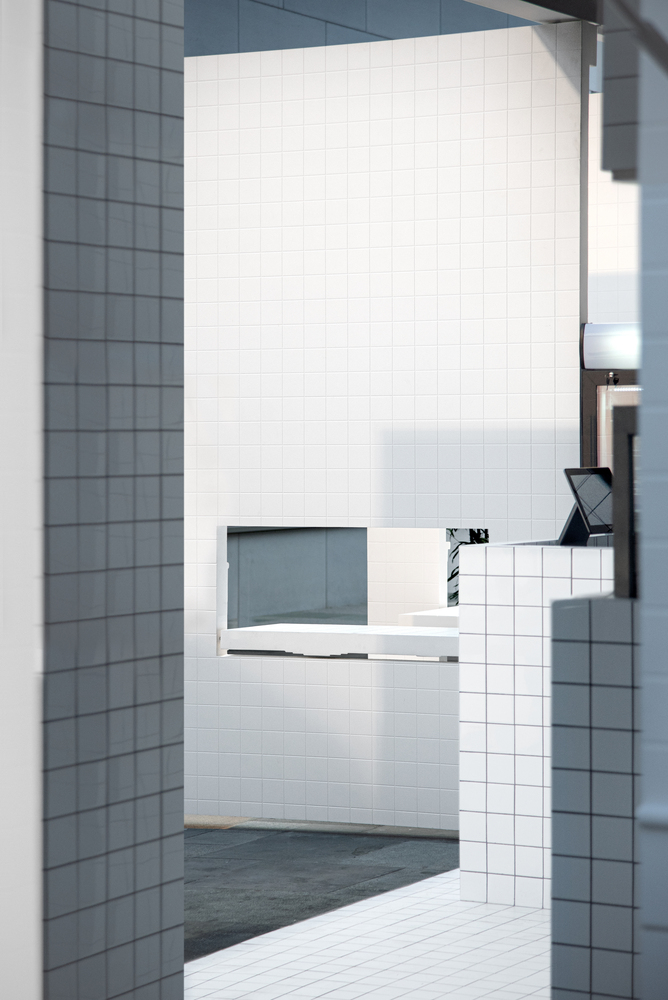 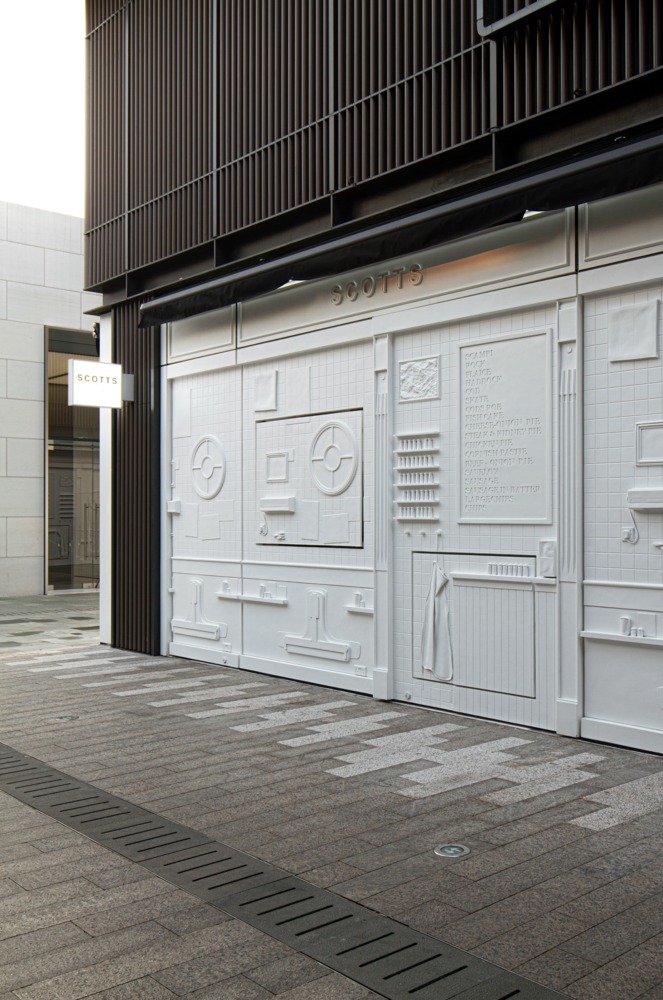 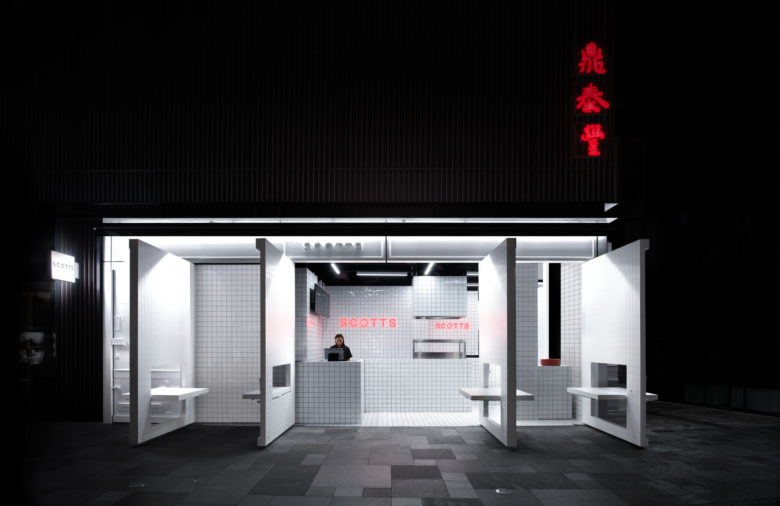 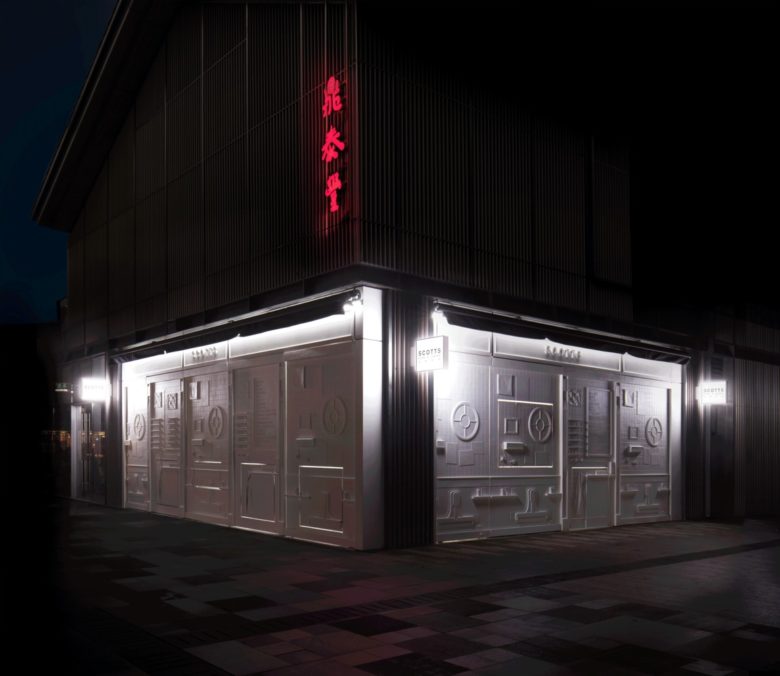 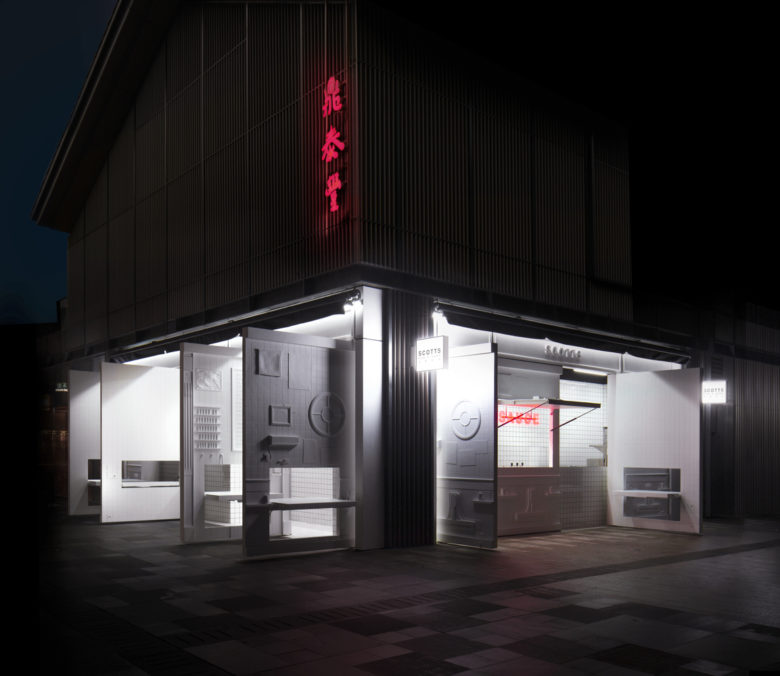 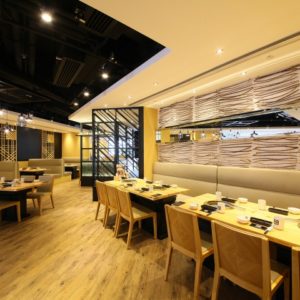 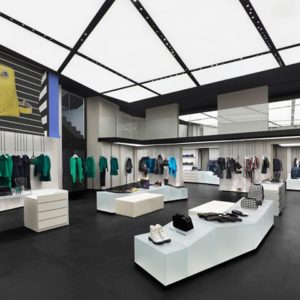