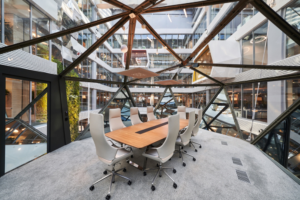 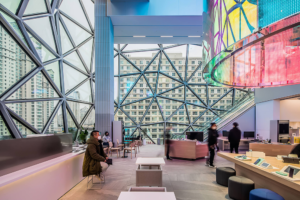 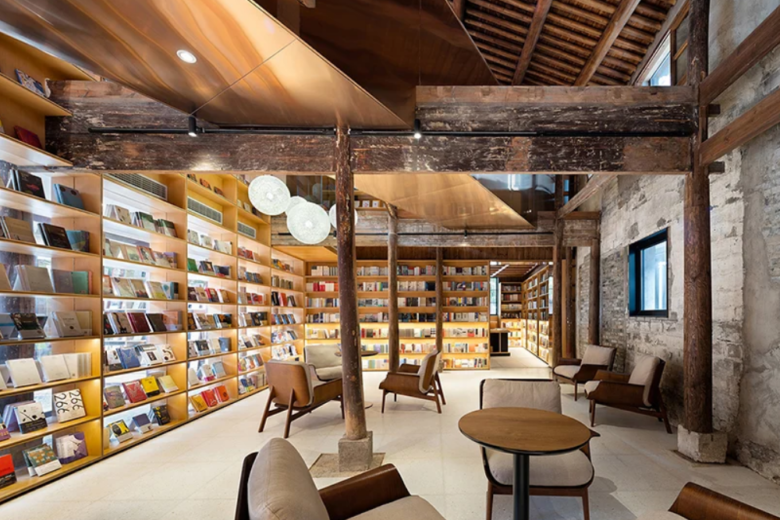 LYCS architecture has designed ‘Linhai Yufengli Homestay‘, a lodging property situated within the ancient town of Linhai, in Zhejiang province of China. The site used to feature a century-old pawnshop, consisting of a courtyard with a history of more than 100 years, two brick-concrete industrial houses with a history of 60 years, and two old warehouses with a history of more than 30 years. The architects carried out a thorough reconstruction and renovation, in order to upgrade the entire ancient block, while preserving the numerous historical buildings and the traditional neighbourhood lifestyle.

At the beginning of the project, LYCS architecture had to face a challenge: how could the new renovation create a new living space experience in the face of three buildings of different ages? With this question in mind, the focal point of the design was conceived; ‘time and space corridors’ that connect the existing buildings of the three different historical eras in the late Qing dynasty, early republic of china, post-liberation and reform and opening up. Although the buildings have been somewhat ruined, they still retain their unique aesthetic and spatial functions.

In the 100-year-old Siheyuan type building, the repair was made in accordance to the original appearance. The 60-year-old industrial building remnants were repaired, while local innovation was carried out around them, creating a contrast effect. As for the 20-year-old modern buildings, on the basis of retaining the original framework, substantial interventions were made to make it more fashionable. The entire building complex still holds the architectural beauty of each age, revealing different parts of Chinese history. The design highlights the dramatic historical collision, so that people of different ages and backgrounds can develop a meaningful understanding of the built environment.

The Homestay has not been designed as an ordinary hotel, but based on users’ behaviour, who want to experience the living space and participate in the dialogue between man and history. The rooms around the Siheyuan courtyard allow imagination ‘under the sky’, with the original wooden beam and column structure echoing with nature and purity. The 60s guest rooms are 50% traditional + 50% modern, as the interior showcases the modern renovation, while preserving the atmosphere of the 60s building. The brick and concrete structure with historical texture was conserved, and the main living function was placed in the center of the guest room, giving the user a sense of sufficient space. The 90s guest rooms are 20% traditional + 80% modern, with the traditional elements of the 1990s selectively screened and transformed into partial details. A large number of wooden features create a modern and warm living atmosphere, accommodating users in pursuit of stylish and simple living experiences. 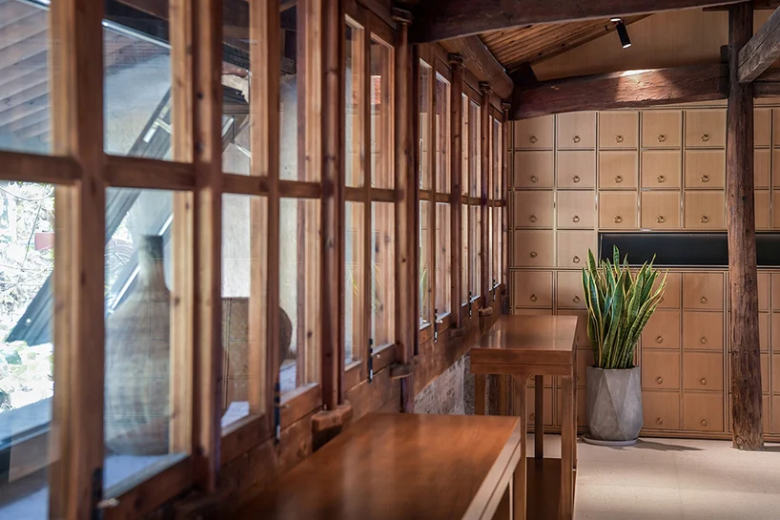 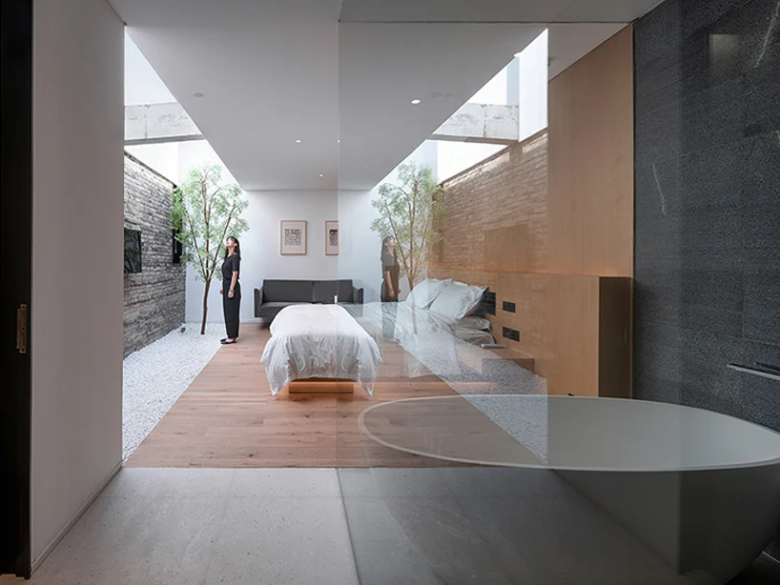 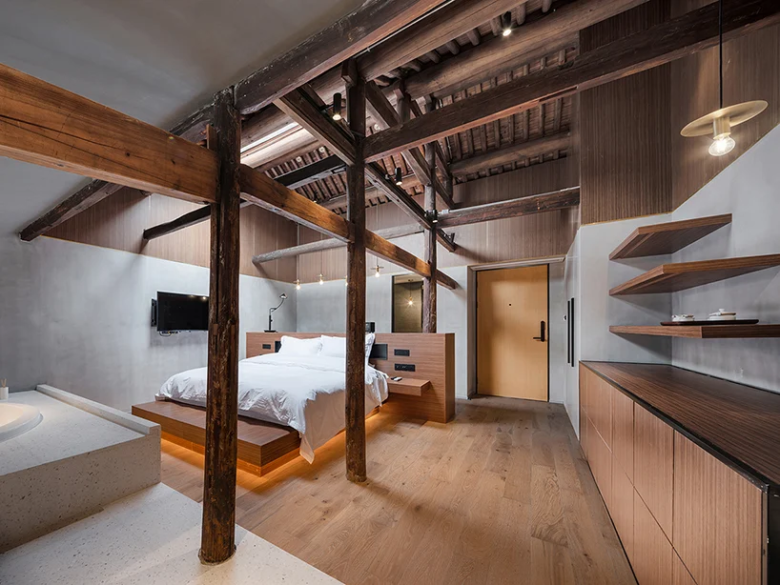 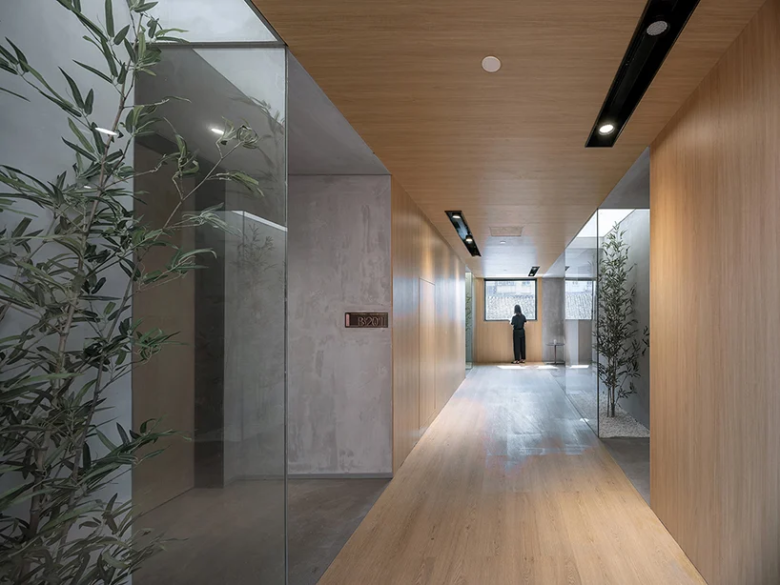 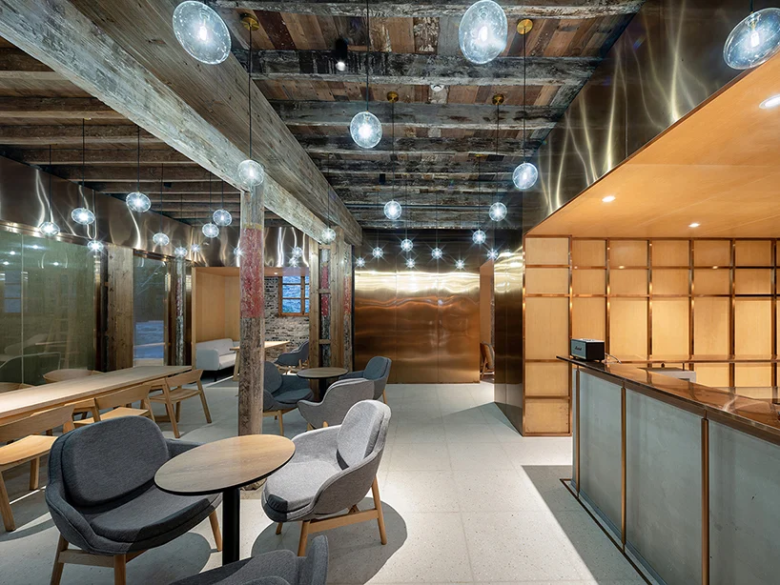 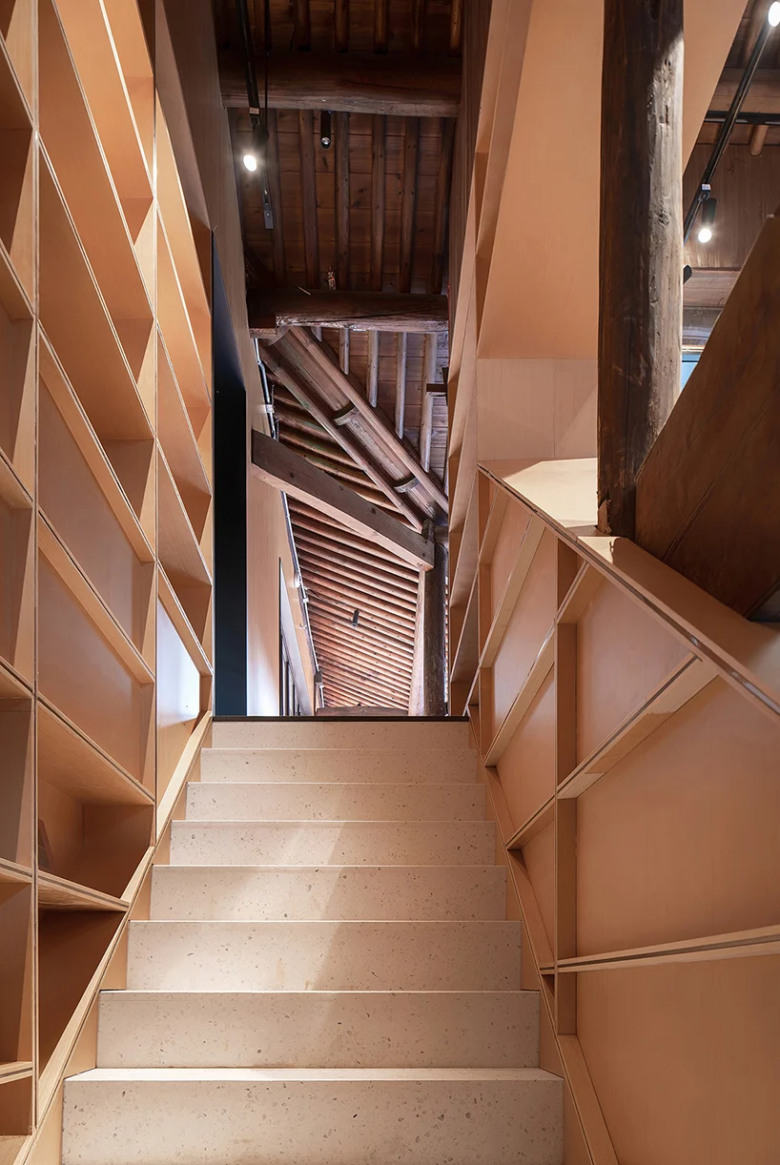 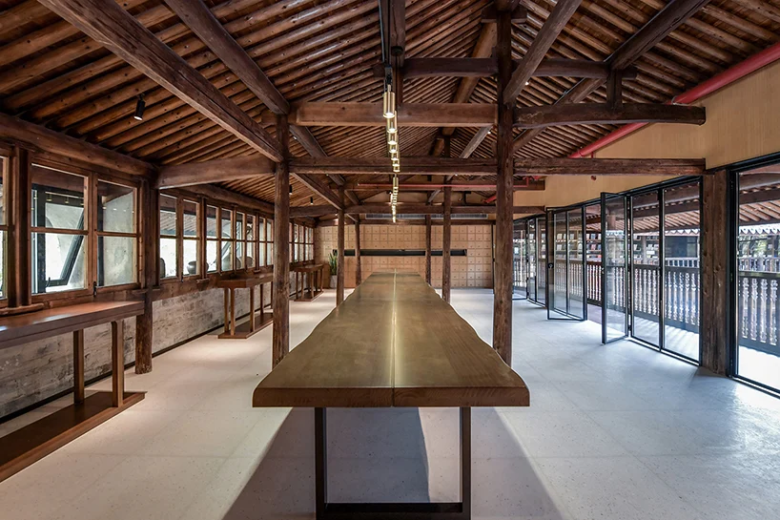 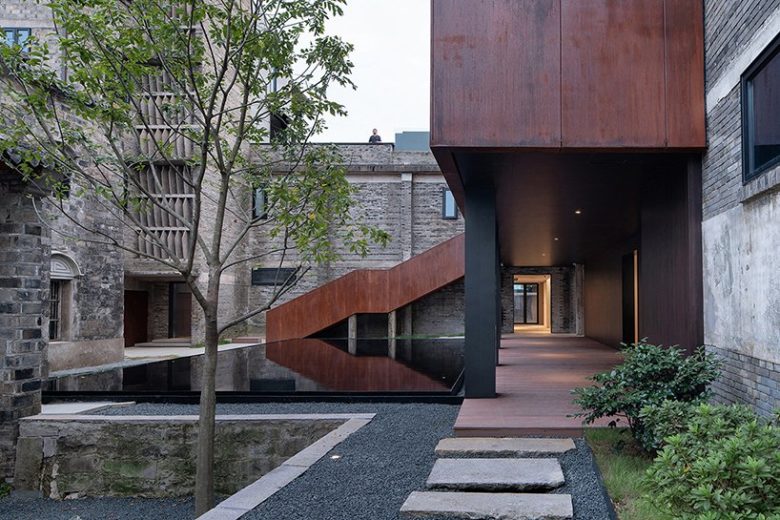 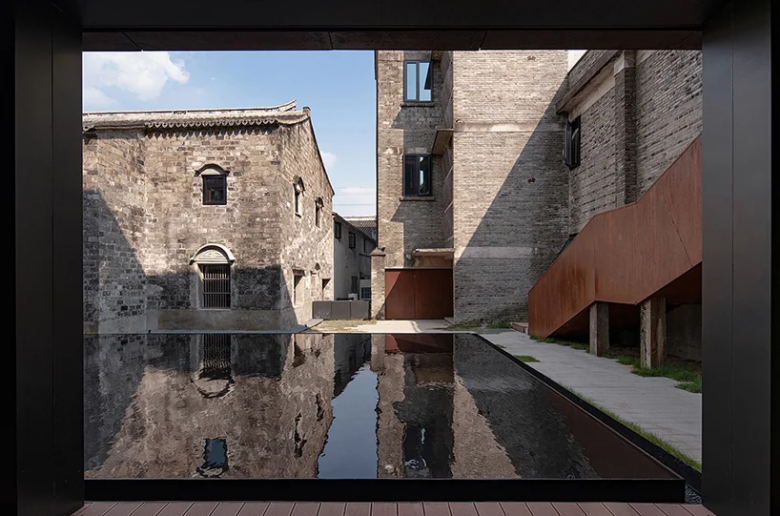 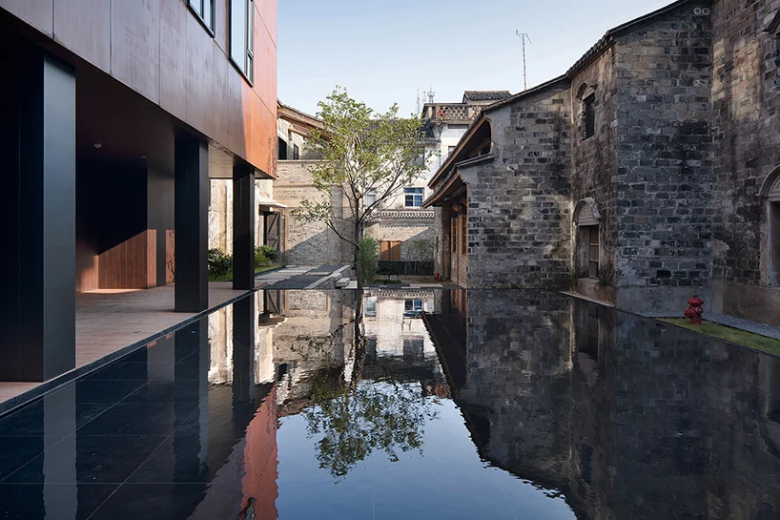 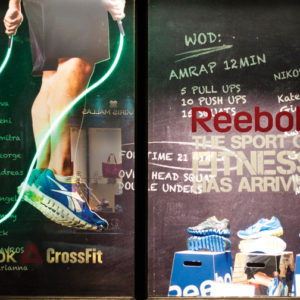 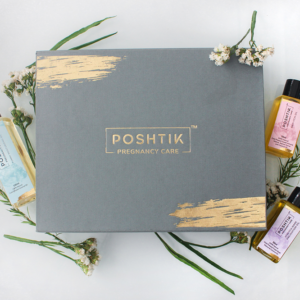 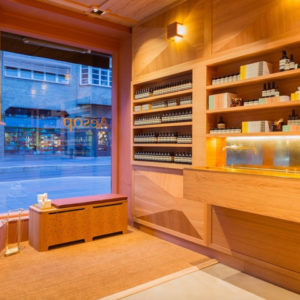 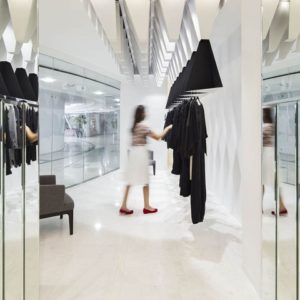