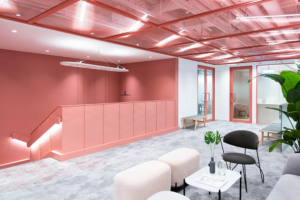 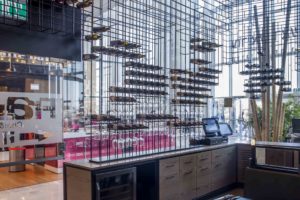 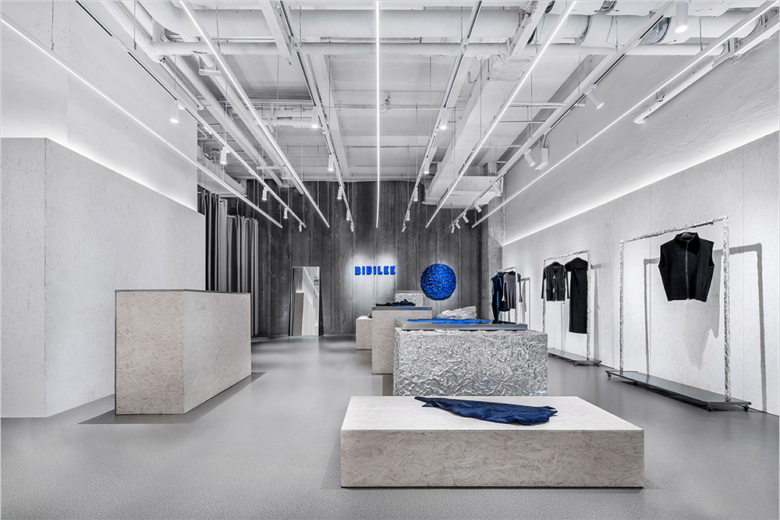 From a perspective based on luxury consumption, China rules fierce as the planet’s biggest market. This upward curve has yet to see the end, and meanwhile, the effect also trickles down to other segments. The increased maturity and volume of the country’s consumer market has spawned a wave of homegrown design brands along the way, catering to various segments and demographics. Following a formal training at Milan‘s prestigious Politecnico, designer Bei Bei Li returned home and settled in boomtown Shenzhen and founded her fashion brand BIBILEE in 2018. Focusing exclusively on womenswear, the brand is the result of a lifelong passion, and interestingly, the silhouettes predominantly feature pleated fabrics. The company manages one boutique in neighbouring Guangzhou, the region’s largest city and leading fashion hub, but as Shenzhen‘s plush lifestyle credentials have are increasing each year, an additional pop-up store was opened. Situated at Upper Hills, a highly prestigious residential and shopping complex in the heart of the city, the pop-up store occupied a lofty 110 sqm. (1,184 sq.ft.) unit on the third floor and featured a minimalist interior design by local architecture and design practice MOC Design Office.

The chosen design codes are inspired by BIBILEE‘s pleated garments, and given the store’s limited lifespan, the space needed to be clean and uncluttered, abandoning the traditional display of merchandise, and instead, emphasising the building’s concrete shell. The exposed ceiling with utility pipes and walls were give a white makeover, similar to the particleboards which covered the lower half of the walls. The same material was used to create various display booths at the centre of the store, some covered in intentionally crumpled tin foil and matched with shiny stainless steel tops, and a sales counter. Tin foil is also used as cover material for a large wall-mounted shelving unit, three clothing racks, and a decorative circle on the wall right next to the brand name. But both have been dipped in International Klein Blue, the iconic hue developed by French artist Yves Klein (1928-1962), to create an additional focal point. Rows of suspended linear light fixtures add to the strong sense of order and spartan understatement. The BIBILEE pop-up store has been operational for three months only, closing its doors on Mar 31. 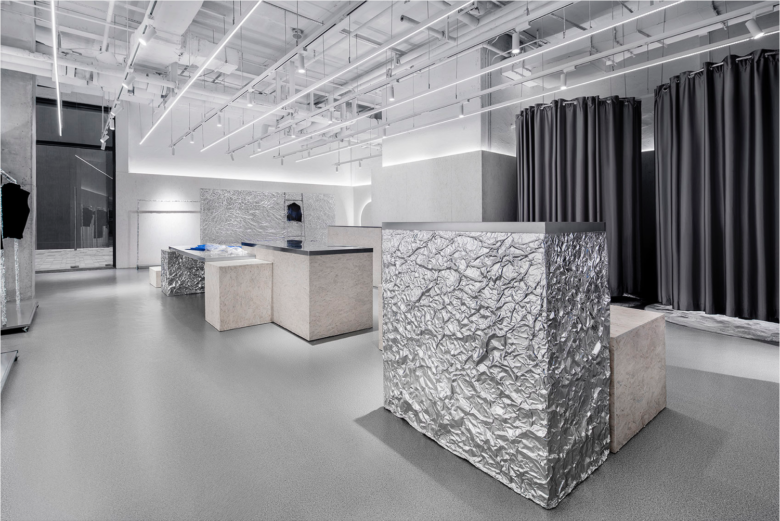 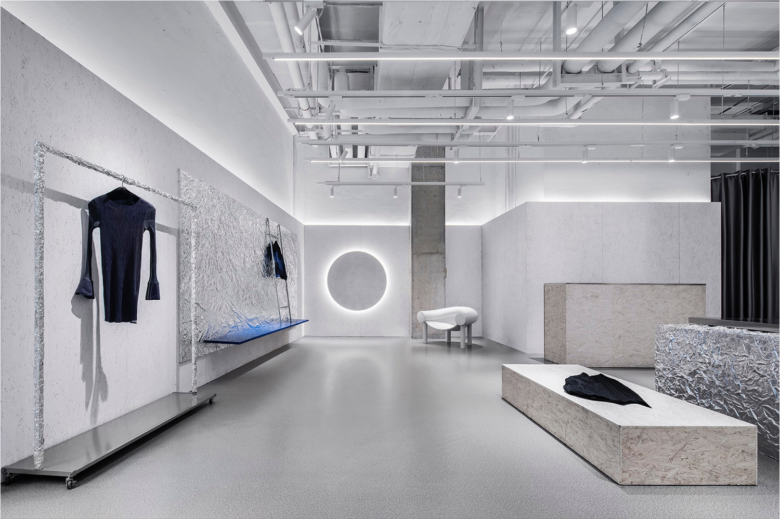 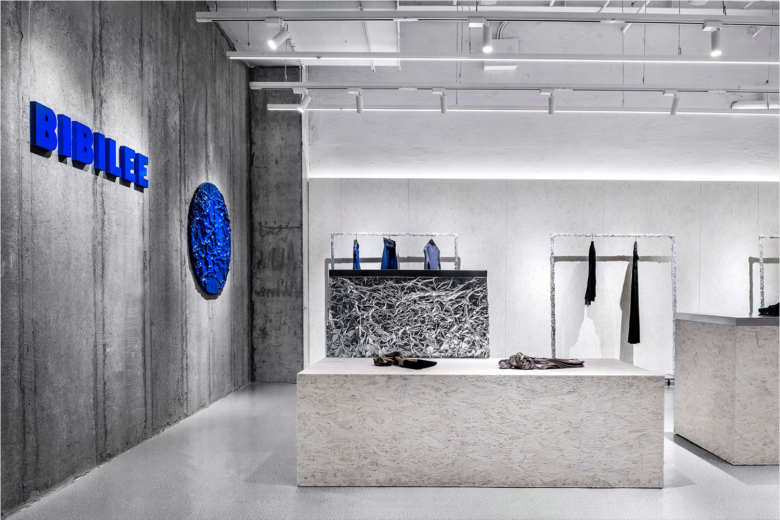 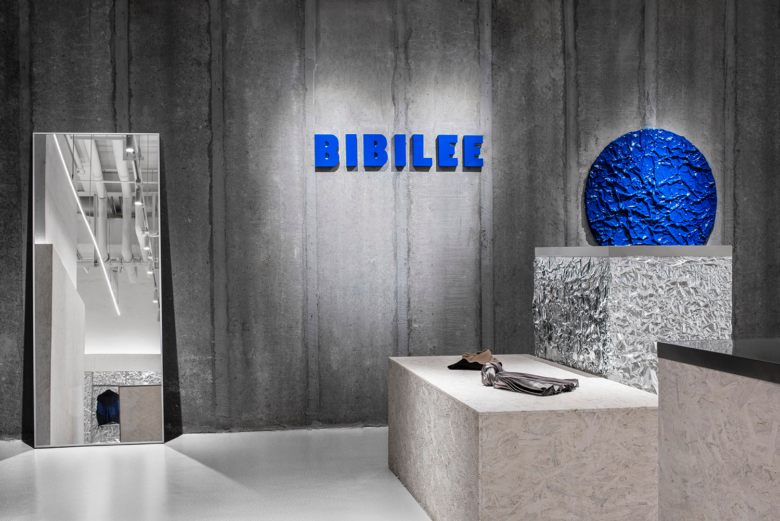 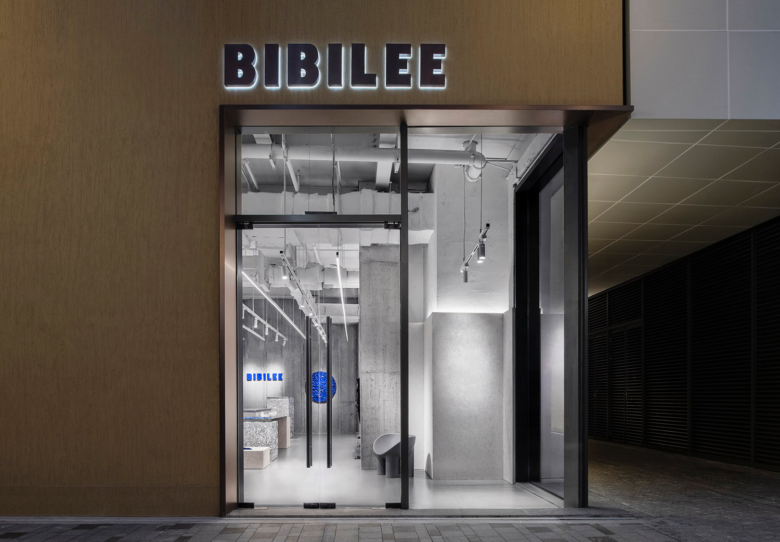 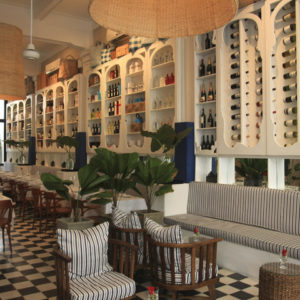 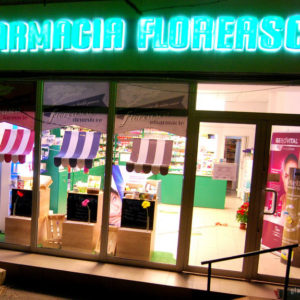 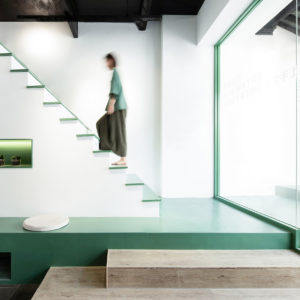