SHISEIDO Future Solution LX Store by I IN 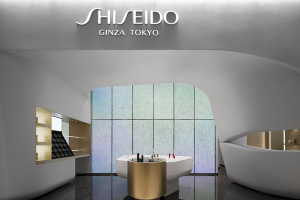 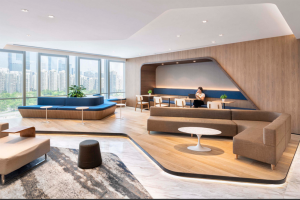 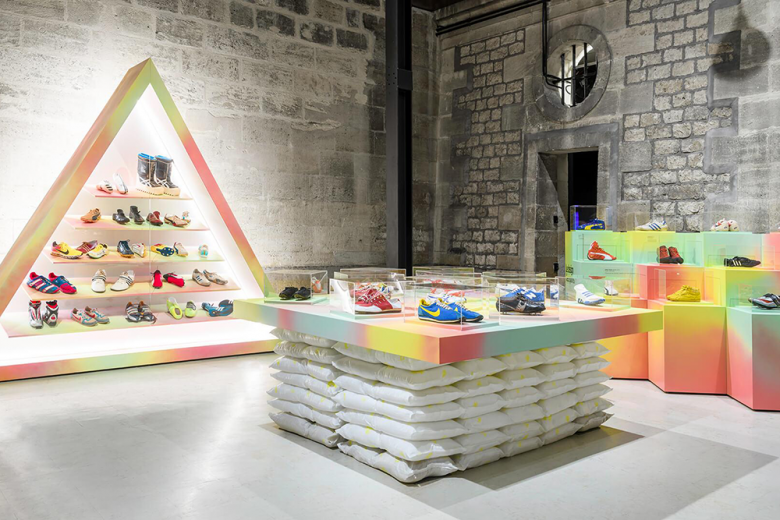 Look down to your feet. Nike? Adidas? Veja? (Strong) chances are, you’ve got sneakers on. A recently opened exhibition at Bordeaux’s Musée des Arts décoratifs et du Design (MADD) explores the product’s rise to popularity, showcasing over 600 pairs of the iconic footwear in addition to archival film, photo and written content. French designer Mathieu Lehanneur was tasked with devising the scenography for the show – Playground – The Design of Sneakers – which will run until January 2021.

Lehanneur, who was assisted by designer Arthur Fosse, paid special attention to the outdoors during the project: he transformed the stately grey courtyard of the Bordeaux museum into an all-black basketball court. The scenographer’s intention was to open the exhibition up to the public, inviting visitors to interact and play with one another in the unique setting. Within the exhibition visitors find an array of colourful geometric forms displaying the range of kicks on show. These vibrant shapes are juxtaposed quite dramatically with their somber spatial context: the exhibition is held in a long-unutilized jail adjacent to MADD, with messages from past prisoners scrawled on the historic stone walls.

This contrast is not without connection, as the term ‘sneakers’ was actually coined in prisons – ‘guards wore rubber-soled shoes so the inmates couldn’t hear them coming,’ explains a spokesperson for MADD. ‘The notion of conﬂict is evoked in the logo-covered white sacks that punctuate the exhibition, like sandbag barricades recalling battlefields or urban uprisings. The mise en scène plays on the same idiosyncrasies as sneakers, blending stiﬀ and supple, comfort and competition, textile and object.’

‘Most museum exhibitions recount what happened, the history of the subject matter,’ says Lehanneur. ‘But the history of sneakers is still being written, on our feet, in the shops and in the sports arenas. Rather than “freezing” it in time, I wanted to recount this ongoing transformation. The goal here is to elucidate the past in order to encourage better decisions for the future.’ To set that in motion, a large round table was set up at the end of the exhibition for guests to leave their ideas about the ‘long saga of the sneaker’. 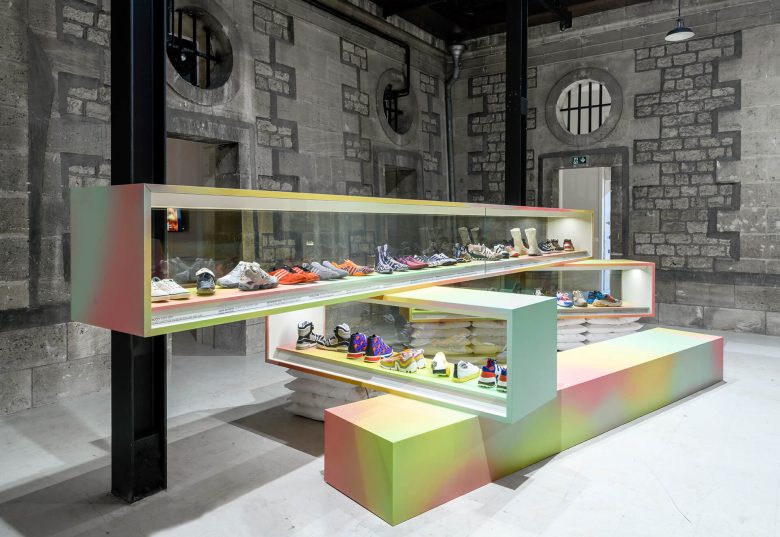 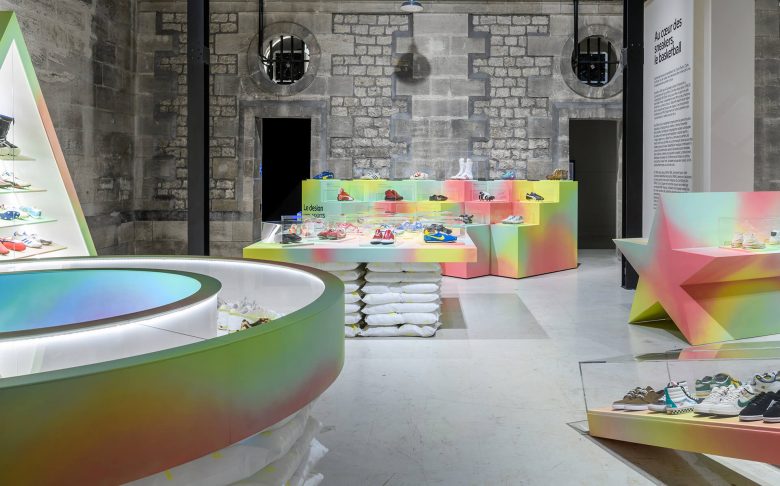 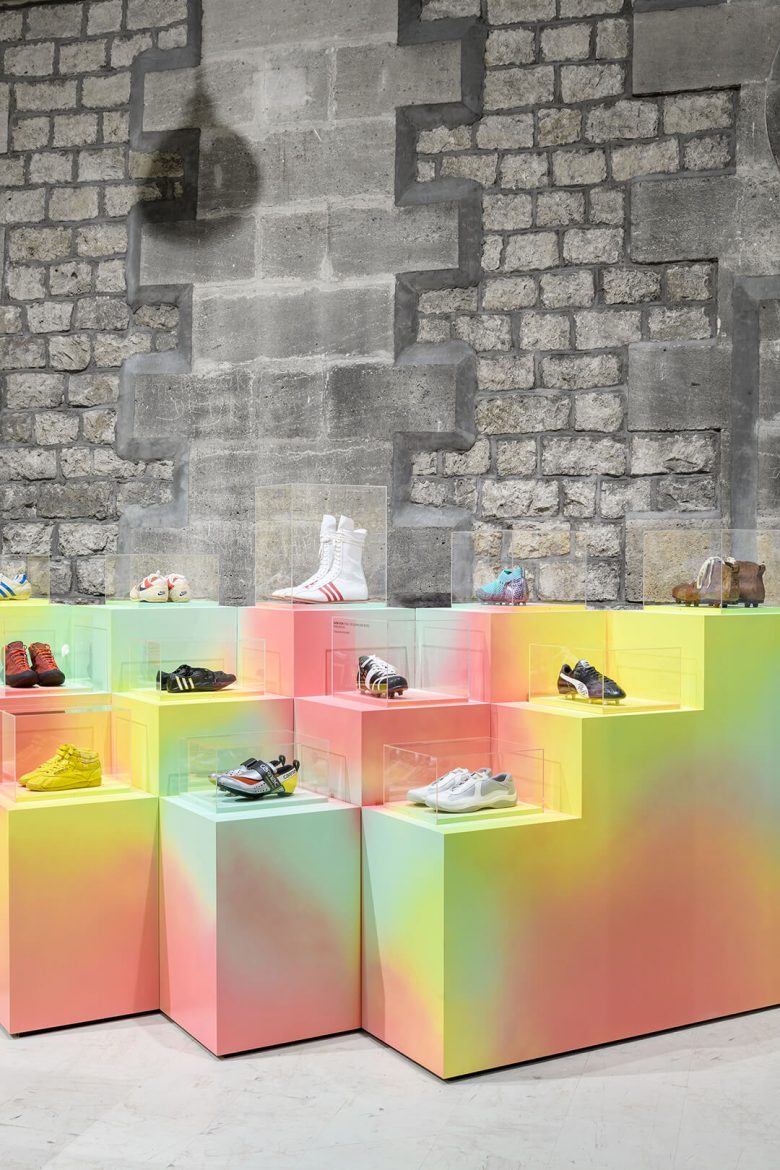 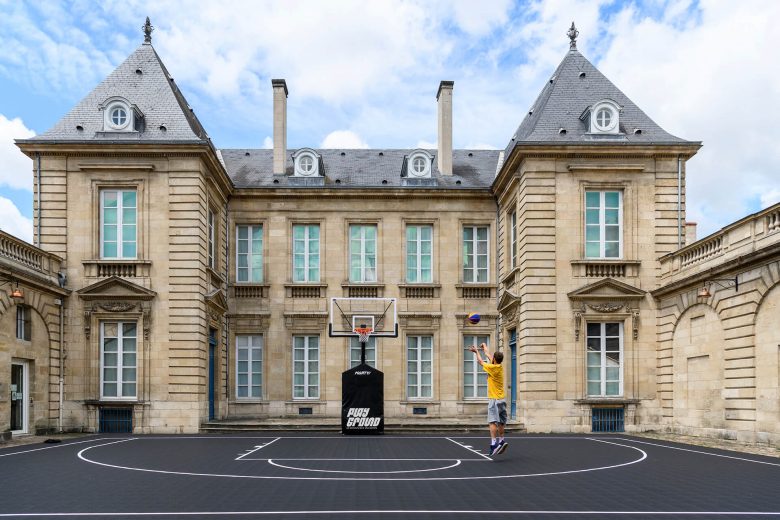 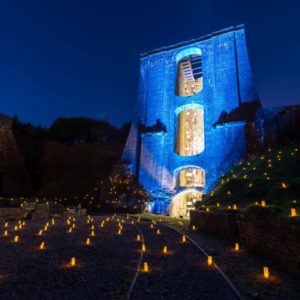 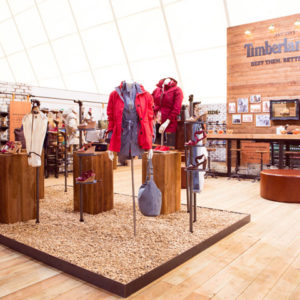 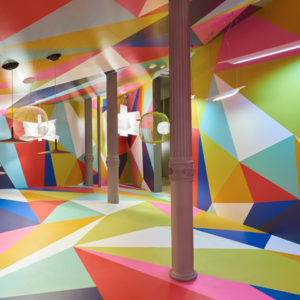