Vista café by Karv One Design 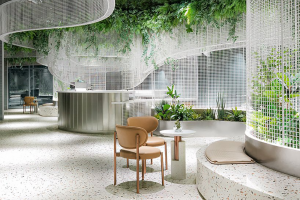 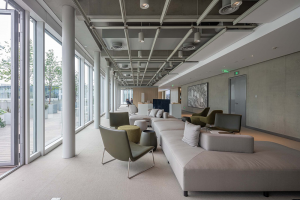 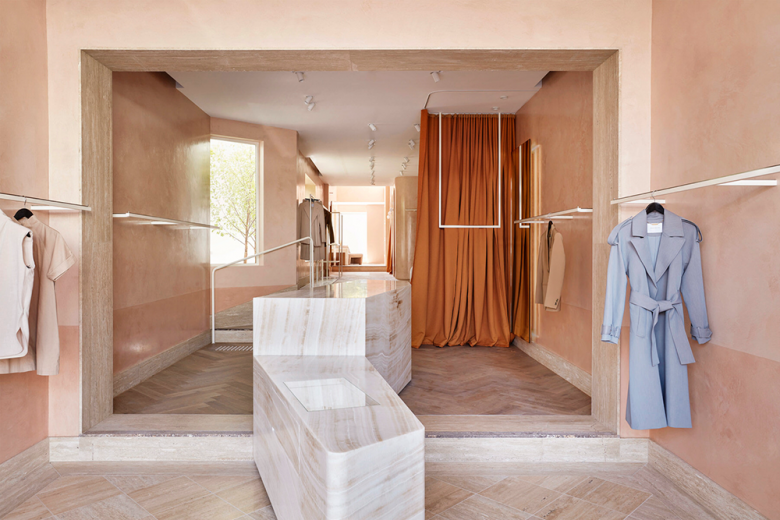 Founded in 2003 by Sydney-based siblings Camilla Freeman-Topper and Marc Freeman, their namesake women’s fashion brand Camilla and Mark became a storybook success story, and has since rapidly expanded its operations. Next to leading stockists across Europe, Asia and the U.S., the company manages a network of ten standalone boutiques in homeland Australia. Very recently, the fully revamped Camilla and Marc boutique in Melbourne‘s leafy Armadale neighbourhood was revealed, featuring an interior design by Akin Atelier, an architecture and design practice based in Sydney. Occupying an elongated ground floor space of a heritage building on High Street, rubbing shoulders with other leading Australian brands which also set up shop here. Intimate and cozy, featuring an earthy palette, the store comprises of four tiered sections divided by low steps. Straddling the first two sections is a sculptural counter clad in onyx, flanked on both sides by wall-mounted, sleek clothing rails. Walls are dipped in two tones of terracotta and paired with both flooring of travertine tiles and herringbone parquet. In star contrast, the two back sections have a double-height ceiling filled with daylight pouring in through a skylight and two large windows. This part of the Camilla and Marc store is clad entirely in Marmorino, and comes with three fitting rooms, recessed shelving, and Grazia & Co‘s Reeno lounge chair upholstered in sheep skin. The new Camilla and Marc store carries the brand’s full range 0f women’s apparel, accessories, bags and shoes. 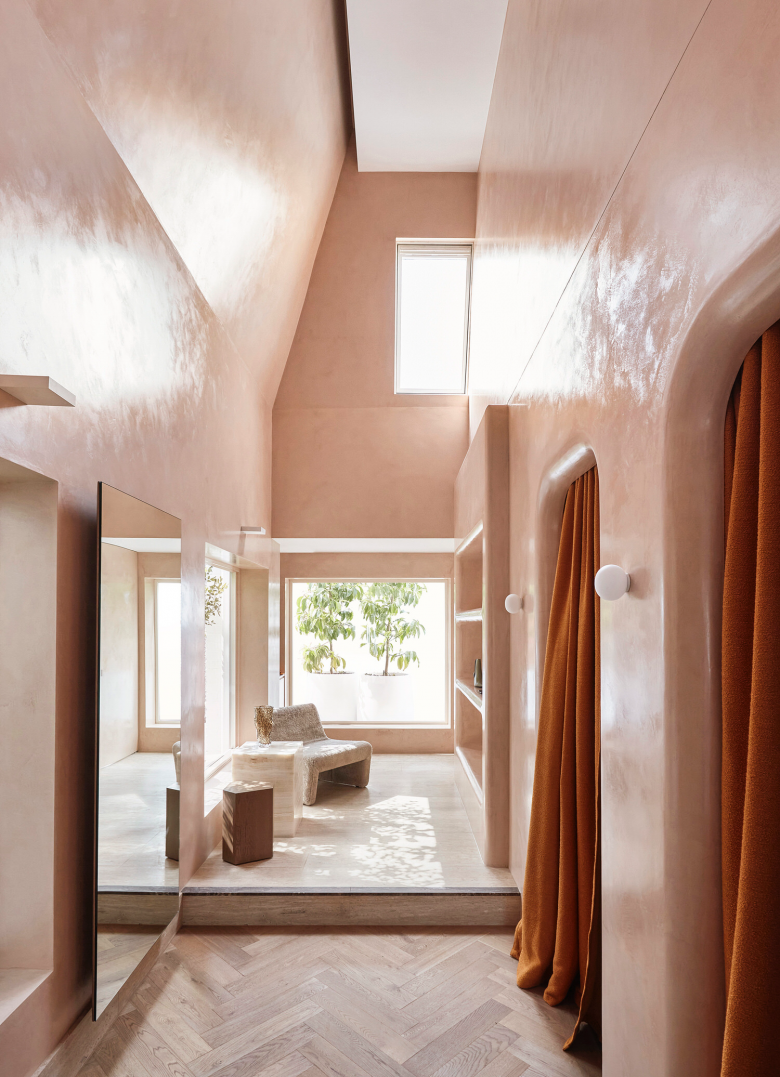 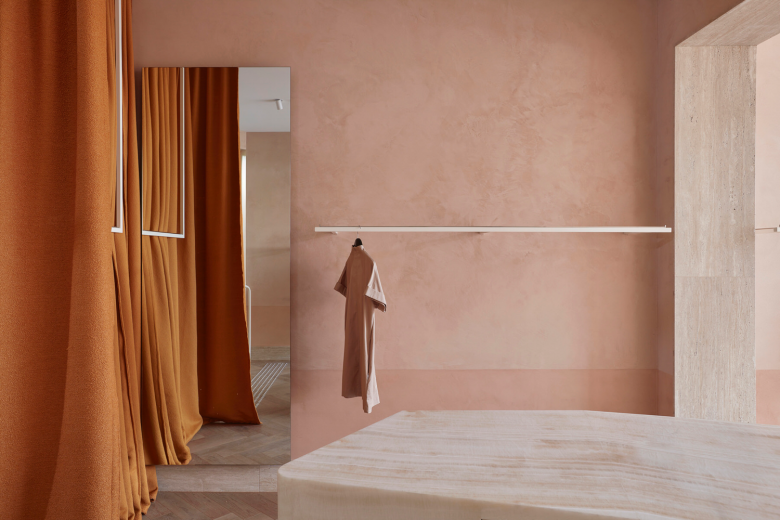 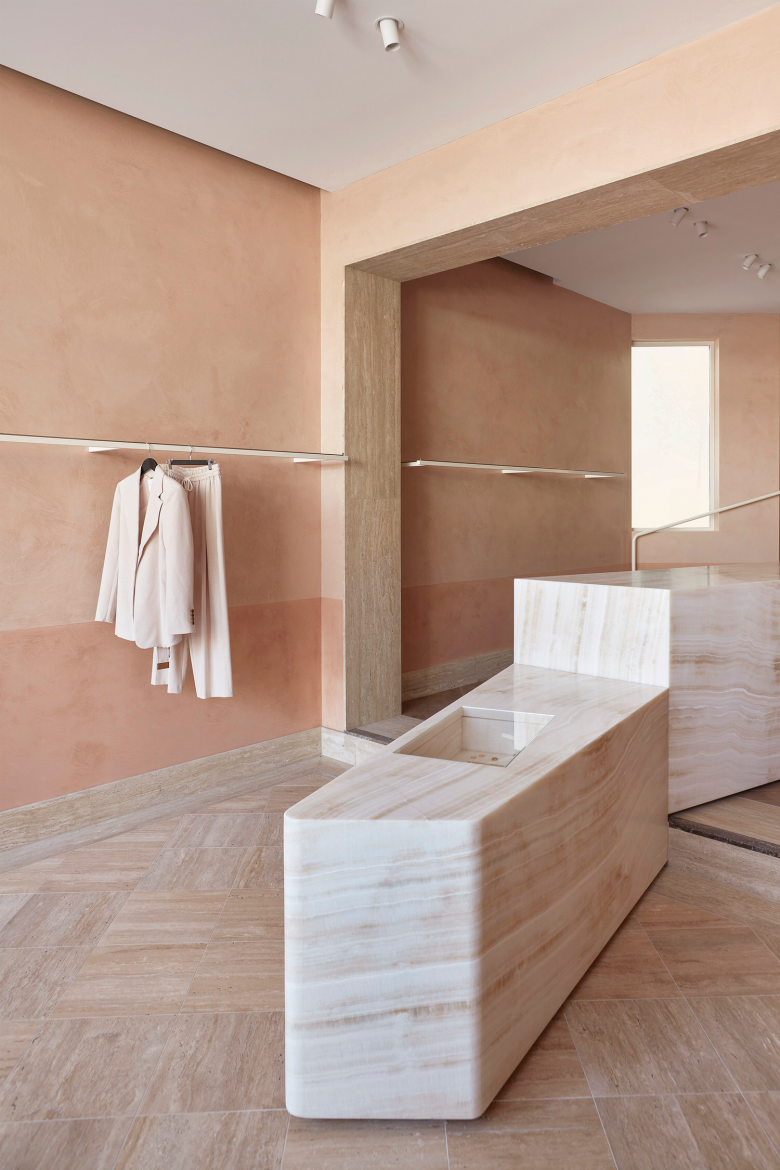 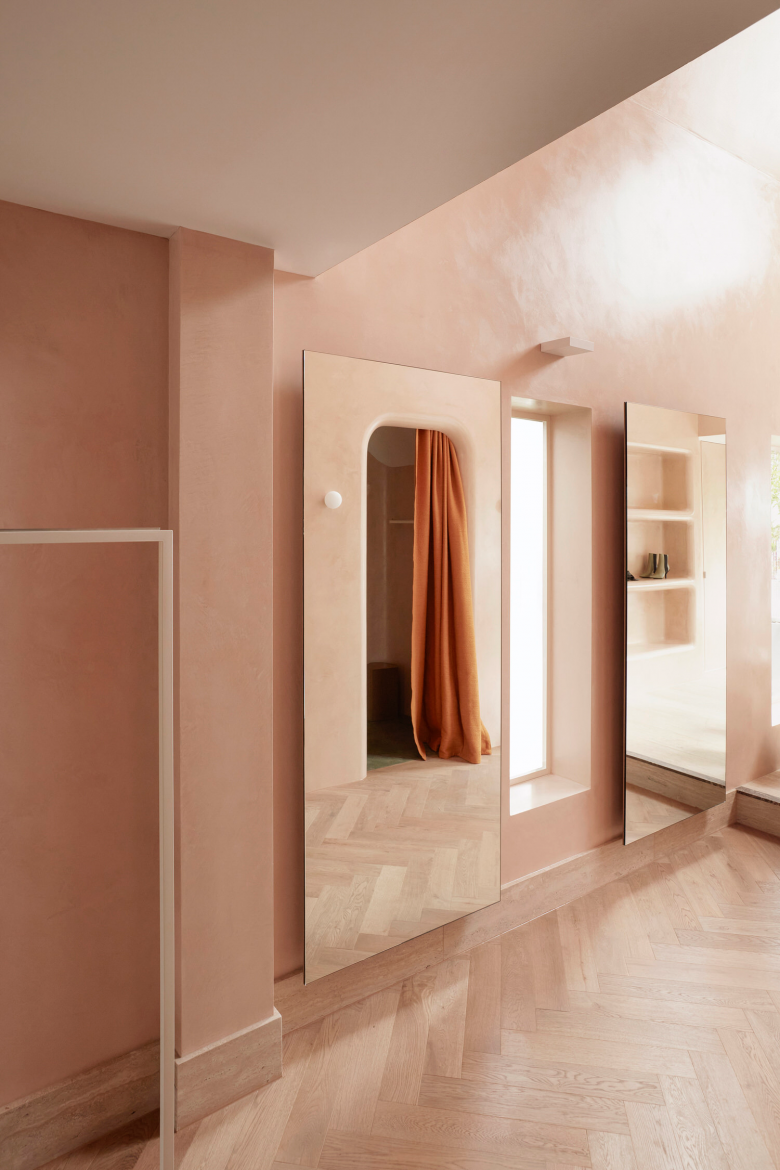 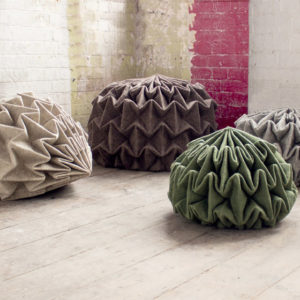 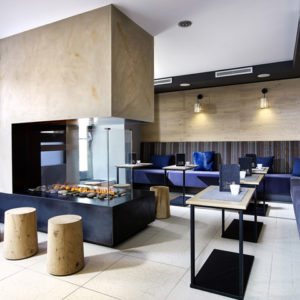 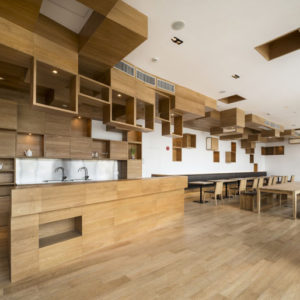 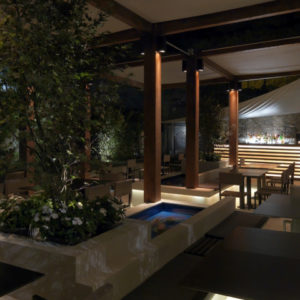