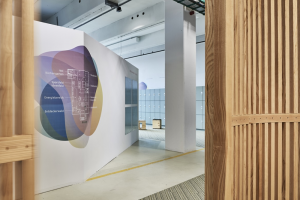 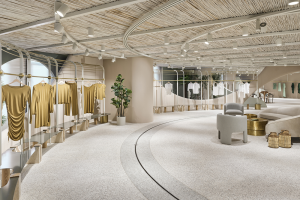 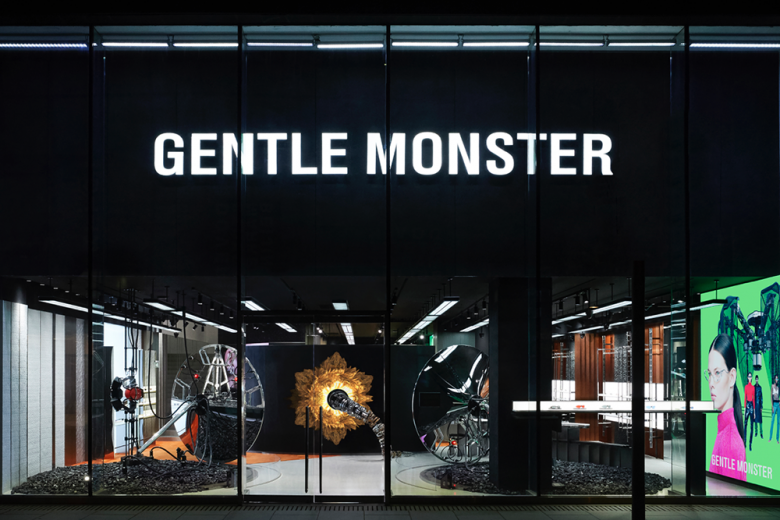 Since opening little over a decade ago, Taikoo Li Sanlitun has been the preferred shopping grounds for Beijing‘s young and on-trend fashion crowd, and it’s right here where the Gentle Monster flagship store can be found. The South Korean eyewear brand is not only known for its highly evocative retail spaces, but also for continuously revamping its boutiques to keep abreast with the fast-evolving sensibilities of its savvy target demographic. As of late, the two-storey premises of its store in the Chinese capital boasts an entirely new set-up, and yes, Gentle Monster‘s in-house design team have pulled it off again. The new interior design, themed The Revolution, is inspired by a plant’s journey through the evolution process, and obviously, infused with a solid dose of the brand’s signature fantastical hi-tech. Upon entering the boutique, shoppers encounter a gigantic installation revolving around two circular particle accelerators, rotating devices which stimulates the plant’s evolution, followed by an installation featuring an old tree with newly grown hi-tech branches, signalling precious new life. Gentle Monster‘s coveted eyewear is meticulously blended into the visual bravado, but is also featured more prominently on sleek shelving on both side walls. One floor up, a different setting unfolds which sees the merchandise itself gaining the limelight, albeit interspersed with installations signalling the later stages of the plant’s evolution. Shelving and displays are crafted from different metals, plexiglass and wood, but also in a variety of designs, creating a sophisticated visual layering. The renewed Gentle Monster flagship store carries the full range of sunglasses and prescription eyewear, in addition to all collaboration collections. 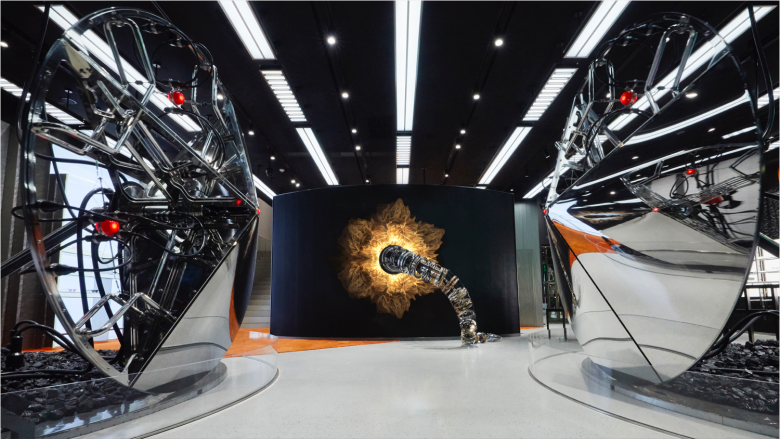 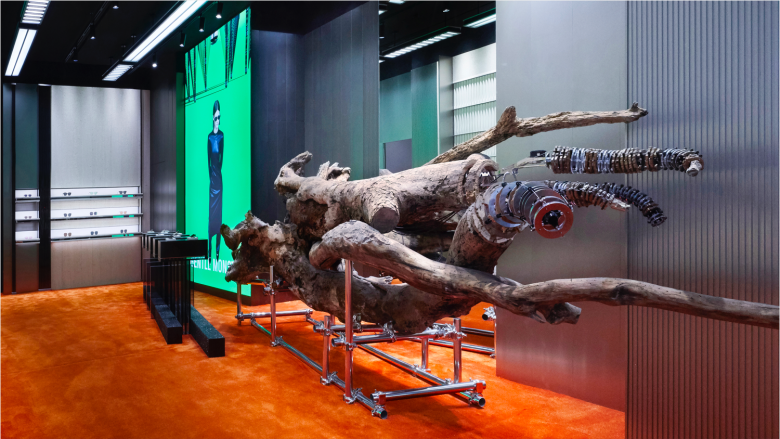 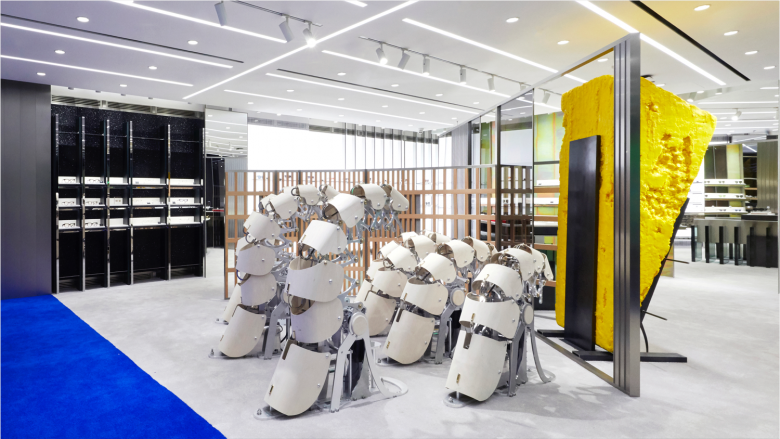 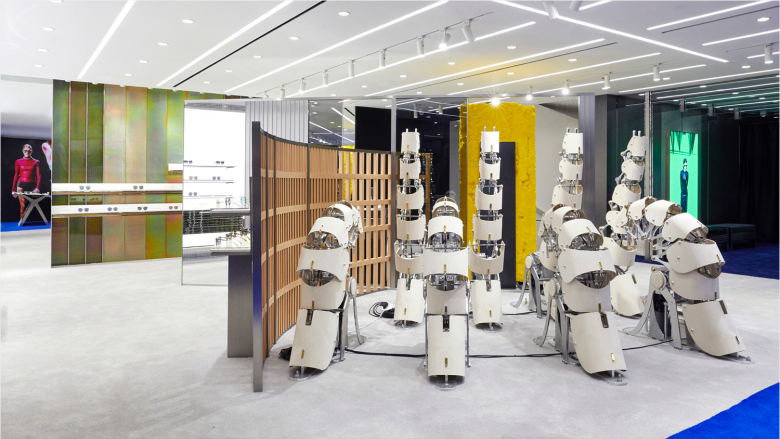 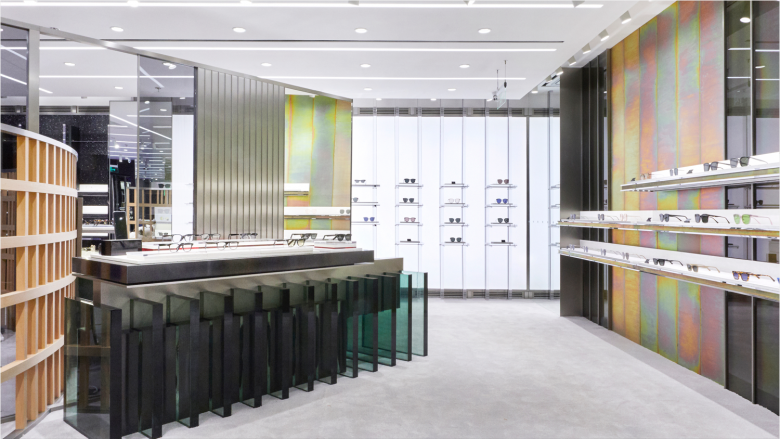 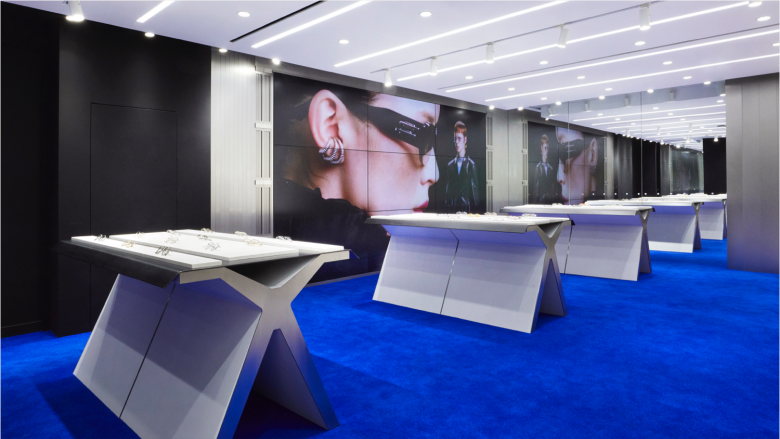 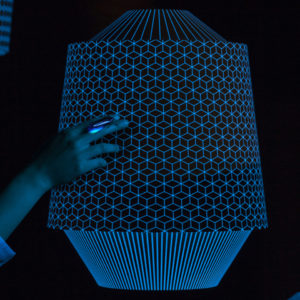 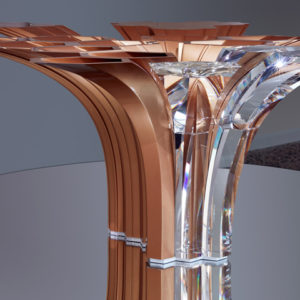 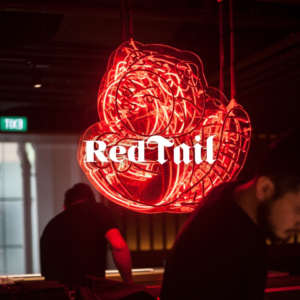 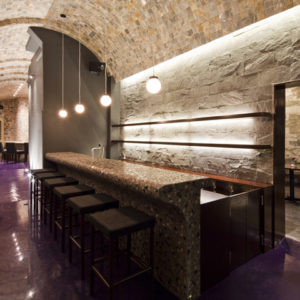