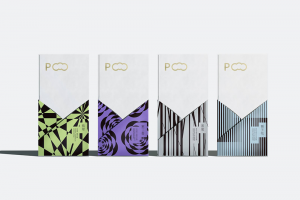 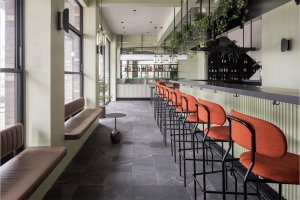 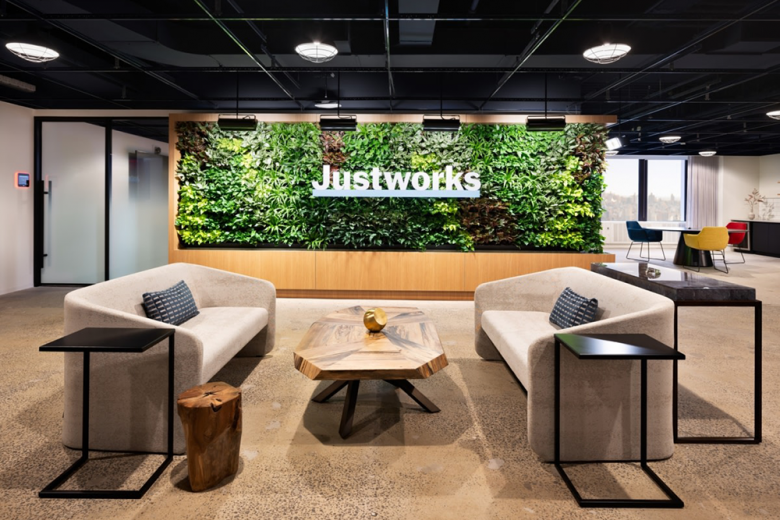 Unispace worked with Justworks to overcome significant obstacles and deliver a world class headquarters for their location in New York City, New York. Their new location in the financial district creates a destination for staff, embracing their culture, supporting their focus on community, and accommodating their rapid growth.

Employing their full methodology, Unispace partnered with Justworks to help them achieve their workplace goals. Their core values—a teamwork-oriented atmosphere and room for flexibility and growth—were some of the key variables needed for their space. Using their 3D modelling software, uniBIM, Unispace was able to give Justworks full design visibility, even when changes were made throughout the project.

Using “neighbourhood” layouts for flexibility, the design team made sure each discipline had access to different workspace types needed for maximum productivity based on their role. Throughout the space there are training rooms, customized collaboration zones and refuge areas to foster social gatherings, community and team building. A large townhall and cafés act as areas for both work and play. Floors are linked through a custom-built staircase with symmetrical platformed multi-purpose areas, allowing staff to flow and connect easily between floors.

Unispace captured the hip look and feel of Justworks’ original location in Chelsea, while highlighting their brand and culture throughout. Justworks has now more than double the space and the leadership team is thrilled with the space, saying “it looks like a playground.” 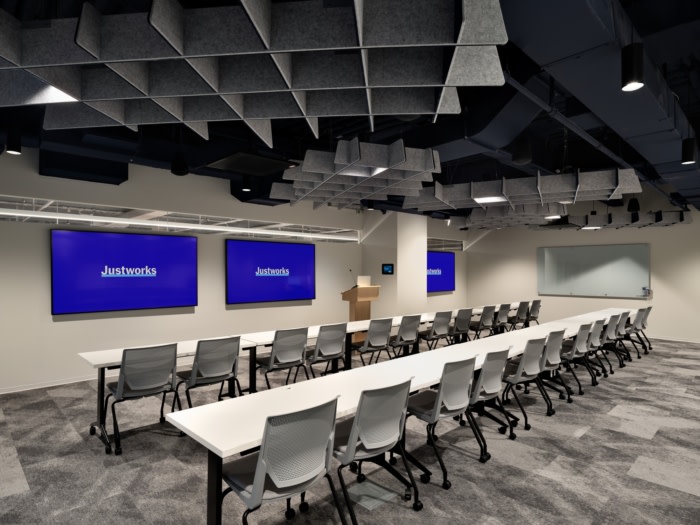 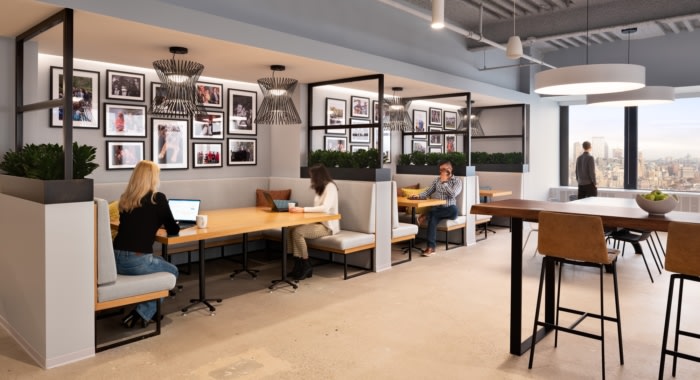 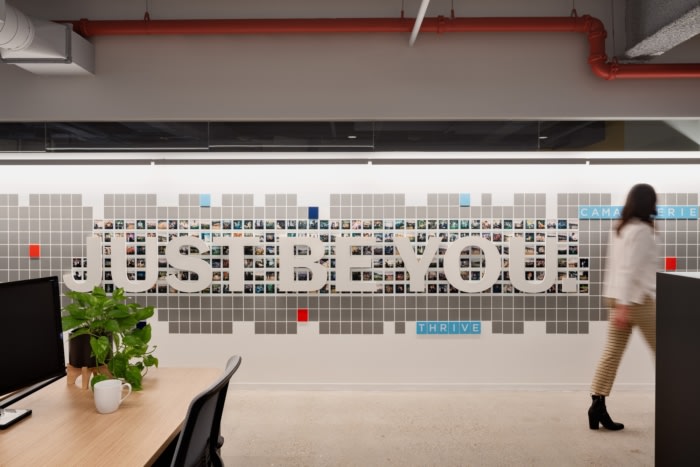 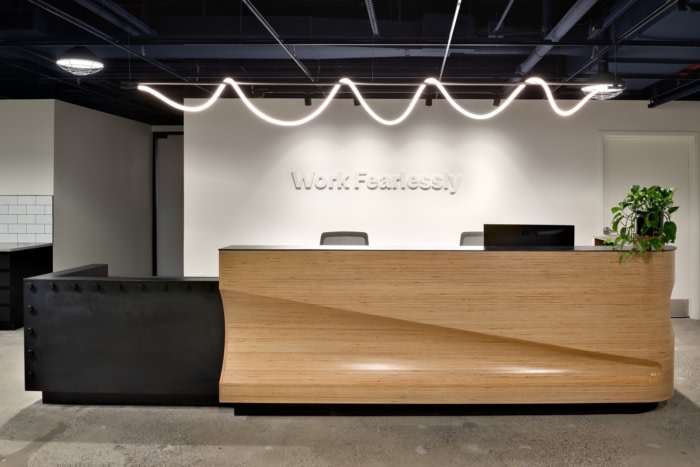 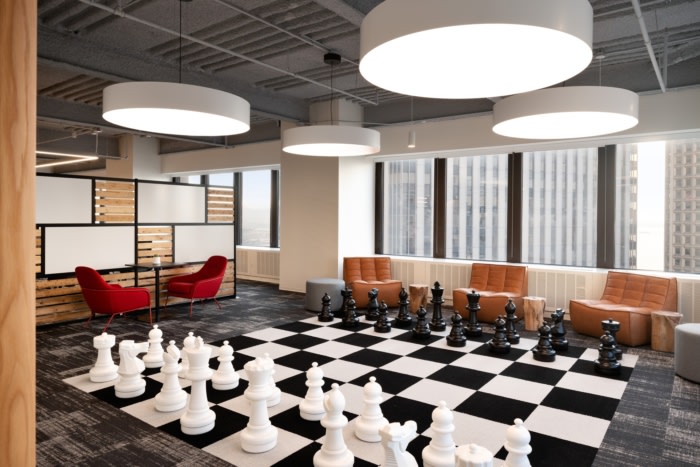 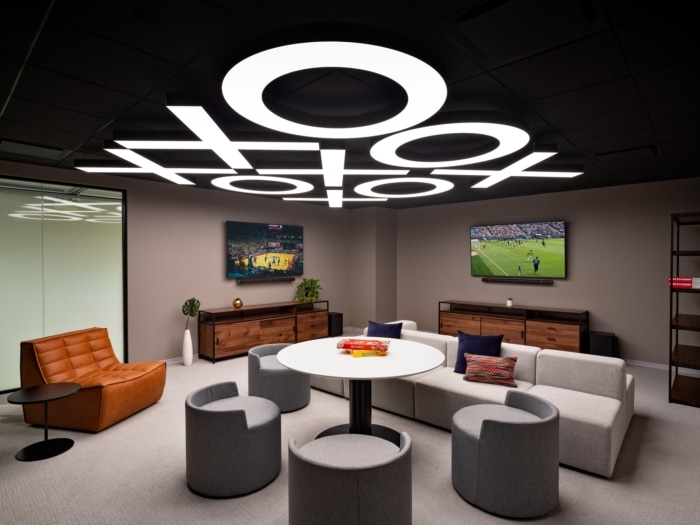 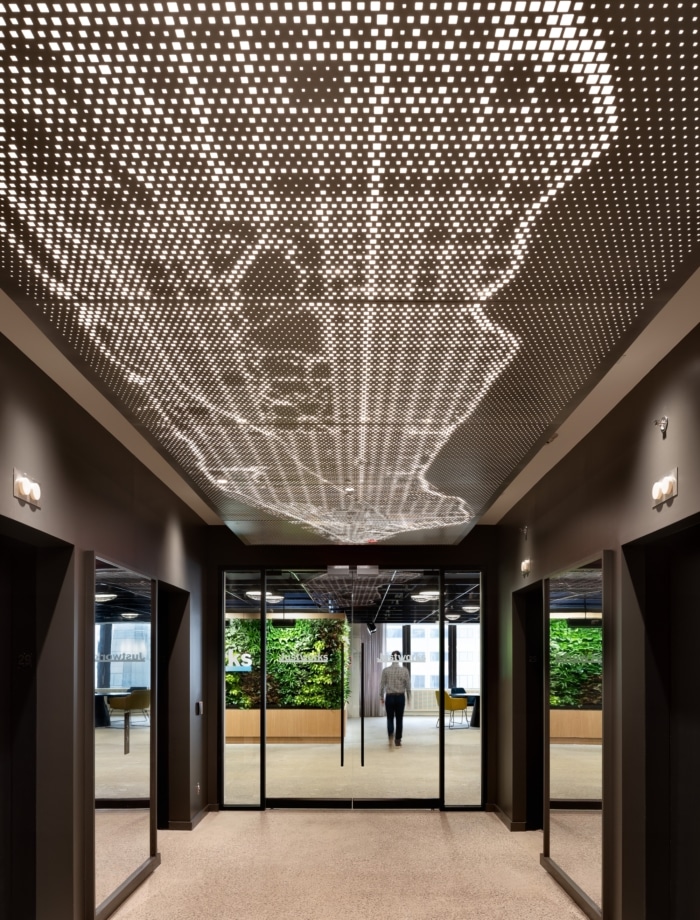 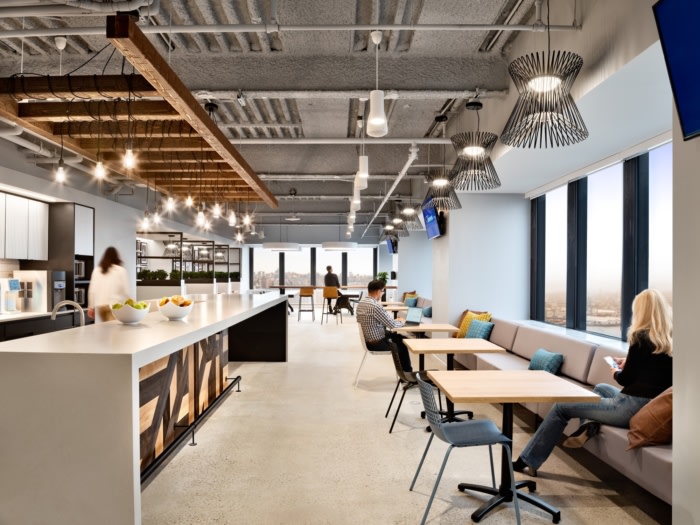 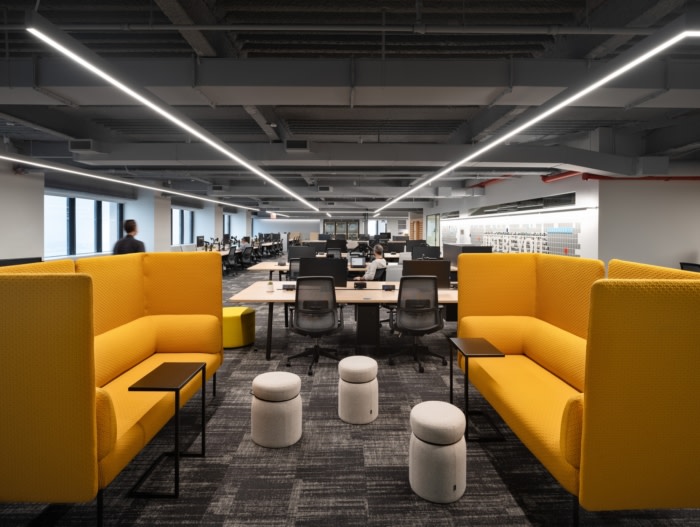 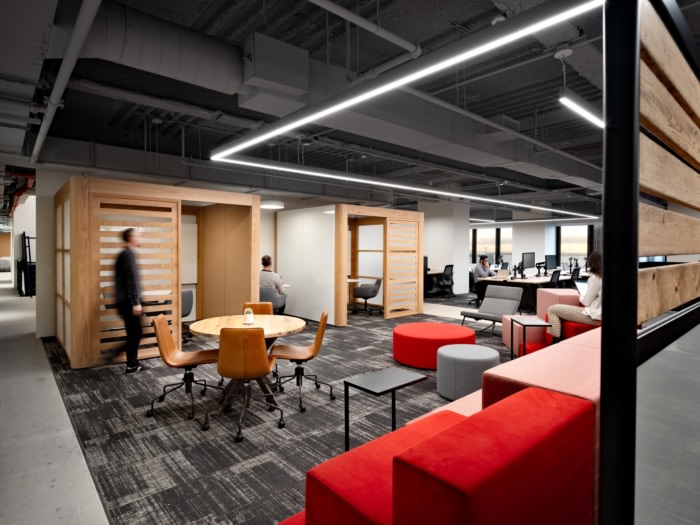 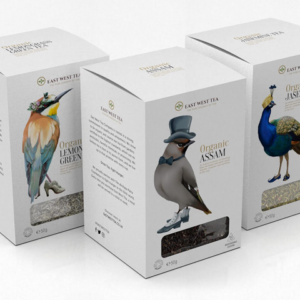 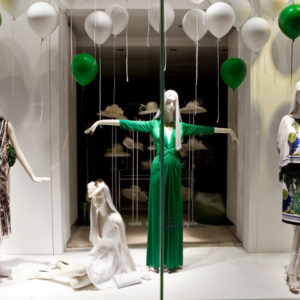 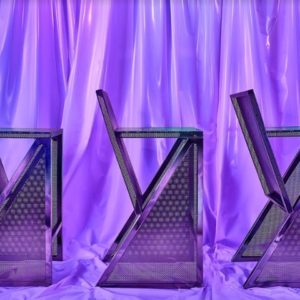 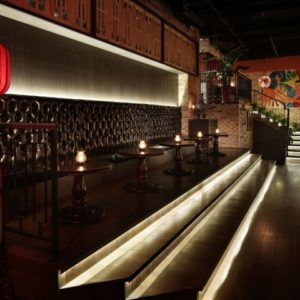