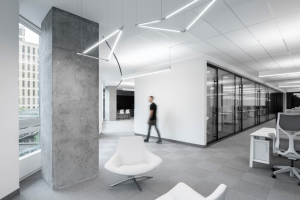 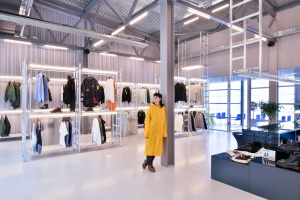 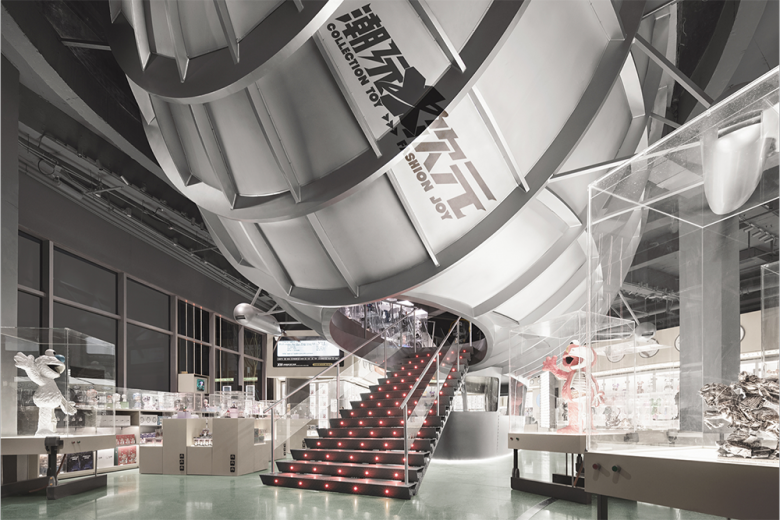 Is China is the planet’s new frontier in retail design? The recent opening of X11‘s newest flagship store in Xi’an is one of a string of evocative projects of late that bears testimony to this stature. Owned by KK Group, a retail company based in the booming Pearl River Delta which specifically serves a demographic young consumers with a portfolio of lifestyle brands, X11 is a newly established retail concept offering a collection of coveted collectable dolls and other trophy toys. Following the rollout of flagship stores in first-tier cities such as Shanghai, Guangzhou and Chengdu, a brand new design-led retail space has emerged at the high-end The MixC shopping centre in the sprawling Shaanxi province capital. The X11 store occupies a lofty 1,000 sqm. (10,764 sq.ft.) spread across different levels, and features an interior design by TOMO Design, a multidisciplinary design practice based in Shenzhen. Boldly appealing to the adventurous sensibilities of the store’s target consumer group, the chosen aesthetic draws inspiration from the era of the Zeppelin airships, featuring a life-size mock-up in the middle of the store.

Crafted from metal, the airship installation features the frame on the outside for obvious decorative reasons, and comes with a cabin, situated right below on ground floor level and serving as a cashier’s booth, and a striking metal staircase leading shoppers into the hull. On the ground, it’s surrounded by an abundance of cabinets and displays in different styles and sizes, all laden with merchandise of course, while inside the airship, the setting is distinctly sci-fi, featuring a plethora of specially crafted display sections. Shoppers are obviously able to board the airship, but can also proceed to the X11 store’s upper floor. Up on the upper level, the connecting area between the floor and the head of the airship is formed by a crescent-shaped glass walkway, helping to eliminate the boundary and make it appear to float. The new X11 store carries a large collection of ball-jointed dolls, hugely popular in this neck of the woods, Be@rbrick dolls, and a slew of other collectible dolls and toys. 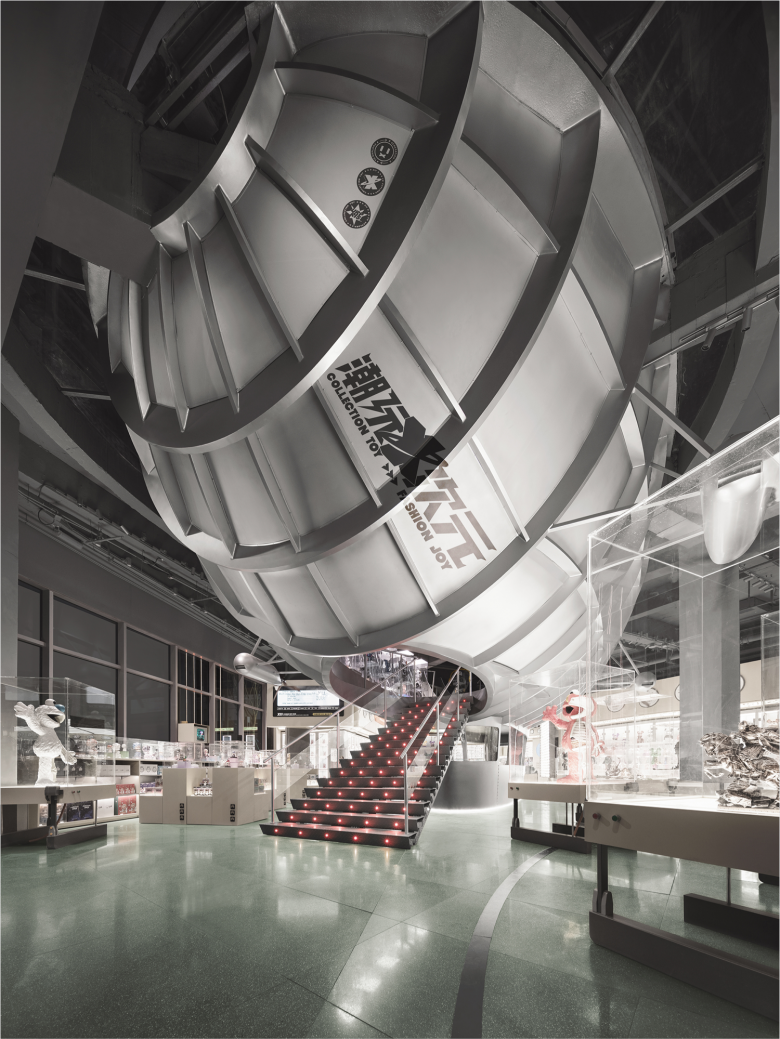 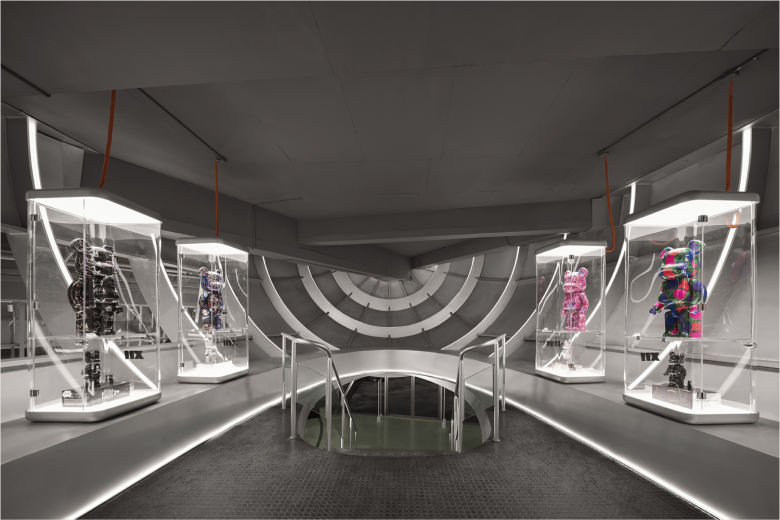 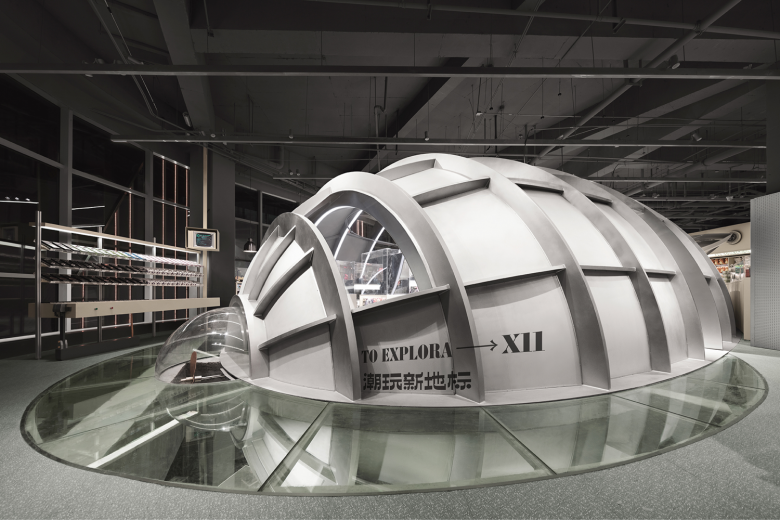 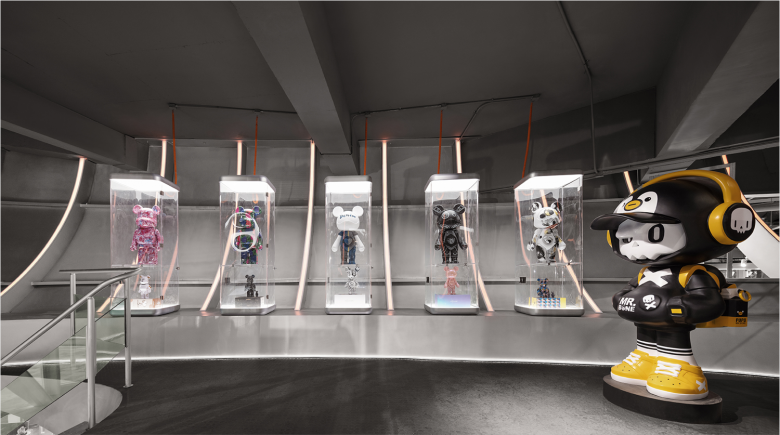 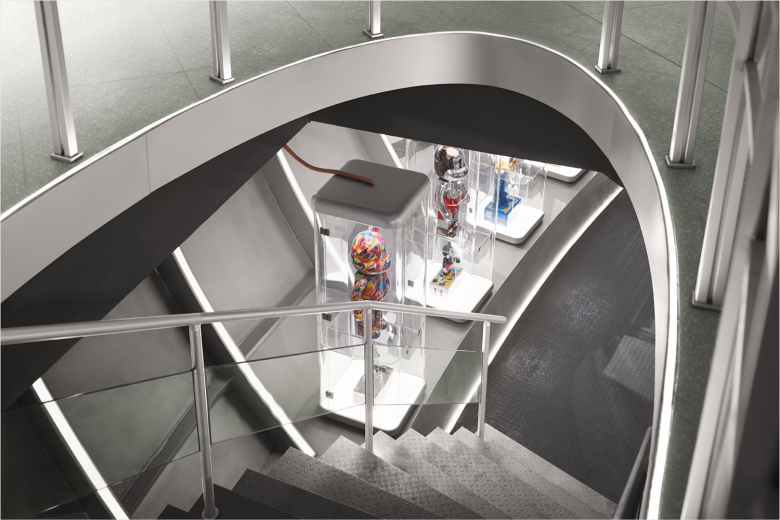 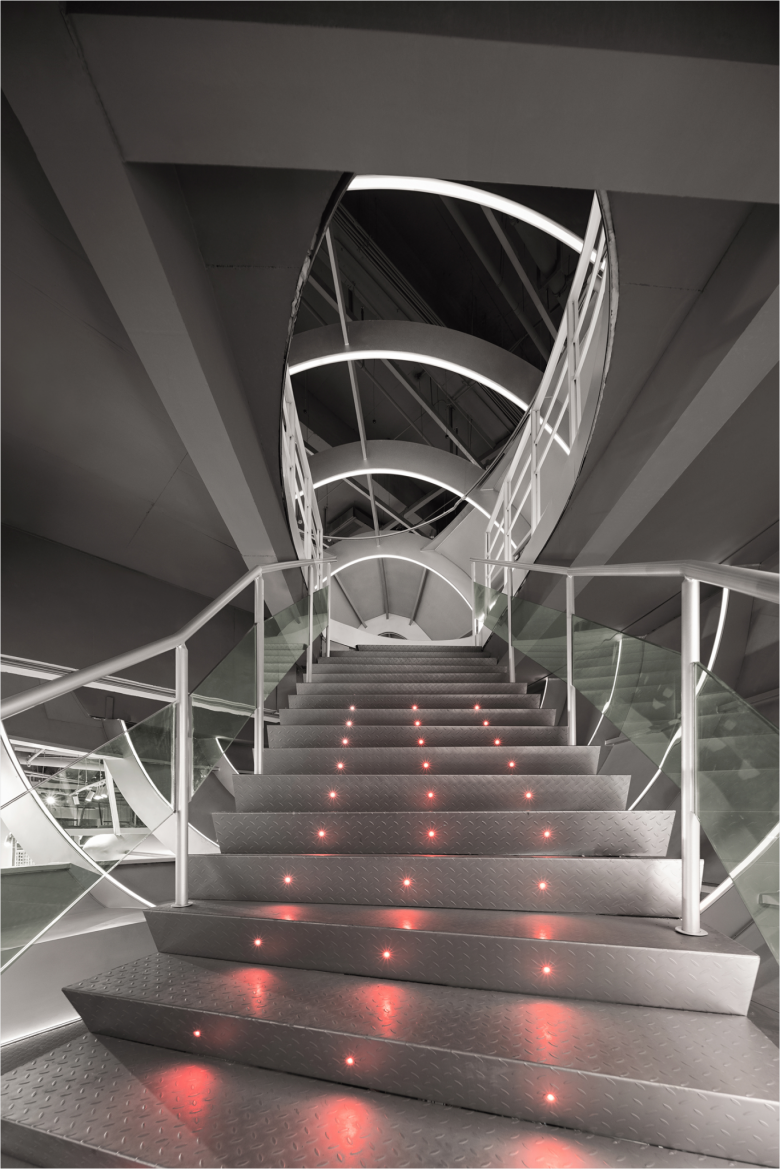 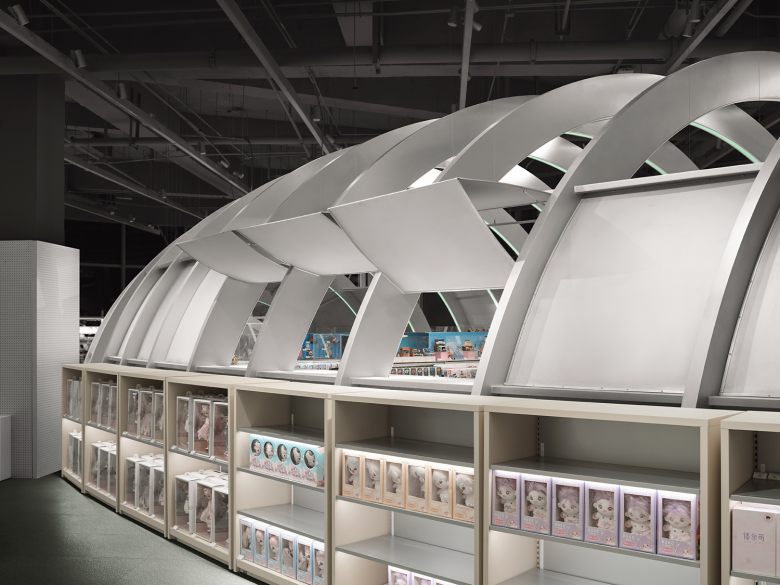 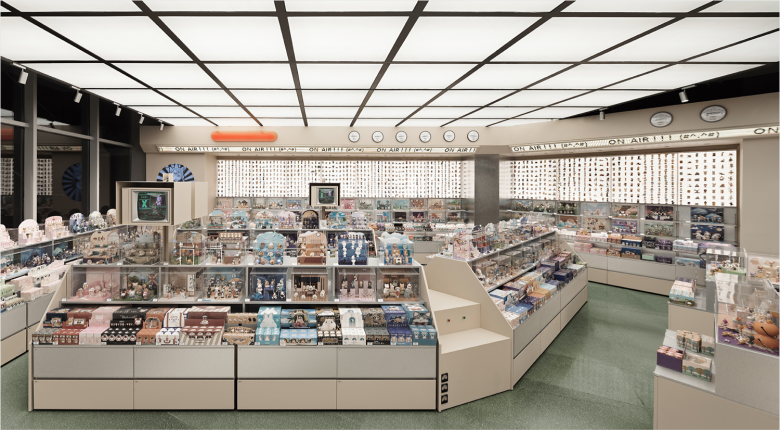 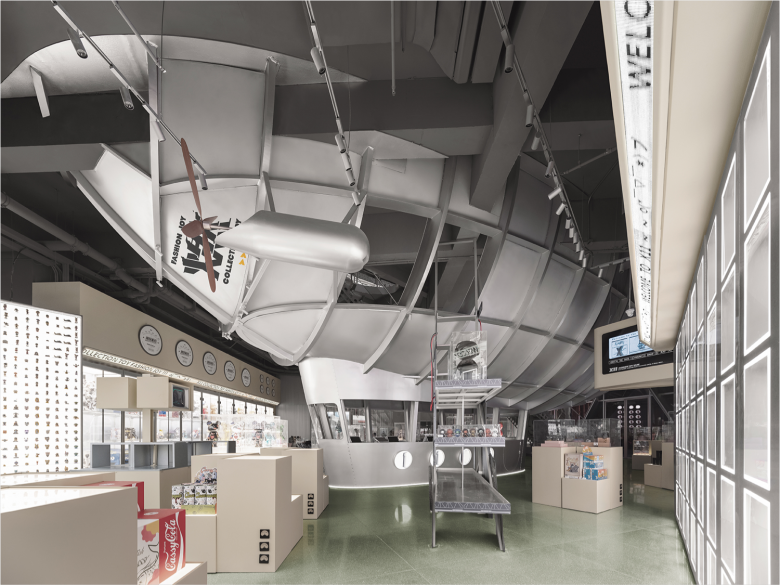 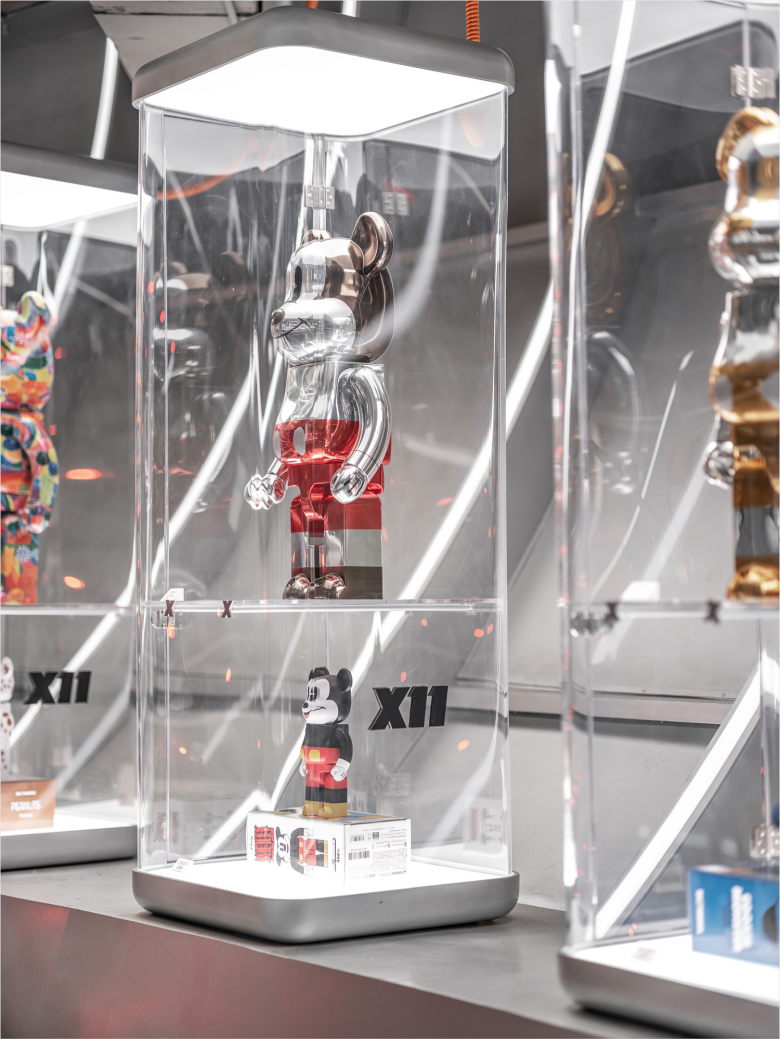 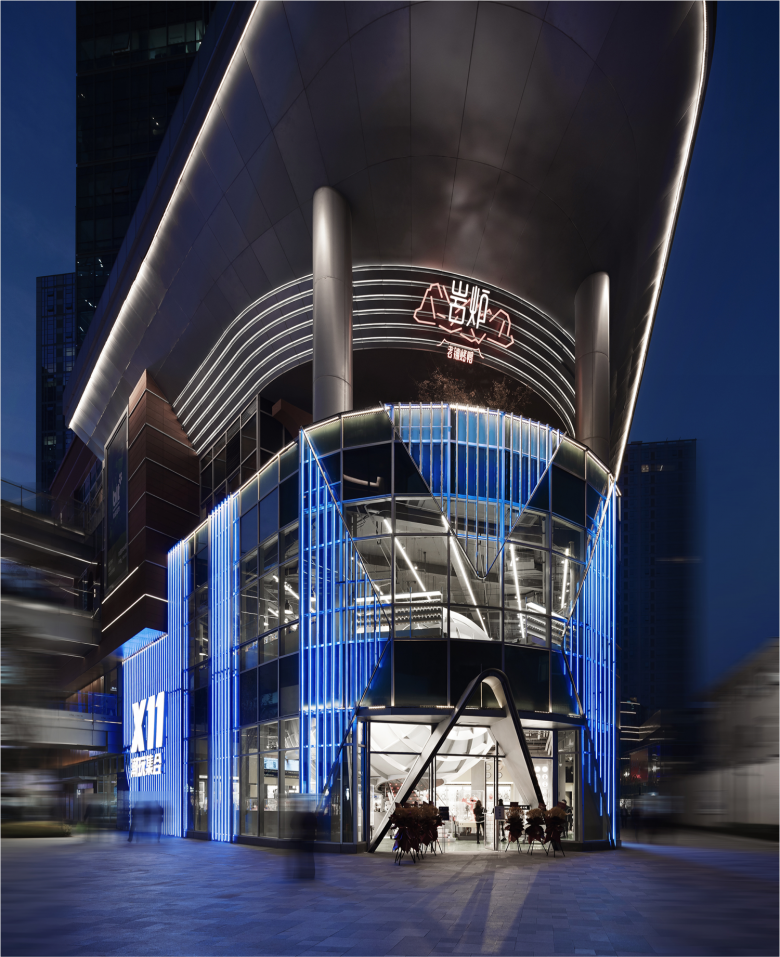 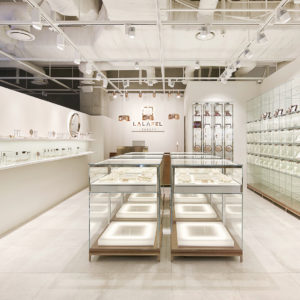 The space shines with the values of sincerity, devotion and process like jewels. by yungsub 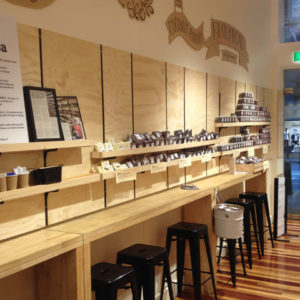 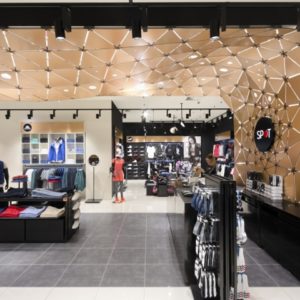 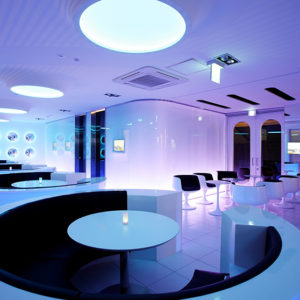