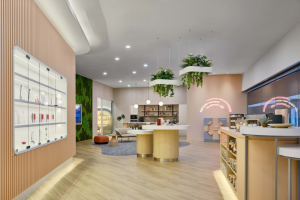 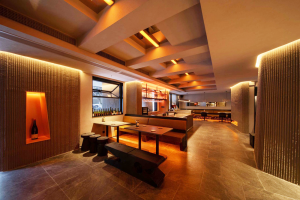 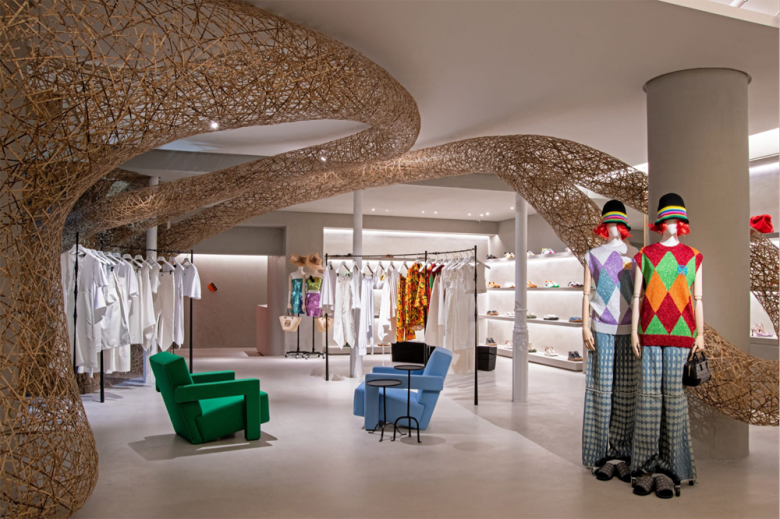 LOEWE is on a roll. Fully revived since Northern Irish designer Jonathan Anderson took over the creative reigns in 2013, the Spanish luxury brand has rightfully reclaimed its place in luxury fashion’s top echelon, creating a sizeable new following along the way. Along with its rise, LOEWE is heavily investing in its retail network, both expanding its store network and revamping existing retail spaces. The Casa LOEWE flagship store in Barcelona, housed since the 1940s in the historic Casa Lléo i Morera, an ornate structure by Catalan architect Lluís Domenèch i Montaner (1850-1923), is the latest retail space to feature the brand’s latest design codes. Created by Anderson and the brand’s in-house design team, the redevelopment of the space has laid bare original high ceilings with intricate gold leaf decorations which have obviously been retained and are now paired with columns covered in glazeds Ceràmica Cumella tiles, maple counters and concrete floors. Furniture pieces by Gerrit Rietveld and Alex Vervoordt sit alongside carefully curated antique pieces. And knowing LOEWE‘s new artsy image and Anderson’s strong affiliation with the arts, the interior design obviously pays tribute to artistic talent, including a specially commissioned site-specific woven bamboo sculpture by Japanese artist Tanabe Chikuunsai IV and a large macramé structure by Catalan artist Aurèlia Muñoz, presented against a backdrop of blue glazed tiles. The revamped Casa LOEWE carries women’s and men’s apparel, accessories, bags, shoes, small leather goods, and fragrances. 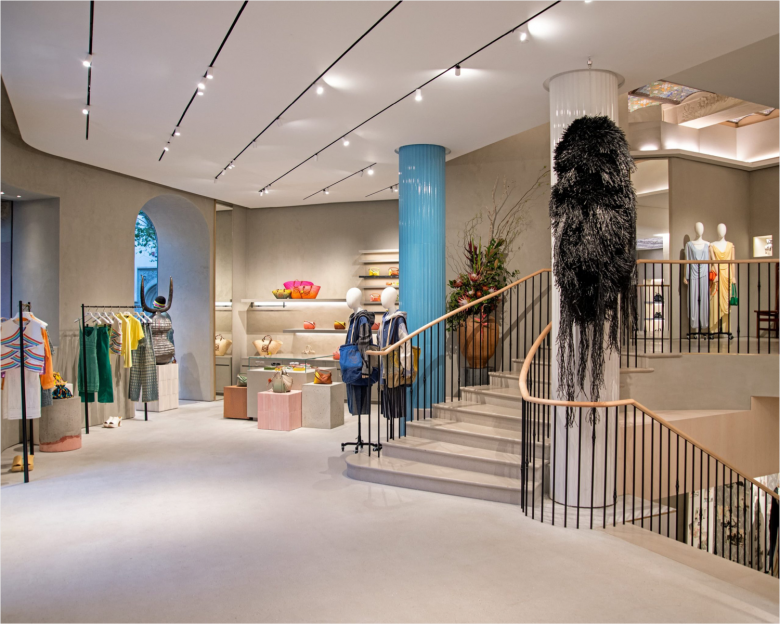 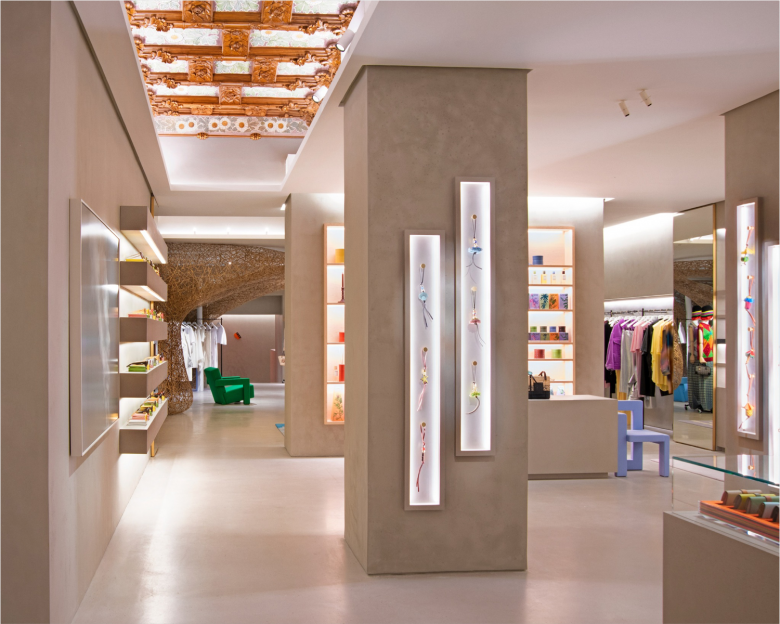 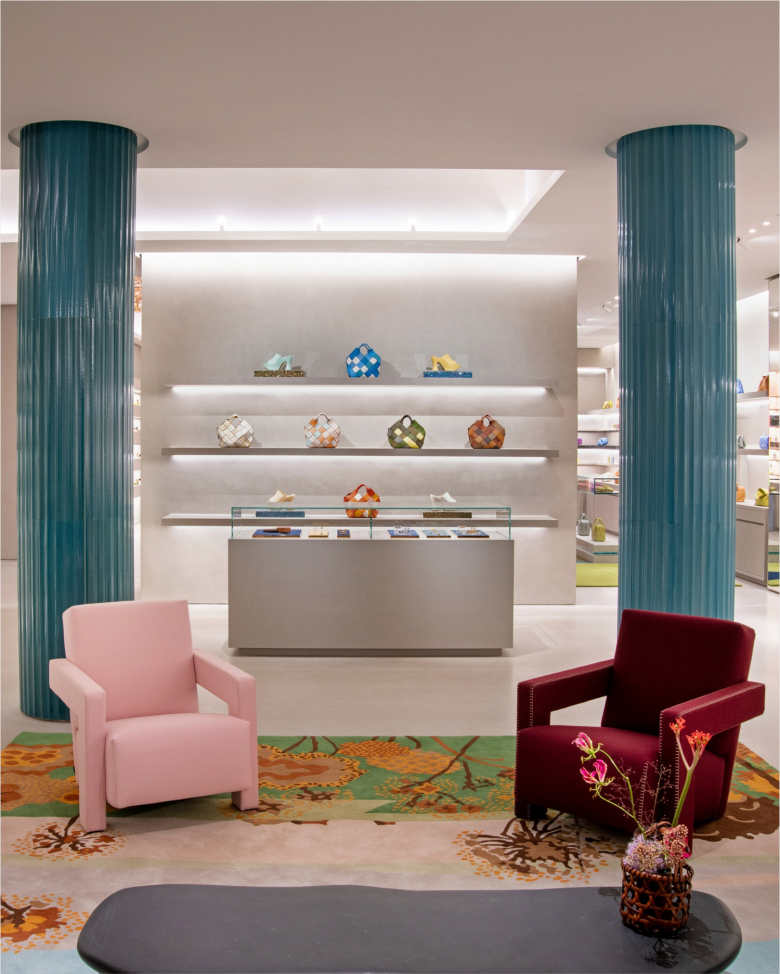 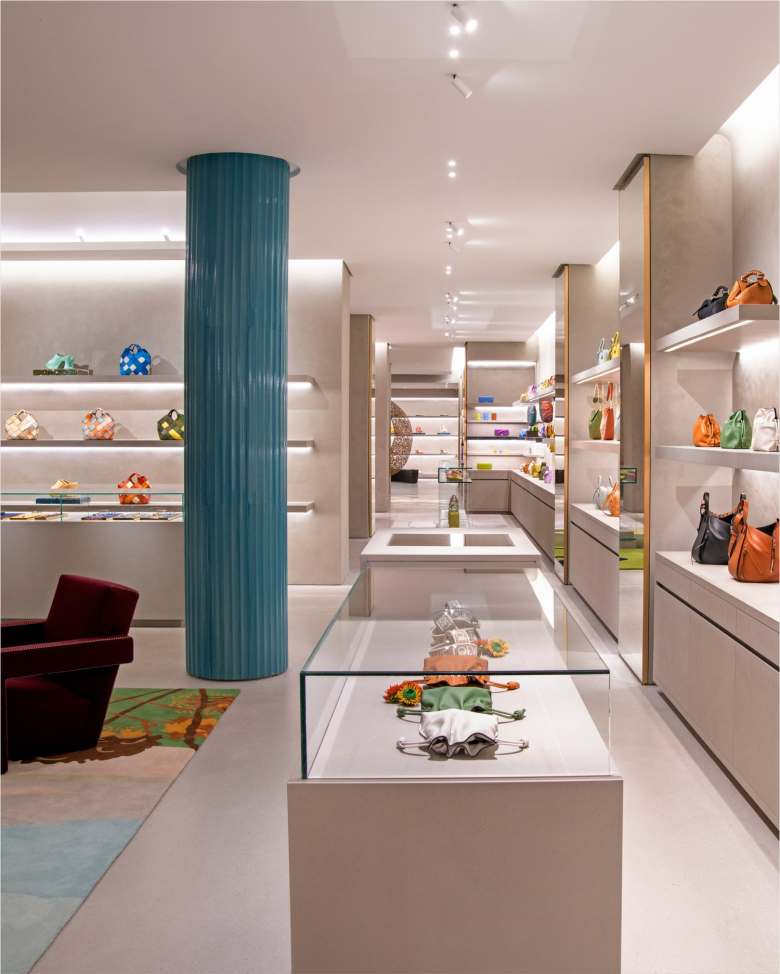 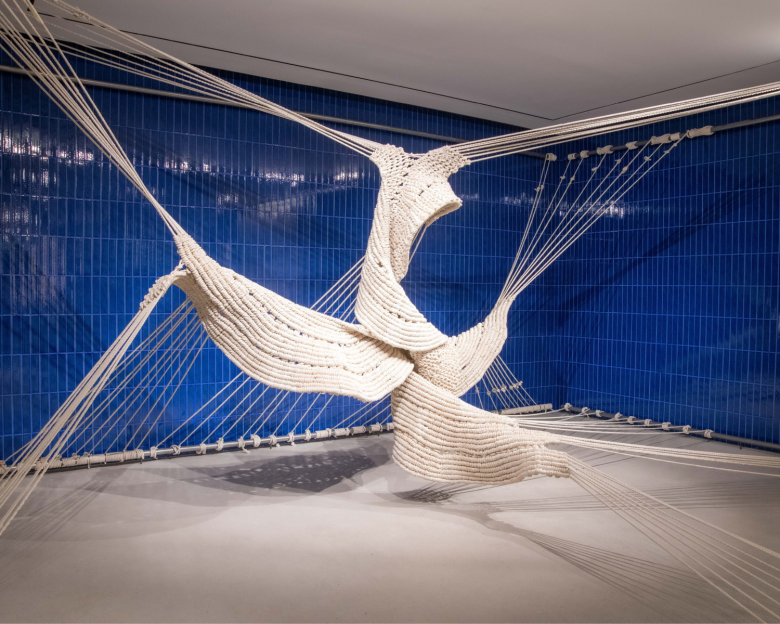 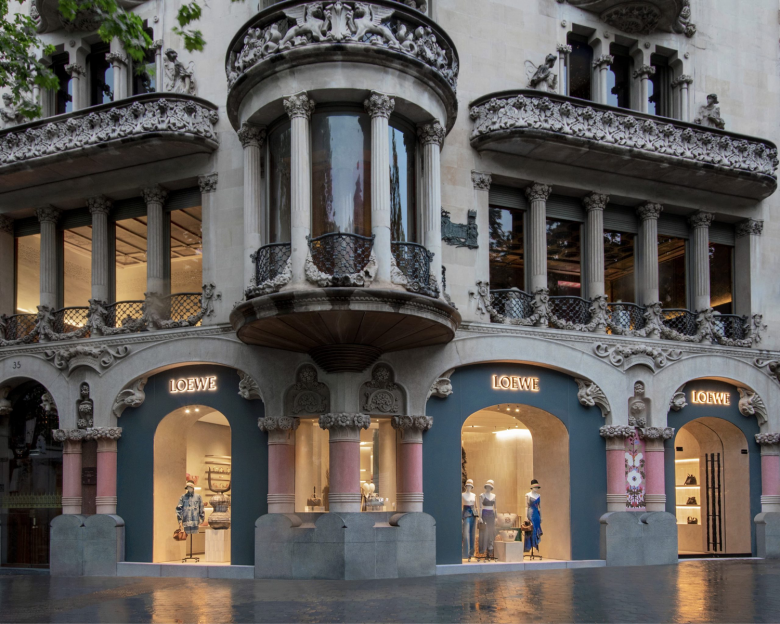 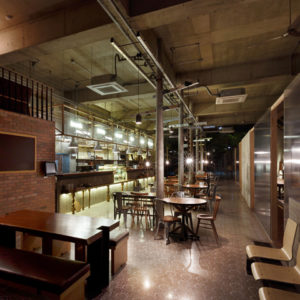 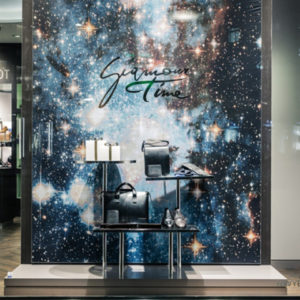 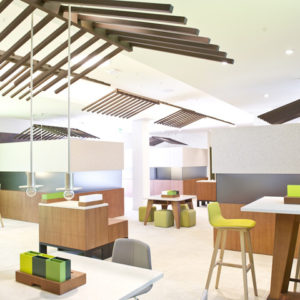 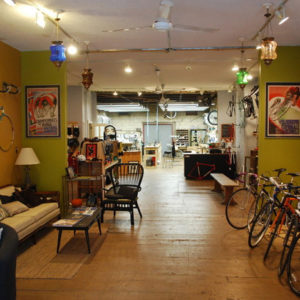