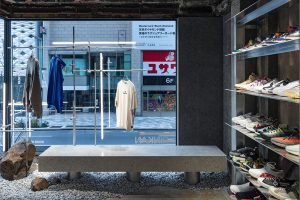 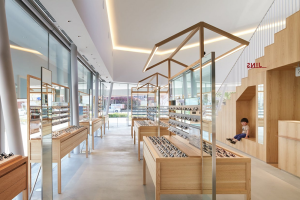 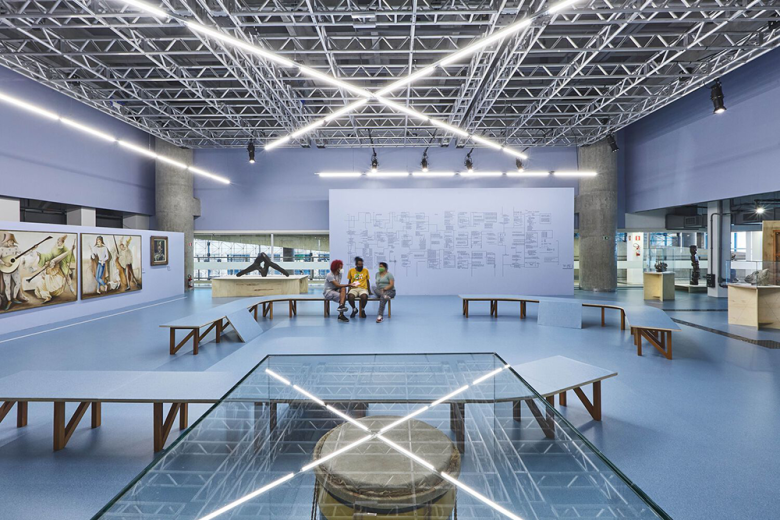 The show Raio que o Parta, shown between February and August 2022 at Sesc 24 de Maio, in downtown São Paulo, reflects on the notion of “modern art” in Brazil beyond the 1920s and on the protagonism often attributed by art history to São Paulo and to artists from the Southeast axis. Curated by Aldrin Figueiredo, Clarissa Diniz, Divino Sobral, Marcelo Campos, Paula Ramos, and Raphael Fonseca and consulting by Fernanda Pitta, the exhibition seeks to rethink this centrality, in the year in which the 100th anniversary of the Modern Art Week – held in Theatro Municipal de São Paulo in 1922, a few meters from the 24th of May – through the exhibition of more than 600 works by artists from all regions of the national territory.

The exhibition project, conceived by gru.a (group of architects) and Juliana Godoy, at the invitation of the exhibition’s general curator Raphael Fonseca, took advantage of the qualities and challenges of the space destined for the exhibition: the fifth floor of the renovated/designed building by Paulo Mendes da Rocha and MMBB.

The Sesc 24 de Maio plan is the result of the joining of three previously autonomous buildings and the occupation of a block of space. Its structural and spatial design results, therefore, from the articulation of these three distinct logics. The room for the exhibition consists of two of these patterns: the perimeter and the core. The first of them, the perimeter, has a free height of just 2.8m and very close pillars, resulting in a difficult spatiality for the exhibition of large-scale works. In the second, corresponding to the old unoccupied center of the court, the ceiling height is double, and there is a wide central span, allowed by the creation of four new monumental pillars that cross the 14 floors of the building, supporting the structure of the swimming pool located exactly in this stretch, but on the roof of the building.

The occupation strategy took this condition into account, seeking to undo the spatial segmentation that divides the space and favoring free crossing between the two spaces of different typologies. The panels that support the two-dimensional works are suspended from the ground by the existing pillars of the perimeter section, infiltrating towards the double-height space, on the one hand, and allowing the visual connection between the building’s facade and its brain, on the other. In the central space, a square is created, where a concentric bench and a light blue rubber floor are installed, spilling towards the perimeter under the panels.

The large space of the square, which became a meeting place, integrates the educational aspects of the exhibition, with intense programming during the show, incorporating various uses such as conversations, concerts, and theater performances. 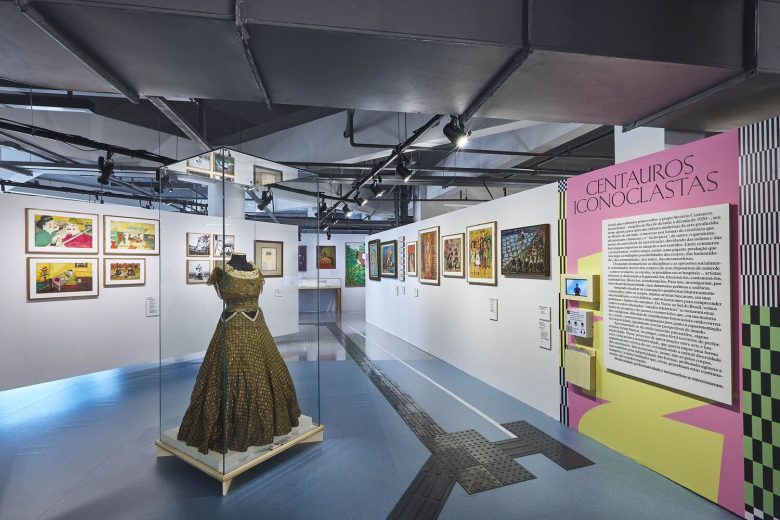 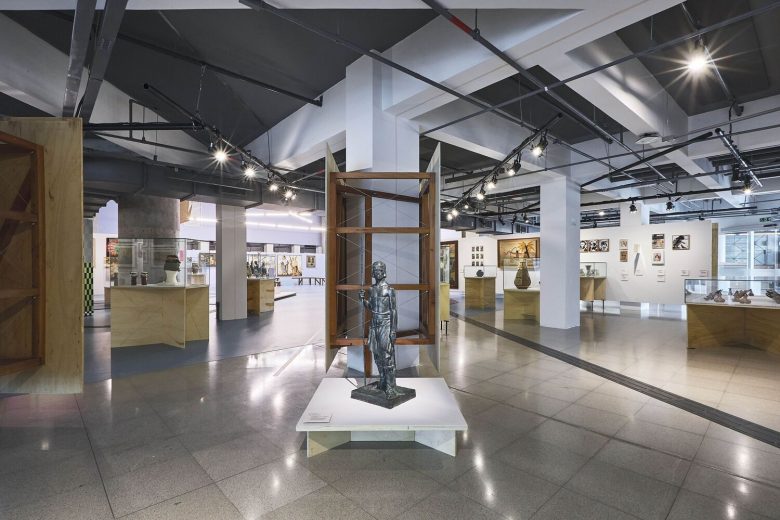 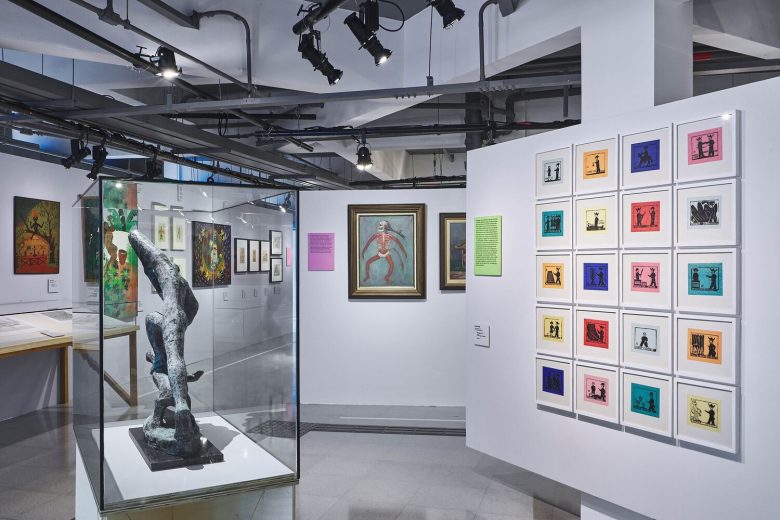 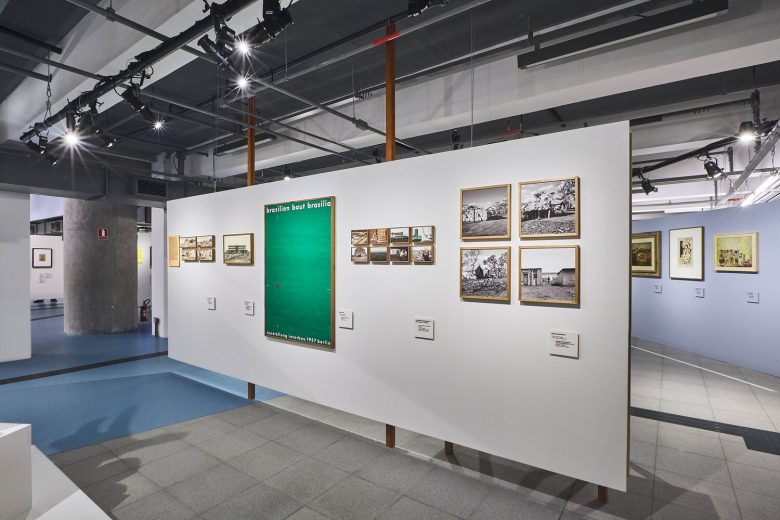 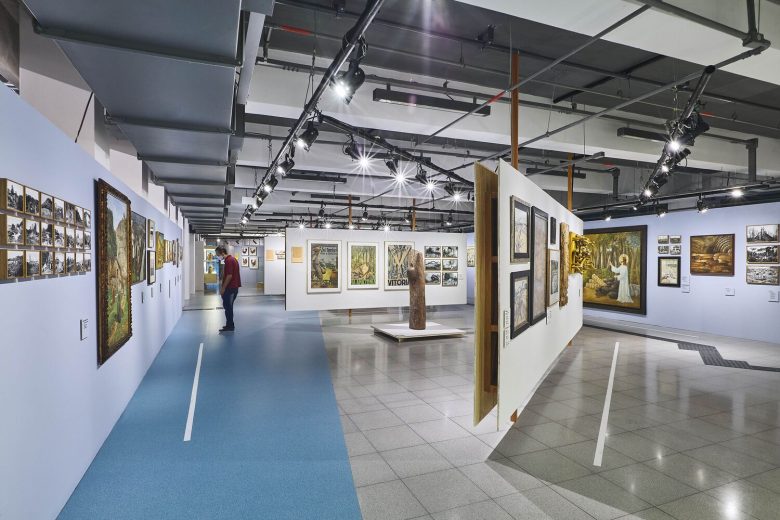 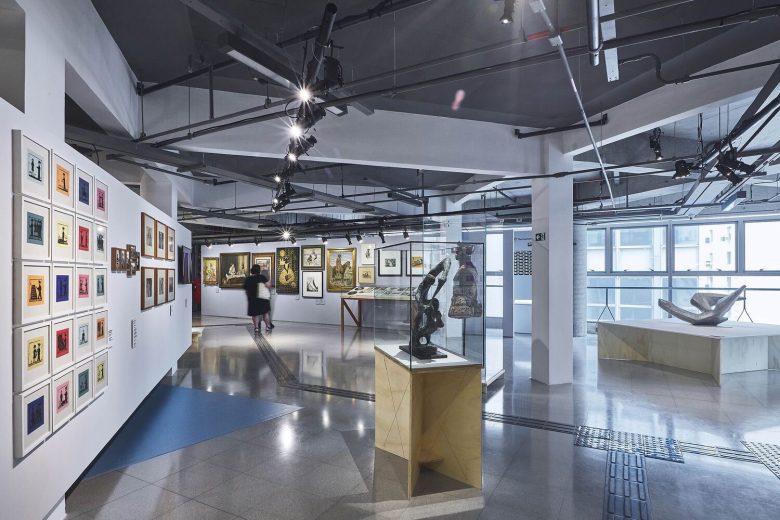 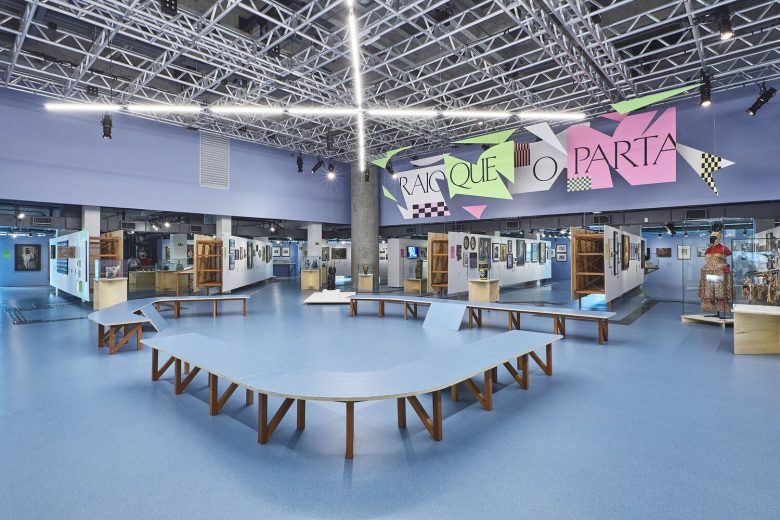 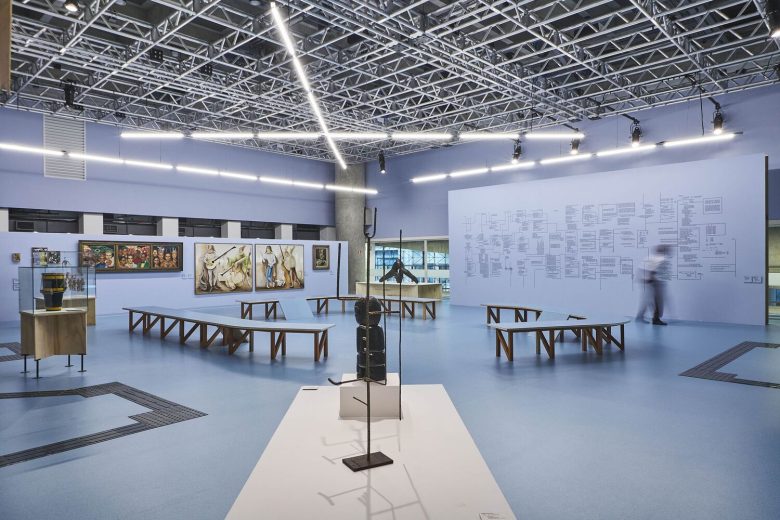 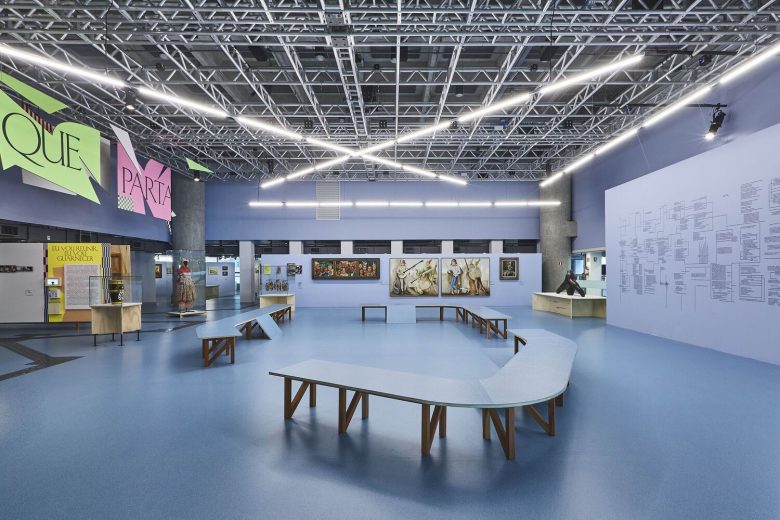 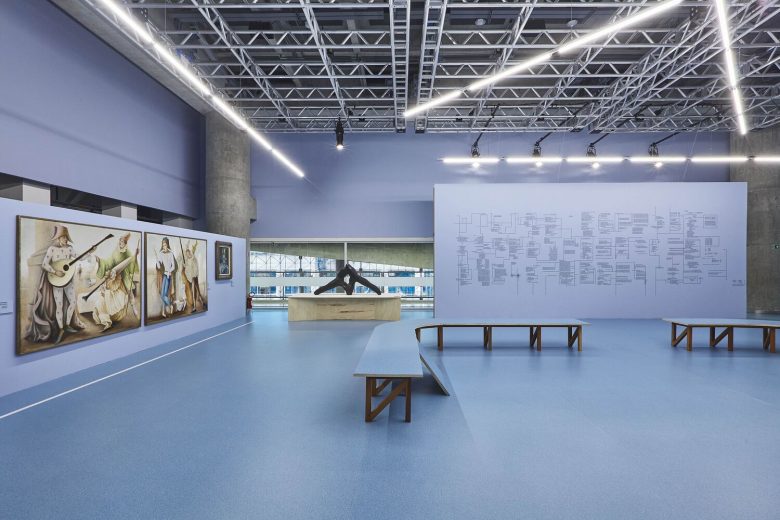 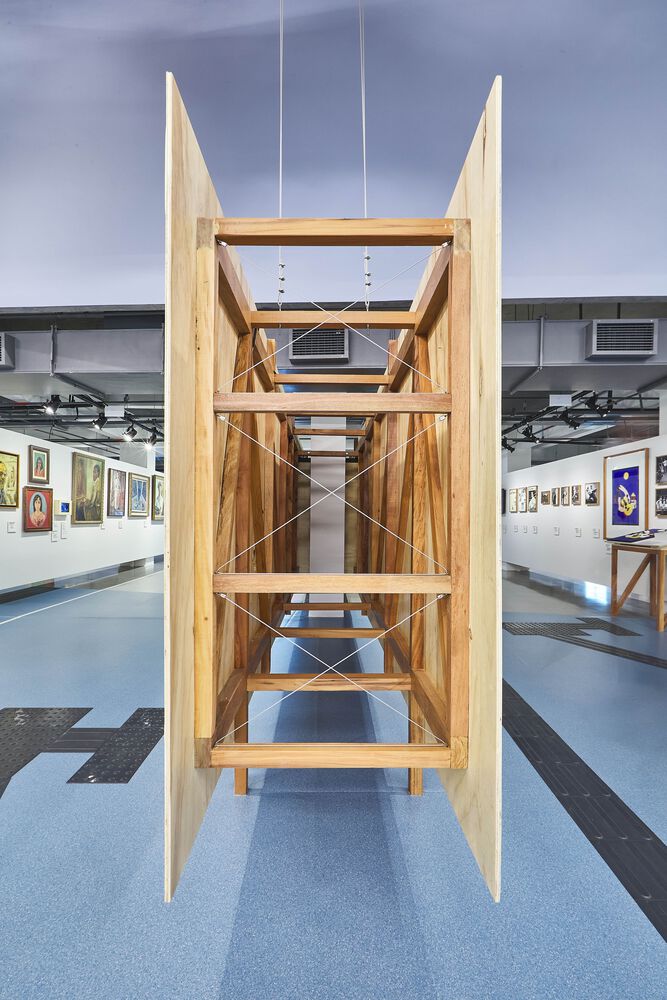 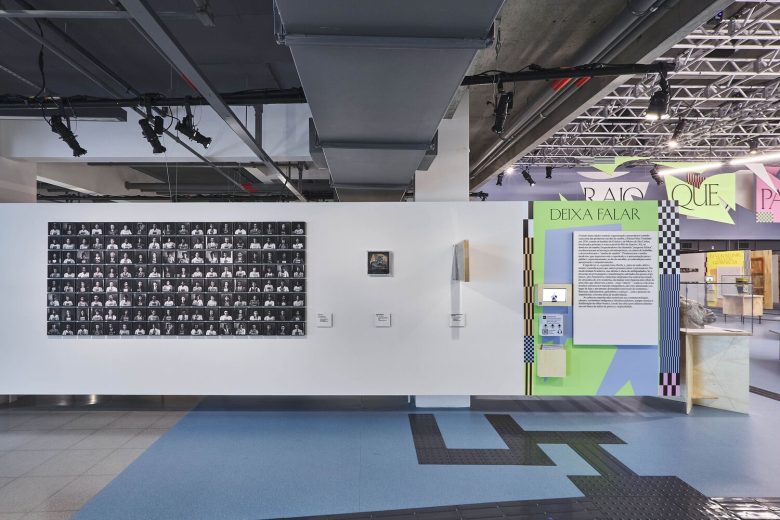 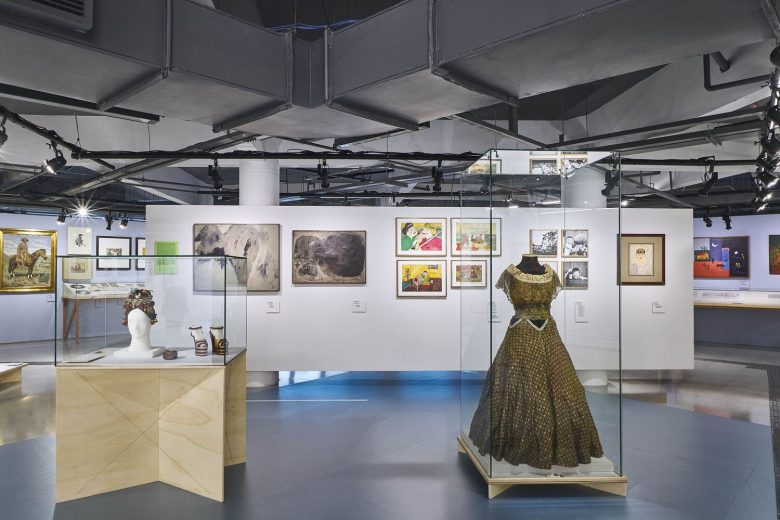 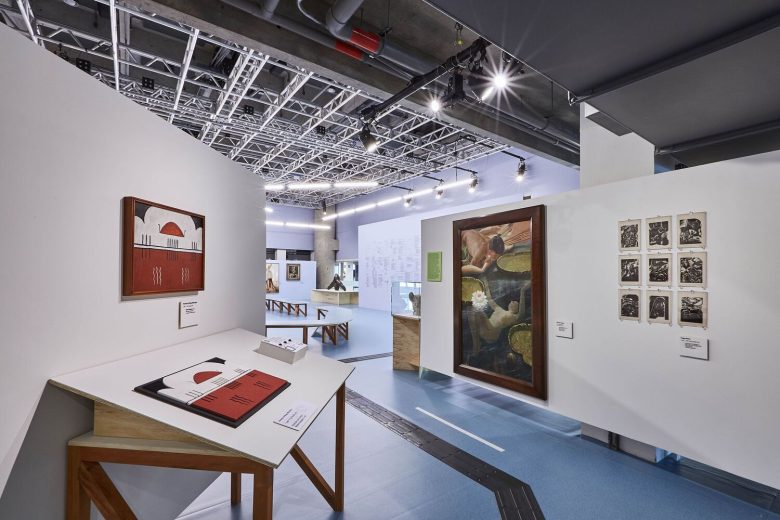 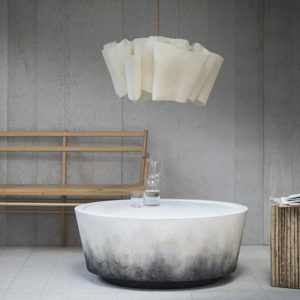 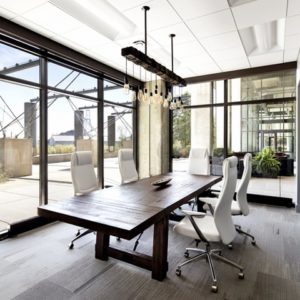 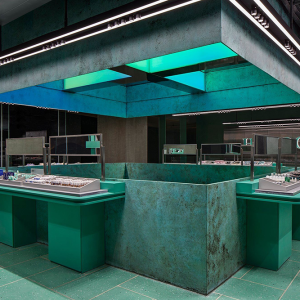 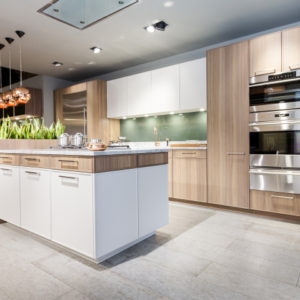