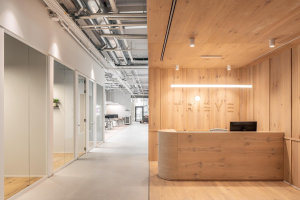 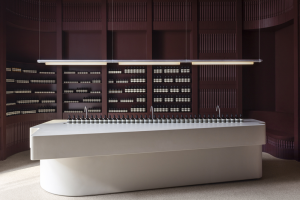 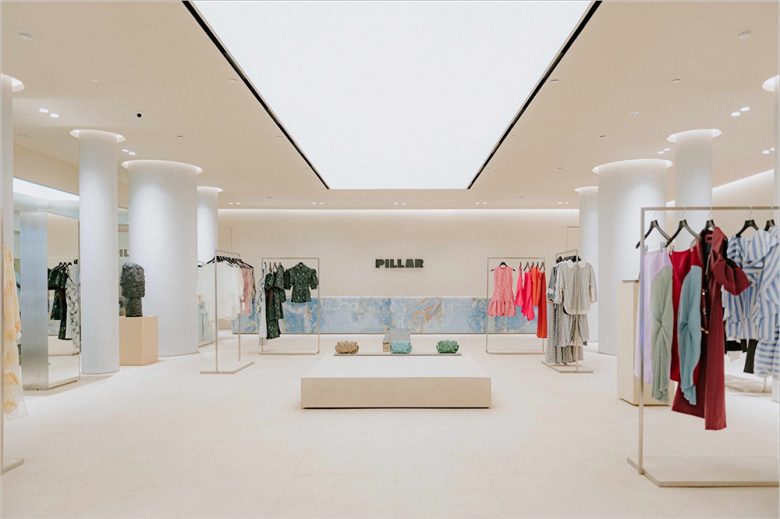 The upper segment of Jakarta‘s retail scene has traditionally been dominated by foreign brands, but as this specific consumer market has matured and expanded – mind you, Indonesia‘s aspiring middle class contingent is predicted to shoot up to 130 million people in 2030 – interesting new retail establishments have emerged that tick all the boxes of this savvy demographic. Behold Pillar, a newly opened multi-brand womenswear boutique at Plaza Indonesia, one of the Indonesian capital’s luxury shopping centres. Founded by Michelle Tjokosaputro, a seasoned entrepreneur who also heads textile and garment manufacturer Dan Liris, the boutique is an obvious extrapolation of her savoir-faire in textiles and insight in fashion. The Pillar store is situated on the second floor, and the interior design, created by Jakarta-based architecture and design practice FFFAAARRR, seemingly takes ample cues from its very name.

The boutique’s floor-to-ceiling glass front is lined with pillars, while further inside, more pillars line the side walls, creating two corridors and a large space in the middle that’s more or less demarcated by a large backlit stretch ceiling. At the far end sit an elongated counter clad in blue marble that somewhat counterbalances Pillar store’s predominant off-white hue. Furnishings and fixtures include a series of monolithic displays, a large square equivalent, ample clothing rack stands, and a number decorative metal furnishings, such as a bench and shelving units. Concepted as a retail space for forward fashion design, the premises are additionally dotted with a curated range of artworks that emphasise this focus. Pillar stocks womenswear and accessories by acclaimed Indonesian designers and emerging talents from home, and very soon, also from abroad. Additionally, there’ll a curated range of lifestyle items are available. The brand list currently includes Peggy Hartanto, Byo, Heaven Tanudiredja, Friederich Herman, Sean Sheila and everyday. 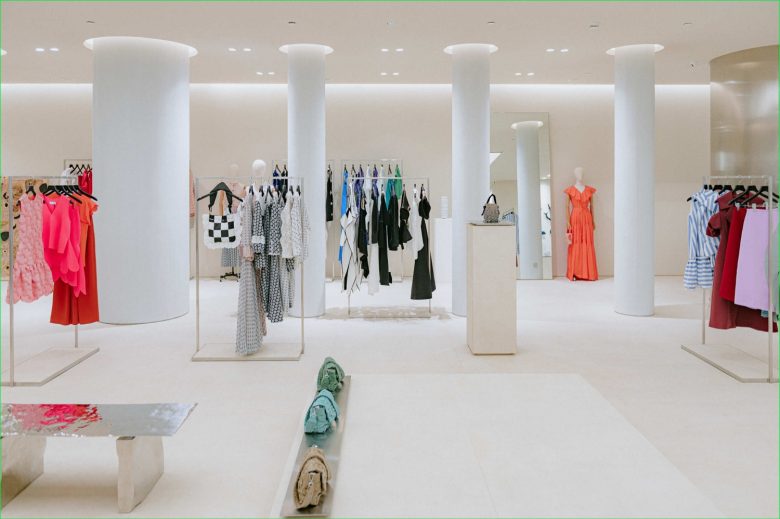 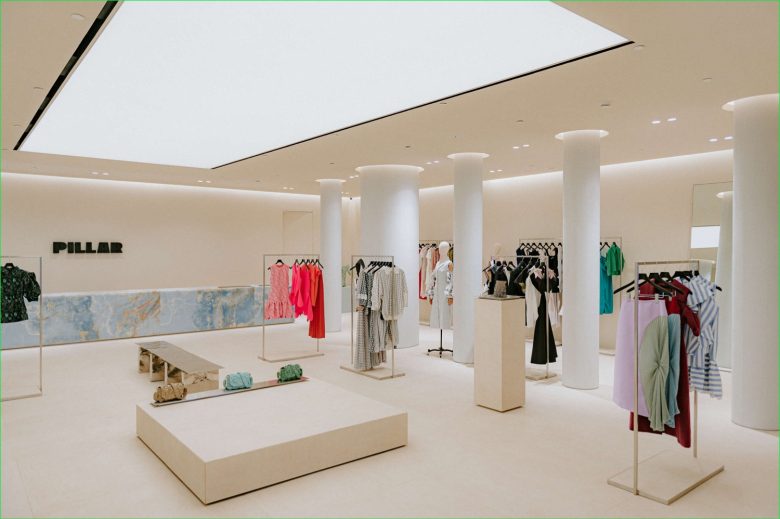 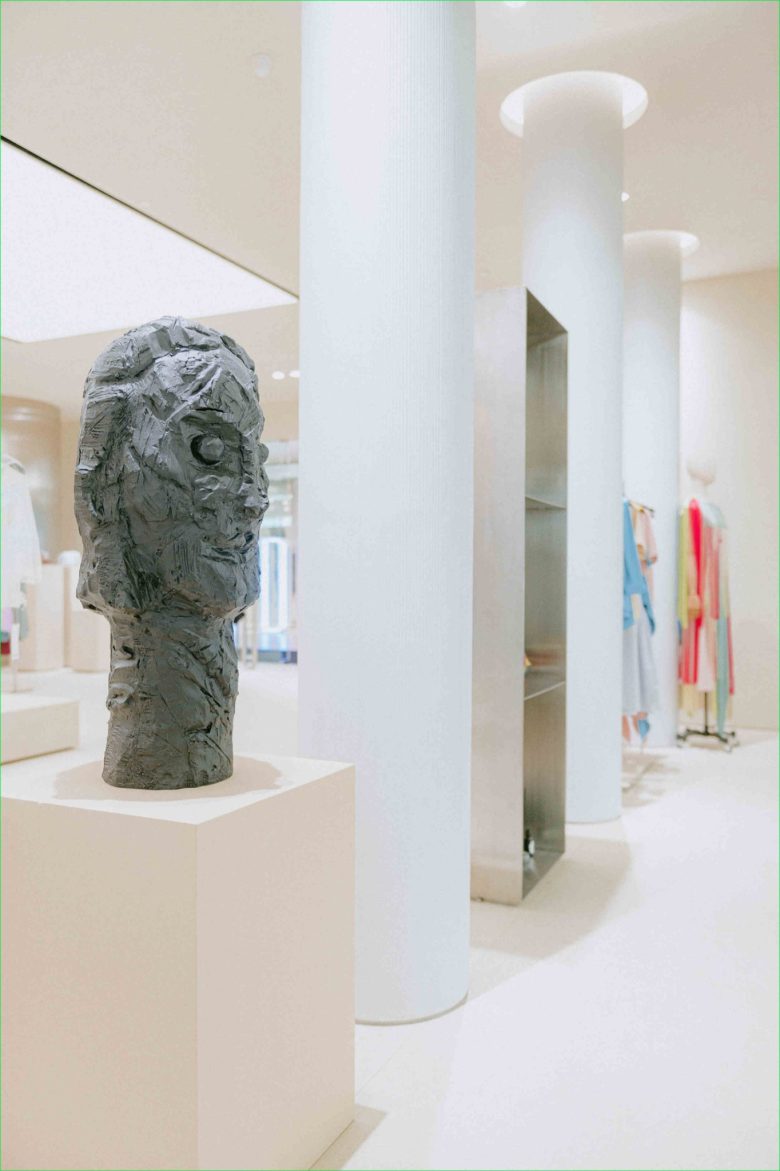 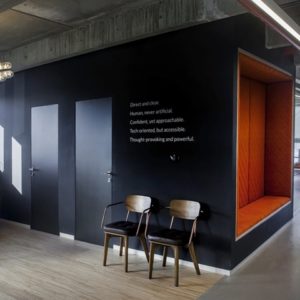 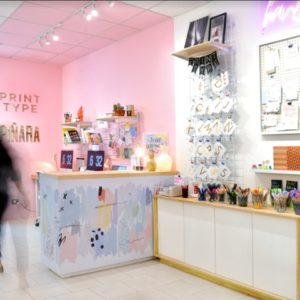 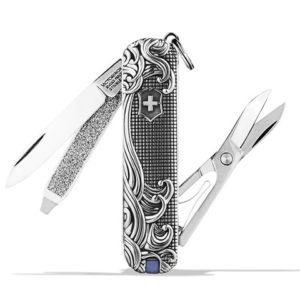 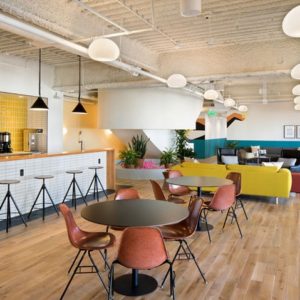