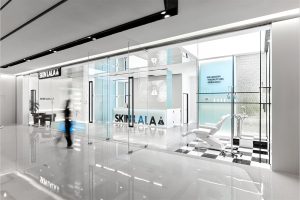 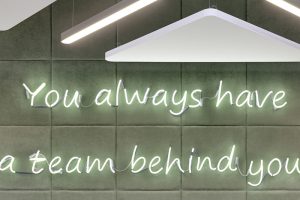 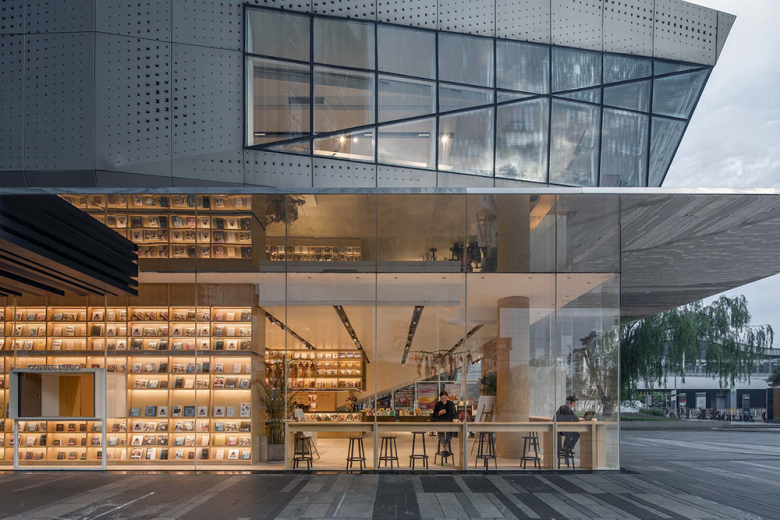 A new PageOne recently establishes itself in the center of Beijing’s Haidian directly adjacent to Wudaokou Subway Station. It is a district where some of the nation’s brightest minds work and reside. In its vicinity are many elite high schools, universities, national research centers, and technology headquarters. Office AIO gives the bookseller a design that caters to its cerebral community. But it also redefines the plot with a civic underscore beyond the building’s confine, a vision in which it acts as a social place that nourishes both book lovers and hurry-throughs with respect and openness to culture.

Recreating a civic ensemble. The two-story structure sits right by a boulevard on a concourse. It was first a developer’s spectacle gesture as a sales center, then a precinct crammed with food businesses serving weekday professionals. Over time, this deconstructionist building has faded in discord with the mundane activities it houses. Numerous restrictions were in place for facade renovation. But Office AIO insisted on opening up the ground floor to recreate an inviting exterior that takes advantage of the plaza in front. Its previous faceted aluminum cladding is restructured and replaced by a glass volume insert. A new slim canopy reflects the street and its interior to the passer-by. Extruded logotype visually draws the bookstore out to the public area. With its long edge featuring a series of shelves displaying opened books and magazines, a playful recessed opening serves coffee-to-go. The exhibit acts like a captivating installation for window reading as one waits for the drink. This updated band of transparency and continuity results in a brighter and lighter structure, blurring the boundary between the concourse and the building. With people converging from all directions, it reasserts its presence with new potential for the area to become a marketplace, a performing stage, and a public plaza.

Shuttling through knowledge. The elongated building is sandwiched between a business tower and the Wudaokou subway station. To extend the building’s civic nature, the proposal’s interior resonates with the rail tracks nearby. Lines of bookshelves shelving uninterrupted flows of books are laid in parallel, with few diagonally crossed openings. Like a train plying through a landmass with quickly shuffling sceneries, a person passes by the milieu of knowledge, busying the eyes and minds with the volumes’ interconnected yet varying perspectives. Consistently veneered surfaces and hidden structural elements provide a clear frame of mind for wandering in the maze of books. Contrasting the solitude shaped on the North, the South side on both floors houses public and social programs. A cafe, register, and several stands on the first floor align with the bookshelves’ linearity, with a few seatings lining the entryway corner. On its second floor, an open space with flexible partitions can host various events, connecting the visitors with a full view of the concourse and the city beyond.

China’s economy is on the cusp of leveraging cultural businesses for the popularity of commercial developments. While a new bookstore brings substance to the area, Office AIO’s design further elevates the building’s prominence in a larger context, revitalize the surrounding neighborhood, from a place to rush through to a cultural destination that embraces and captivates its customers and passer-by with books and more. 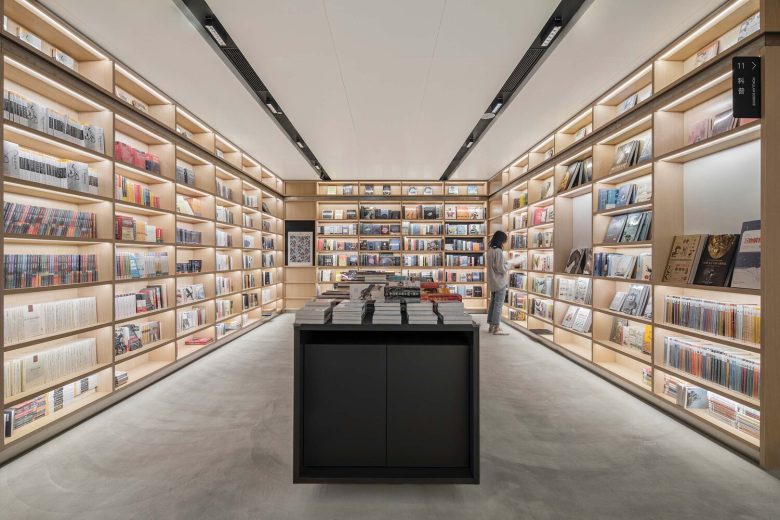 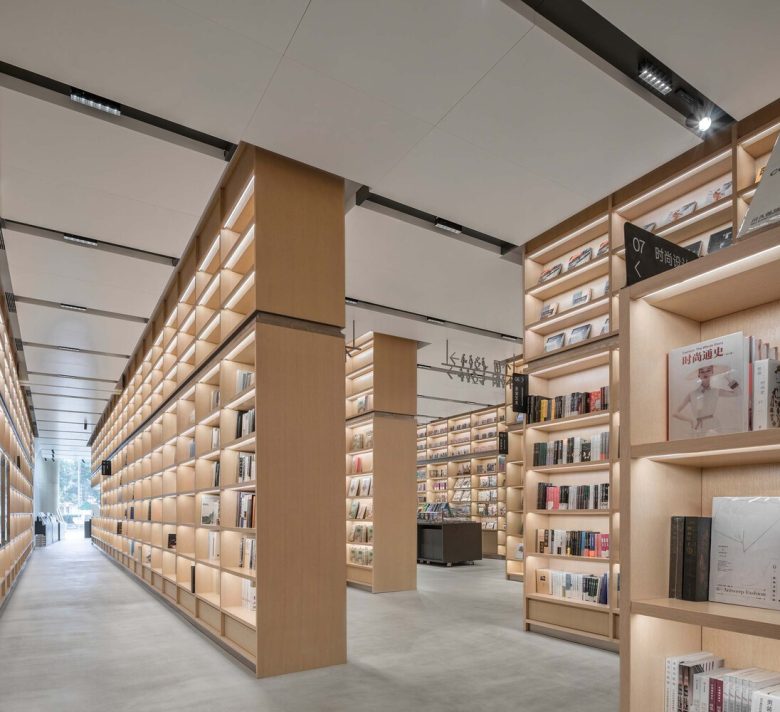 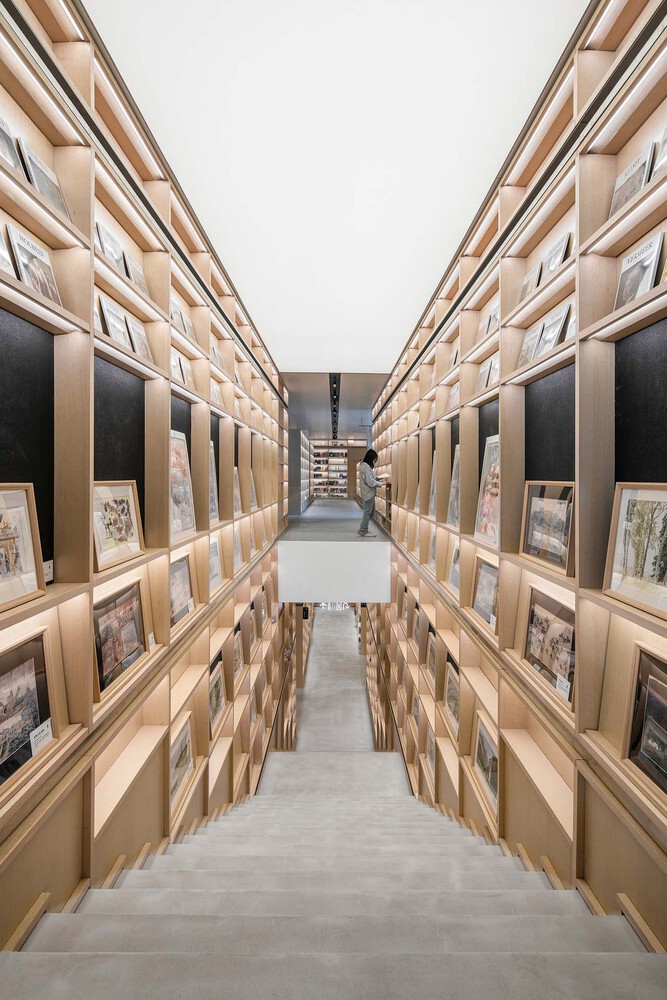 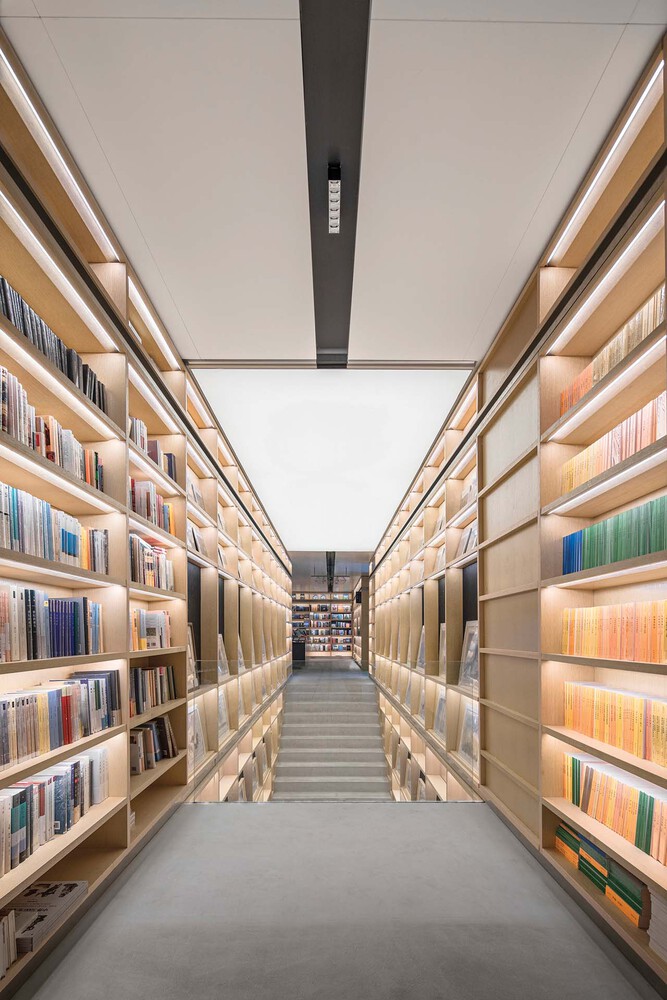 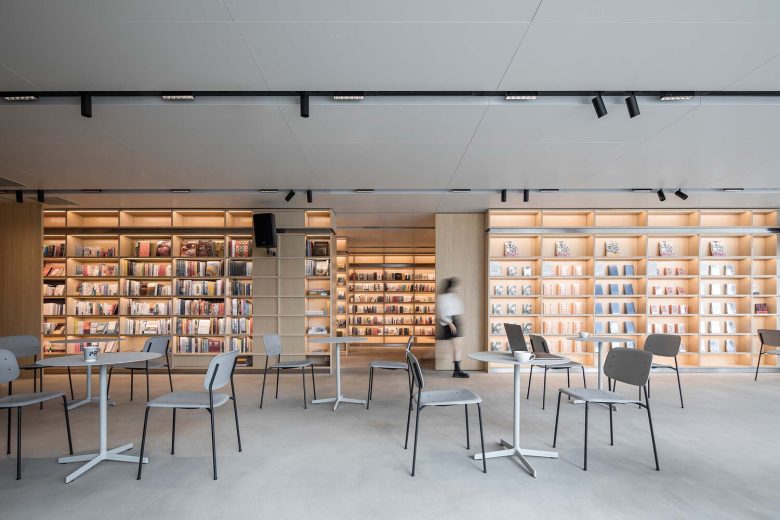 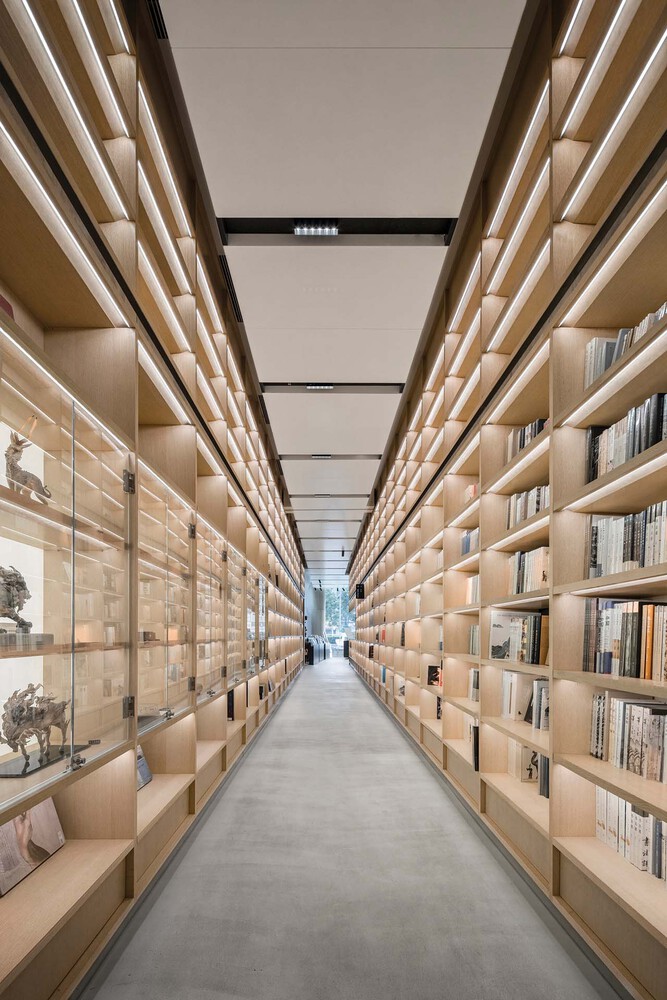 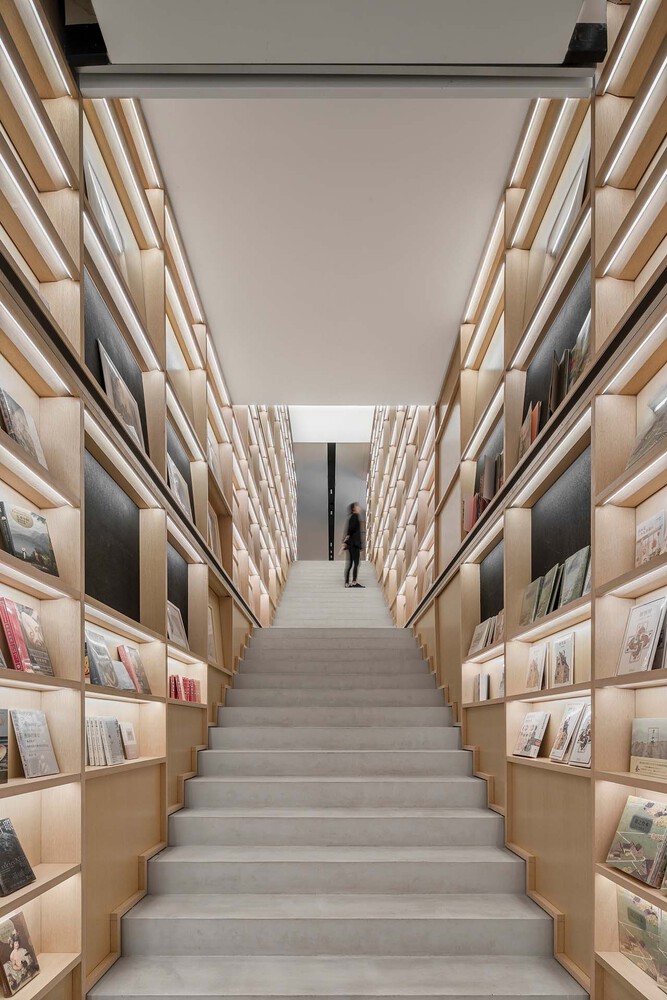 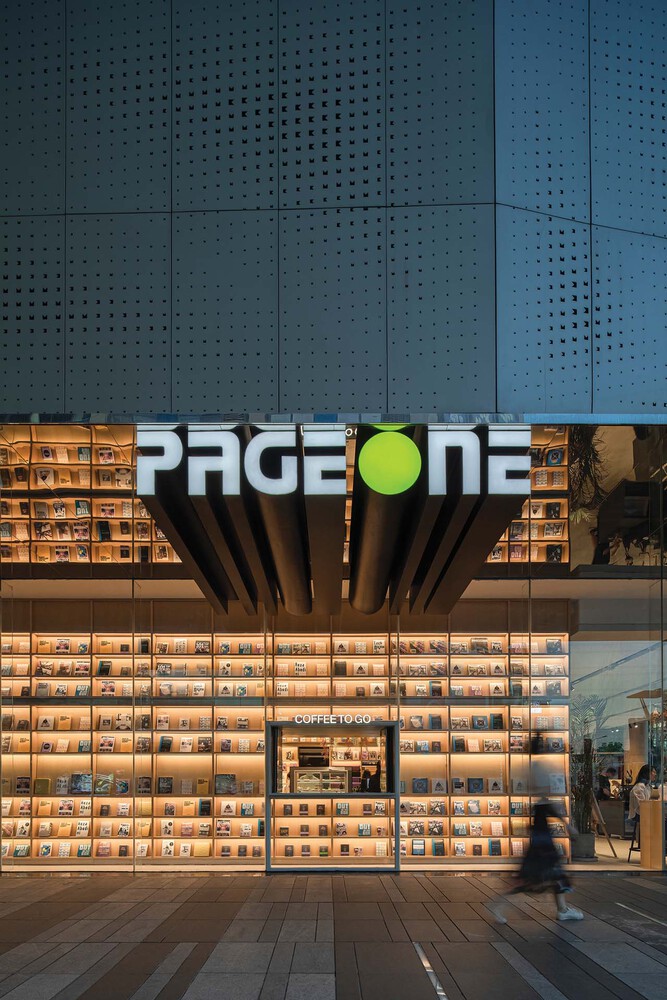 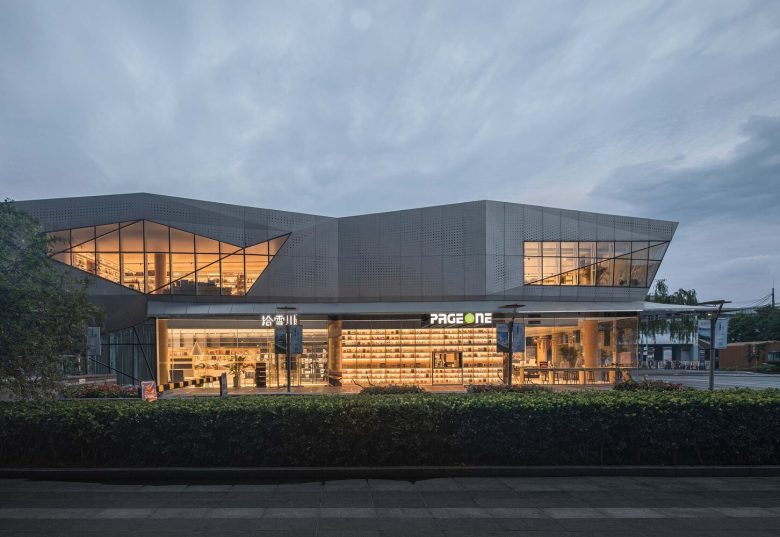 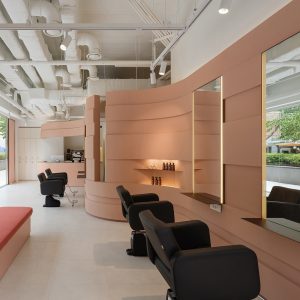 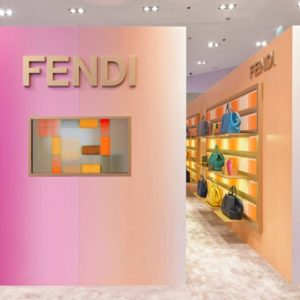 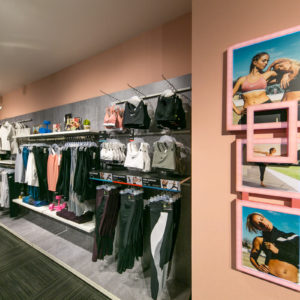 NEW CONCEPT FOR NIKE IN COIN STORES | a feminine and elegant space by valentina@vandadesigners.com 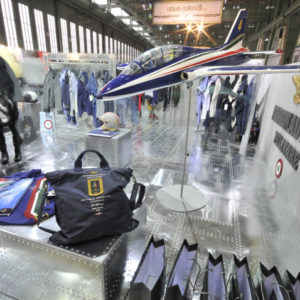