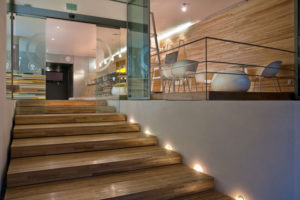 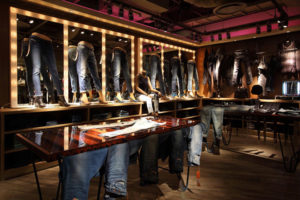 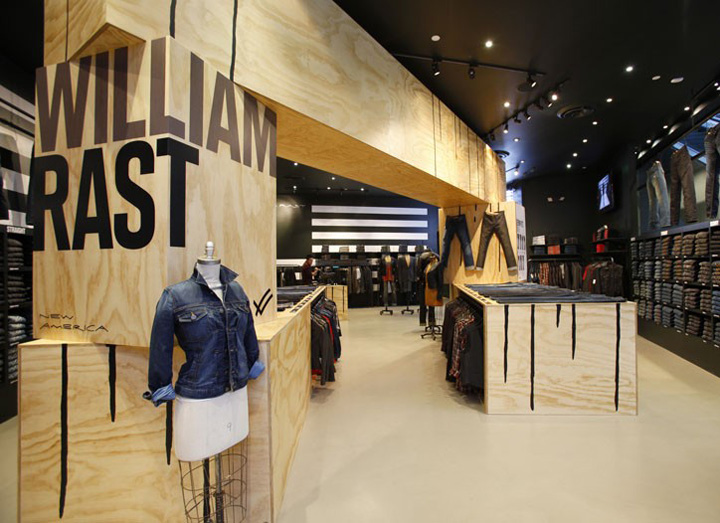 William Rast, the premium denim and contemporary sportswear brand, cofounded by Justin Timberlake and his friend Trace Ayala, unveiled its fusion of a Hollywood lifestyle with Tennessee roots in three California stores that opened Nov. 1, heralding the launch of 40 to 50 units by 2012. Working with the Los Angeles-based architecture firm Johnston Marklee, William Rast transported the rugged Americana found in Timberlake and Ayala’s home state of Tennessee to Tinseltown for an aesthetic dubbed New America. In the 1,850-square-foot store in Century City, the design offsets matte black shelves filled with jeans retailing for $165 to $245 with wide planks of plywood, which were seamed together to create high tables and an angular arch stretching above shoppers’ heads. Vintage dress forms show off the $350 men’s houndstooth blazer, $229 women’s jean jacket and $250 vest dotted with grommets. For its New America, William Rast also reworked the U.S. flag via the Bauhaus art movement by removing the 50 stars and replacing the red and white stripes with black and white streaks. The avant-garde emblem is interpreted as a white neon sign hanging against a black wall, a mural and the irregular black streaks painted by artist Colin Roberts on the plywood panels. 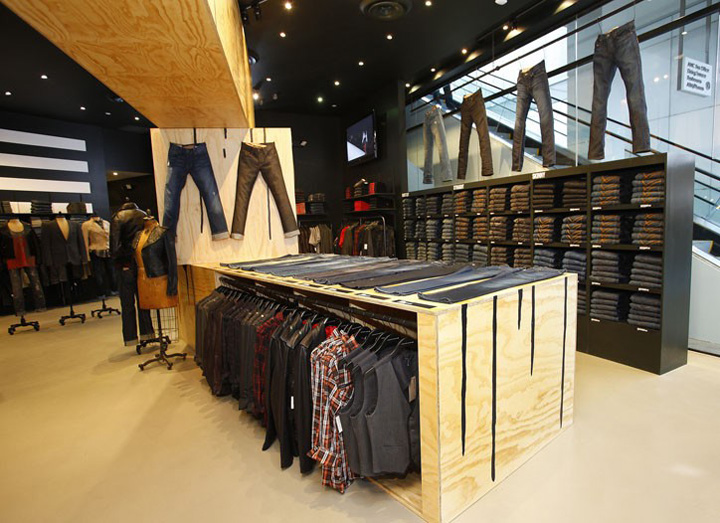 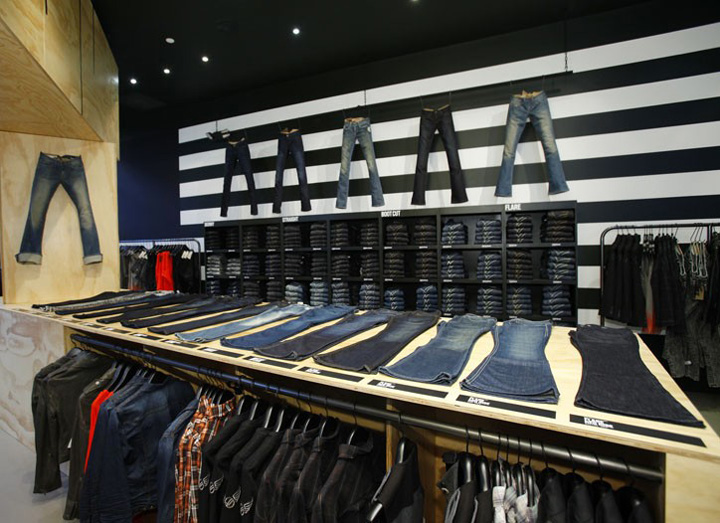 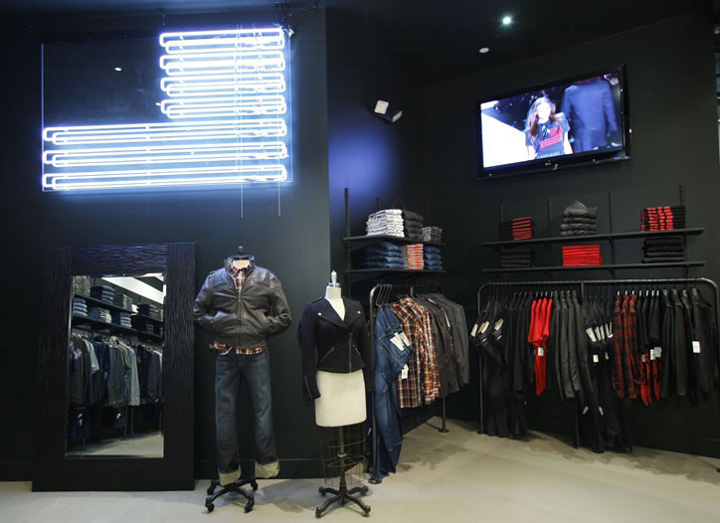 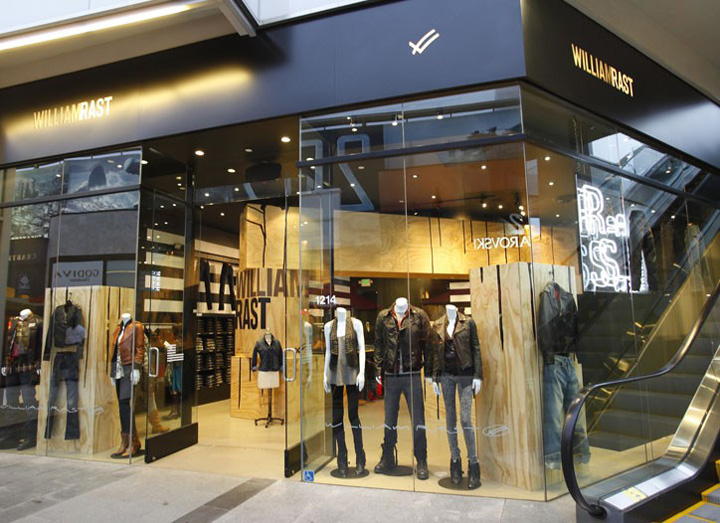 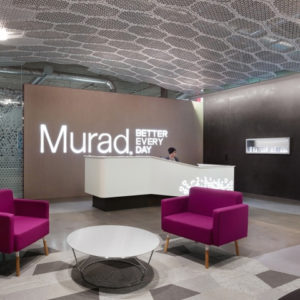 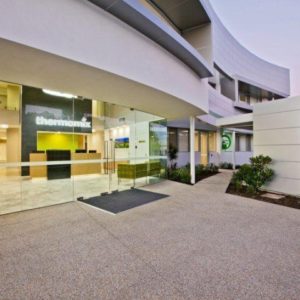 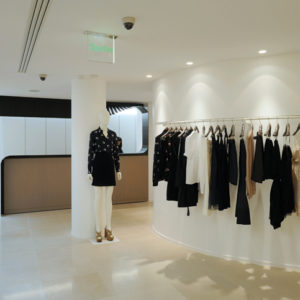 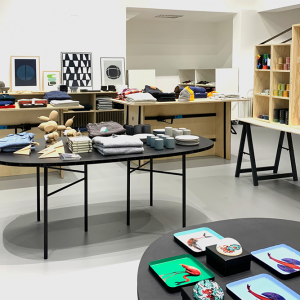