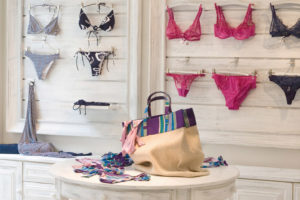 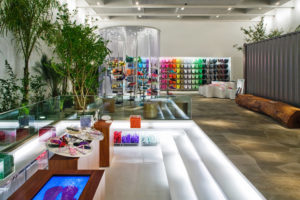 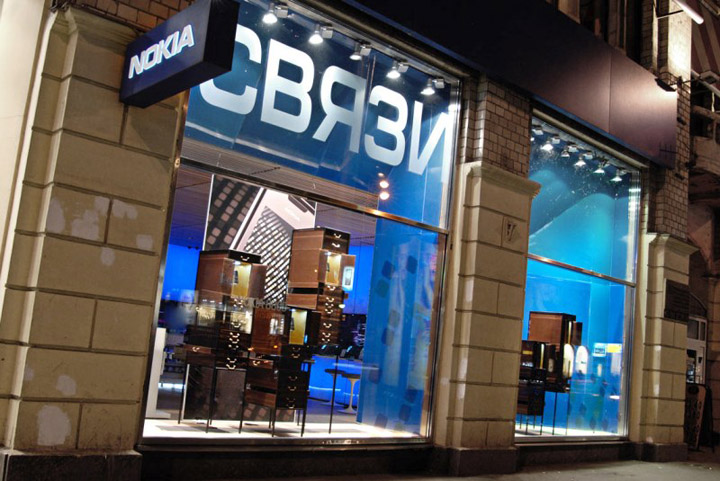 Luxury and exclusivity were the key attributes communicated for the Nokia 8800 Sapphire. The campaign concept was to present the phone as a “jewel” with a series of golden jewelry cases. Leather and gold were used throughout the campaign, highlighting the opulent materials used on the casing of the phone. This campaign was voted internally at Nokia as one of the most successful and premium retail product launches that year. Critical to the success of the campaign was to encourage customers to experience all the unique features of the Carbon Arte by creating a retail journey that promoted interaction with the phone. “What Does you Inner Light Reveal” was the catchphrase translated into an instore campaign for the Nokia Luna 8800. The body of the phone pulsed with light on stand by mode, which inspired the glowing and pulsing display for all elements of the retail campaign. 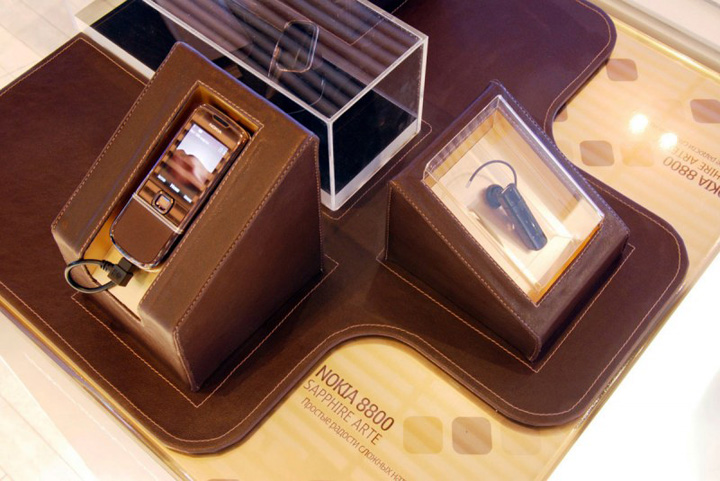 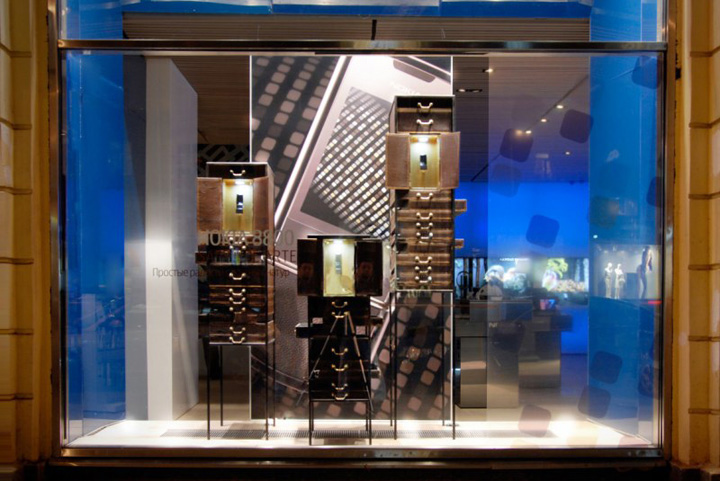 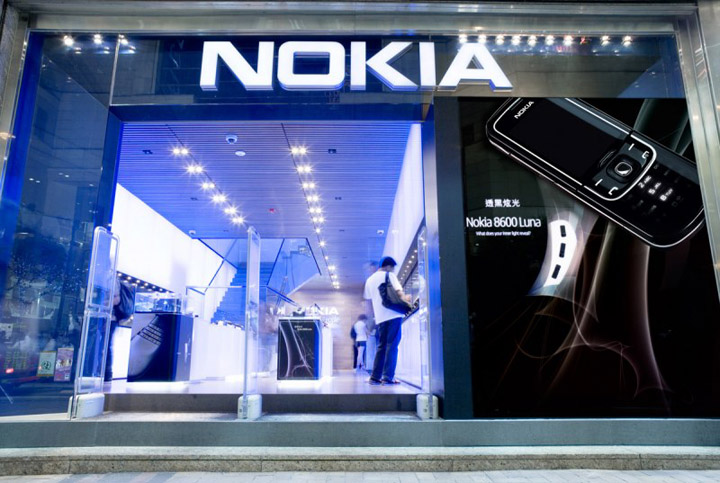 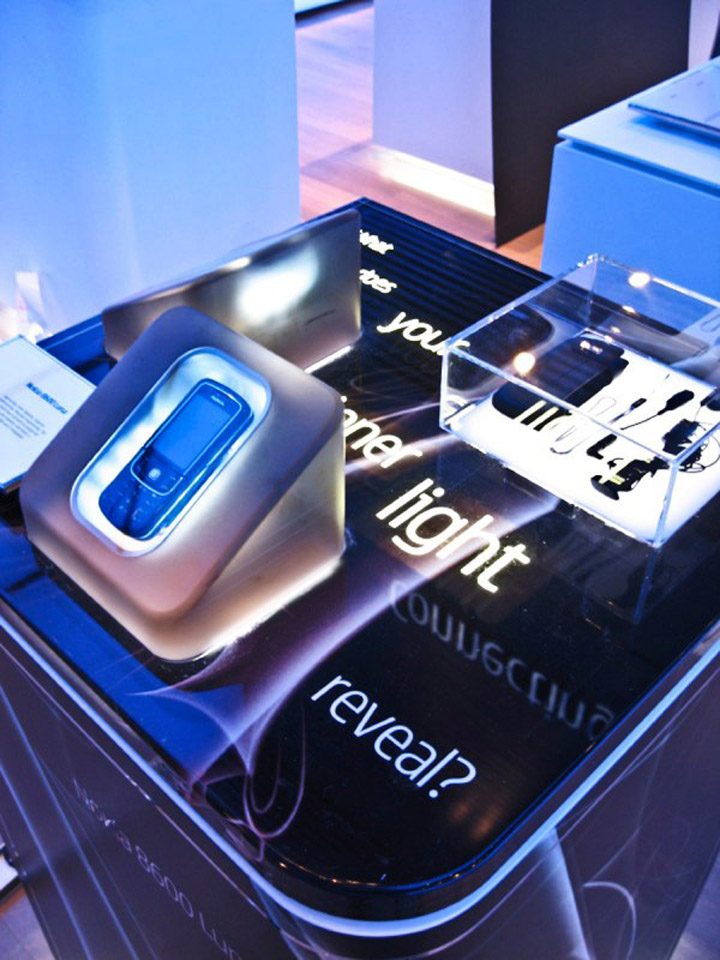 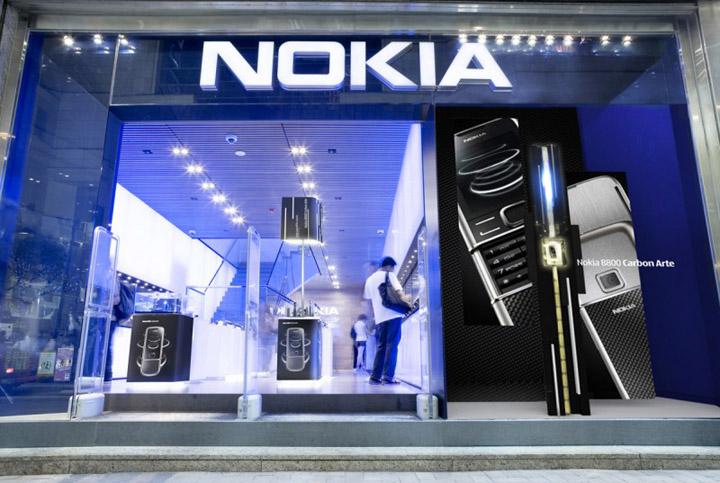 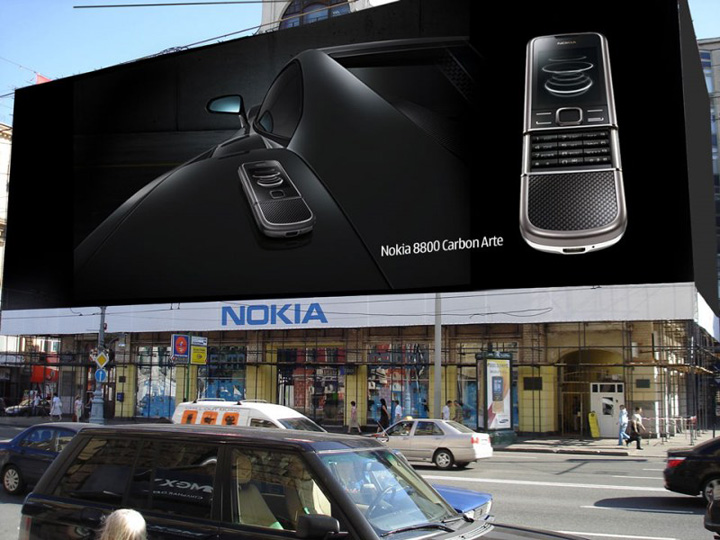 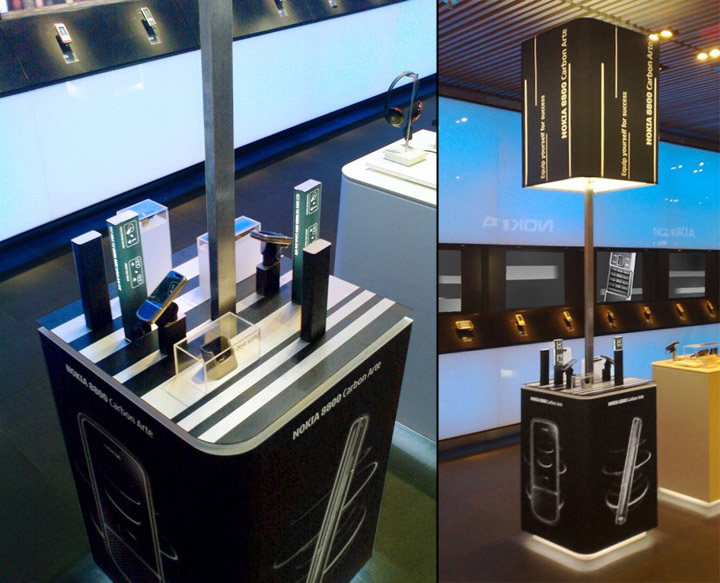 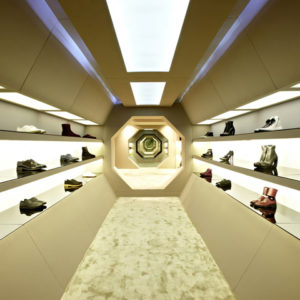 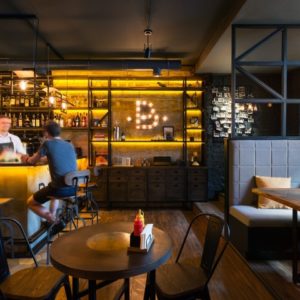 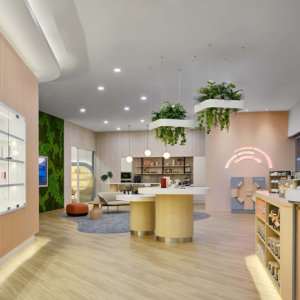 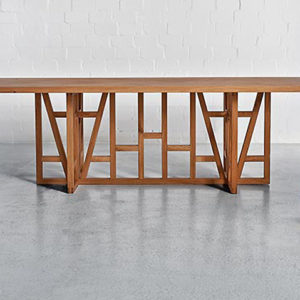