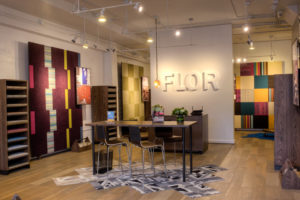 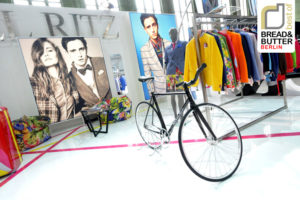 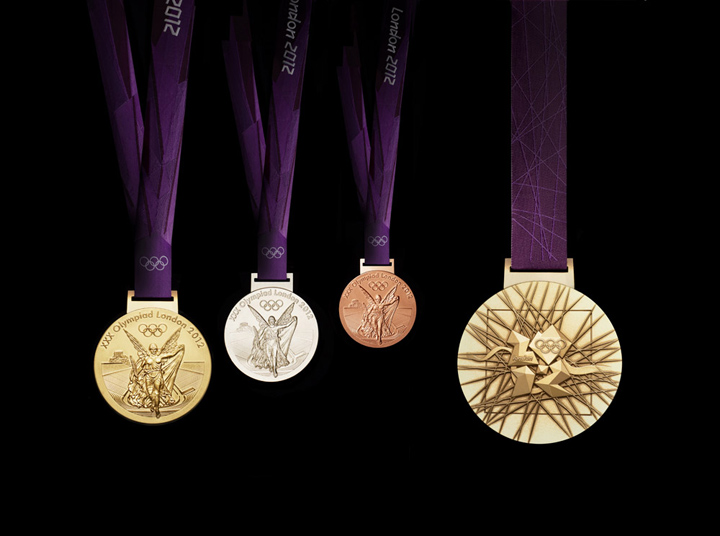 Designed especially for each Games, the medals are what every athlete strives to win. The medals at the London 2012 Olympic Games will be awarded during a total of 302 Victory Ceremonies, taking places at venues across the UK. The medals have been designed by David Watkins, an established artist in the field of decorative art, and are in production at the Royal Mint headquarters in Llantrisant, South Wales. The story behind the medal
The Olympic medals’ circular form is a metaphor for the world. The front of the medal always depicts the same imagery at the Summer Games – the Greek Goddess of Victory, Nike, stepping out of the depiction of the Parthenon to arrive in the Host City. The design for the reverse features five symbolic elements:
– The curved background implies a bowl similar to the design of an amphitheatre.
– The core emblem is an architectural expression, a metaphor for the modern city, and is deliberately jewel-like.
– The grid suggests both a pulling together and a sense of outreach – an image of radiating energy that represents the athletes’ efforts.
– The River Thames in the background is a symbol for London and also suggests a fluttering baroque ribbon, adding a sense of celebration.
– The square is the final balancing motif of the design, opposing the overall circularity of the design, emphasising its focus on the centre and reinforcing the sense of ‘place’ as in a map inset. The precious ore for the medals has been supplied by London 2012 sponsor Rio Tinto and was mined at Kennecott Utah Copper Mine near Salt Lake City in America, as well as from the Oyu Tolgoi project in Mongolia. For the small amount of non-precious elements that make up the bronze medals, the zinc was sourced from a mine in Australia as well as from recycled stock, while the tin originates from a mine in Cornwall. How the designs were chosen
When creating the brief, the London 2012 Organising Committee (LOCOG) Victory Ceremonies team worked closely with the British Museum’s Keeper of Coins and Medals, Philip Attwood, to look at the symbolic history of medals in Europe in the last century.

An independent panel of Sir John Sorrel (chair), Sir Mark Jones, Catherine Johnson, Ade Adepitan (deputy chair), Iwona Blazwick OBE, Niccy Hallifax and Martin Green was set up to look at the designs submitted by over 100 artists. The LOCOG Athletes’ Committee, chaired by Jonathan Edwards, and the British Olympic Association (BOA) were also involved throughout the process. The medals can be seen at the British Museum throughout the Games. 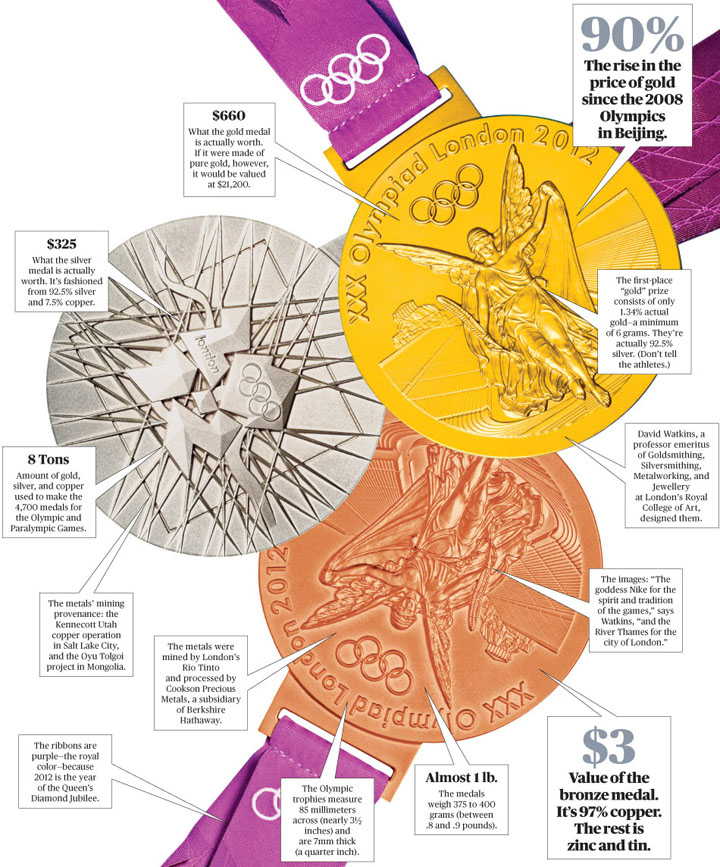 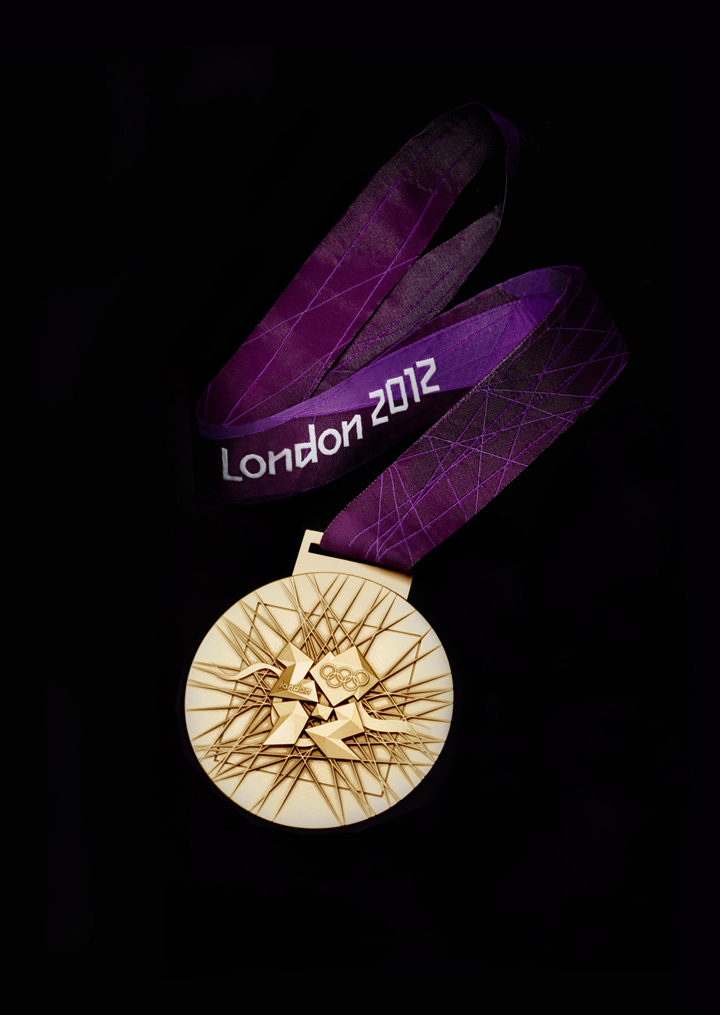 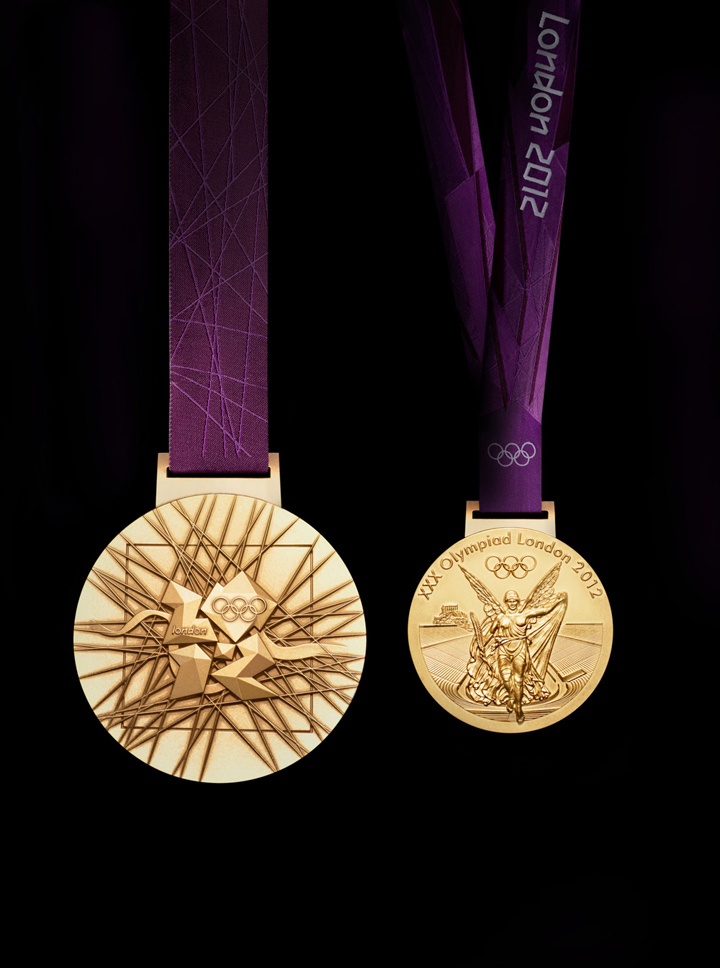 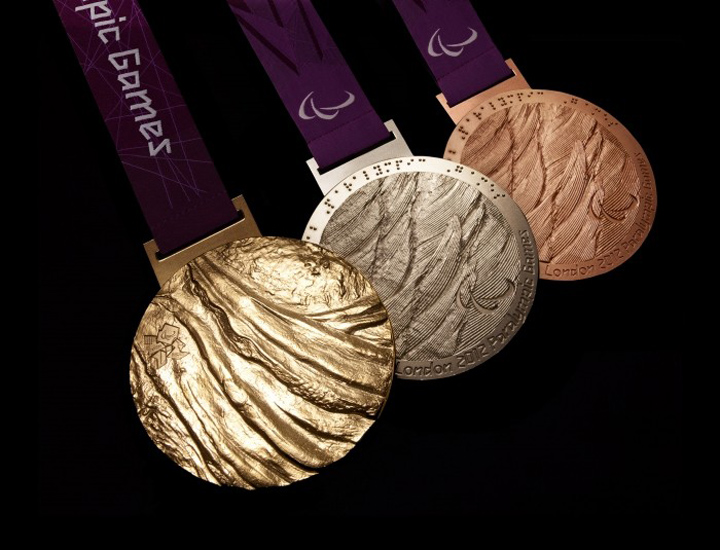 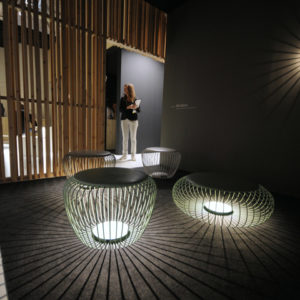 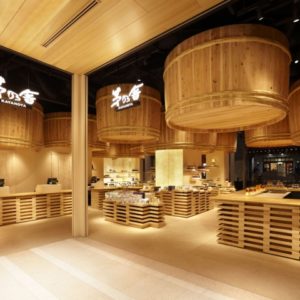 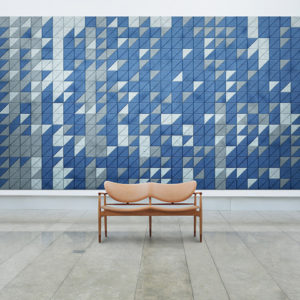 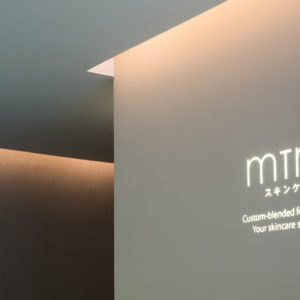