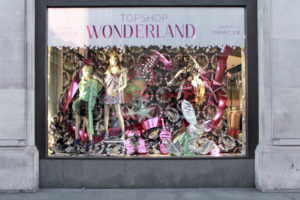 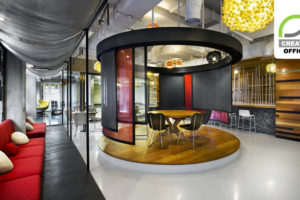 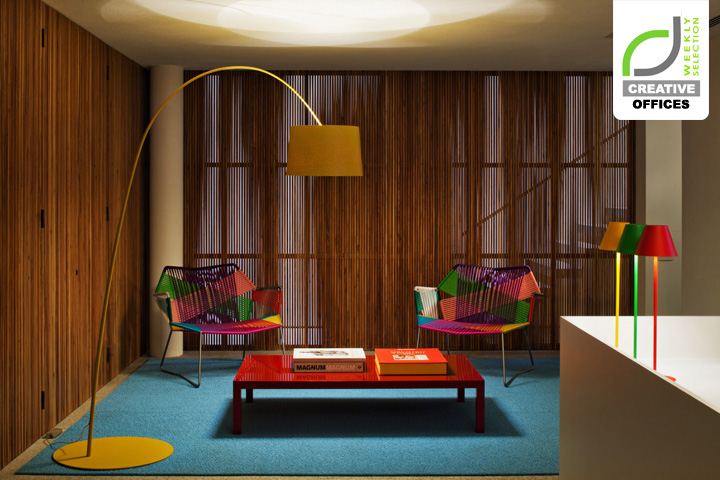 The architectural project of this photography studio, specialized in food photos, emerged from an internal competition held at StudioMK27. The team was divided into 3 groups that worked on the development of different ideas for one day. From these first rough sketches a new project, which, in part, was a synthesis of all these sketches and, in part, an entirely new project, was elaborated. The entrance is via the garden: large sliding metal doors open in their entirety and create a total continuity between the central emptiness and the external space. The main space of the studio is cut by a concrete walkway suspended from the ceiling. This element connects two wooden boxes and configures an internal overlook. On the top floor, in addition to a wooden deck, there is a social area for receptions. It is a large open kitchen from which chefs can prepare complete meals which are served right on the counter-top. One of the initial principles of the architecture for the building was to create a complete trajectory, going through the walkway and the main spaces of the studio before the visitor arrives at the upper kitchen. In this way, he is familiar with the work places, even if the studio is not working. For this project, StudioMK27 sought to use industrial materials and installations. All the external finishings are of metal and, in the internal space there is a blend between metal and wood, which warms and affects the environment. 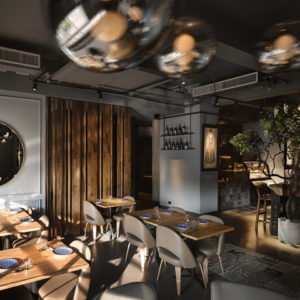 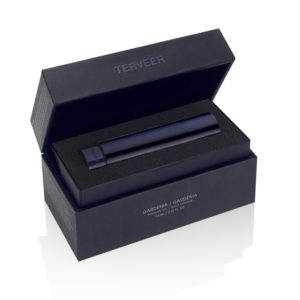 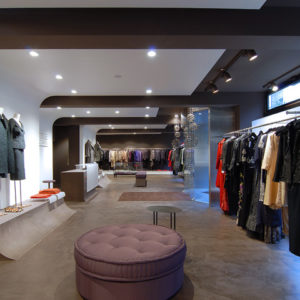 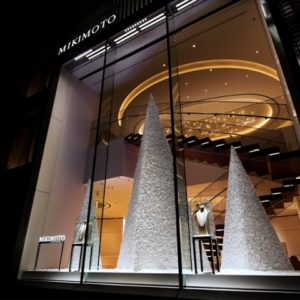