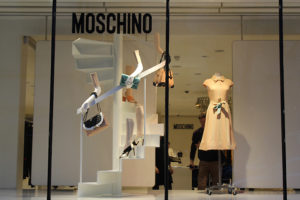 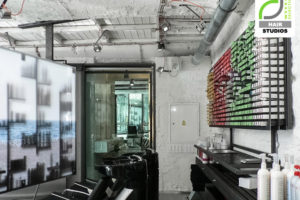 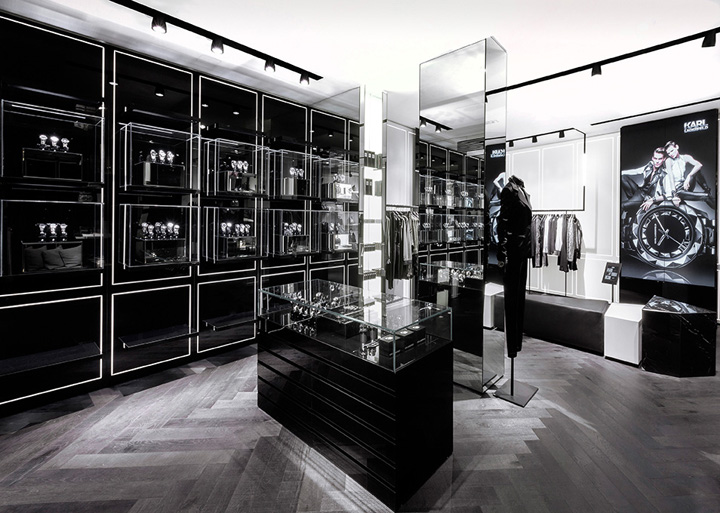 On March 1st 2013 the first European concept store for KARL LAGERFELD opened on Boulevard St. Germain. The new retail concept has been developed under the artistic direction of the designer himself. marked by a minimalistic design with french flair the store design was created and implemented by Plajer & Franz Studio in cooperation with New York based creative agency Laird + Partners. Spread on 209 sqm shopping space, the overall store concept bears reference to the characteristic handwriting of Karl Lagerfeld and is inspired by the vision of the designer. The main focus lies on reduction, black and white as well as strong contrasts in shapes and surfaces, blending edgy modern and classic elements. For all that, the rich-in-contrast design of the store appears harmonious and captivates with its love to detail. Materials and their surfaces play a vital role in the shop design, often creating a multi-dimensionality. Reflecting surfaces such as glass and mirror contrasted with matted materials allow to play with perspectives and thus the creation of subtle visual illusions – a creative wink and a detail becoming visible only on second sight… A dash of french flair is brought to the store by means of a deliberately chosen interplay between classic and modern elements. Inventory objects such as the old wooden staircase leading from the ground level to the first floor have been covered in glass and in doing so transported into modernity. The wood panelling on the first level, characterized by neo-classical lines of french architecture, is maintained and merely restored. Vice versa, elements of the panelling serve as a leitmotif for the composition of the corian-walls, reapearing in the form of LED-illuminated stripes throughout the store. The dialogue between old and modern elements further reflects Karl Lagerfeld’s and the brand’s modern attitude. The store concept is centered around an exciting and elaborate digital experience – the virtual window to KARL LAGERFELD. iPads allow customers to flick through the lookbooks, visit and browse the KARL LAGERFELD website and even communicate with the designer himself via a digital guestbook. Built-in touch-screens are placed in the fitting rooms encouraging consumers to capture their looks and share the pictures with friend via twitter, facebook or email. It goes without saying that the “karl-community is connected… Positioned as trend-focused, accessible luxury brand with ready-to-wear and accessories for women’s and men’s the new store concept leverages Karl Lagerfeld’s iconic image. The concept is developed to carry the complete range of ready-to-wear and accessories of the fashion house whilst leaving room to experience the world of Karl with a unique assortment of objects including sunglasses, watches as well as other iconic and limited items curated by Karl Lagerfeld such as photography and design books among other surprising items… 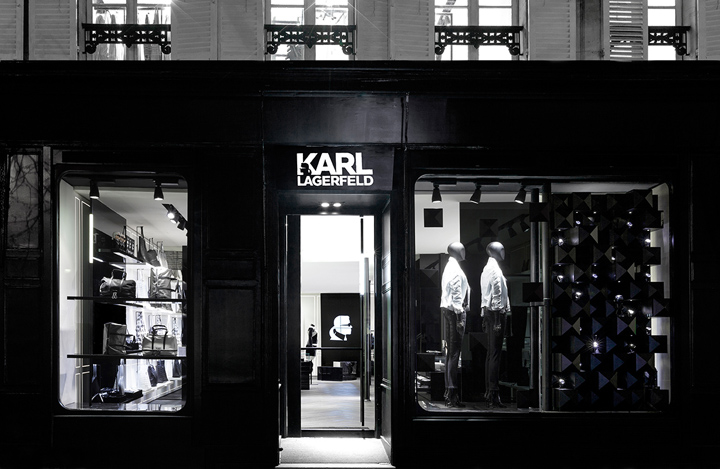 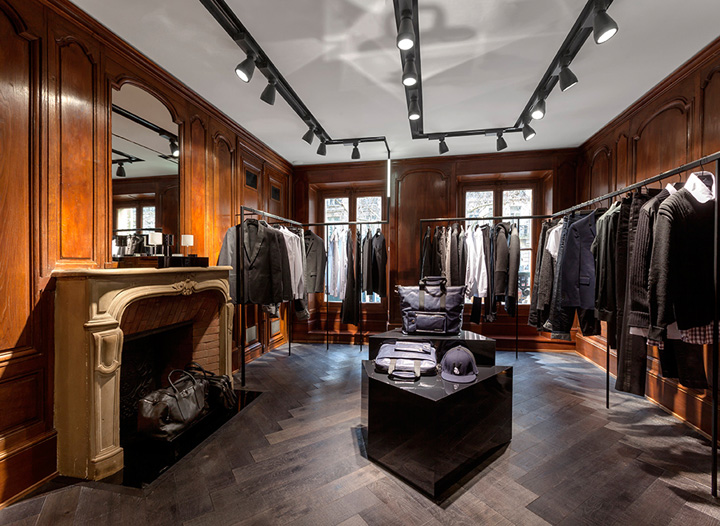 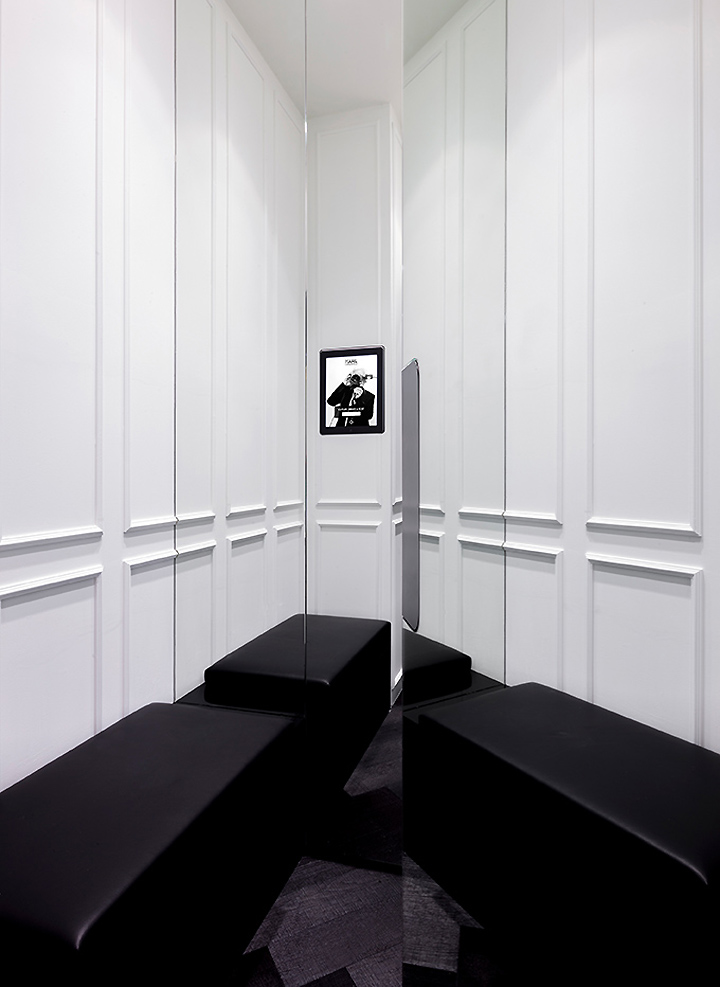 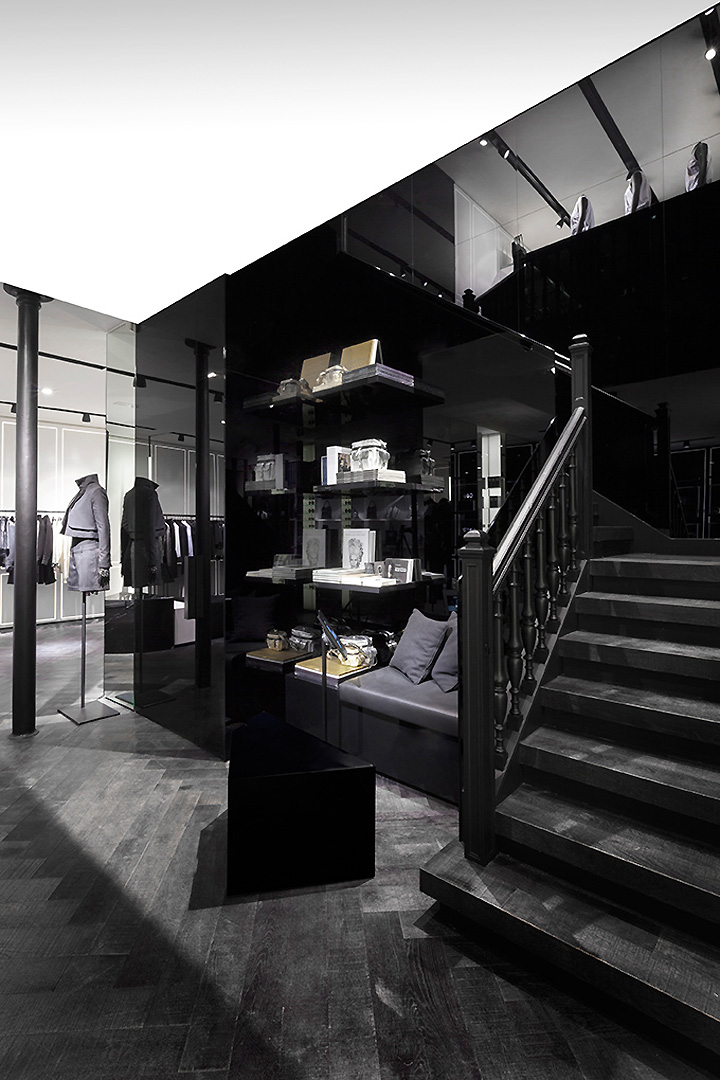 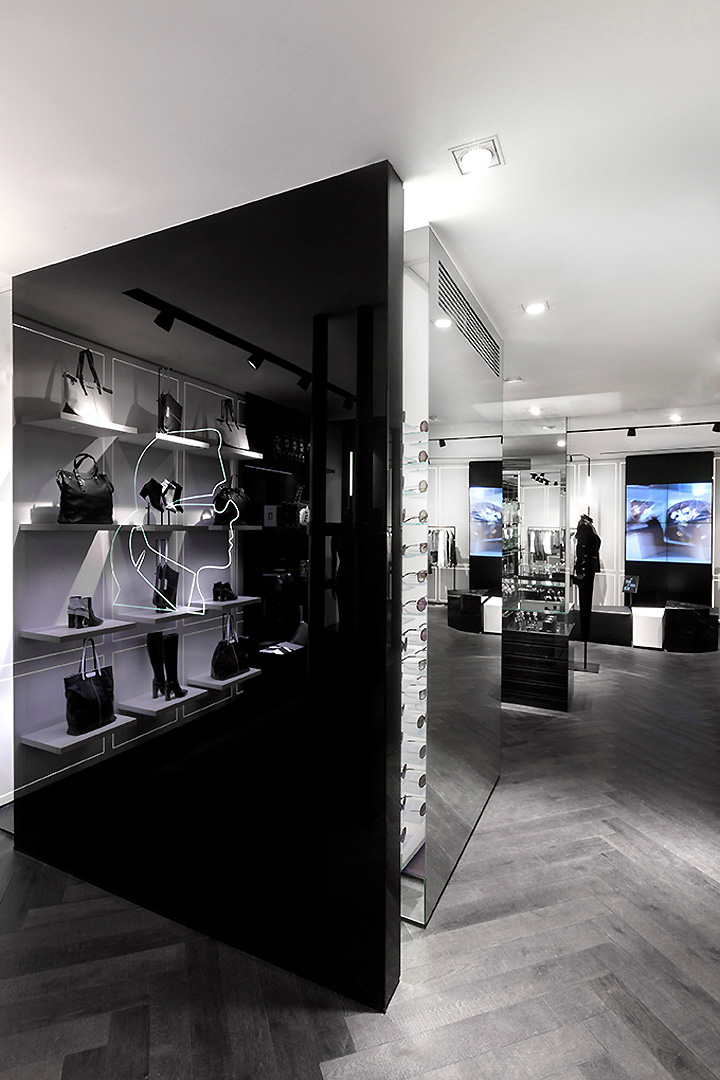 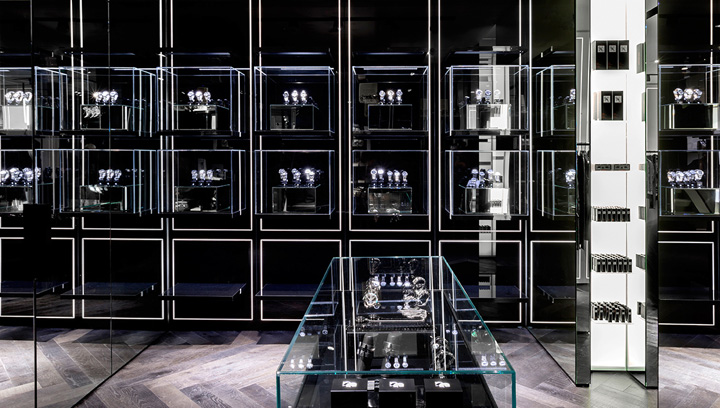 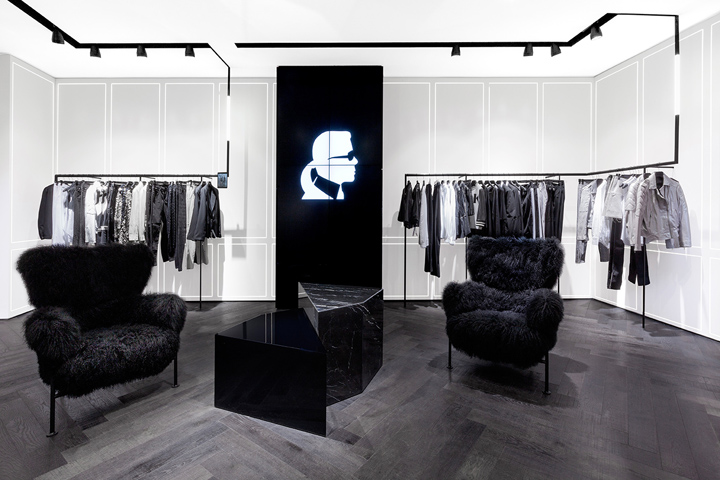 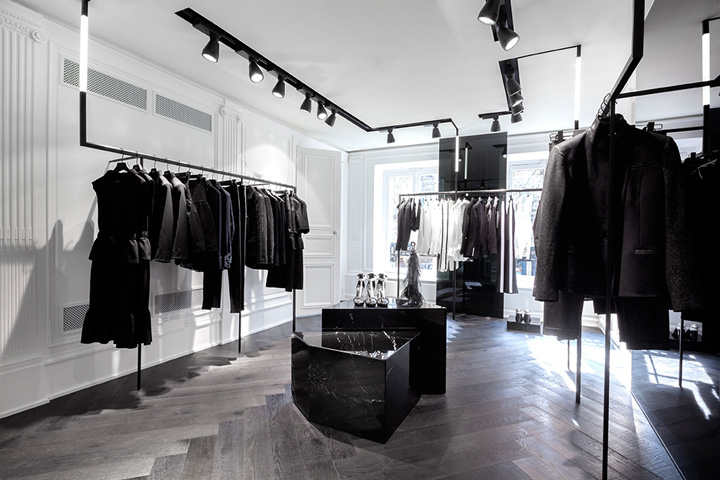 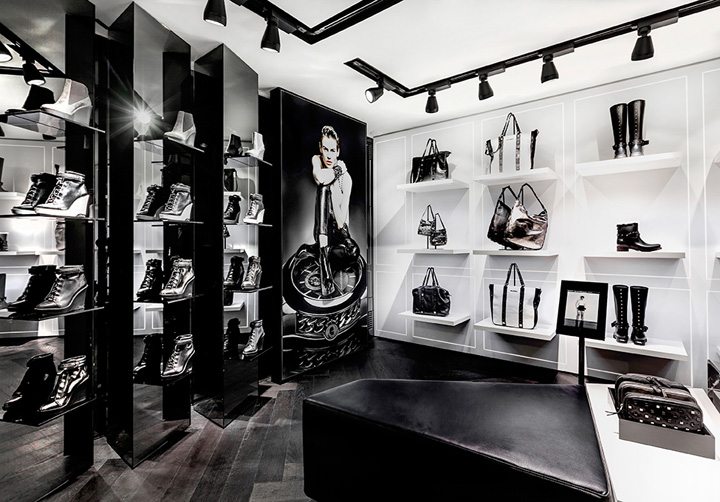 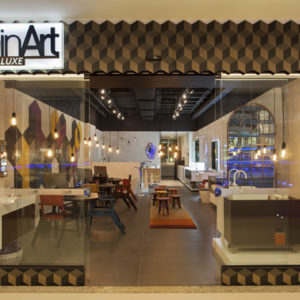 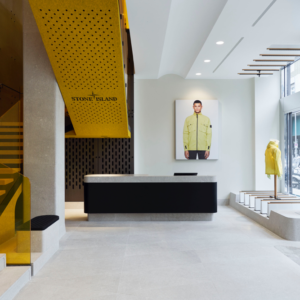 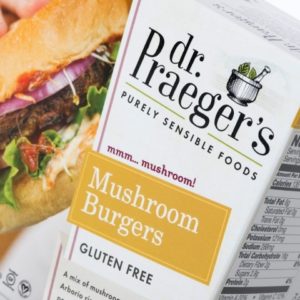 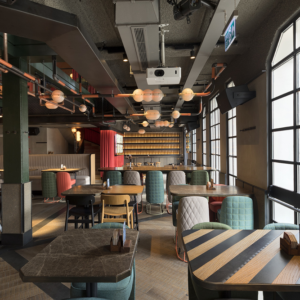