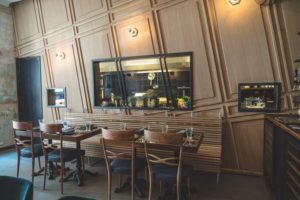 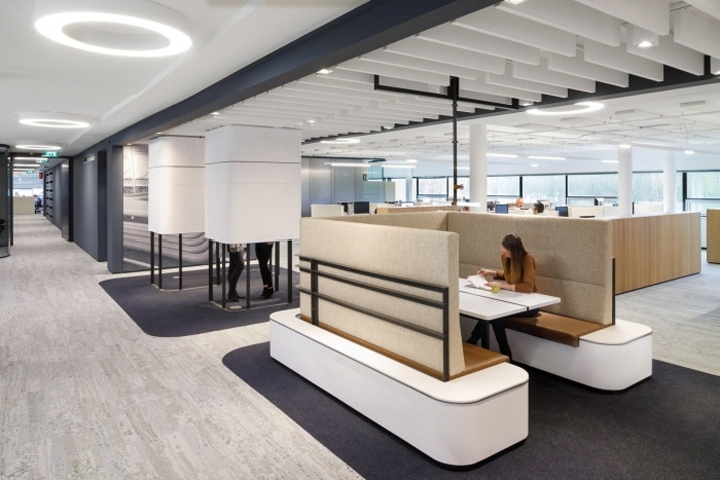 Fokkema & Partners Architecten have refurbished the headquarters for natural gas and oil Dutch company Vopak, located in Rotterdam, The Netherlands. The Royal Vopak headquarters have transformed into a contemporary office space with unexpected and identity rich accents. The office has been given a stripped-back colour palette with muted shades of grey and blue. Especially made elements refer to the identity of Royal VOPAK, the world’s leading independent tank storage company. The project, located in the heart of Rotterdam, is set in a low rise building which is part of the Westerlaan Offices originally designed by Aronsohn (1959) and extensively renovated by Hoogstad (2001). The building has a rigid structure. Before the intervention by Fokkema & Partners, the floorplan was determined by an elongated central core in combination with a closed room structure. This no longer matched the way of working Vopak has adopted. The long central core of the building was split up in order to make a more permeable floor plan. People now easily meet and connect on the workfloors. Optimized views on a listed park and the waterfront contribute to the sense of wellbeing. The majority of the workplaces are in open space, with ergonomic desks that can be adjusted to stand up levels. To also provide enclosed work- and meeting facilities, each floor has several rooms set alongside the facade. These have rounded edges which refer to the large storage tanks in the harbors. Massive doors to these transparent boxes are materialized in blued steel, providing a sturdy and private feel. The joinery in the social area’s subtly refer to the harbors with use of steel structure and special lighting elements. 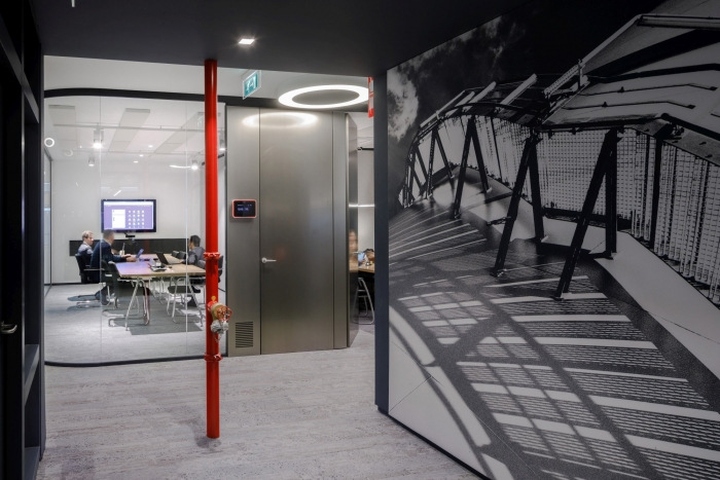 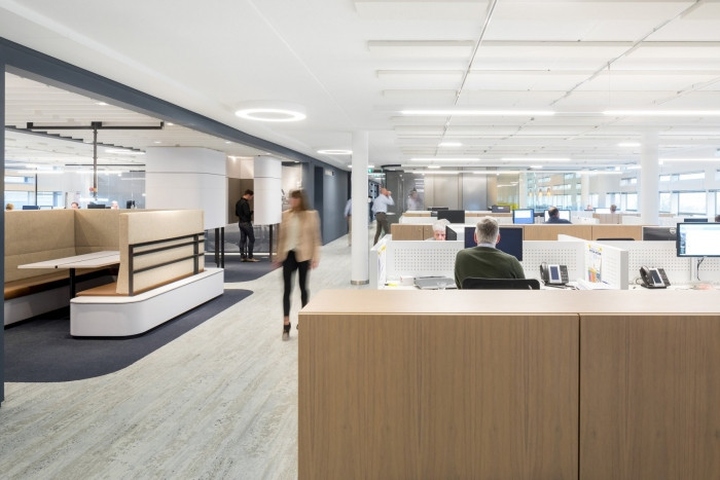 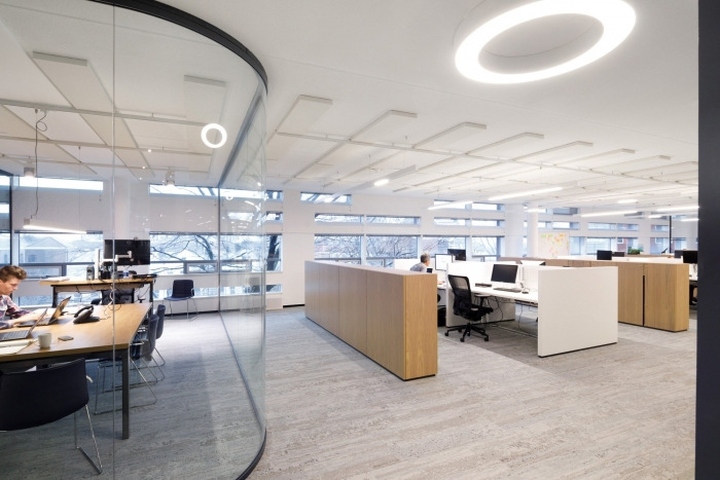 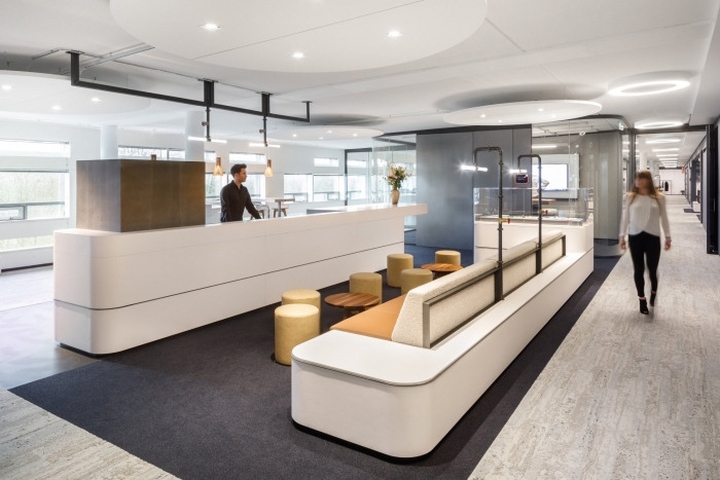 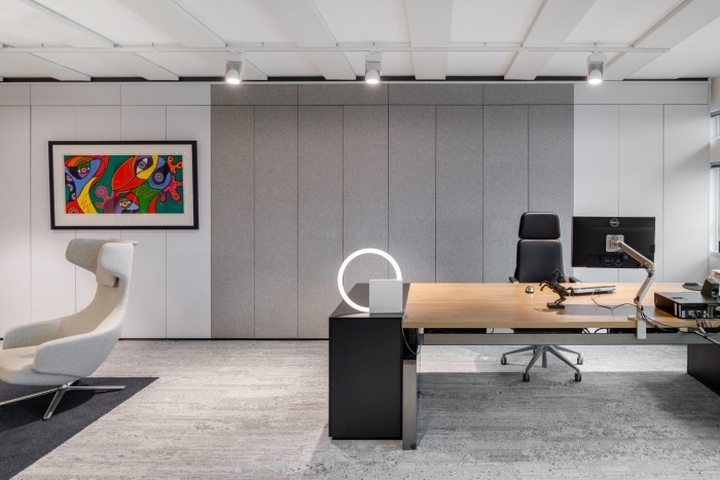 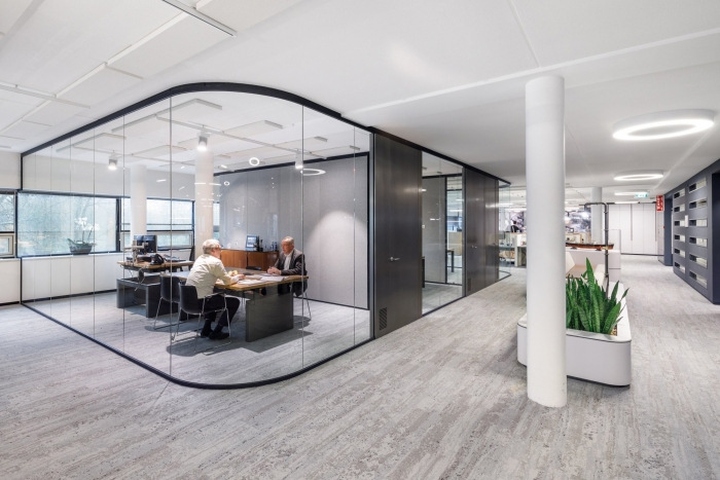 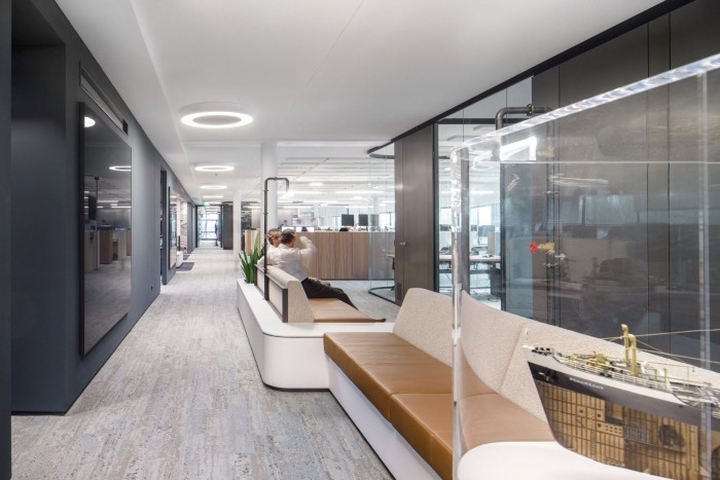 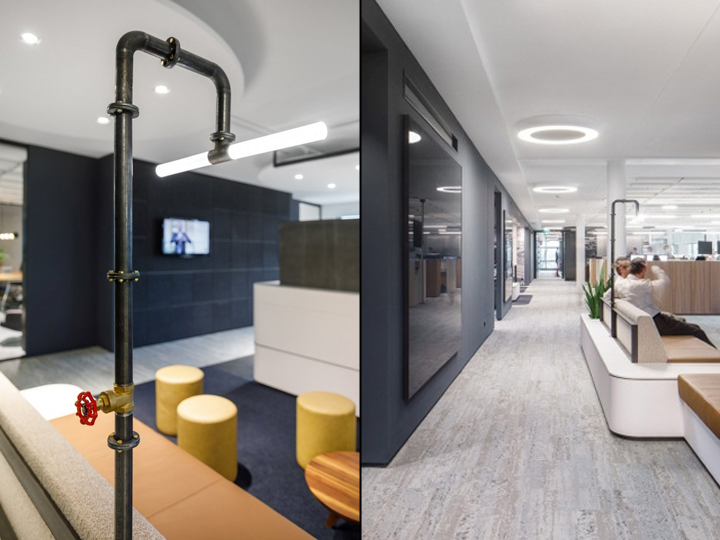 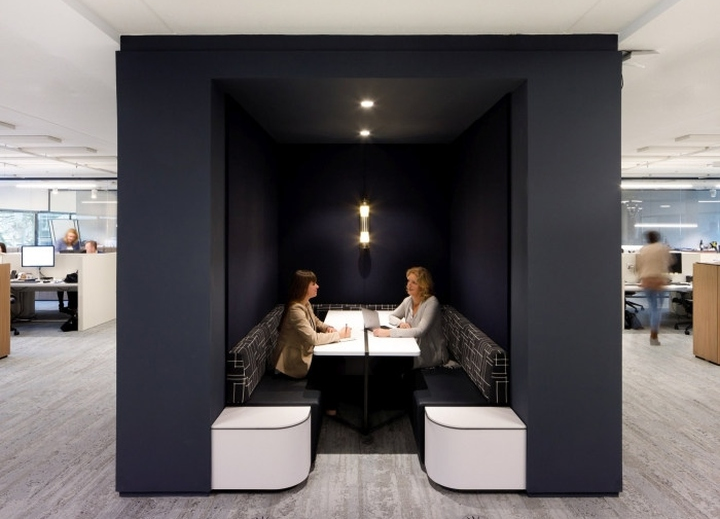 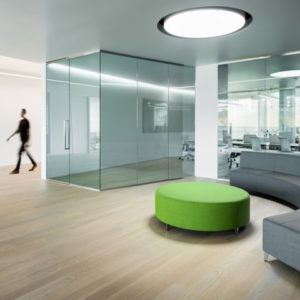 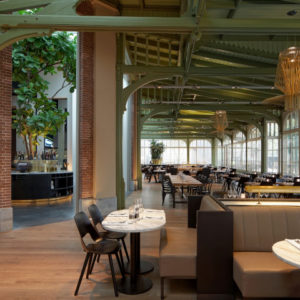 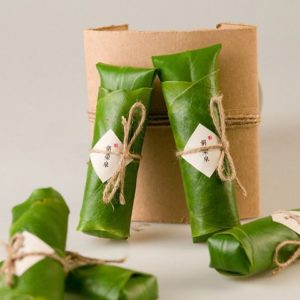 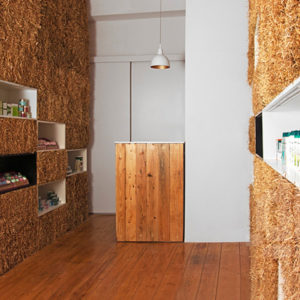