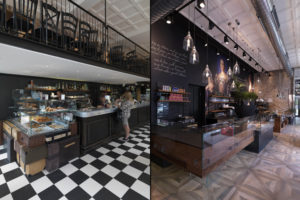 Base concrete socket by NUD 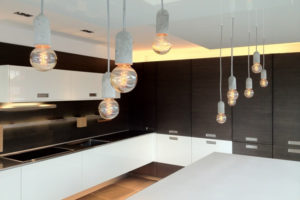 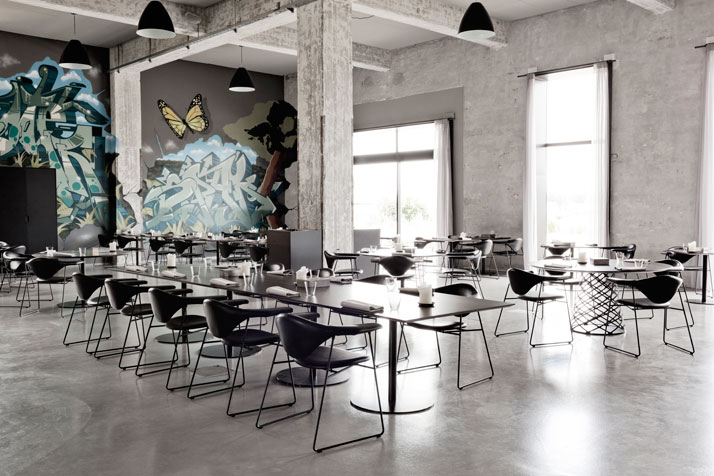 The greatly discussed Matthew Orlando, former Head Chef of Noma, has taken the leap that many were waiting for and has opened the doors to his first restaurant. The name – AMASS, the meaning – to gather or accumulate, the location – Copenhagen’s Refshaleøen district, the design – GUBI and the cuisine – very much contemporary. Making its debut in July 2013, AMASS is housed in the 736 sqm former Burmeister & Wain shipyard building. Much like the building’s open plan loft type ideology, everything in the restaurant is exposed to the naked eye. The talented chef believes strongly (as is the case in Noma) that diners should be able to watch the complete process involved in the preparation of the food itself. It was also important for a complete fluidity within the space to occur with openness and an endless continuity from one space to another together with a sense of upmost informality. And the GUBI design team headed by Jacob Gubi and Senior Designer Sofie Brünner, have created just that. Primarily consisting of a raw concrete interior in combination with the building’s glazed openings, the palette is kept to cool tones of black and grey with glimpses of nature’s green. Of course the element of nature is never more present than in the 500sqm garden located directly in front of the dining room. This dynamic colour presence is the only vibrancy amongst the raw interior pallet. It was essential for the space to consist of mainly a neutral pallet so that all the focus can be drawn to the vibrancy of the food. The interior can be described as a blank canvas and the food the art itself. As a whole, there is a great sense of space that allows guests to walk around and experience the complete dining ritual, from pre-dinner drinks to preparation, eating and socializing. The bar counter is constructed of cement and rusty metal plates from a one-off collaboration between GUBI & Malte Gormsen, finishes that marry well into this restaurant’s approach. For the greatest part of the seating area, GUBI specified the awarded Masculino Chair from the Danish-Italian duo GamFratesi Design Studio which incorporates simplicity, comfort and strictness surrounding the smoked oak black tables. And for those in search of new acquaintances, these tables can accommodate communal seating for 10. In short, AMASS consists of a raw & exposed interior, allowing for ample private space whilst being very much public with a very secure ideology focused on exposed cooking nakedness. Now as far as the food is concerned, the name speaks for itself. Matthew Orlando is the chef to take you Beyond Nordic. 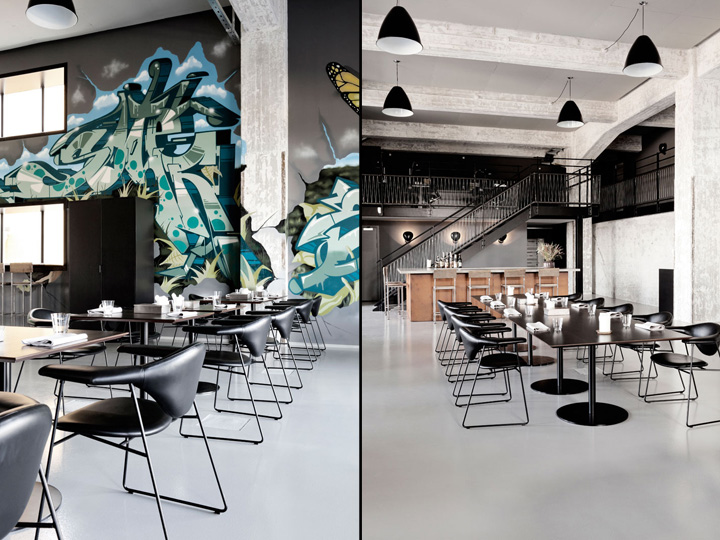 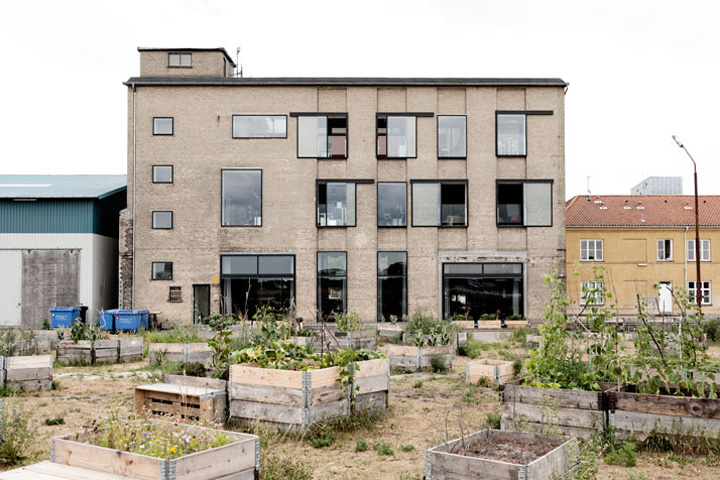 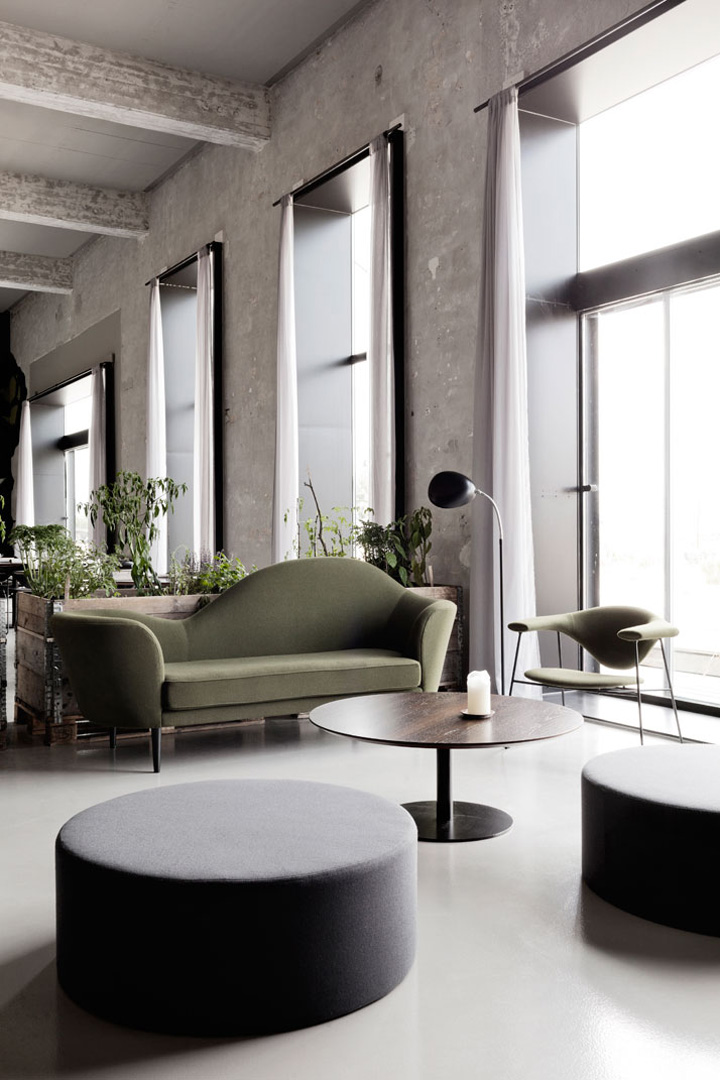 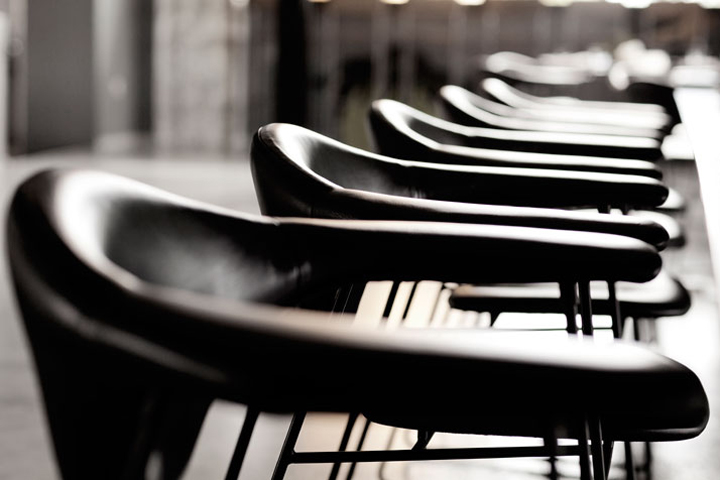 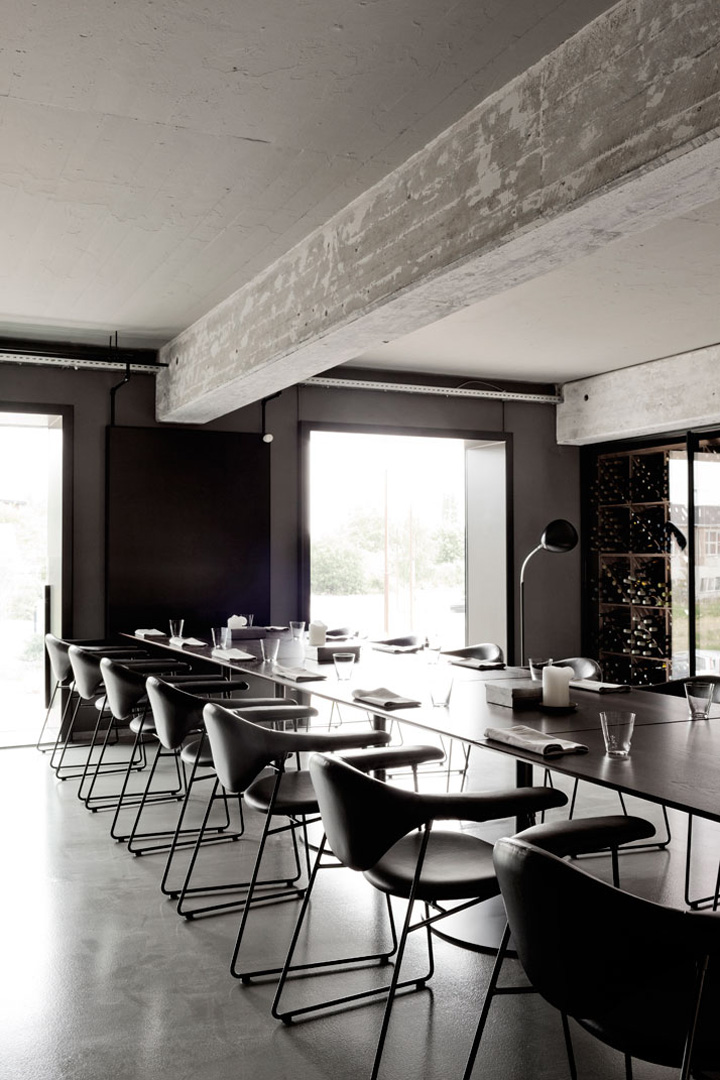 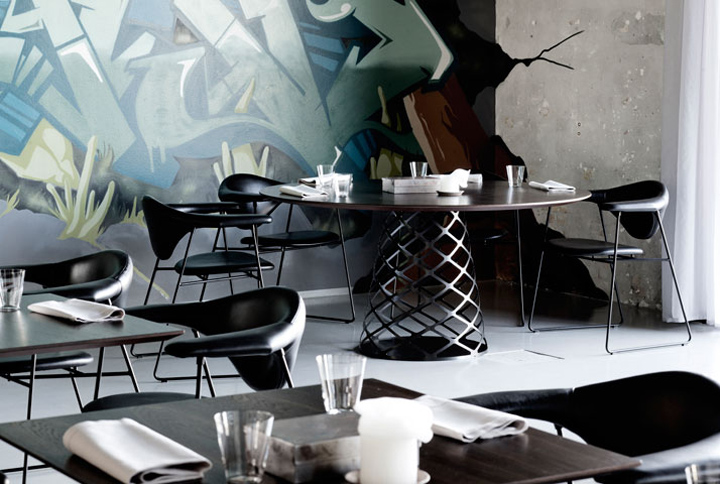 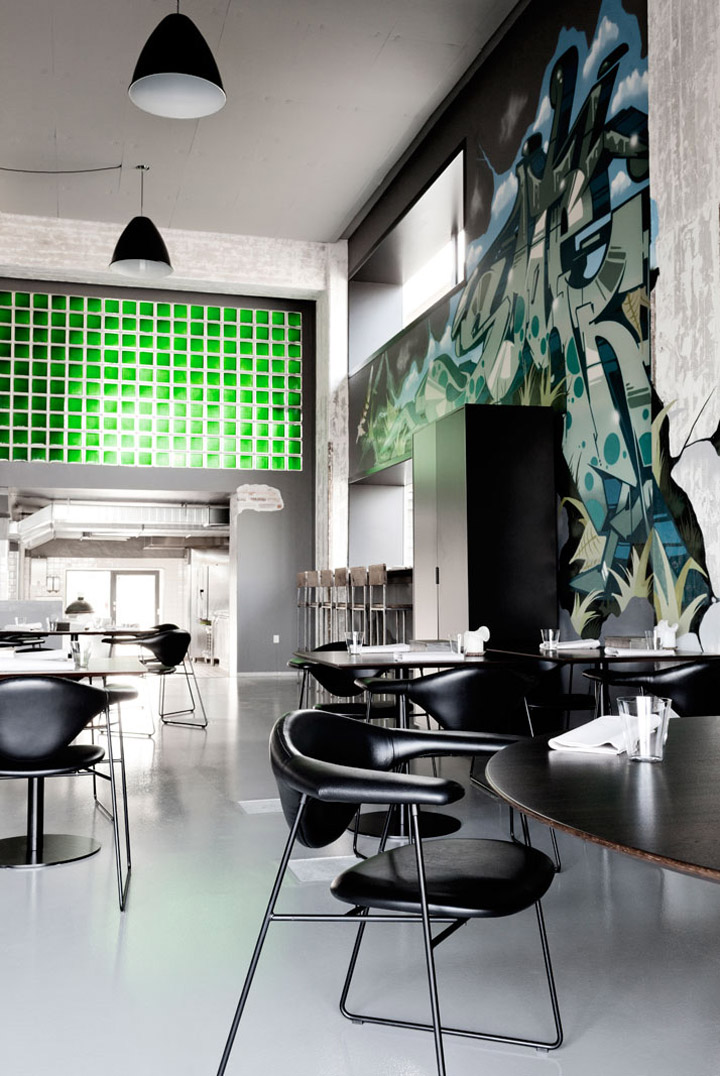 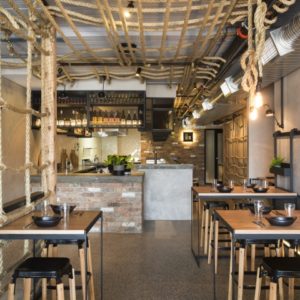 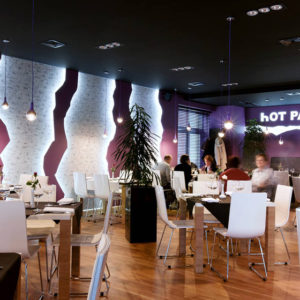 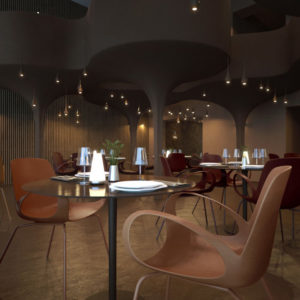 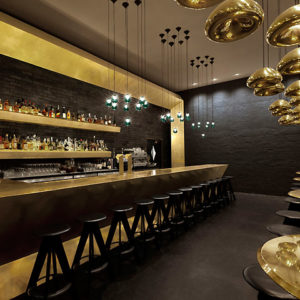