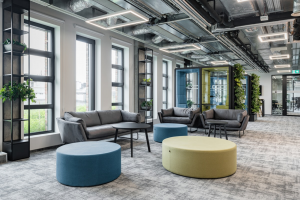 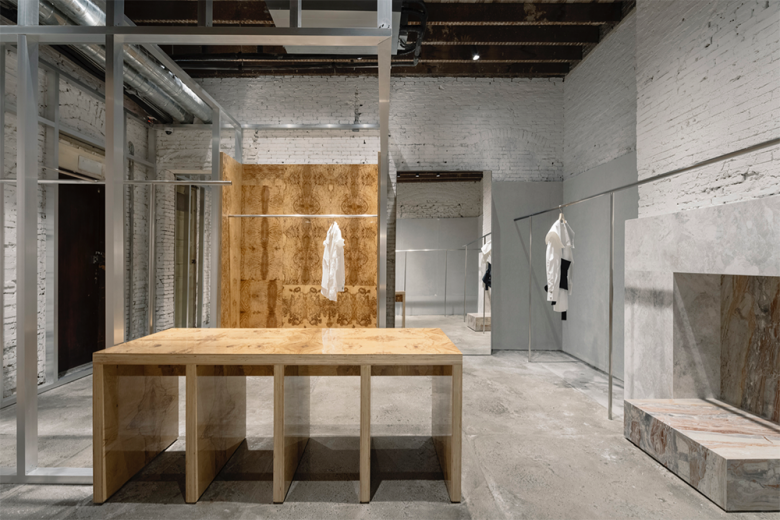 Following her graduation from London‘s renowned Central Saint Martins, Chinese designer Masha Ma founded her eponymous fashion brand in 2013, and currently operates design studios in both Paris and Shanghai. Eventually spawning from these activities is SPMA – short for the self-coined adage Self Pride, Massive Attack which aims to empower a generation of young women – a retail concept she co-founded and which pioneers young women’s labels, all created in-house. The SPMA store, its very first, occupies 225 sqm. (2,422 sq.ft.) on the ground floor of a listed, mid-20th century residential building of brick and wood on Julu Lu, a popular shopping artery in Shanghai‘s Jing’an district, and formerly known as the French Concession. Designed by local architecture practice Atelier tao+c, much of the former interior has been stripped to reveal the building’s shell and then paired with modern interventions, creating a layered aesthetic that looks distinctly modern.

However, the original layout of the house, given its listed status, has been retained, albeit slightly altered to meet modern requirements. The narrow entrance corridor, once extending deep into the premises, has been remodelled, and the far end now serves as storage space. The corridor’s inserted beams of marble and concrete and lightweight canopy of stainless steel signal the SPMA store’s raw aesthetic that will unfold even more boldly in the adjacent rooms. A meticulously crafted balance between old and new has been created, ranging from old brick walls encapsulated in panels of untreated timber and decorative metal frameworks, to an inserted chapel-like marble structure and arguably the boutique’s most striking feature—a semicircular extension in the backyard encased in floor-to-ceiling glass. The SPMA store obviously carries the MASHAMA brand, but also the aforementioned affiliated labels created under the SMPA umbrella, such as Mademoiselle Z, KIMHÉKIM, Le Coeur, OhLaBoy and ZZFY Studio, and a curated number of other women’s brands. 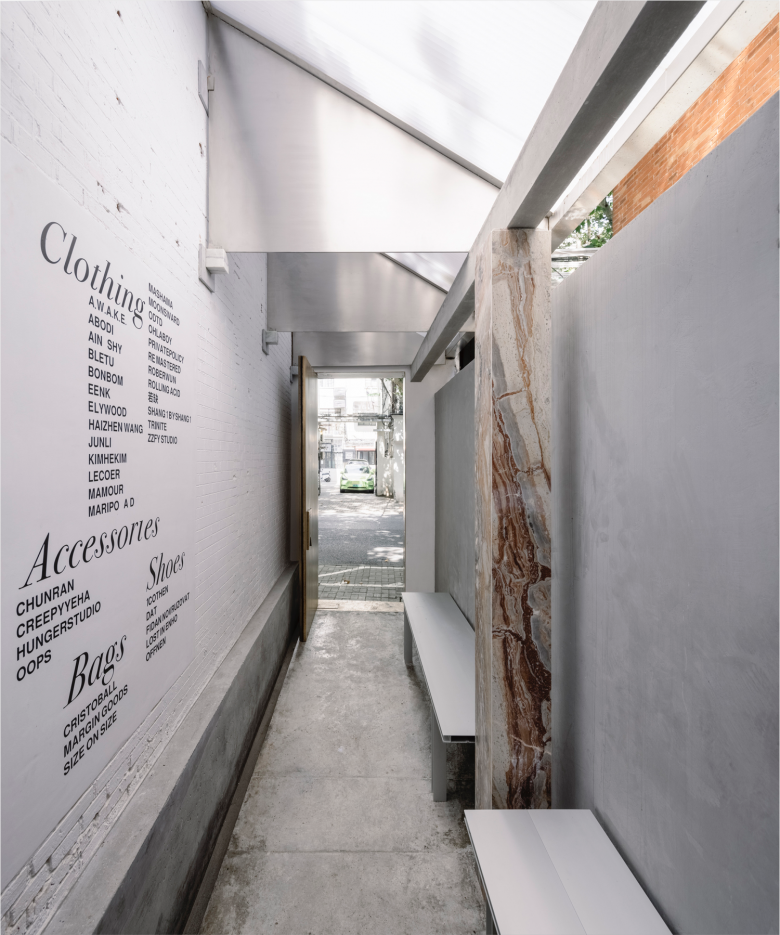 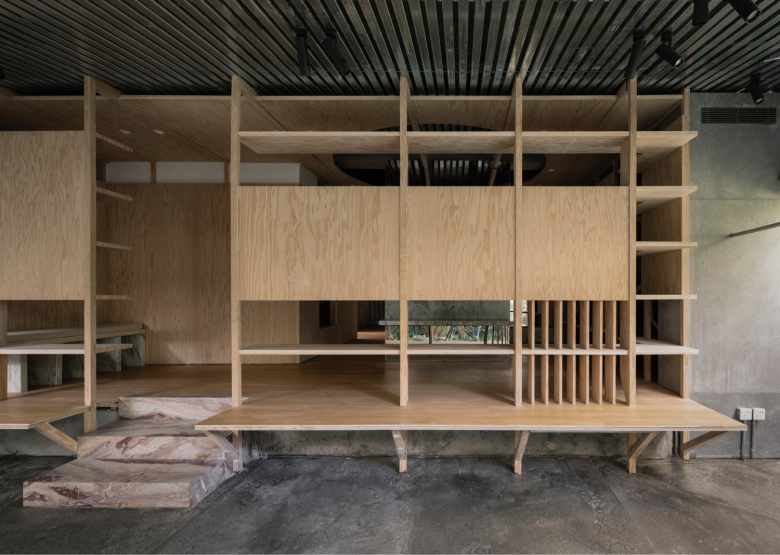 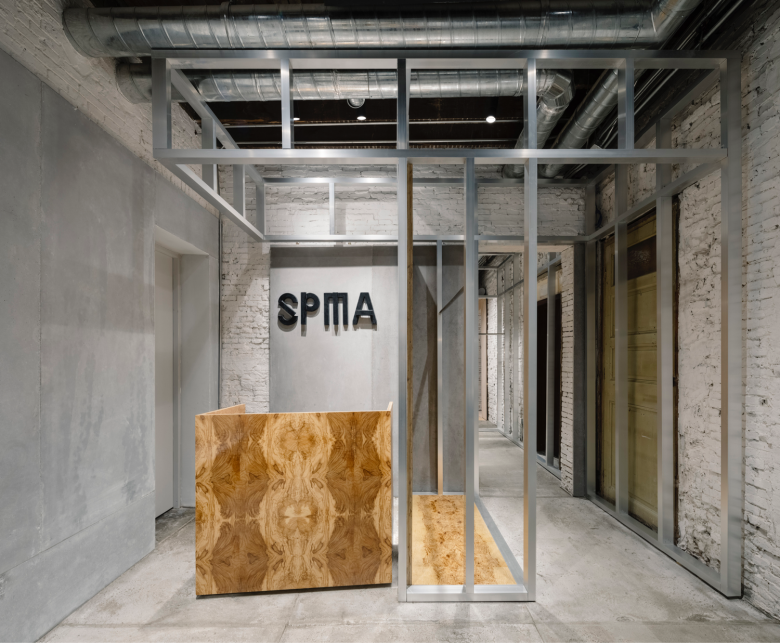 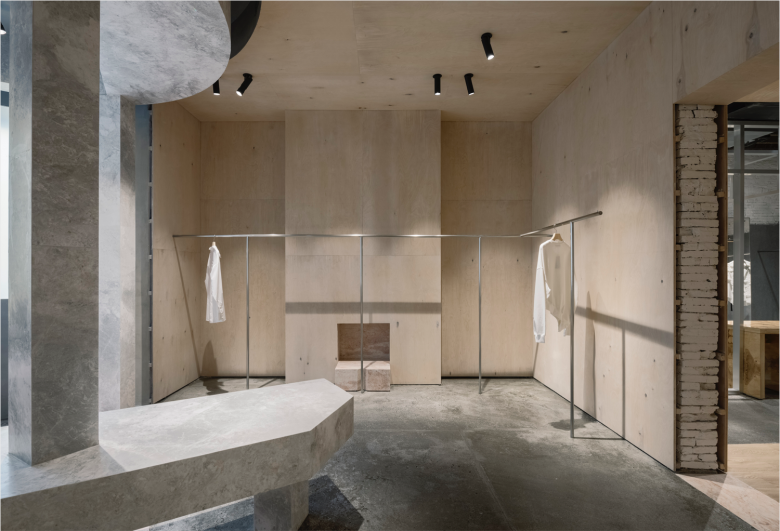 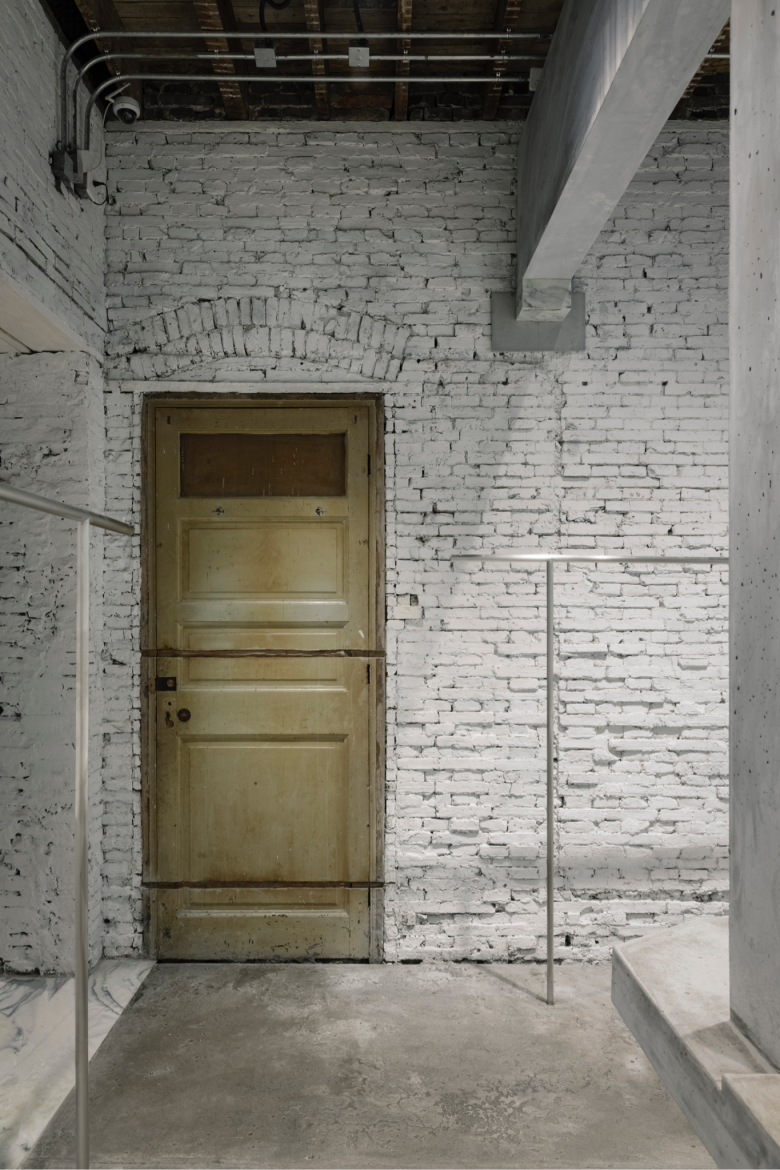 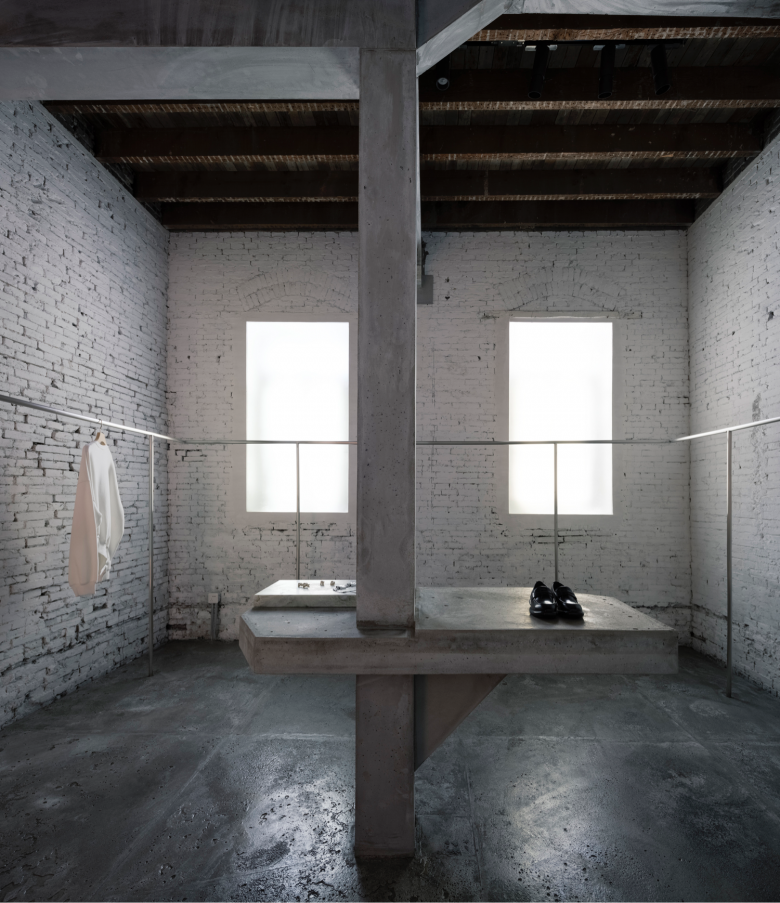 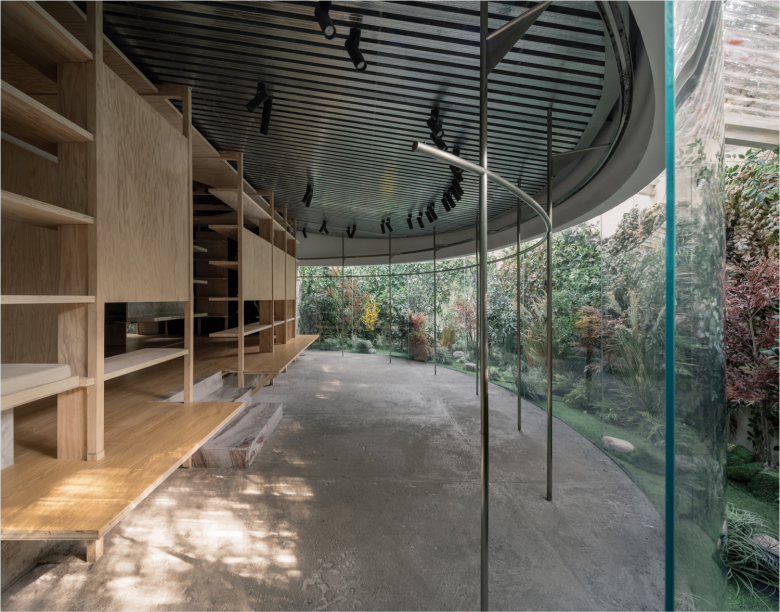 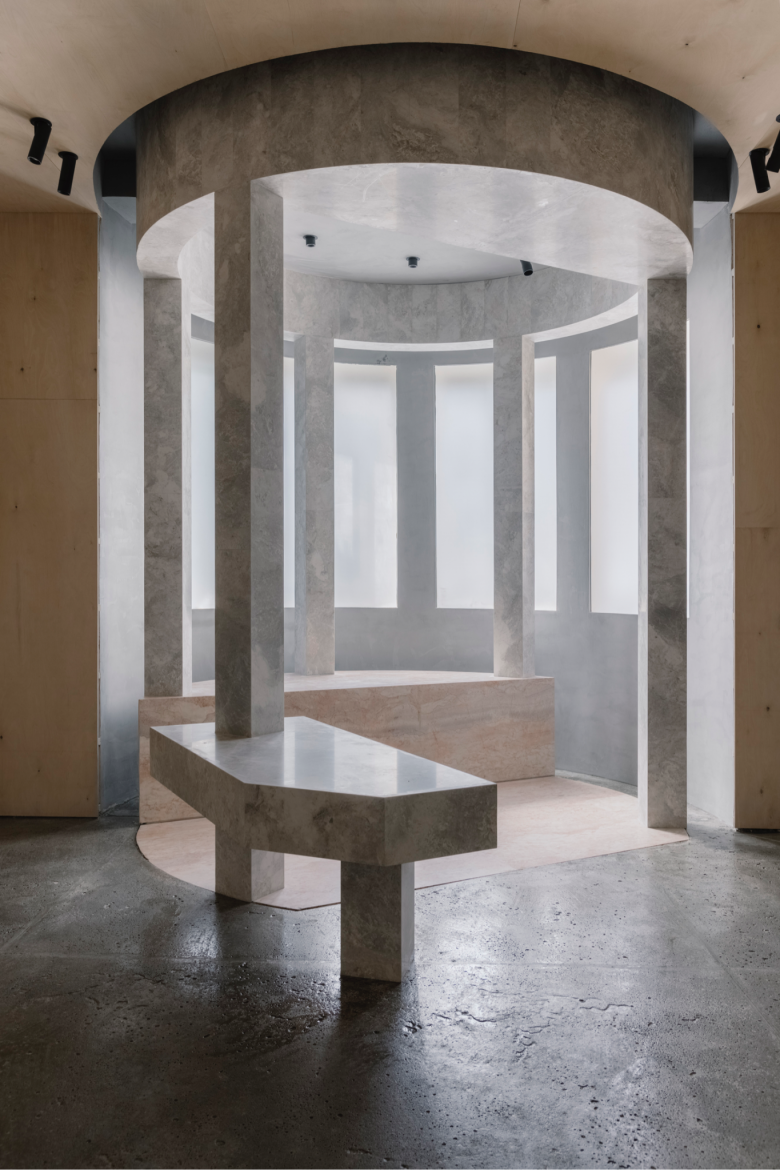 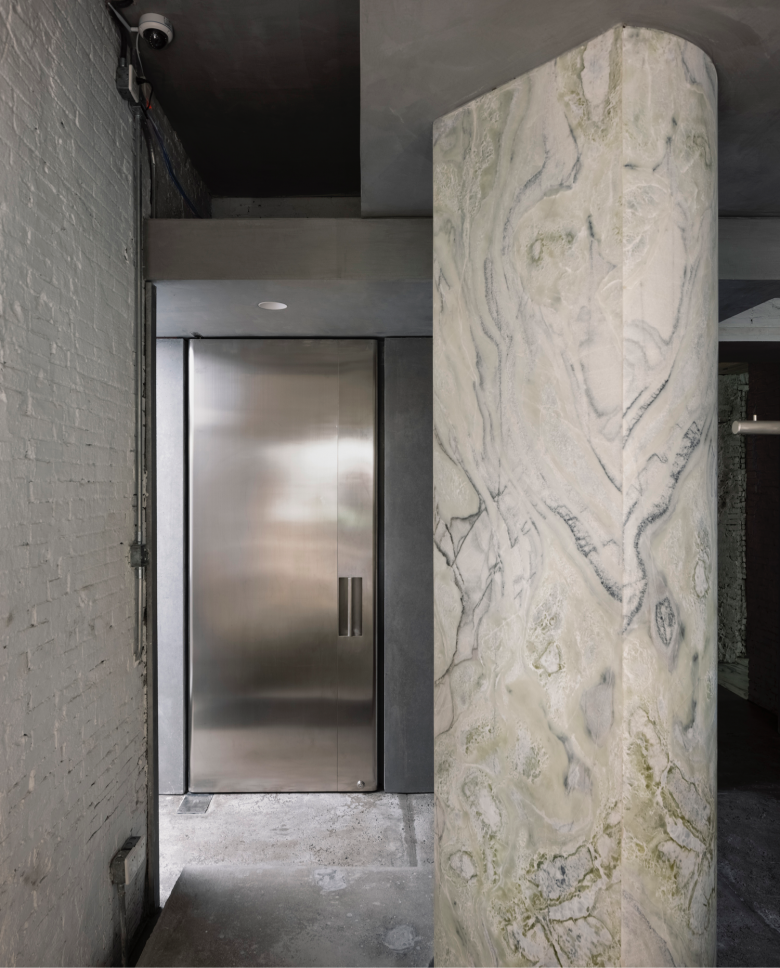 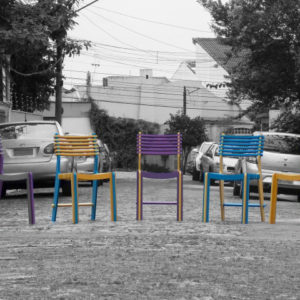 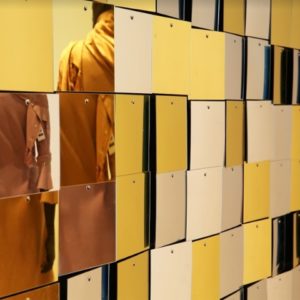 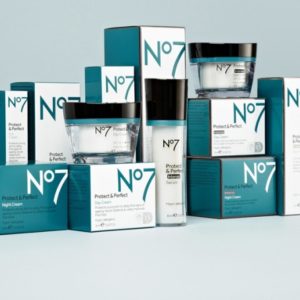 No7 re-designed by Two Create by retail design blog 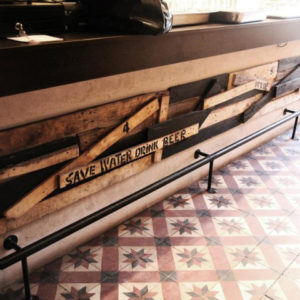