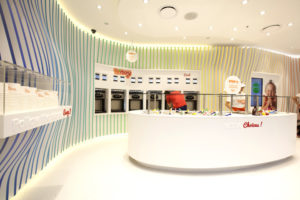 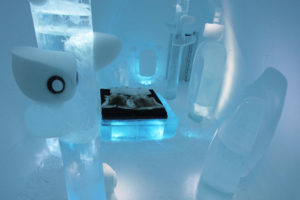 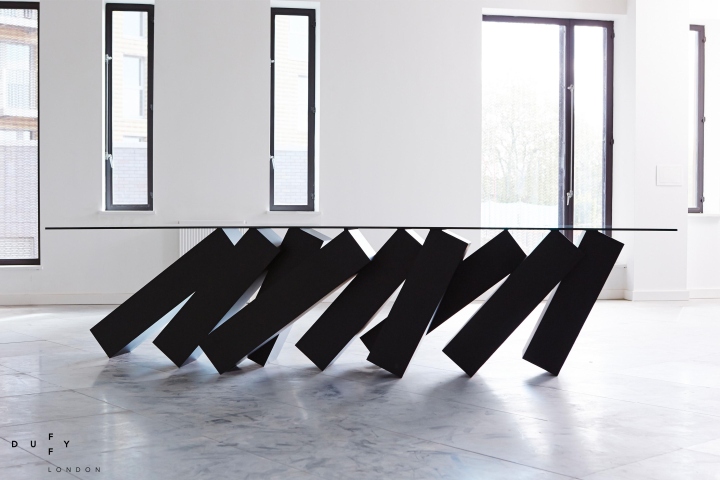 A concept inspired by the book 3001: The Final Odissey. This monolithic design takes its inspiration from The Sentinel, a book by Arthur C. Clarke that went on to be made into the film 2001: A Space Odyssey, directed by Stanley Kubrick. A glass table top seems to balance miraculously on top of toppling monoliths, which appear to be frozen in a permanent state of impending collapse. This mind-boggling creation appears to the naked eye to be an impossible feat, but in reality it has its foundations in real physics. 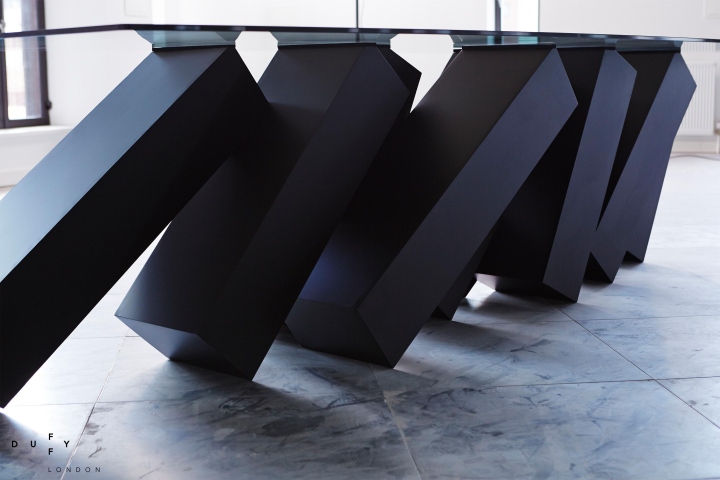 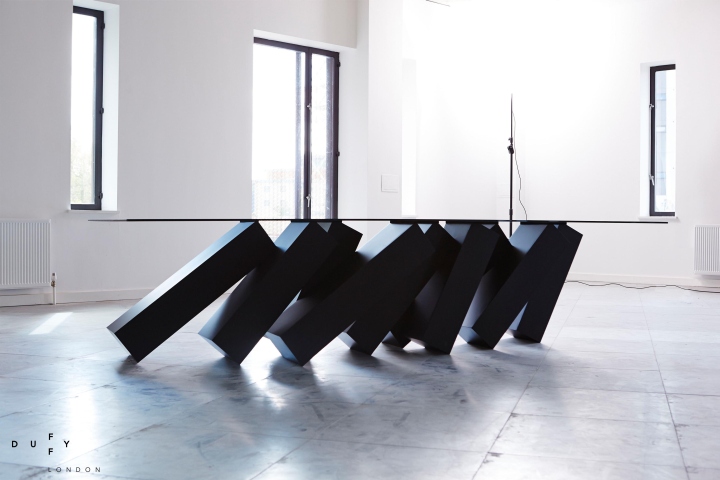 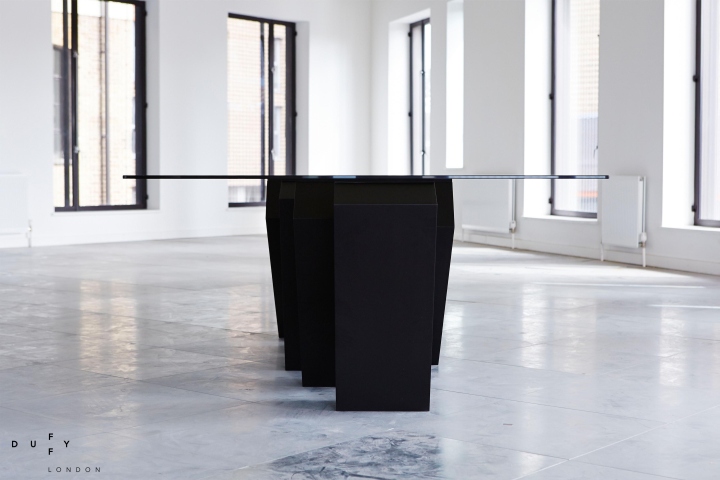 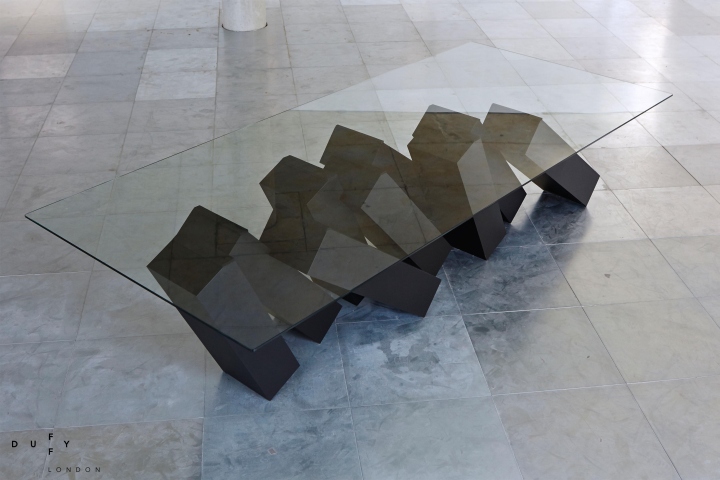 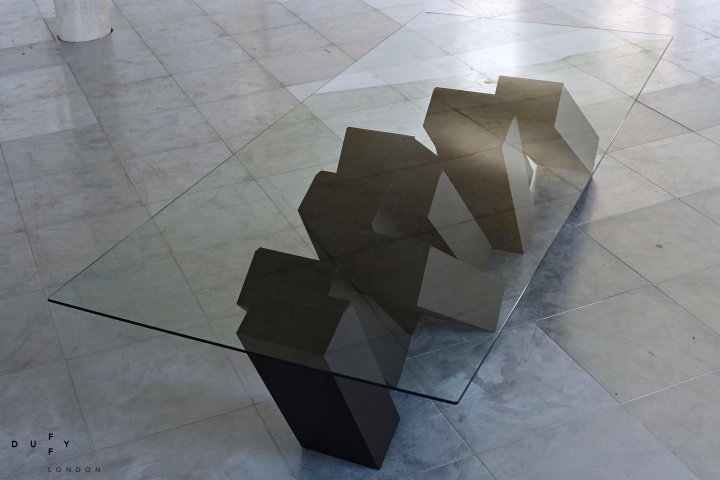 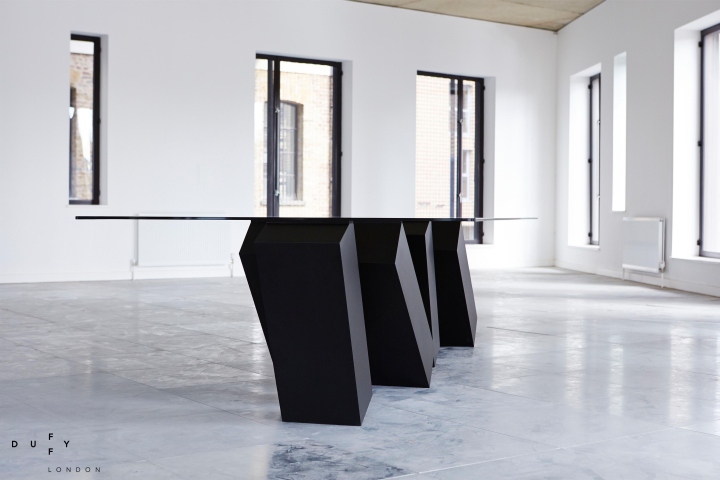 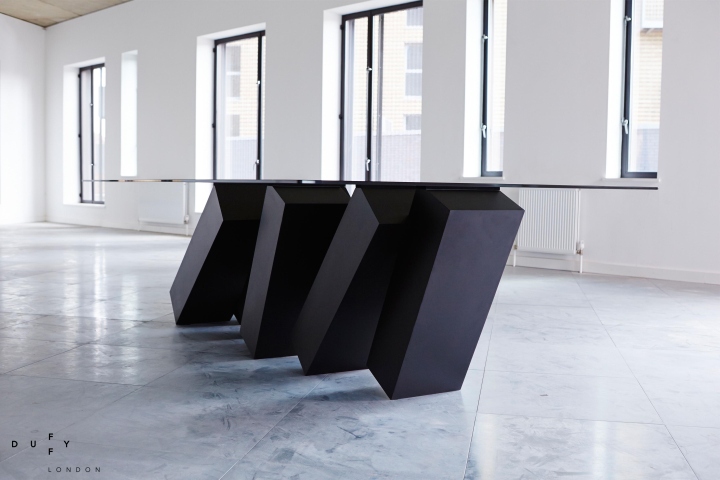 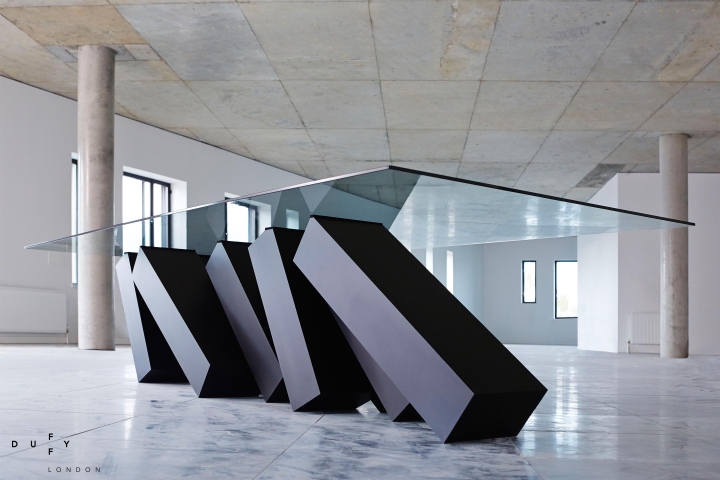 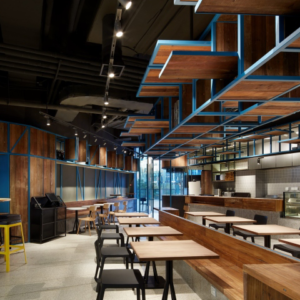 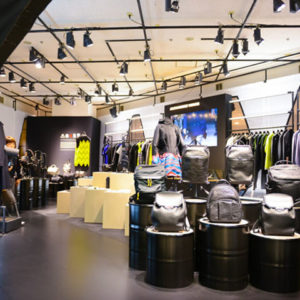 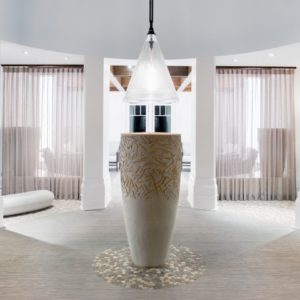 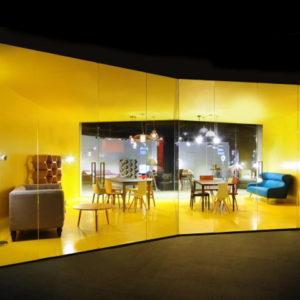