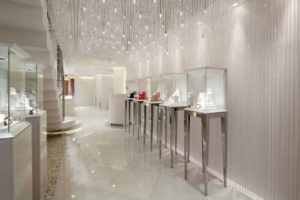 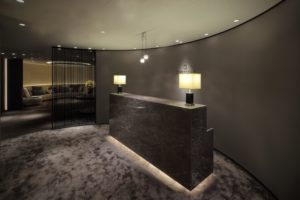 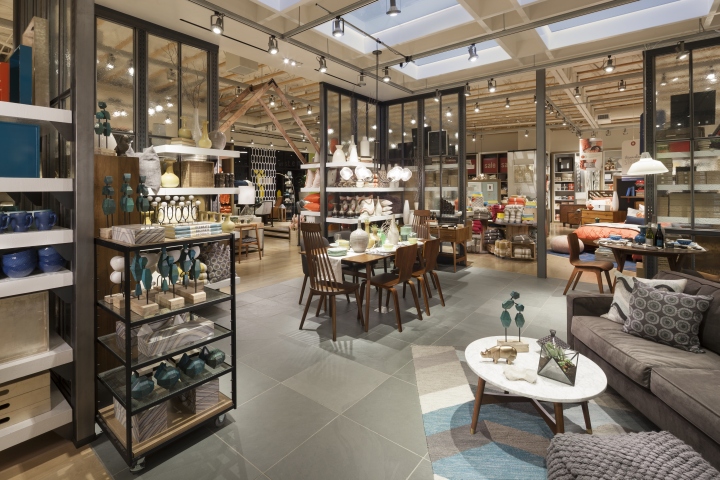 When the team at Williams Sonoma decided that it was time to open a new West Elm store in California, the home furnishings brand called on Alameda, California based MBH Architects to be the architect of record and do the job. The new 10,000 square foot retail space is part of Marin County’s shopping haven, Strawberry Village. Having collaborated with MBH Architects on several projects before (Williams Sonoma and Pottery Barn locations in New York City to name a few), the firm was tapped again, this time, to work closely with several teams including West Elm’s internal design team and external design consultant as well as with the building’s landlord and the Strawberry Village Design Review Board. The goal was to ensure that the design would blend seamlessly with West Elm’s neighboring stores. Housed in what also used to be a home furnishings store, the MBH project team began with West Elm’s striking exterior a rotunda. The exterior posed a challenge as the look of the shopping area is very different than the look of a typical West Elm store. To meet the needs of the client, landlord, and planning department, MBH used redwood cladding to outfit the rotunda, giving the facade an aged yet natural look. Inside the store, simple lighting illuminates the space, highlighting the bright color palette and light wood flooring. MBH used the low ceiling deck to its advantage, painting the steel white to complement the lighting while leaving some of the wood beams bare, in keeping with the look of other West Elm stores. MBH used the building’s structure to its full potential, creating different niches throughout the store to engage West Elm shoppers. A loft area at the center of the store is used for special retail displays. The interior of the rotunda houses the Design Lab, an interactive space where customers get to engage with West Elm products and choose finishes and fabrics to customize their furniture. To bring the outside in, a living wall with plants can be found toward the back of the store. MBH emphasized the building’s extant skylight, enclosing the area below it with window panes to accentuate the natural light shining through. In keeping with William Sonoma’s design intent for the space, MBH, together with the West Elm design team, offers a fresh store design with a unique exterior to draw customers inside. 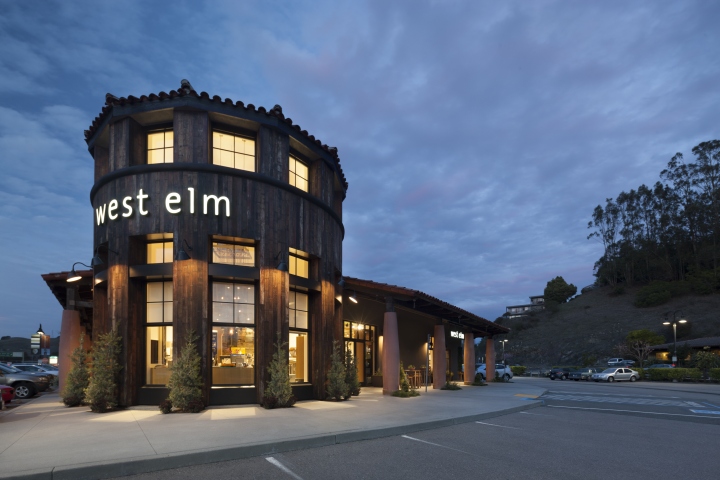 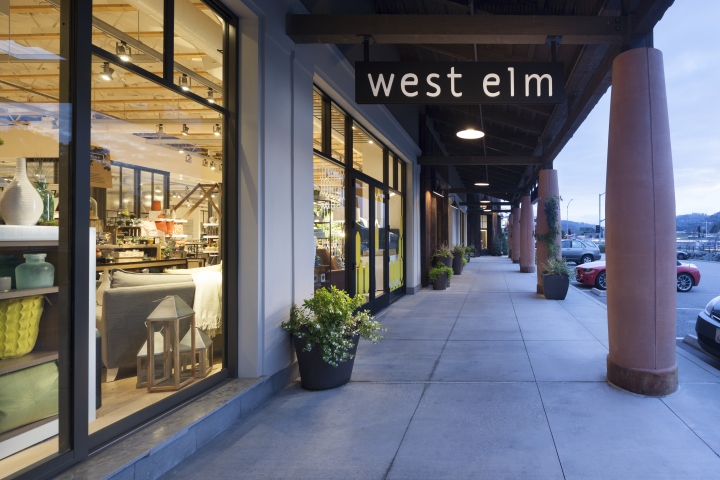 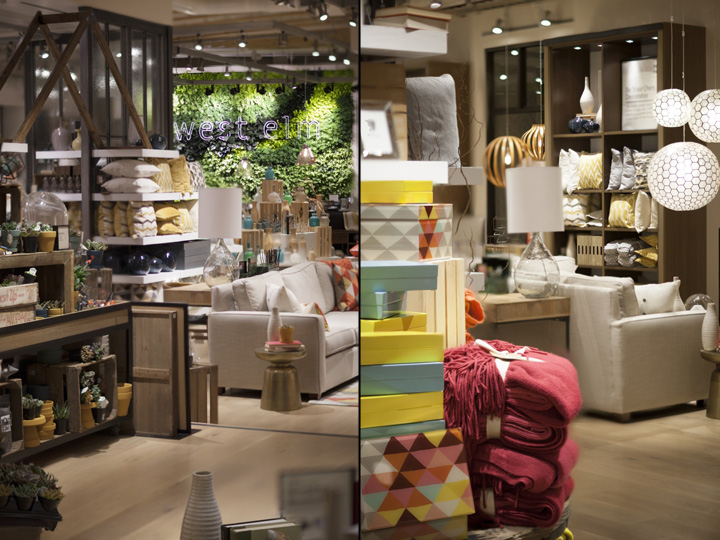 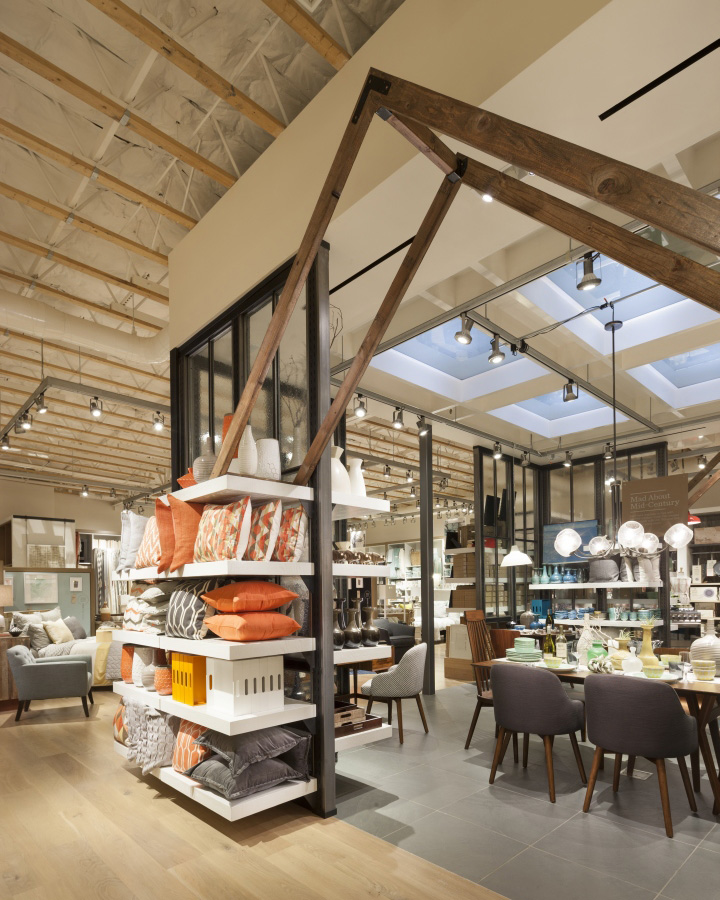 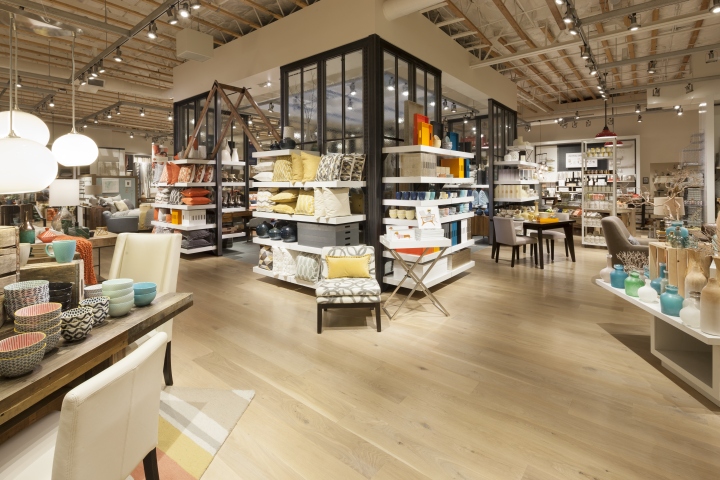 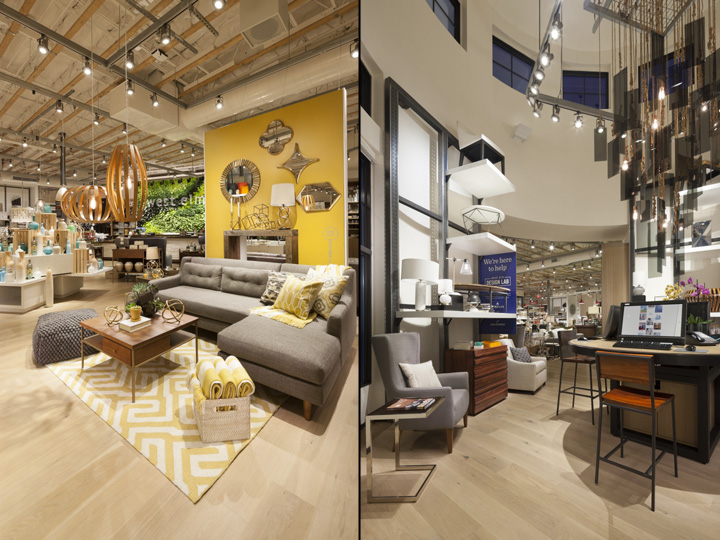 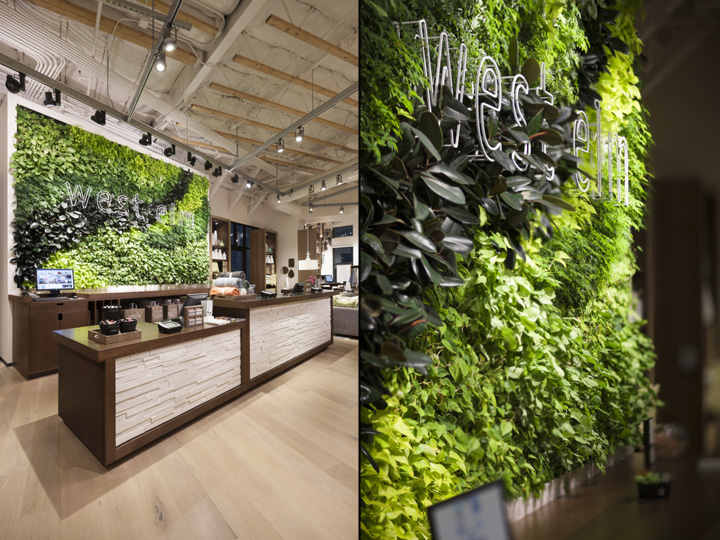 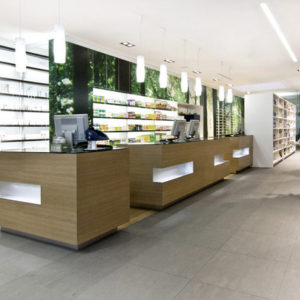 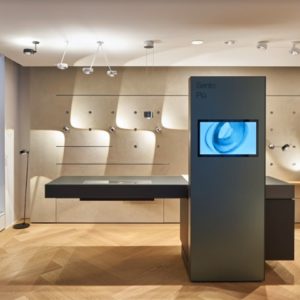 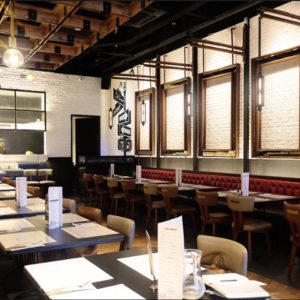 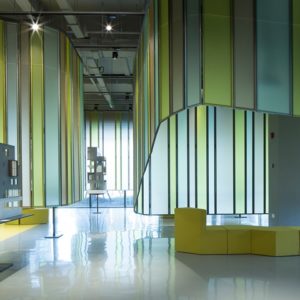