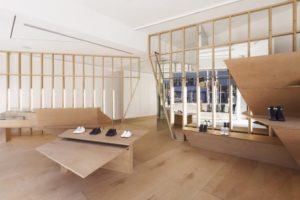 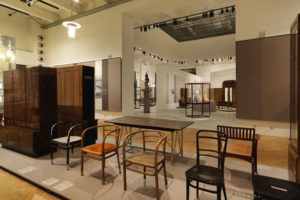 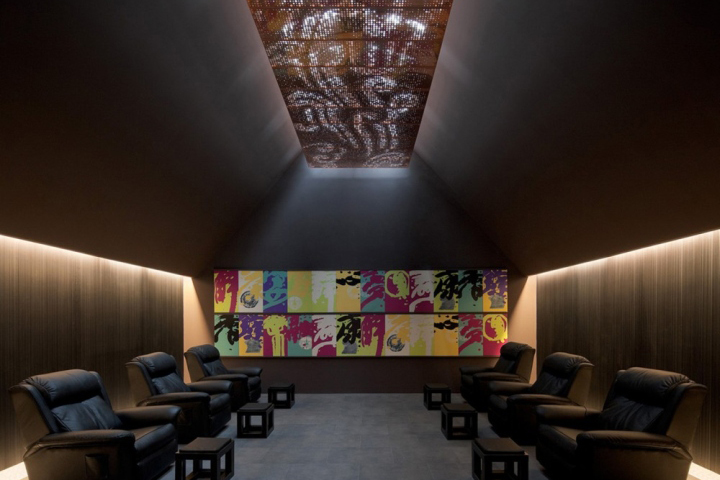 Located in the heart of Zaragoza, in the basement of a residential building previously occupied by a bus station, the site where the Liang Xin Center is located has a street facade and an interior area that extends to the inside of the block. For the first Liang Xin Center outside Malaysia, we propose an architecture of dark tones based on the darkness and silence of the empty space and the articulation of the interior routes, and attentive to the different degrees of opacity of materials. In this sense, the new facade is made entirely of copper. In this case, to its qualities as a natural material that is modified over time, tinting its tones and early reflections, is added the opportunity to drill pixelated patterns offered by digital technology. This process allows us to integrate into a single material the graphic identity elements and the images symbolizing the four concepts in Liang Xin philosophy from its origins -Relaxation, freedom, harmony and generosity- avoiding the superposition of materials that is usual in this type of project. In this case, the material presence of copper during the day and integrated lighting make the facade a reference of light for the street at sunset, these are the elements that give some visibility to the Center from the outside. The small circular holes of different diameters that draw letters and symbols on the copper plates are interrupted by only two larger openings, which allude to the connotations of the circular shape in Eastern culture and Zen art, whose paintings symbolize concepts of void, the universe and tranquility. The first circle has a screen with explanatory videos, as single element of communication, and the second larger circle identifies the entrance porch to the Center.
Section The interior spaces are organized from the axes that articulate the circulation, enhanced by the effects of symmetry and perspective. Once inside, the unexpected appearance of natural light through a continuous skylight overhead, in a transverse double height space with gable roof inside the block, is an unexpected element that reinforces the contrast of light, shadows and shades that accompany the user. Offices, locker rooms and service rooms are located on both sides of this interior corridor. In the reflexology room, a suspended pergola of perforated copper, similar to that used on the facade, filters natural light and ensures the views from the windows to the courtyard of the dwellings on the upper floors. 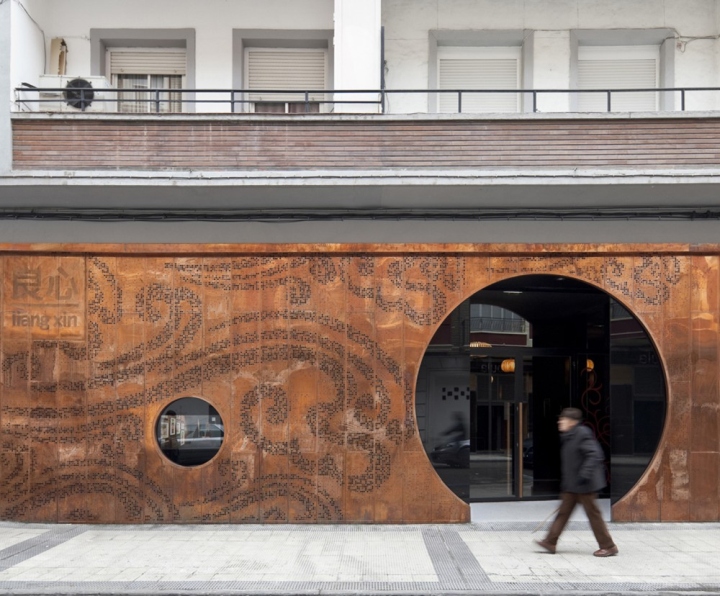 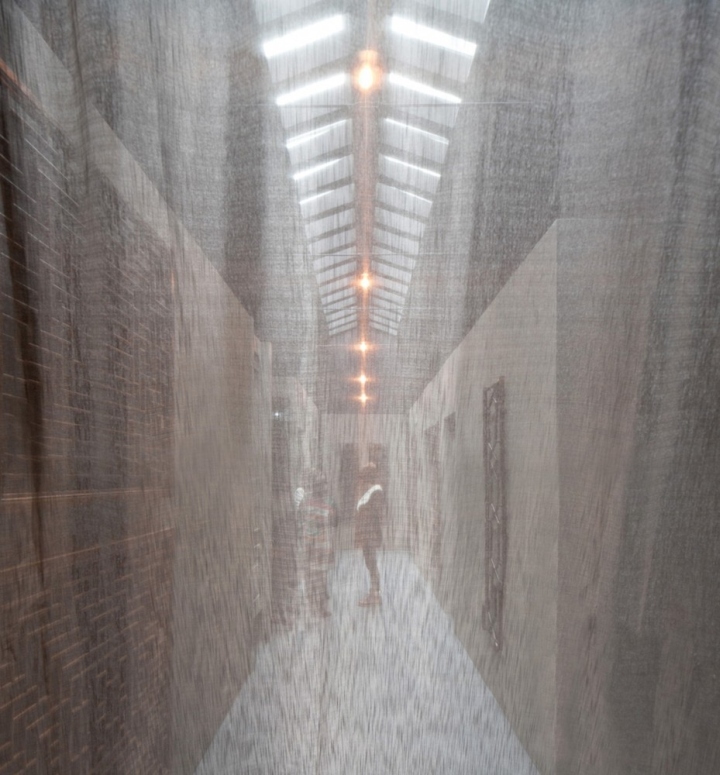 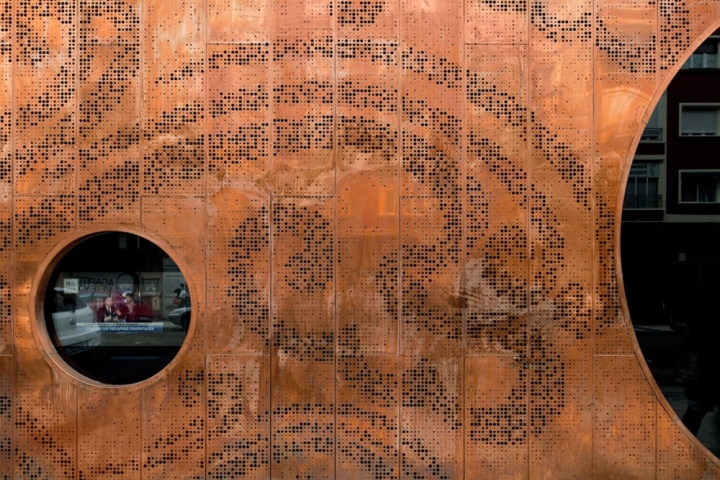 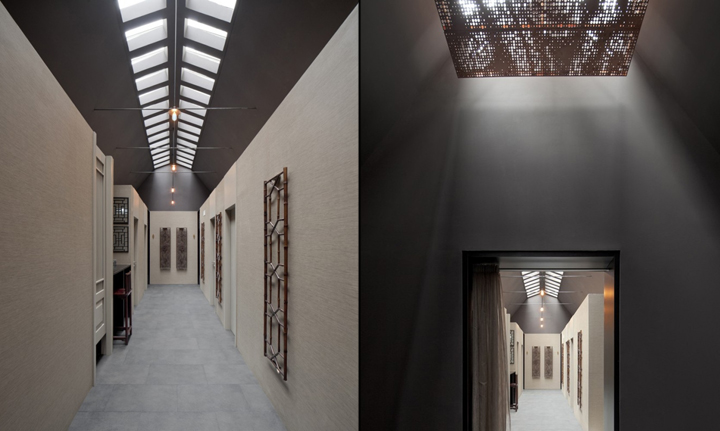 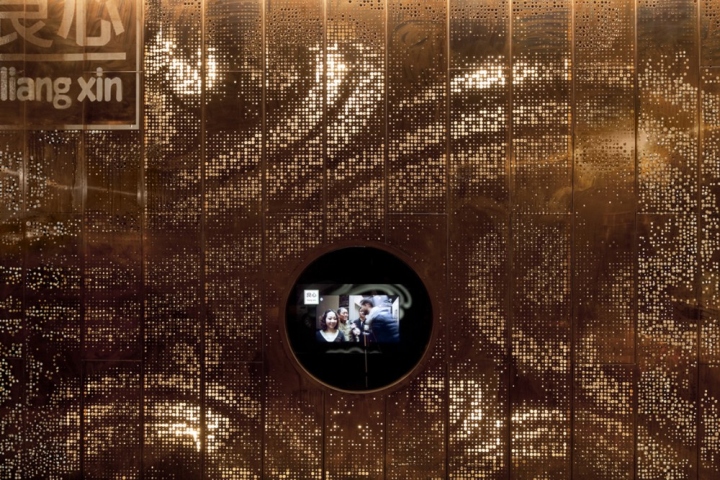 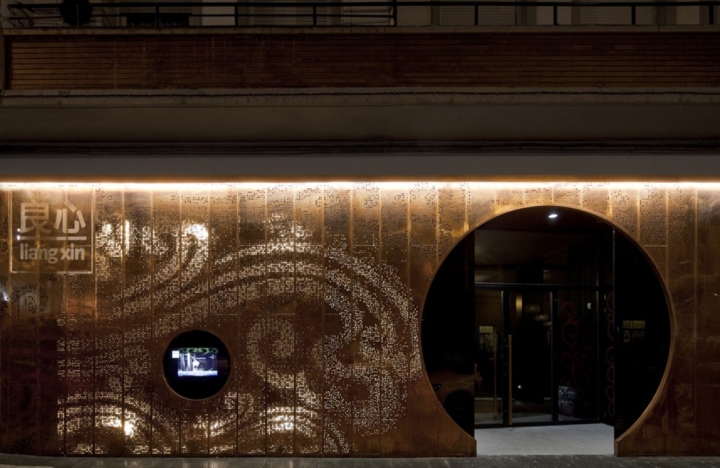 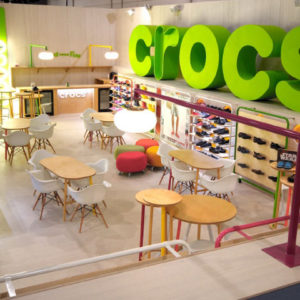 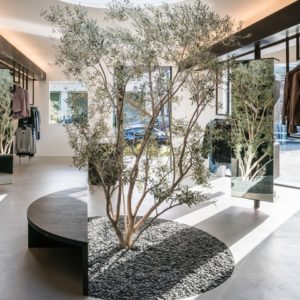 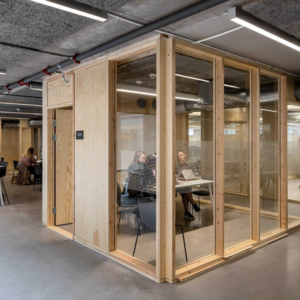 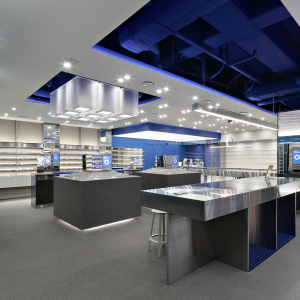