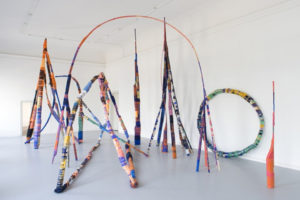 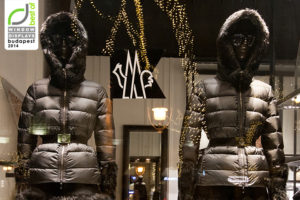 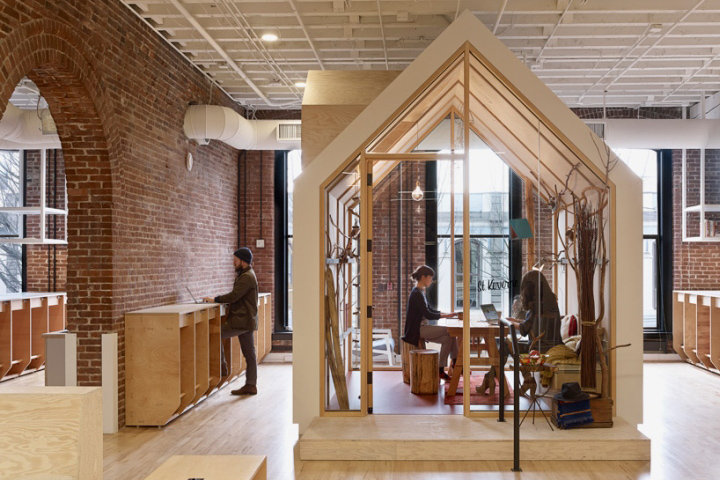 Airbnb‘s Portland office has moved into their new headquarters, the first of a number of ‘Customer eXperience (CX)’ centers that will open around the world. Housing upwards of 200 employees, the design was developed in close collaboration with many of the workers who will occupy the building. Within the scheme, individual teams of 12-15 employees are given a ‘landing/standing’ space for impromptu meetings, but are free to move around the entire office to receive calls from customers. As with Airbnb’s other offices, the Portland branch will include exact reproductions of listings from around the world from which staffers can work. Instead of personal desks, a range of working environments have been developed. Consequently, there are spaces for people who like to work in a bright office, and others for those who prefer a darker environment. In preparation for the project, lead designers Aaron Taylor Harvey and Rachael Yu spent a month of research getting to know members of the Portland team, gaining a sense of the city’s identity. As a result, in order to establish a strong sense of character, local furnishings have been used throughout the scheme, with many of the specific items made by members of the Airbnb team. 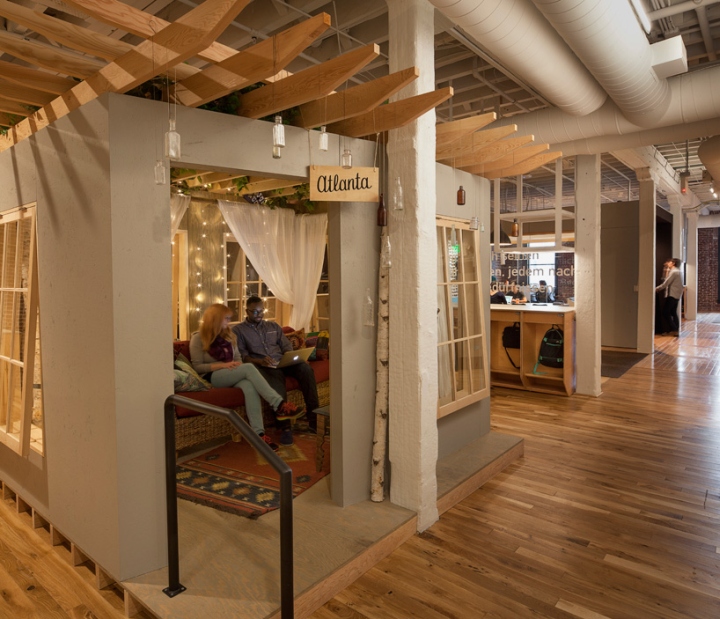 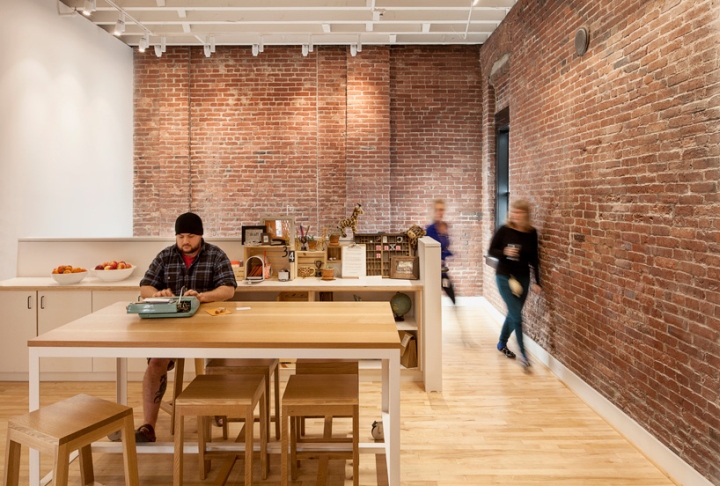 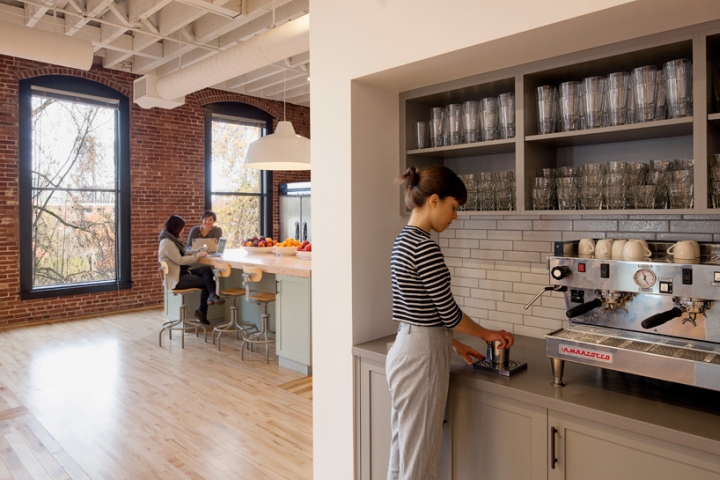 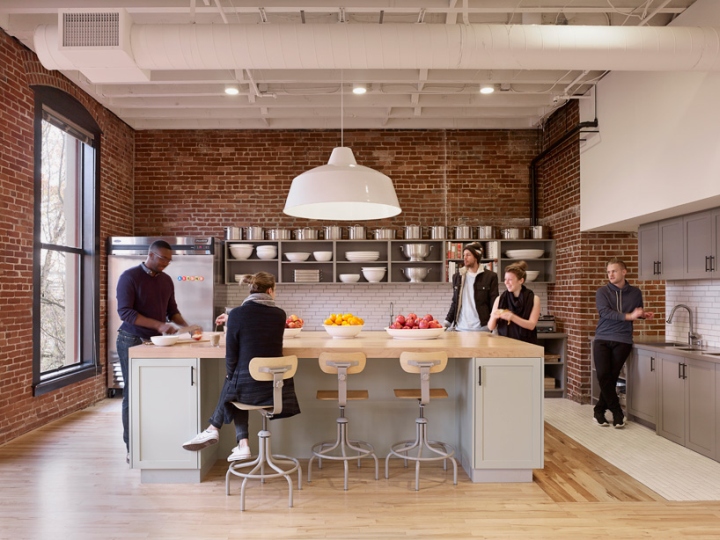 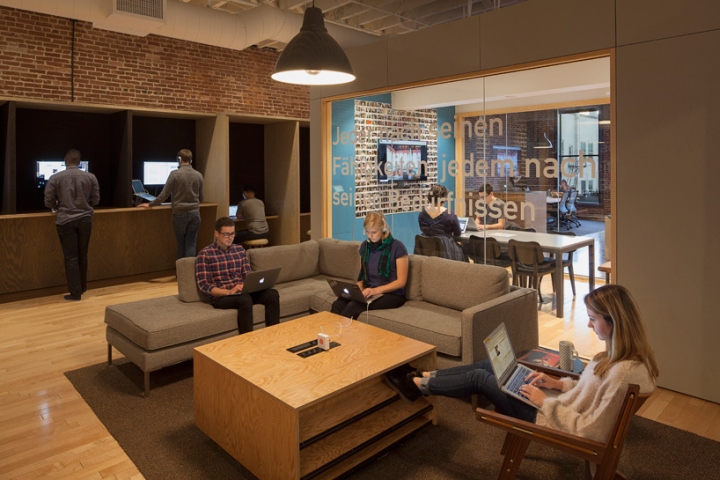 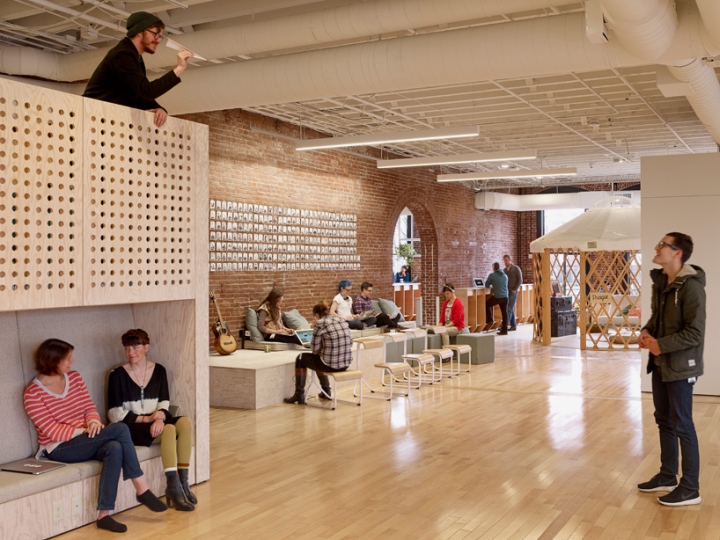 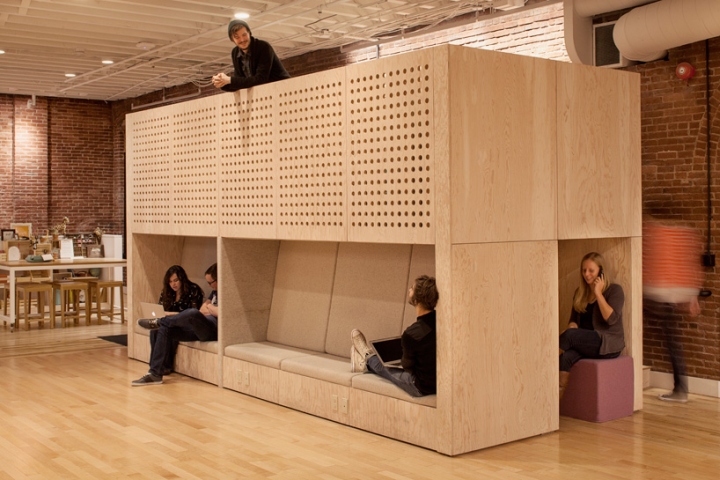 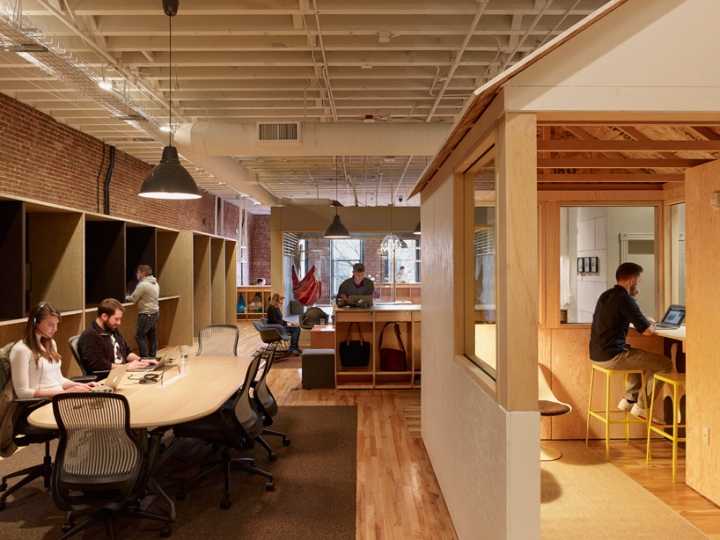 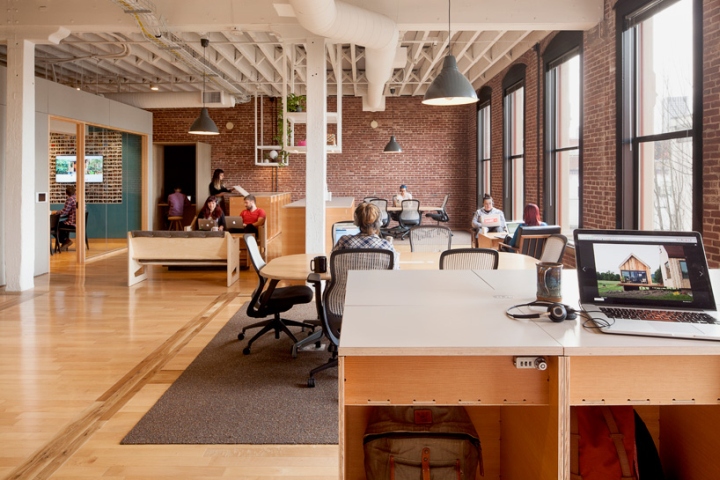 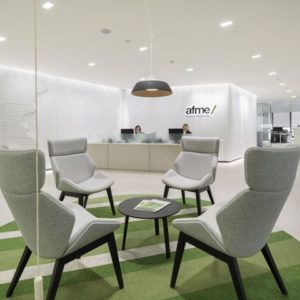 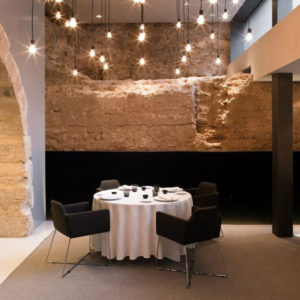 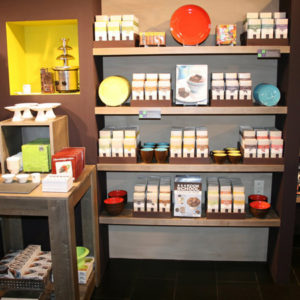 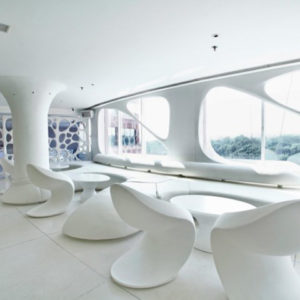