BAUX Acoustic Panels by BAUX / Form Us With Love 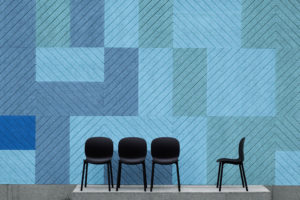 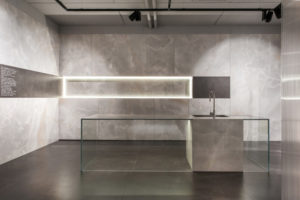 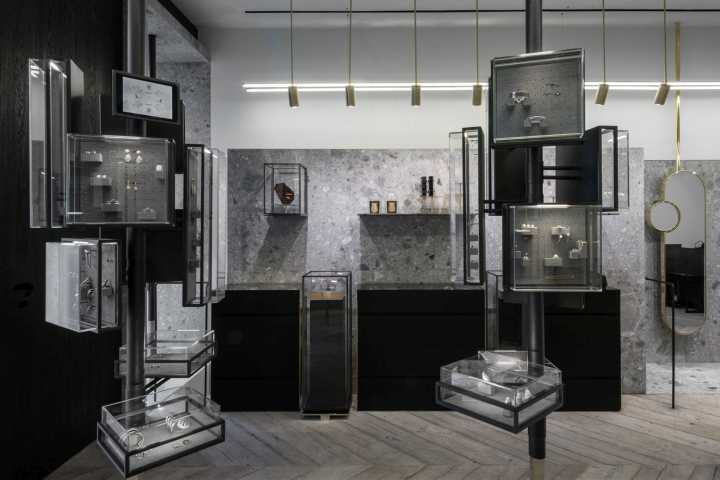 The project is located in the heart of Athens. The owner, Mrs Ileana Makri is a multifaceted, talented person, a polymath. Her images and knowledge stem from her travels to various countries around the world. She is considered to be on the most important jewelry designers in Greece. Her reputation and her creations have crossed the native borders decades ago. The starting point of our study for the design of her flagship store was the analysis of her view on design, her interests and inspirations, her images and passions that drive her creative force. Her pieces are all different from each other as if they have been extracted from different worlds, unusual, heterotopic and mysterious. Nonetheless all her work is bounded by some persistent and recurring ideas such as the quality of light their creations emit, the kin geometrical patterns, the vigorous and fine workmanship, the intricate detailing. These elements compose the heteroclite sum of ideas and experiences that are expressed in her work and all together unite in a method of work and a process of transforming memories to jewelry. We wanted the space we created to detach form the usual architectural and servicing stereotypes regarding the jewelry store. We consider the usual programmatic process experienced in such stores to be outdated and mundane something that didn’t seem to fit with the work of Ileana Makri. We wanted the user to be able to explore the space with freedom as if he has arrived in a peculiar forest, sustained by the imagination and creative force of Ileana Makri. On the exterior the shop window opening was subdivided into three main areas. Two stone framed windows protruding form the façade were created and the entrance door was encased between them. The first framed window is the exhibiting window that holds the new collections. This opening frames a metal -glass tree with hanging exhibition cases and the stores stone clad staircase leading to the jeweler’s workshop. The passer’s gaze is allowed to penetrate the interior and capture glances of the movement within and observe the people ascending and descending the levels of the store. The second stone rimmed opening frames an art installation. The entrance door that is encased between the two frames is made of black colored oak wood. We wanted the door to be an element of the façade and not just an opening. Its height and robust construction create a monolithic appearance which combined with the dark color of the wood allude to the door to an enchanted forest. With the asymmetric subdivision and stereotomic properties of the synthesis we gave the façade a rhythm and coherent composure. We wanted to reveal not everything at once but hide aspects of the shop in order create ambiguity and depth, curiosity that would lead to a stasis in a street of constant movement. Within the art installation window smoke is released through hidden outlets and creates a controlled cloud within the window. We wanted to explore a mode of fluctuating transparency by the use of slow released smoke and the formation of a nebula that would act as a veil. A constantly changing veil, which regulates the views from the exterior to the interior and the opposite, creates a sense of mystery and ethereal enclosure. Inside we created a geometrical forest in the entrance zone of the store. The trees of metal, glass and stone hold the precious creations and offer to the viewer a 360 view for closer inspection. The sampling areas that follow we wanted to be rudimentary, doric, an open space within the trees where you can sit and taste the hanging fruits -jewelry, some of which are so alluring as they are forbidden. We worked with natural unprocessed materials metal, glass, wood and stone focusing on creating a dialectic relationship with the authenticity of materials that characterizes the creations of the owner and our work. We wanted the light to be casted absorbed and reflected on the materials during the passage of the day and create a different atmosphere that would be conducted by our synthetic approach. We used a grey sedimentary rock which is characterized by its inhomogeneous internal composition something that for us was an allusion to the mechanisms of memory and Lethe and the multifaceted life of Ileana Makri. The bronze was selected because of its ability to convey and transform the light and the black metal with the wood to give rhythm texture color and to fuse the elements to a coherent whole. Our goal was go beyond the given architectural typologies of the jewelry store and create a concept store that would reflect the multifaceted aspect of the client’s creations and the ethos of her work. 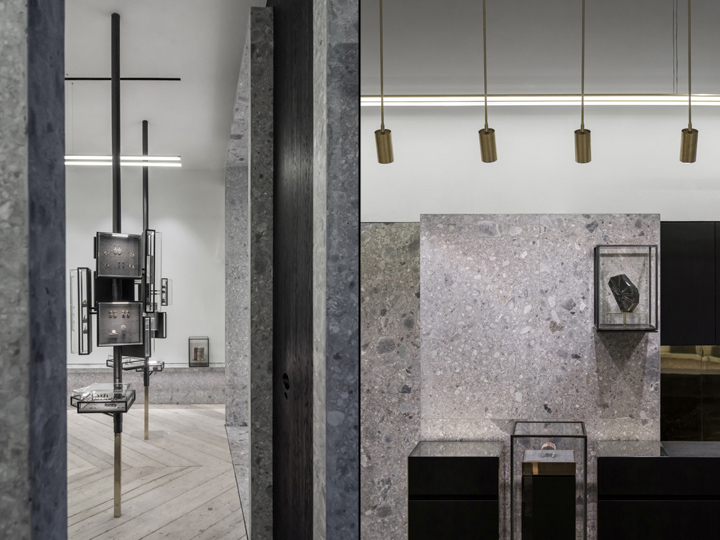 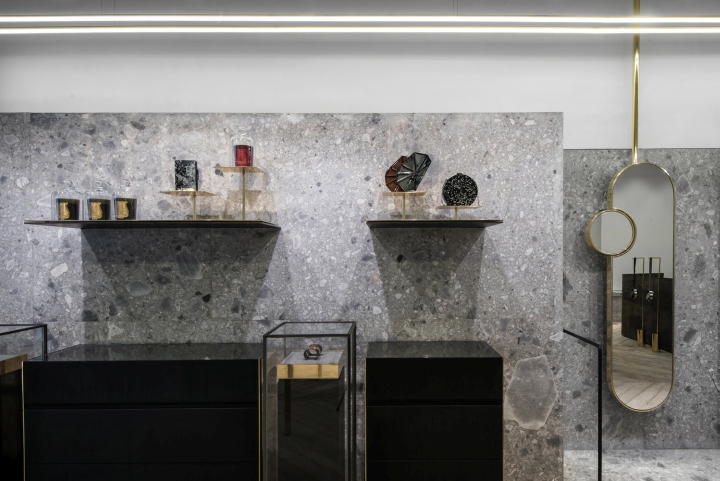 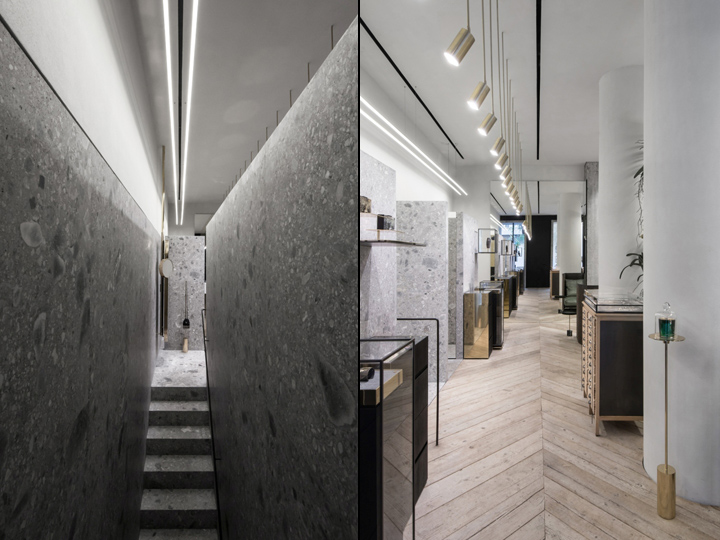 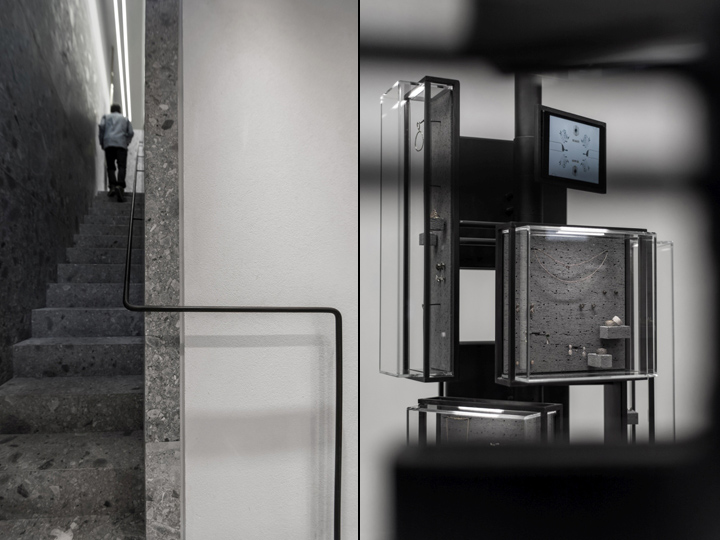 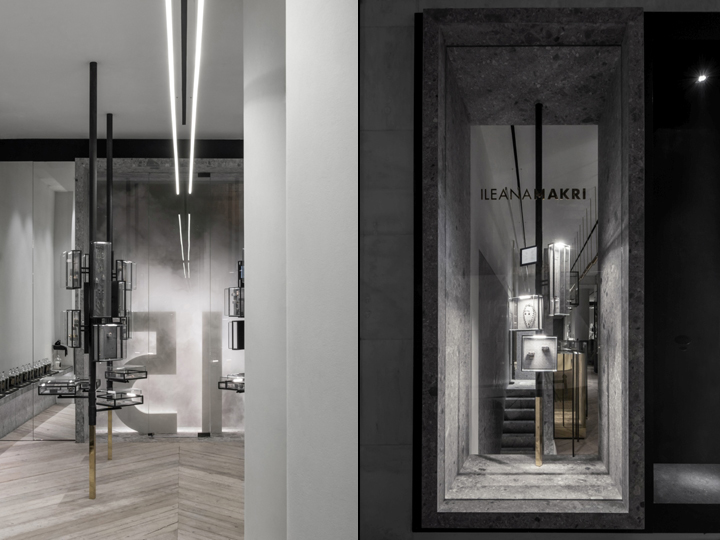 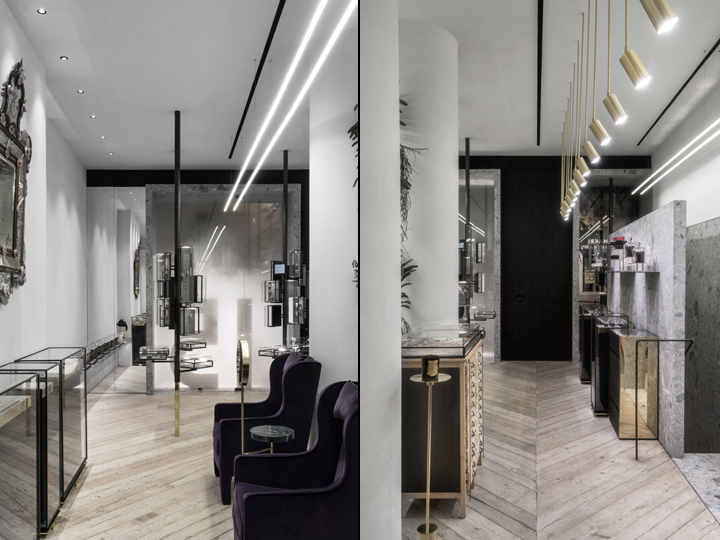 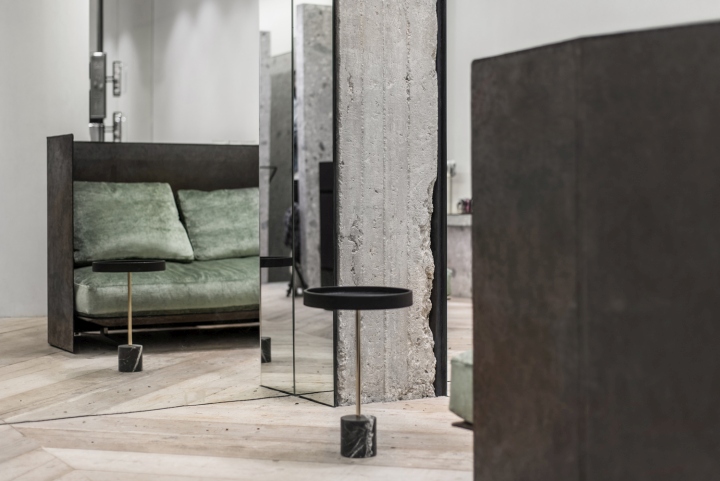 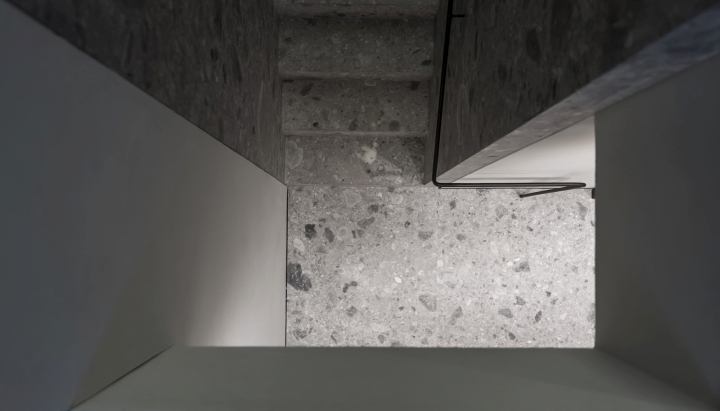 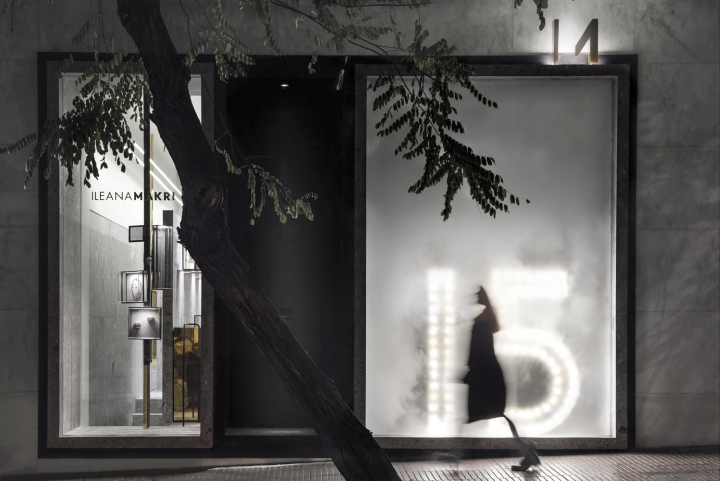 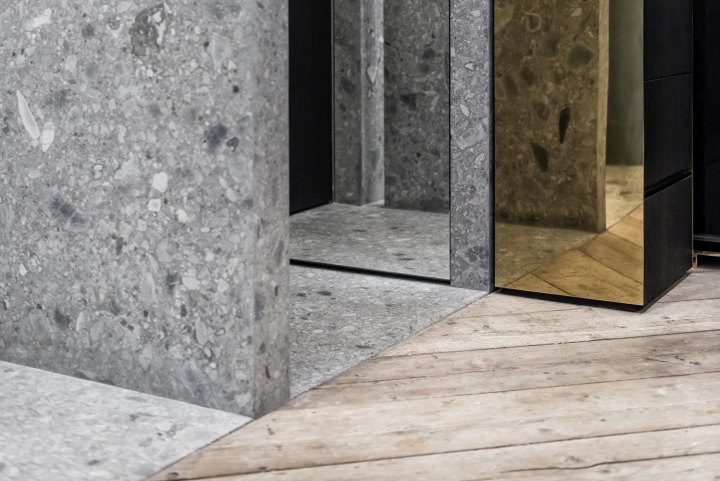 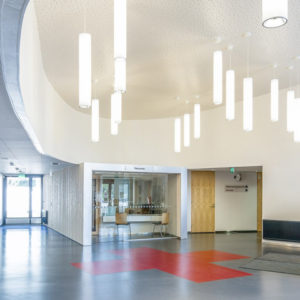 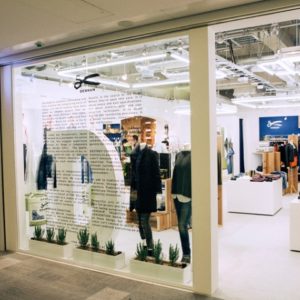 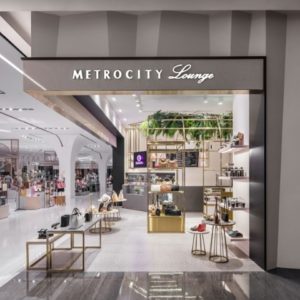 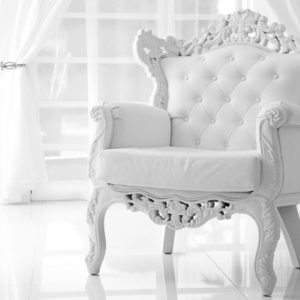