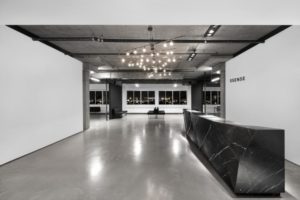 Sport In Street by Ayhan Güneri Architects at Mall Of Istanbul, Istanbul – Turkey 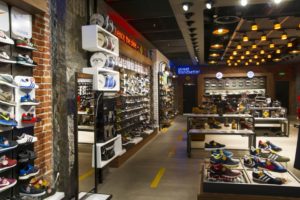 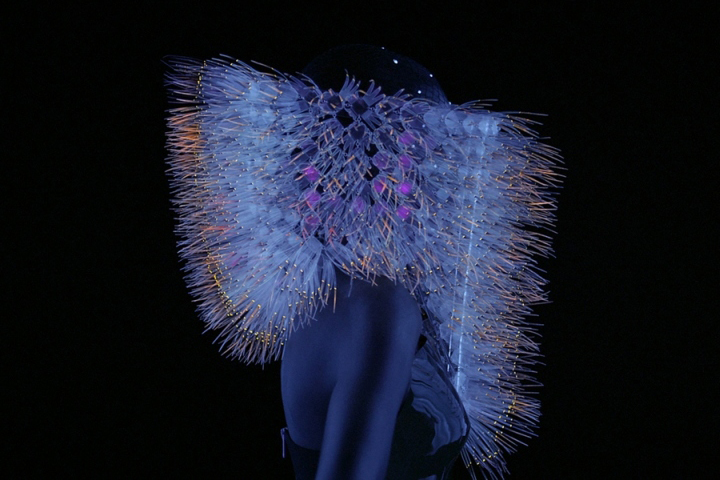 Maiko Takeda sculpts ethereal silhouettes with eye-catching forms. Her designs succinctly combine material clarity with a surreal sense of transformation, as seen recently in the artwork for the digital release of Björk‘s new Vulnicura album. Takeda’s creations will also soon grace the front of Frame’s forthcoming book Postdigital Artisans and we caught up with the artist to discover more about her craft. Currently based in Tokyo, Takeda’s interests lie in conjuring an experience of wonder with her bodily adornments. Carefully constructed from ordinary materials, these are much more than headpieces; enveloping the wearer’s frame in a holographic sheen. ‘I’m interested in anything that surrounds us, but is hard to perceive; which almost hangs between existing and not existing,’ explains Takeda. Trained in jewellery design and millinery, her pieces combine aspects of both trades and are made with finely-cut strips of acetate affixed to a contemporary chainmail base. Emanating a glorious glow, the pieces can be seen as a type of body armour, maybe of an exotic creature from another planet or from a deep underworld where the currents gently sway the colour-tipped fringes. This unique visual landscape was developed during the designer’s studies at the Royal College of Art in London in 2013. For her MA in millinery, her thesis project was entitled Atmospheric Reentry and was largely inspired by an opera by Philip Glass and its formalist approach based on structured spaces. 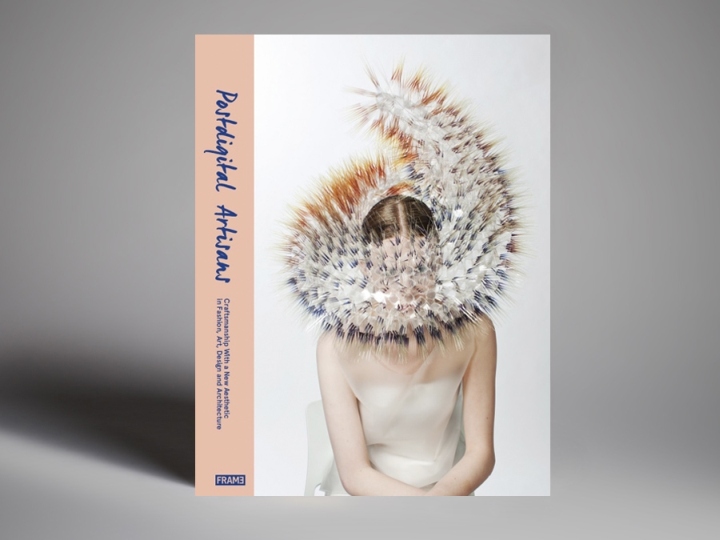 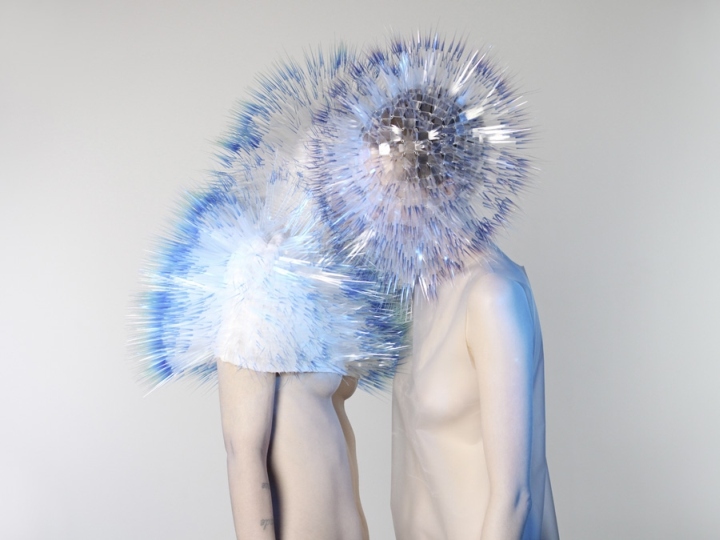 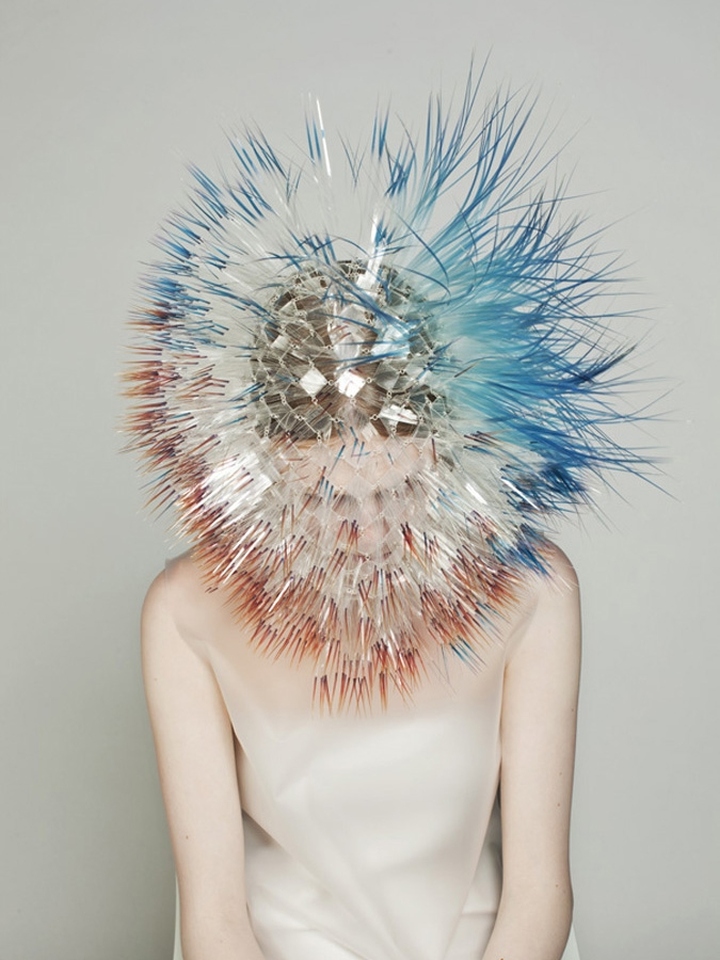 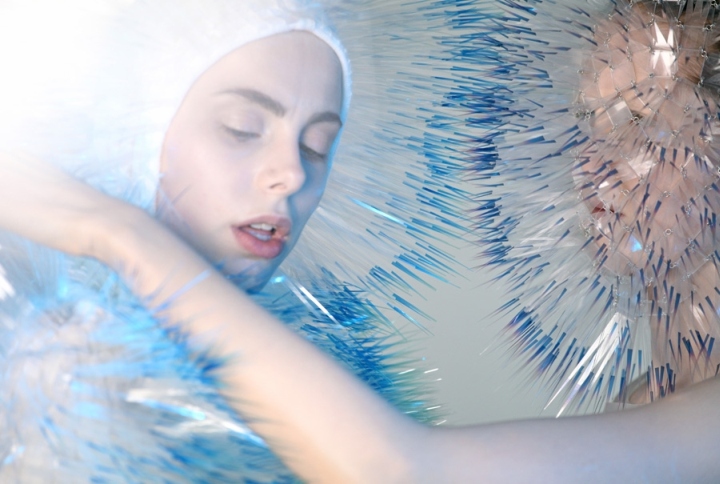 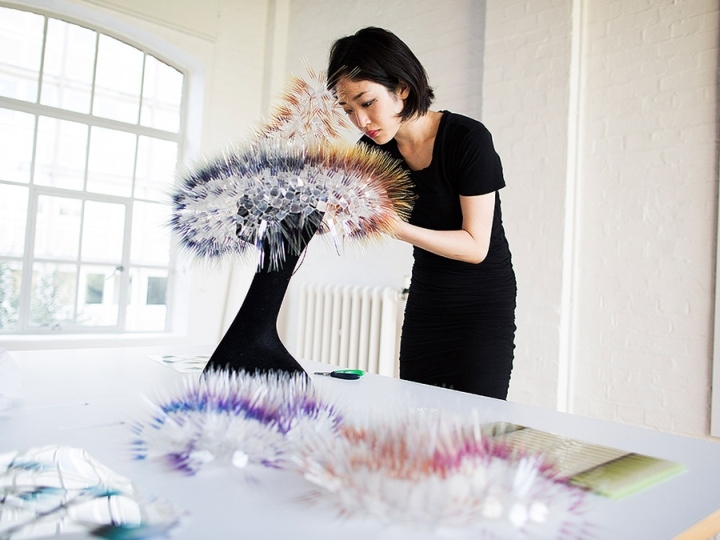 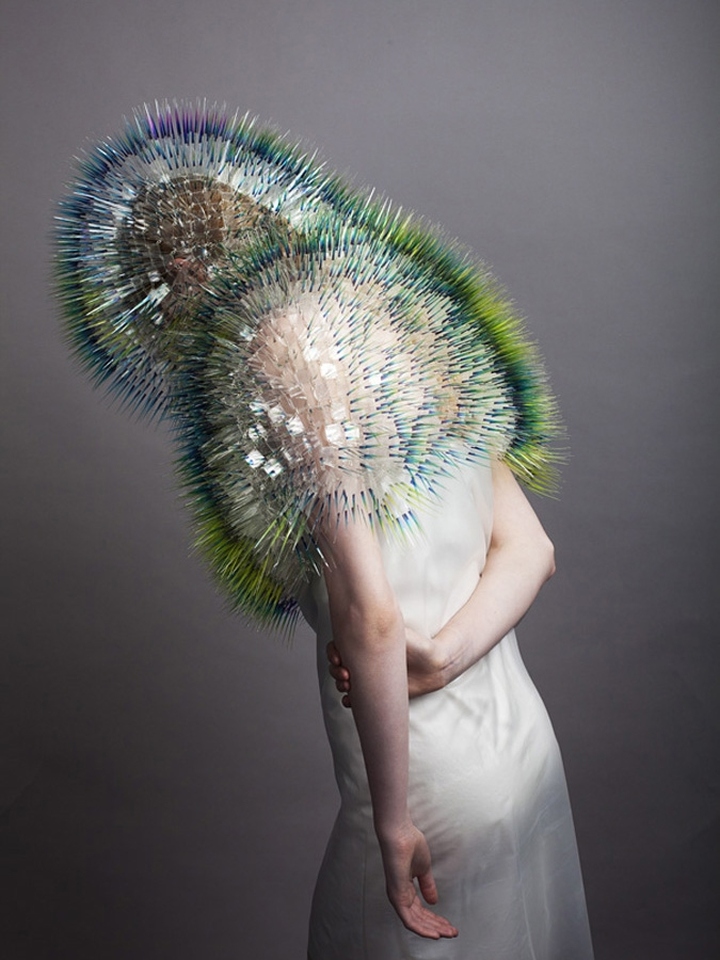 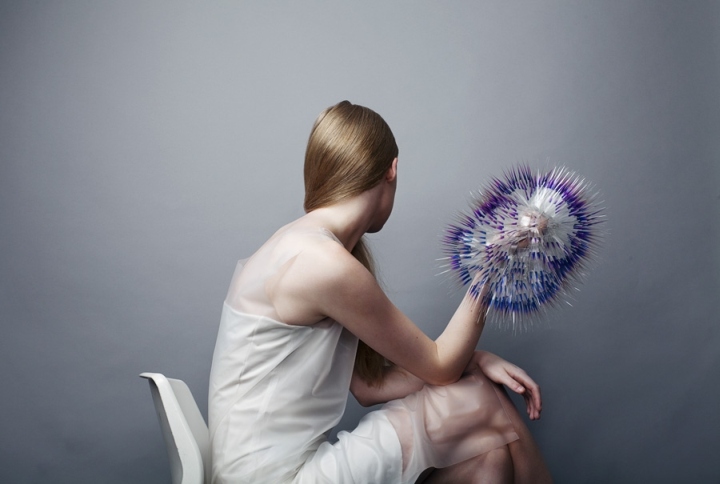 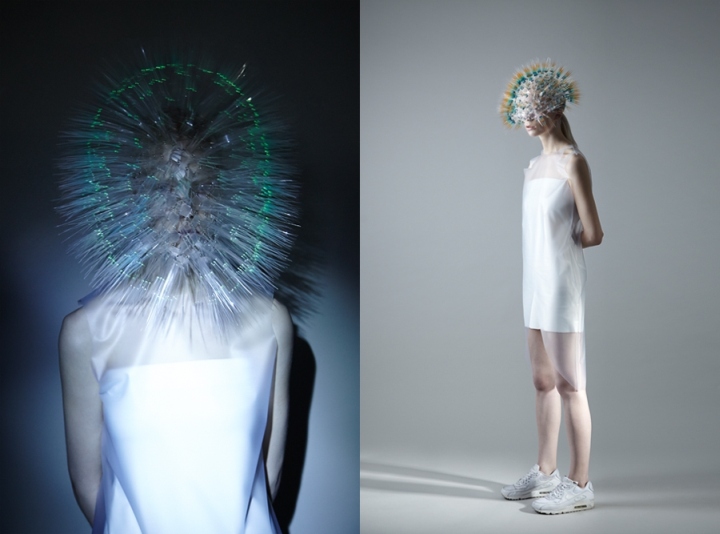 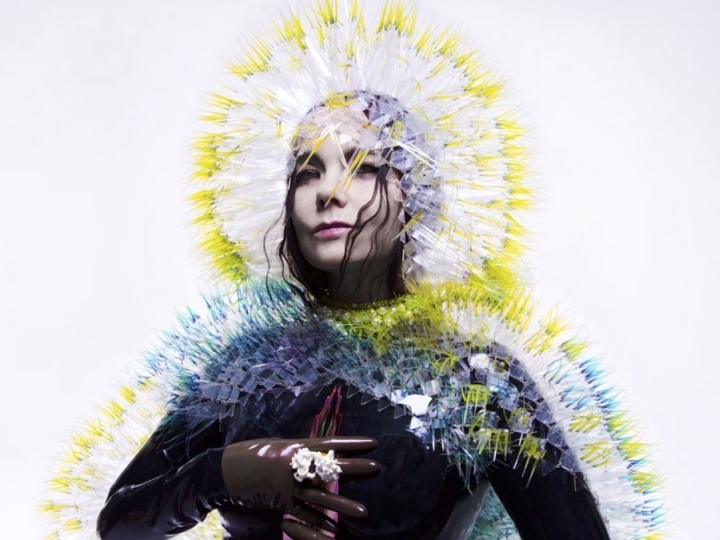 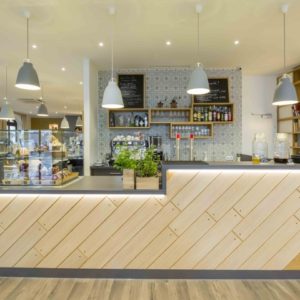 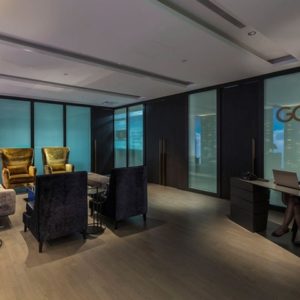