UP Balloon Tables by Duffy London 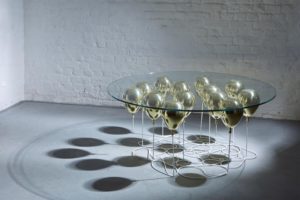 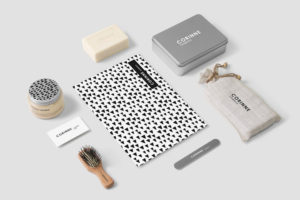 ‘La Crêpe Kitchen’ is a re-launch of traditional guatemalan chain La Crêpe restaurant by Solis Colomer Architecture. The firm repurposed the store’s original style into a modern, functional atmosphere. the concept behind the restaurant is the result of three integrated ideas. In Guatemala, it’s tradition that the dining experience relates directly to the outside environment. Whether it’s under a pergola, an interior with large windows, or an open patio; nature is always close by. Thus, the dining room was perceived as a large–enclosed–outdoor area, and incorporates real trees and natural lighting. during the nights, lights that resemble the night sky change the eatery’s mood. The team also included references to the original La Crêpe. Wooden furniture is used, with pops of traditionally french colors and patterns. The space is meant to be experienced in three different parts. First, a courtyard volume–white façade–protected at its perimeter by black mesh which filters light. Next, a strong wood volume–containing all service areas–and a third black structure, which connects the restaurant to the pre-existing shopping mall. ‘La Crêpe Kitchen’ manages to create a different and exciting atmosphere, while retaining the original brand and reputation. 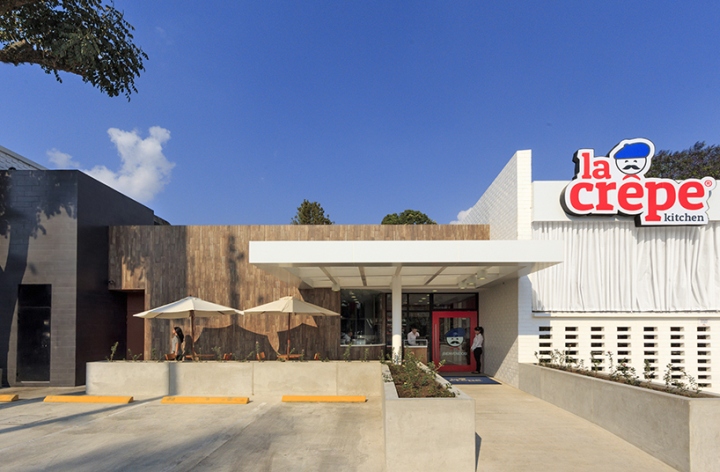 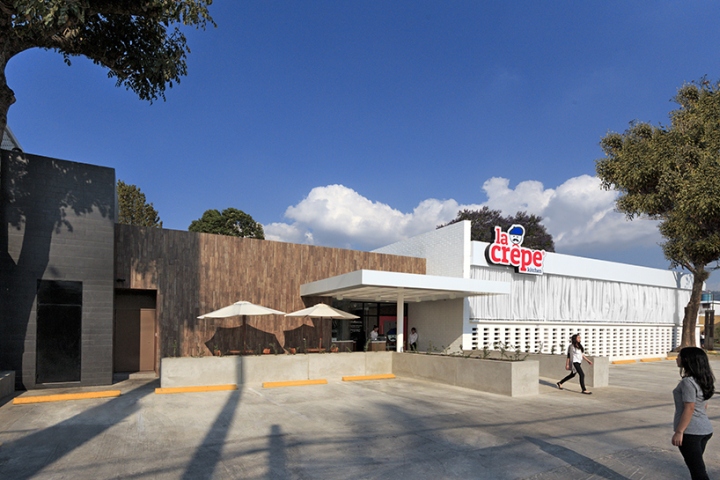 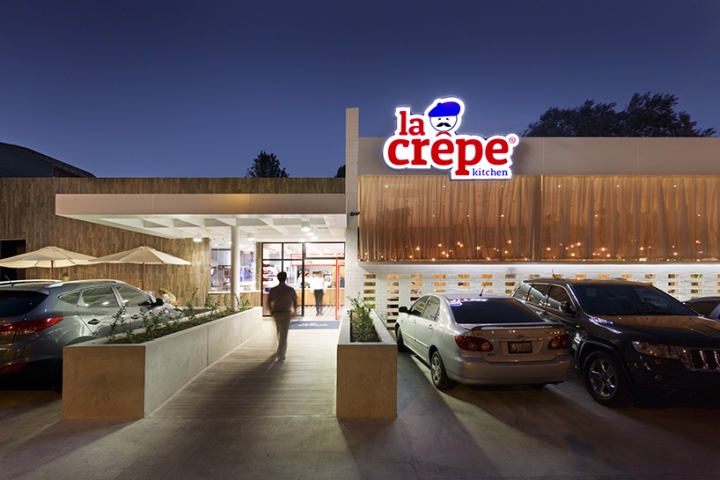 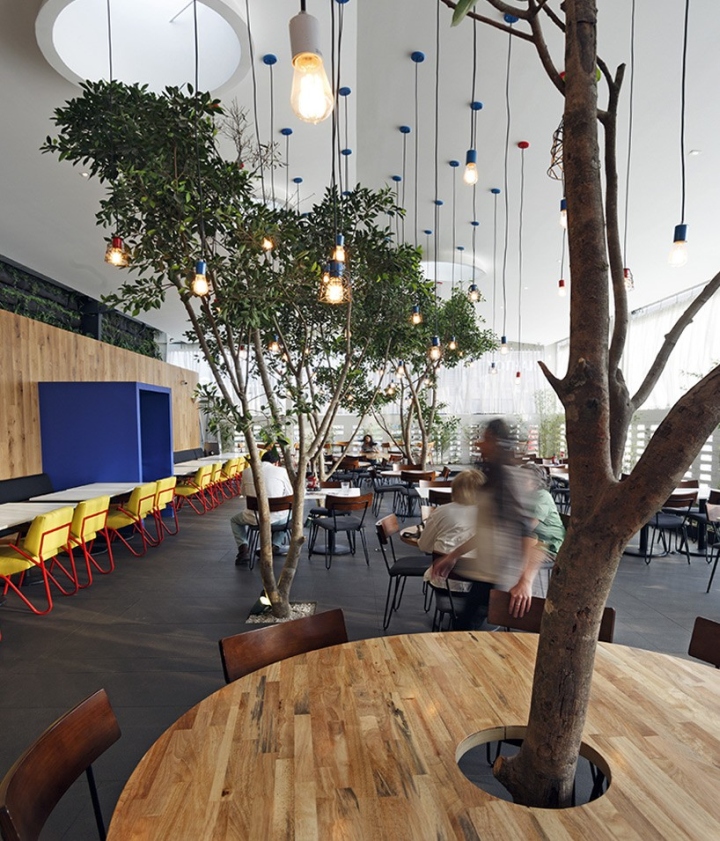 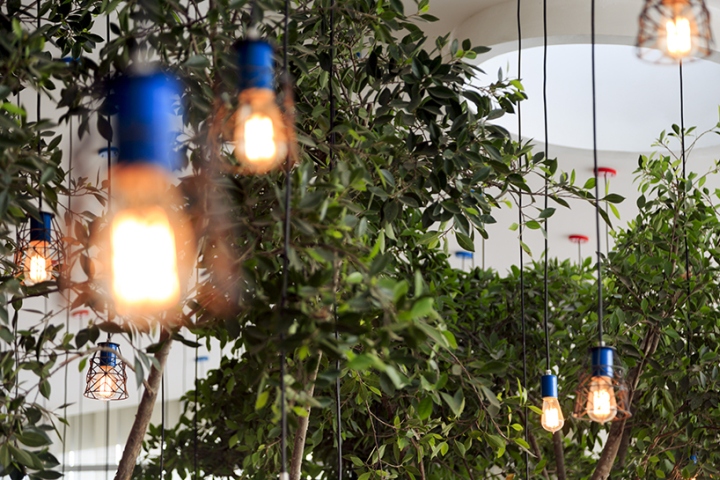 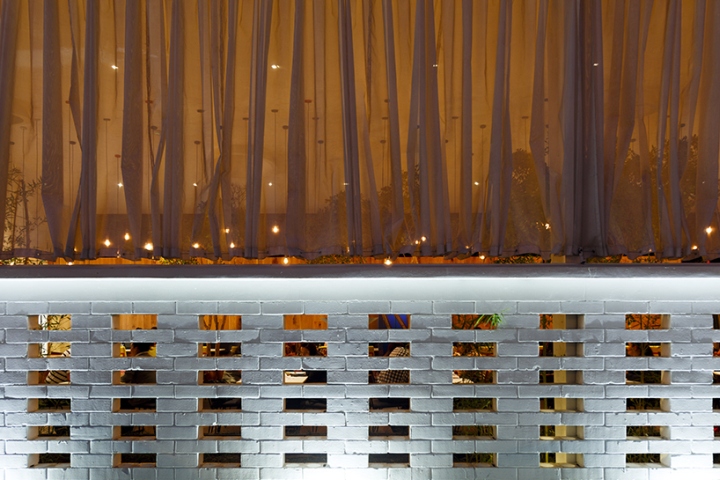 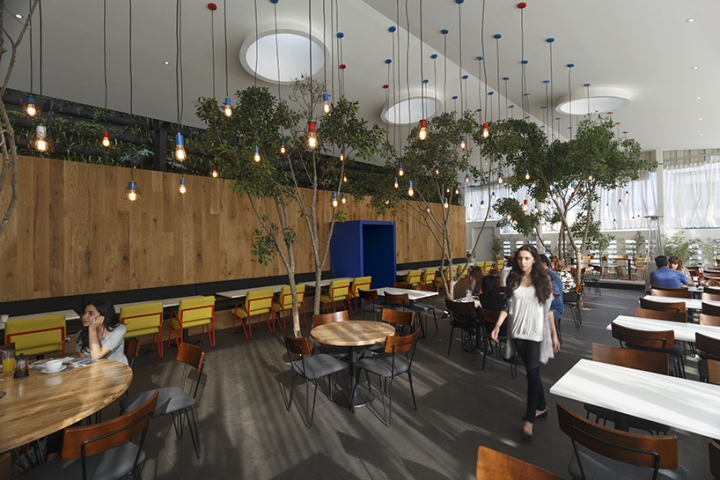 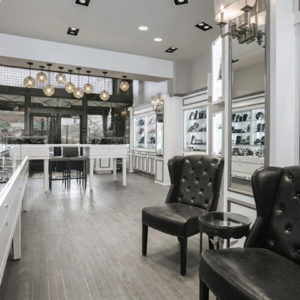 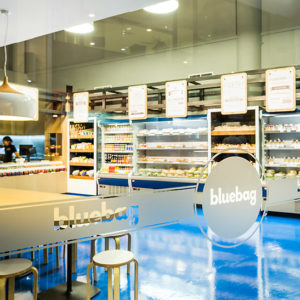