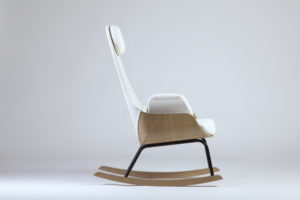 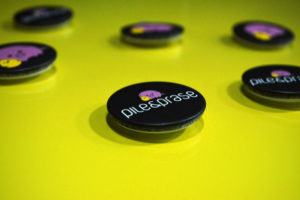 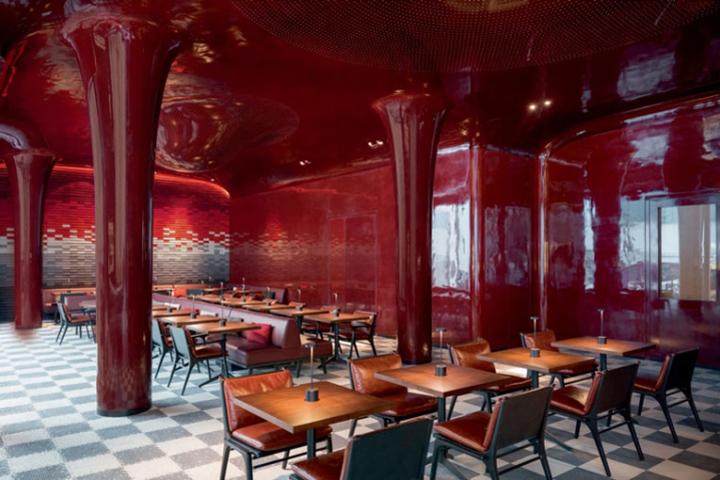 The preferred stomping ground of global movers and shakers in the 1980s, Les Bains Douches to this very day represents the golden age of Parisian nightlife, filled with nocturnal debaucheries. Similarly to New York’s Studio 54, the club was extravagant, pretty wild at times, and whoever was allowed in, partied at least till the break of dawn. Originally built as a full-fledged private bath house in 1885, the establishment was popular among influential Fin de siècle circles, establishing that prerequisite notoriety that every leading establishment has very early on. But the golden era that a happy few are still raving about to this day started in the late 1970s when entrepreneurs Jacques Renault and Fabrice Coat transformed the place into an playground for a motley demographic of celebs, creatives, fashion models and other hedonists from around the planet. David Bowie, Jean-Michel Basquiat, Grace Jones, Andy Warhol and Mick Jagger are but a few of an endless string of illustrious regulars who bestowed an almost mythical status upon the club in its prolific heyday. In the decades that followed its reputation slowly faded, and the premises were ordered to close down in 2010 as cracks had been detected and the building was deemed unsafe. But only one year on filmmaker Jean-Pierre Marois comes into the picture, not only to set up a foundation to save this iconic landmark of Parisian nightlife, but also to launch an audacious redevelopment. The renewed Les Bains remains true to its roots as a club and restaurant, but has also tweaked its formula to include 39 stylish rooms and suites, including one lavishly designed, 80 sqm. [861 sq.ft.] penthouse, replete with a private hammam and outdoor terrace. Architect Vincent Bastie restructured the building, adding light-filled courtyards, terraces and balconies, and interior architect Tristan Auer took care of the retro-inspired design of the pads. To keep matters adventurous and fresh, the design of the restaurant and club was entrusted to renowned Agency RDAI. The dining area – this is the domain of celebrated chef Philippe Labbé – is a rather stunning space dipped in a deep red hue, adorned by giant ceiling blobs and stalactite pillars. The club may have been sized down, but it has retained its edgy vibe of days gone by, featuring white cracked tiles and a matching checkerboard dance floor. Completing Les Bains’ bold makeover is the establishment’s new brand identity, created by its creative director Alexander Kellas. 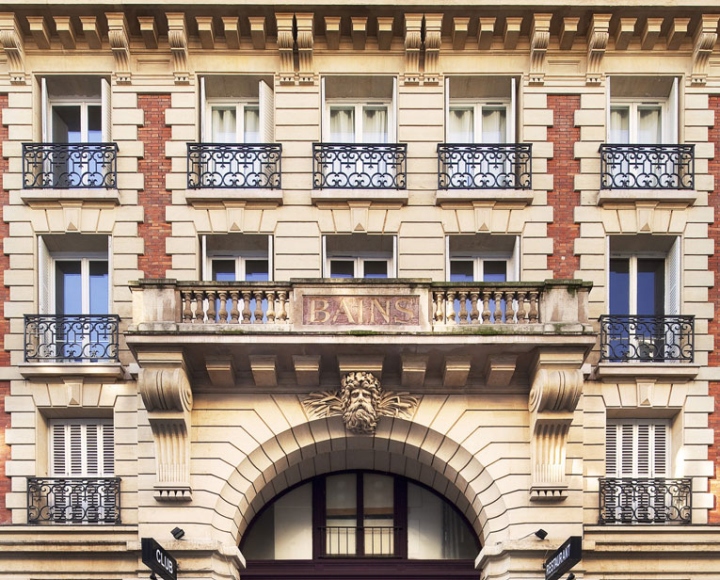 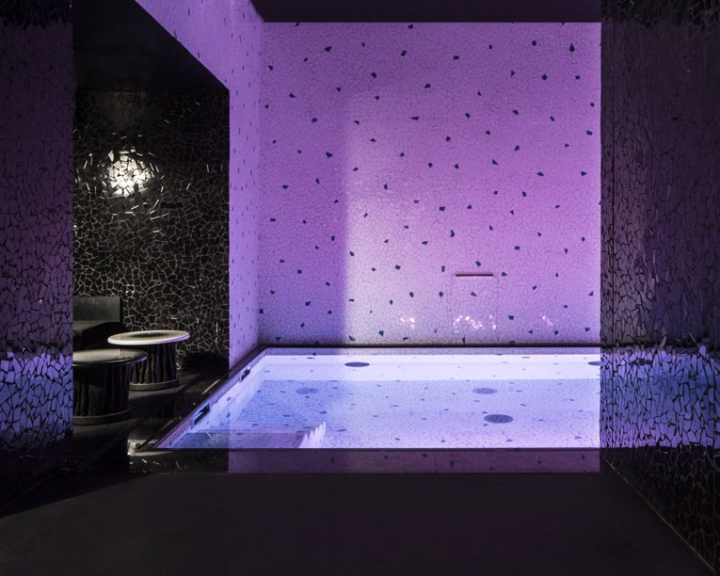 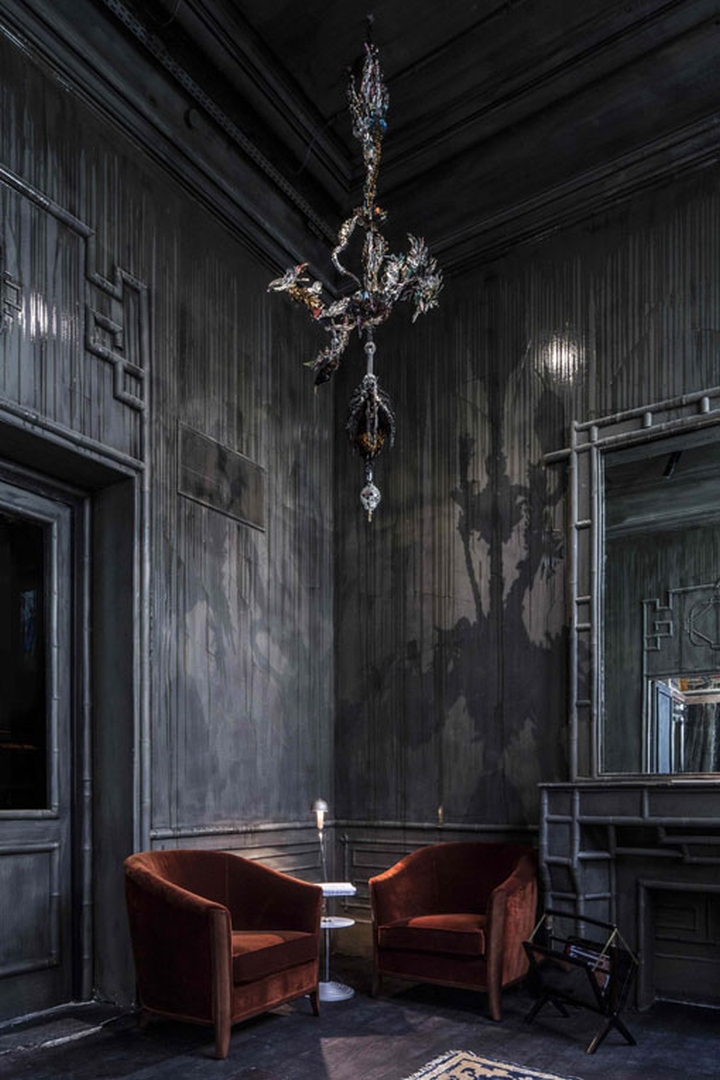 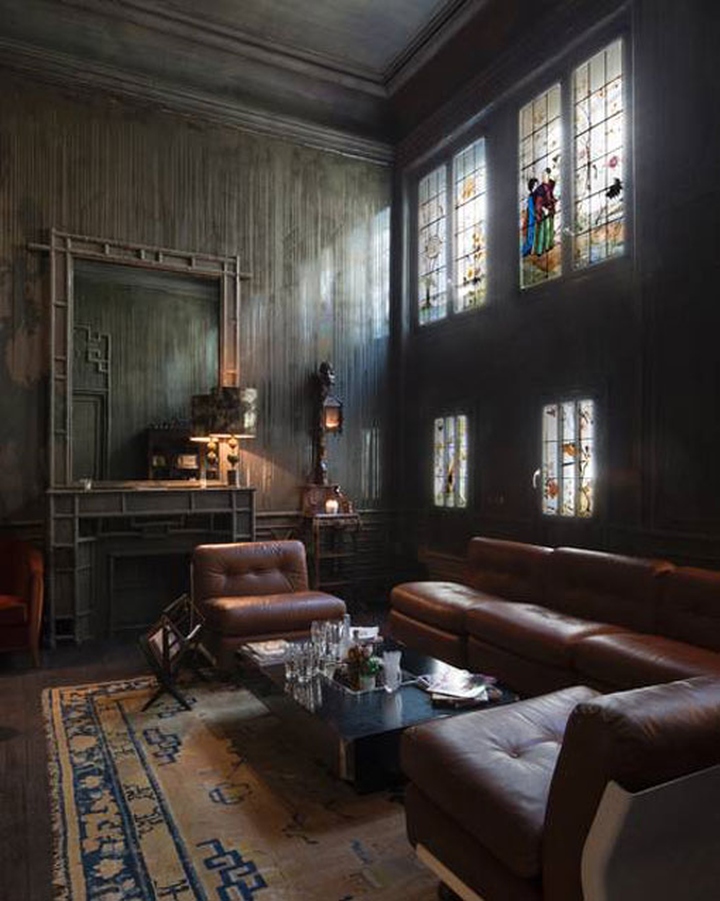 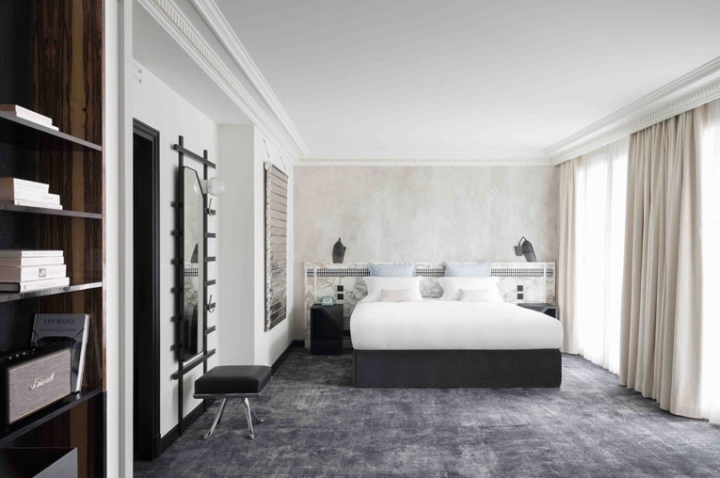 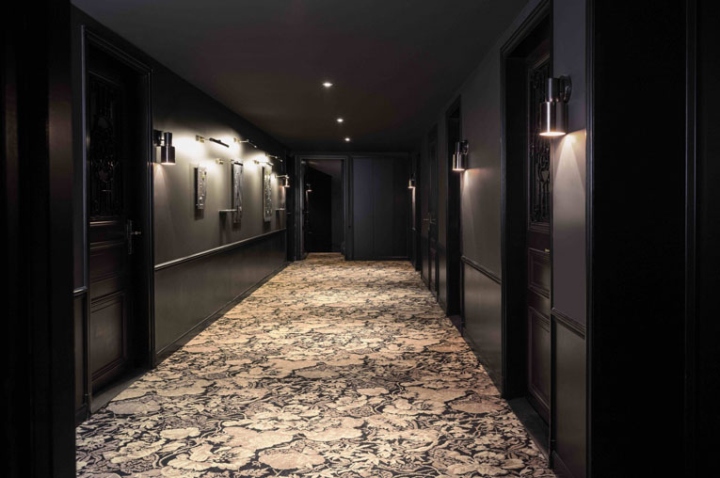 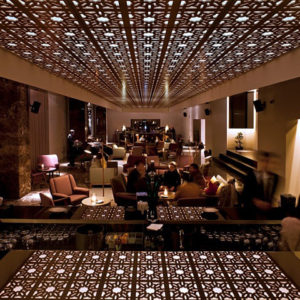 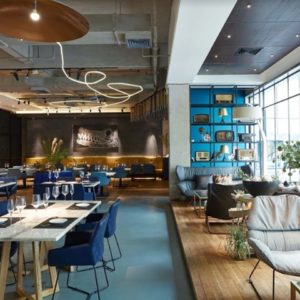 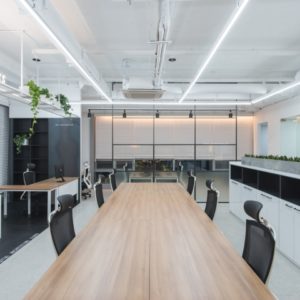 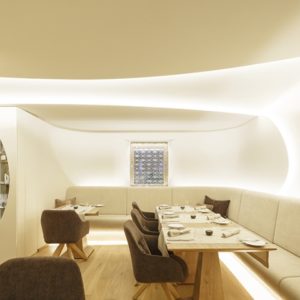