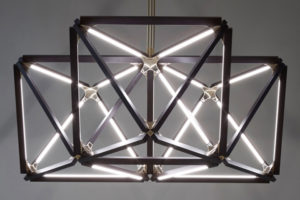 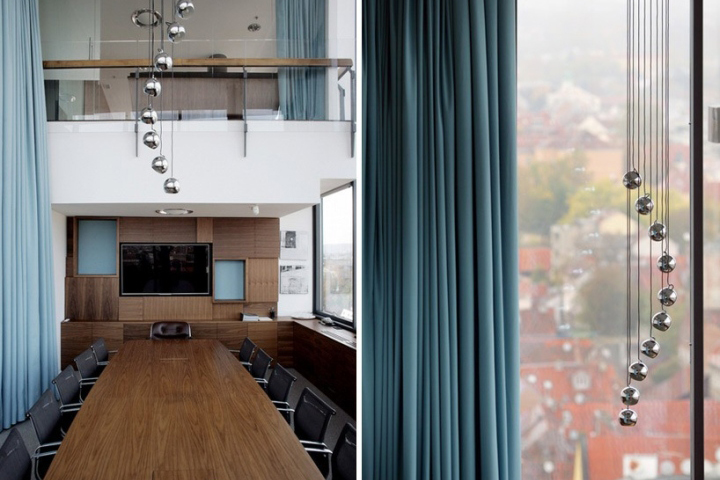 The top two floors of the Zagreb, Croatia’s oldest skyscraper has been redesigned by Brigada spatial design agency. the history and origin of the building — mid-50’s construction — influenced the renovations, which were undertaken with a distinct 1950’s aesthetic. The 550 square meter office space is both contemporary and retro, subtly alluding to the look and lifestyle of the structure’s roots. The workplace is split divided amongst three floors. The top two — fourteen and fifteenth — are reserved for hosting guest and clients, along with meetings and high-importance conferences. On the two levels are a lobby and reception area, meeting spaces, lounge, common rooms, offices, and a reference library. The third floor is an auxiliary, located on the eleventh it contains all other offices, along with a kitchen and dining area.

Brigada’s design layout is circular, with all offices located along the outer glass façade. The largest conference room is can be proportionally closed off with a large curtain. surrounding the area is a designed parapet that serves as additional seating and storage for associates. above, is a fully-stocked library that contains highly useful reference books for the client. Special pieces of furniture were created by Brigada using American walnut veneer. The rest of the office is furnished with classic 50’s and 60’s designs including pieces by Charles and Ray Eames, Pollock, Finn Juhl, and Herman Miller. Each detail was carefully thought out, and extends as far as the integration of functional items from the period such as TV sets, radios, vintage tables and chairs, telephones, stand fans, coat racks and hangers, shelving, ash trays, and other novelty gadgets. Jelijka Kolak from Mojbalkon was tasked to curate plants for the atmosphere, which can be found in flower pots influenced by the horticultural decoration once found in many public institutions. 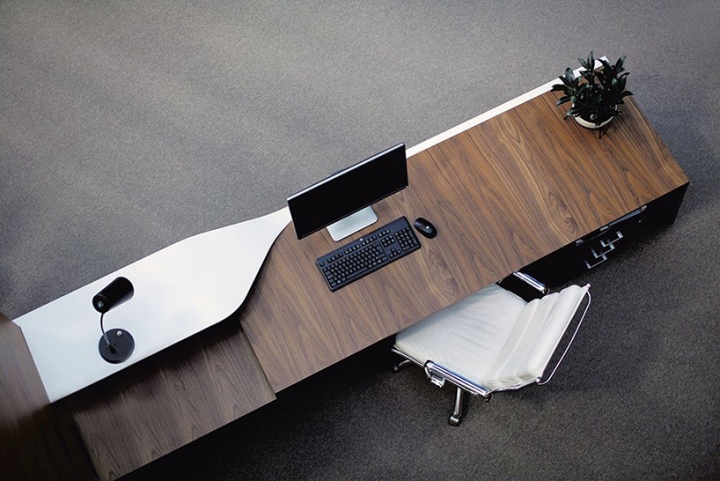 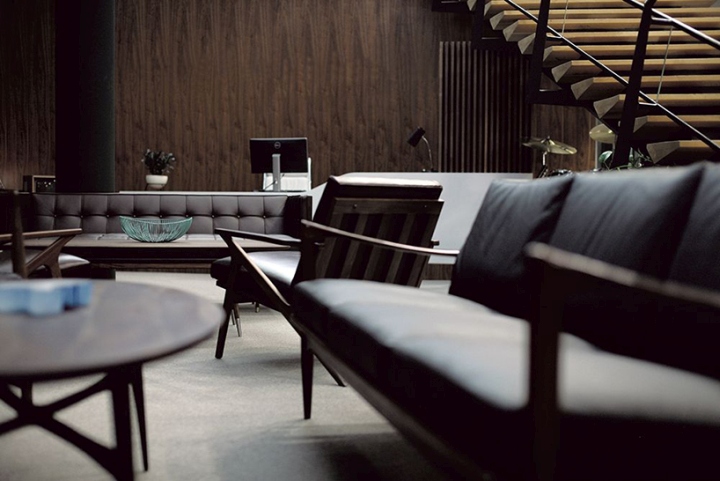 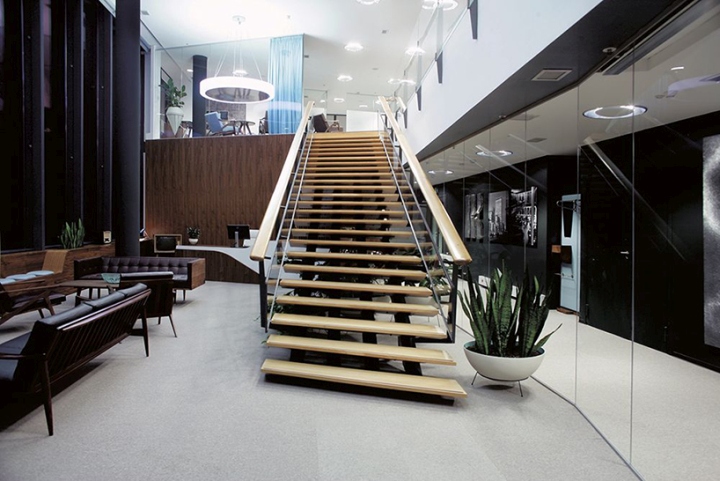 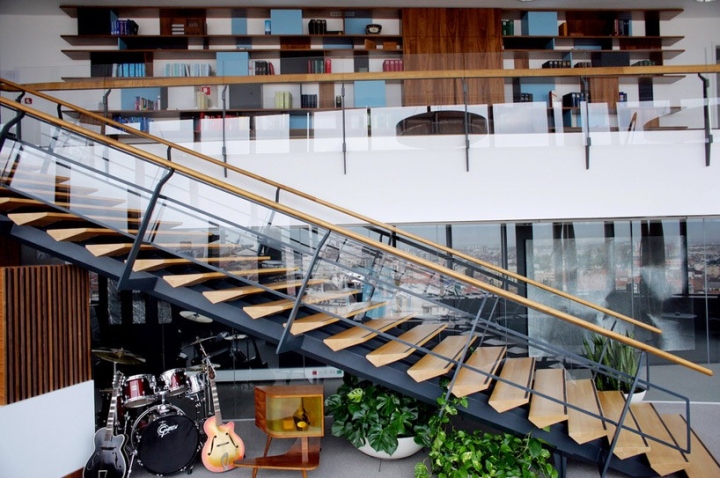 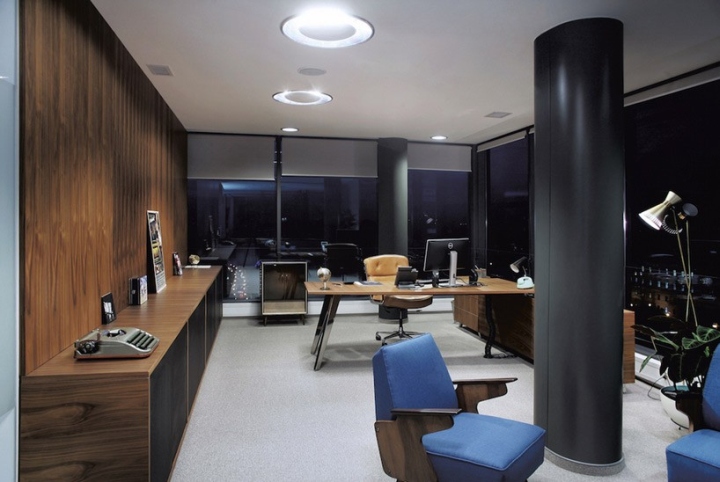 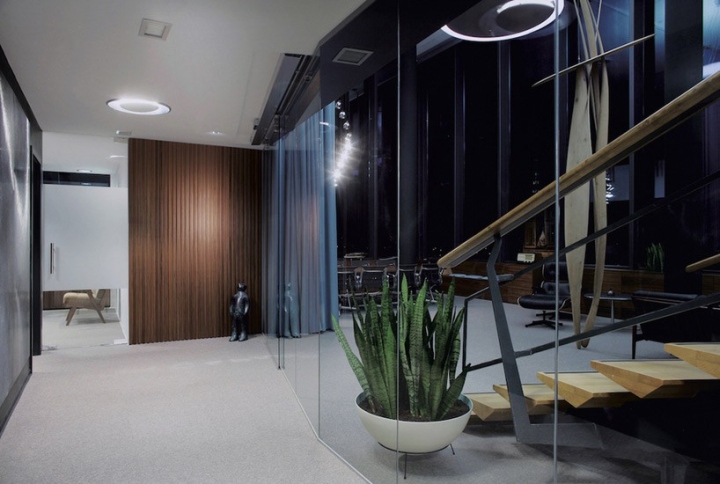 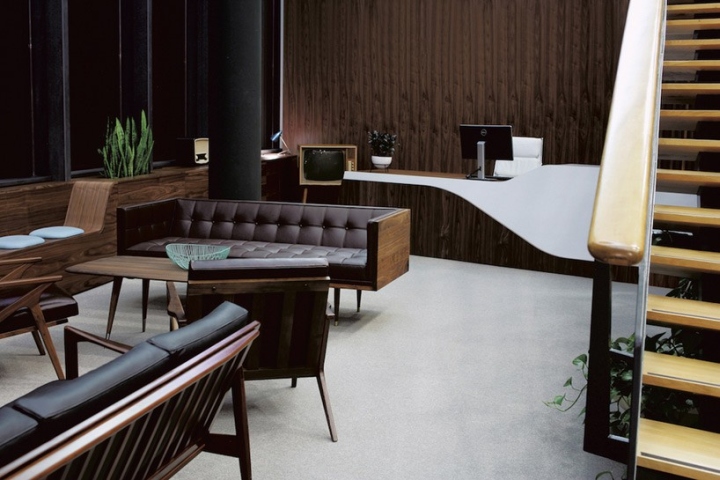 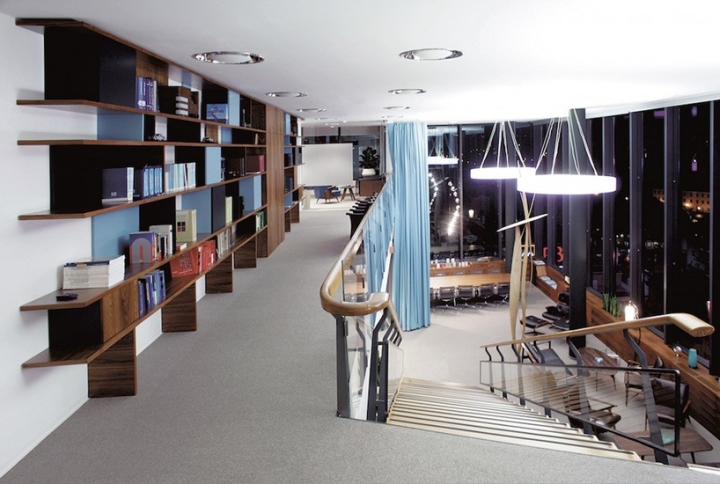 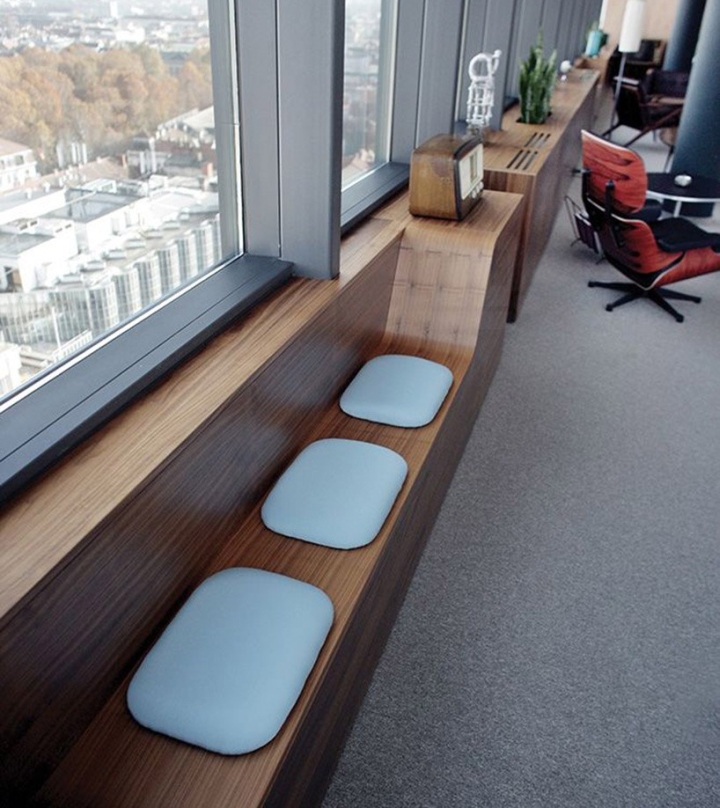 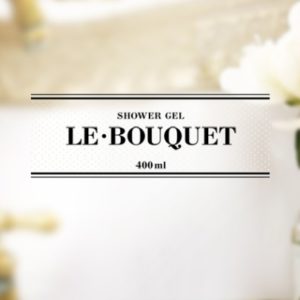 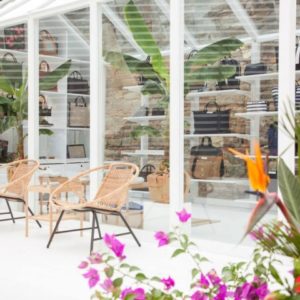