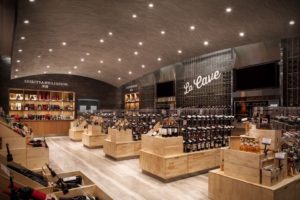 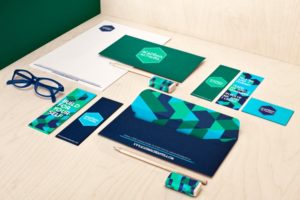 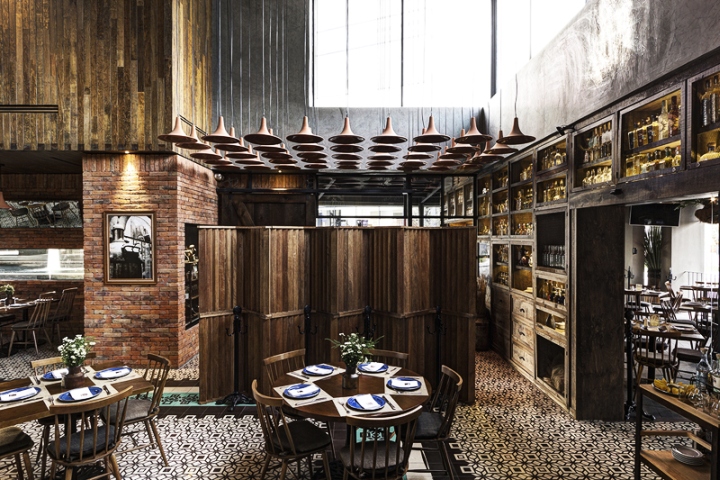 Designed by LOA León Orraca Arquitectos, the La Tequila South Restaurant is located within a shopping complex, at the southern edge of the city of Guadalajara, Mexico. According to the architects: ” The biggest challenge for the project was to rethink the aesthetic and architectural identity of a business with almost 2 decades of history. The first step in the design process was to produce an optimal layout. The abundance of rustic texture, applied with precision onto a contemporary architectural language is analogous to the restaurant’s cuisine, which takes traditional Mexican recipes and transposes them to a modern context. The original plans for the space considered a mezzanine in the short direction of the site; we decided to flip it as a longitudinal element that would claim enough space underneath to include the entire kitchen. This alternative configuration allowed for a wide, open front that revealed the sequence of preparation and engaged the dining area. At the center of the remaining double-height space, a steel stairway zigzags its way up to the mezzanine. The outdoor area north of the building houses a dining terrace as well as the bar. The former provides seating space under a wooden slat canopy with hanging ferns. 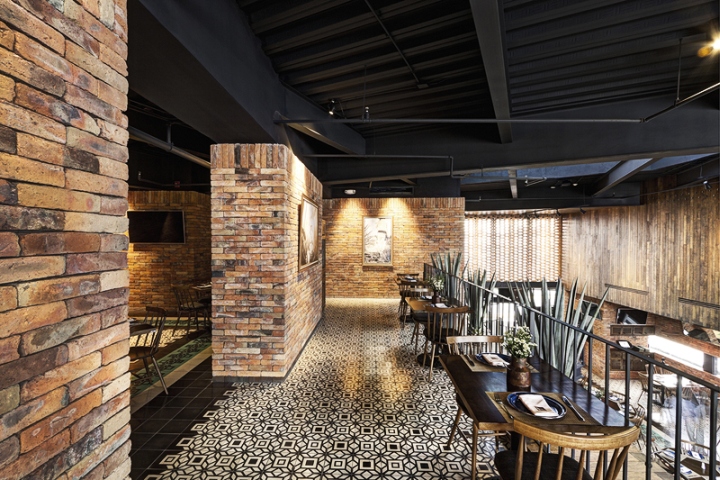 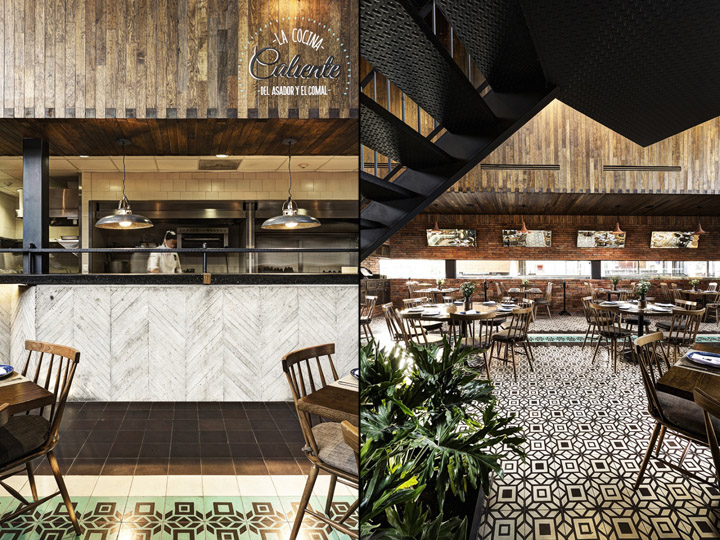 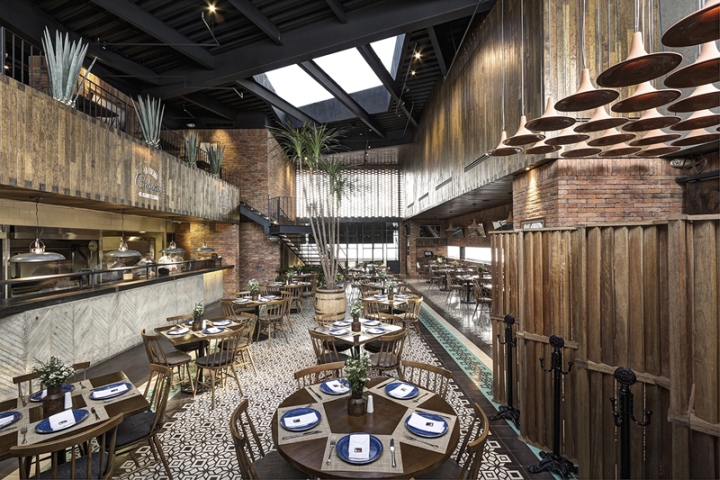 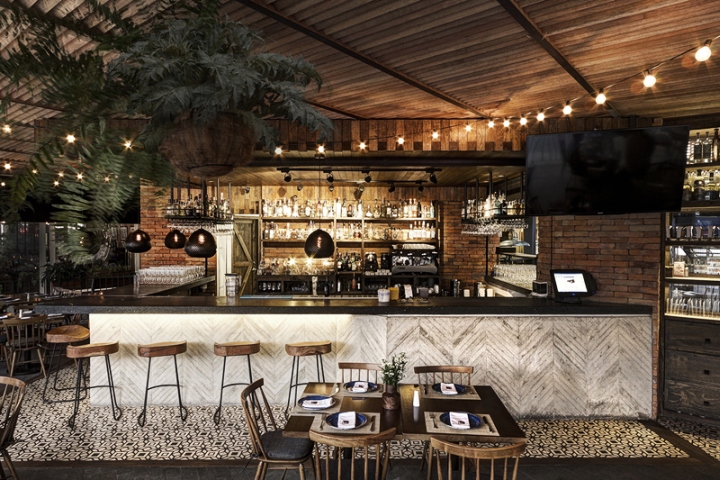 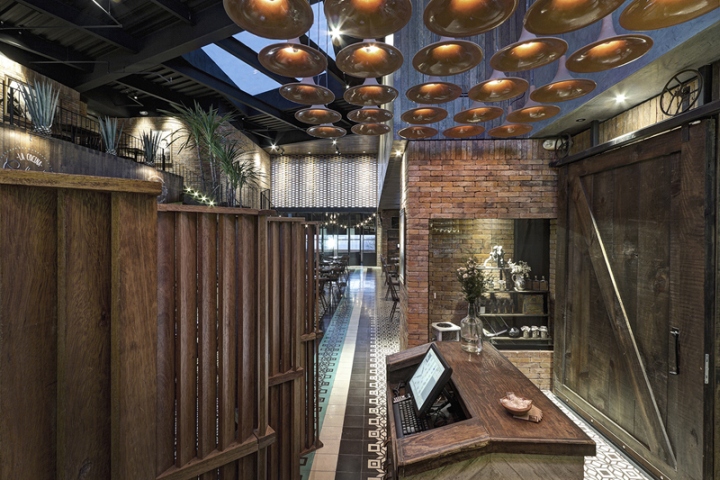 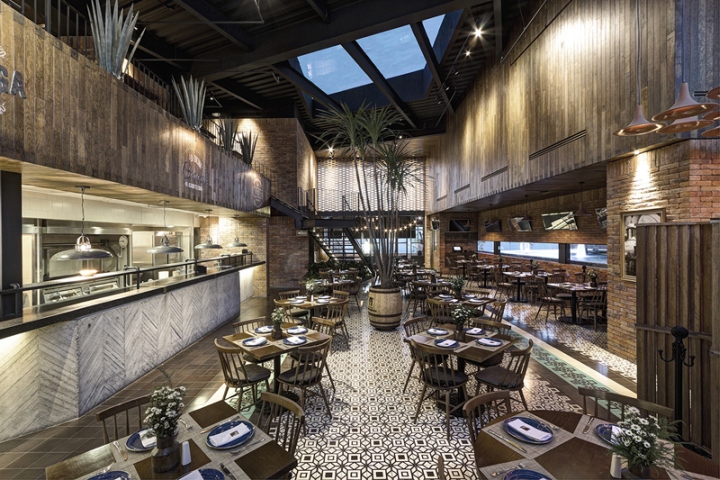 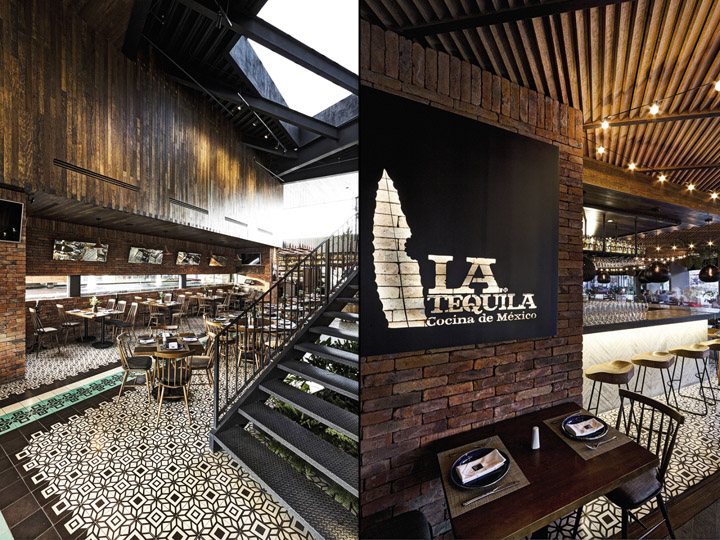 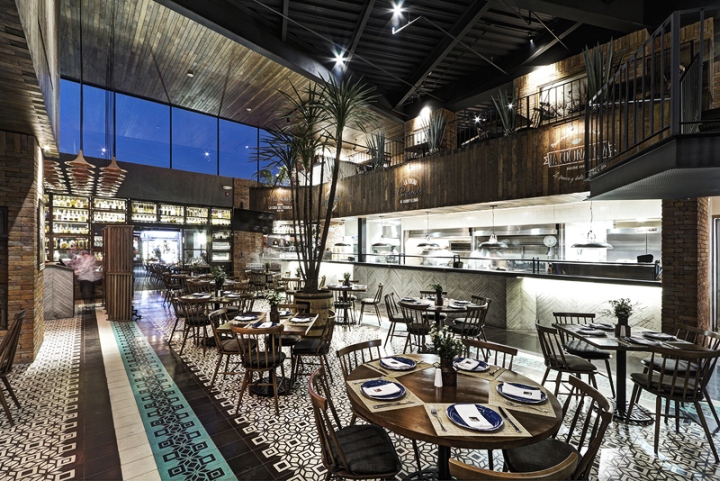 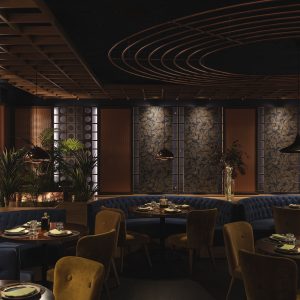 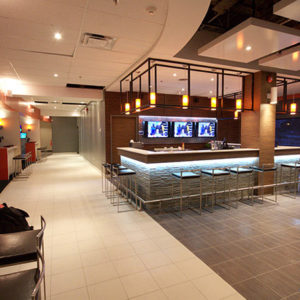 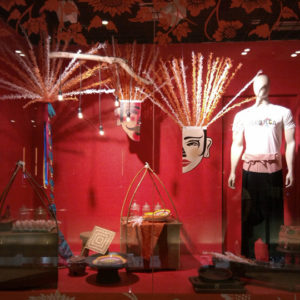 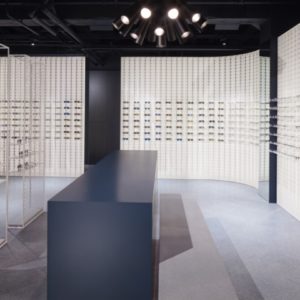