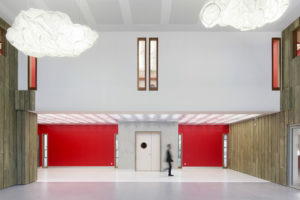 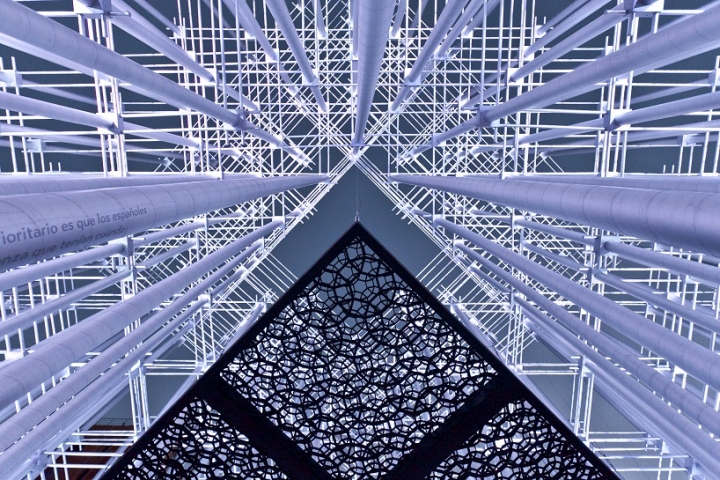 To this day, ancient Greece is considered to have been one of the most significant governing bodies of all time. the institution established countless democratic systems, including a once annually gathering called the Ekklesia. Here, roughly 6,000 citizens came together to safeguard the governing body from internal enemies. Each person was able to cast a single vote in a ballot that stated the names of harmful citizens, or potentially dangerous rising politicians. once the votes were counted, the unlucky winner was banished for Athens for ten years — and given only ten days to prepare. Artists collective Pink Intruder, brought the ‘Ekklesia’ into the 21st century for Valencia, Spain’s Fallas Festival. Their installation is a physical temple where citizens can meet, and hopefully realize the power they possess to bring change within their country. The structure is made with metallic silver cardboard tubes, which sit atop a mosaic floor constructed of 96,000 wooden pieces. Printed vertically on each pole are real political messages, which send critical messages to citizens in a way that showcases the emptiness of contemporary political discourse.

Throughout the festival, the exhibition area hosted several cultural events as well as a nightly laser show. Tiles in the mosaic were modeled after designs of the traditional nolla style which was largely lost by the mid 20th century. A series of workshops involving at-risk youth and neighborhood associations completed the installation of all 96,000 pieces. The ultimate goal of the celebration is to welcome the arrival of spring, which is done by the burning of all featured works. after a successful run, ‘Ekklesia’ met the same fate. 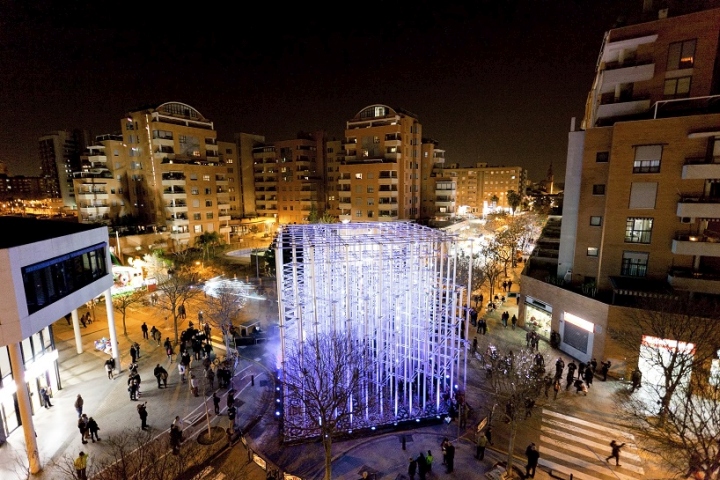 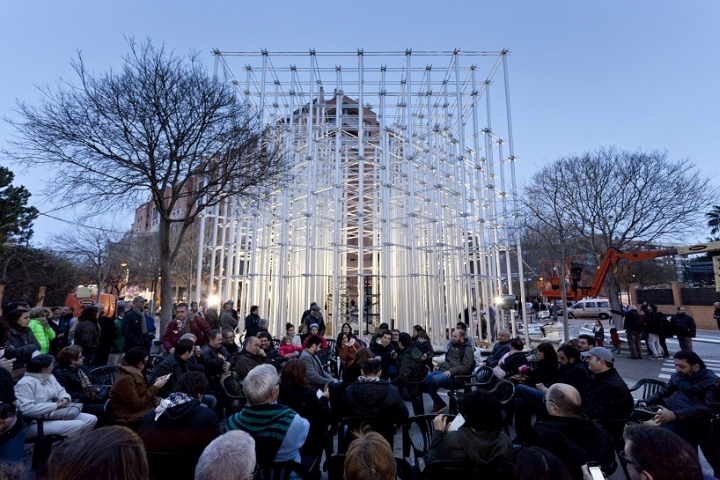 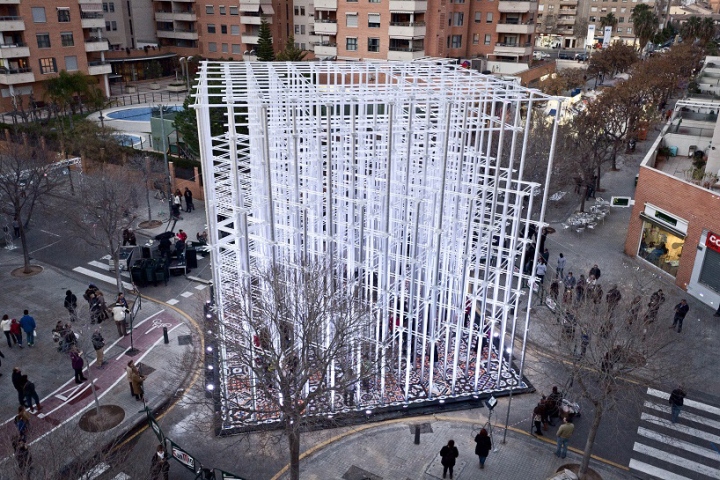 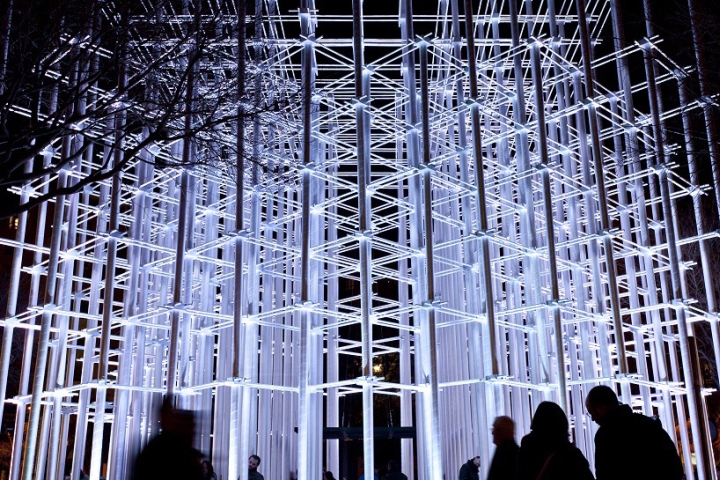 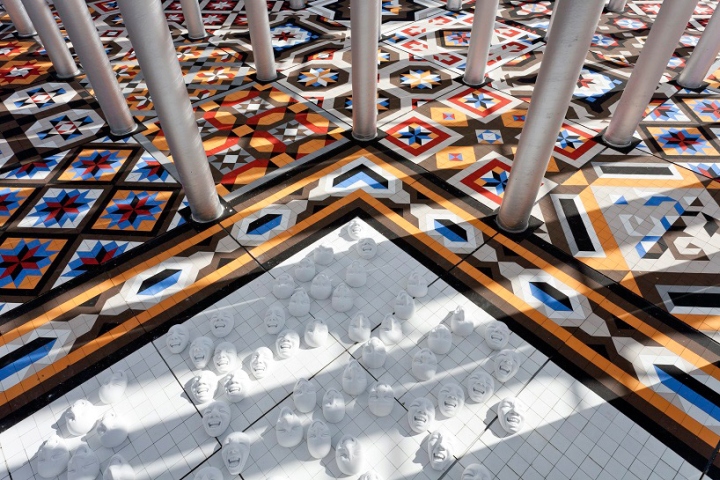 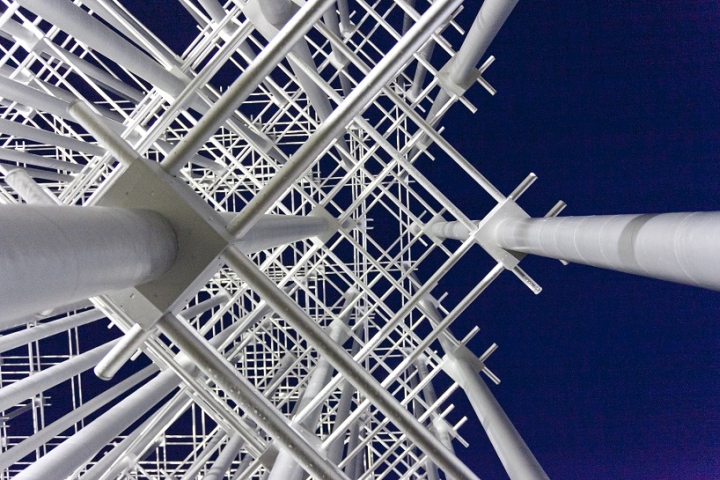 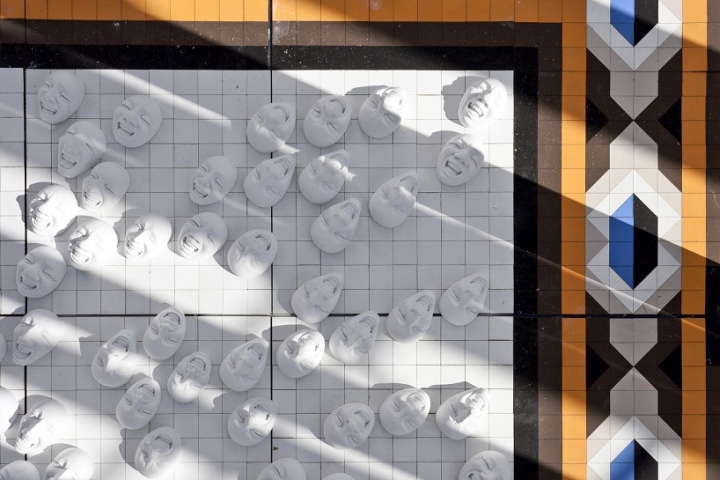 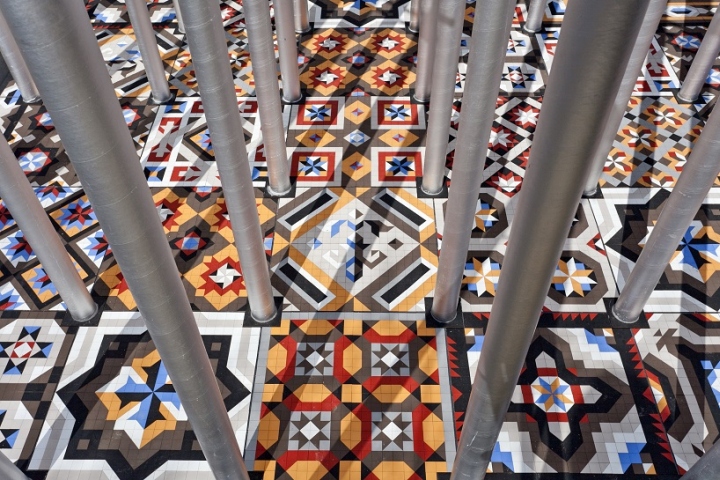 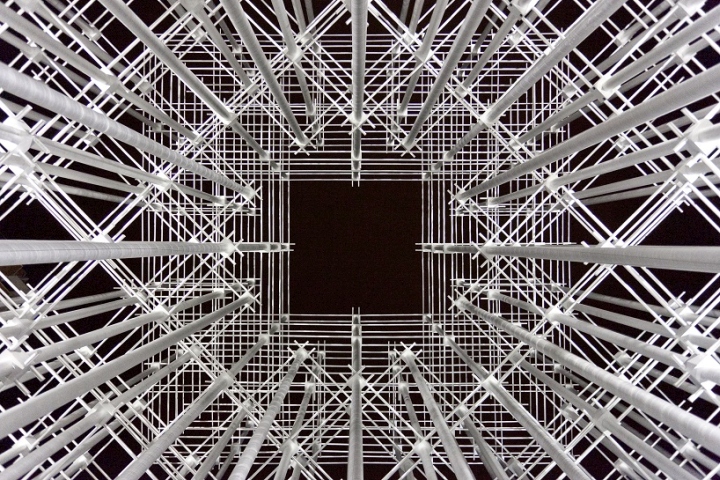