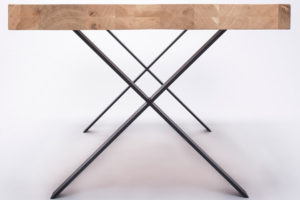 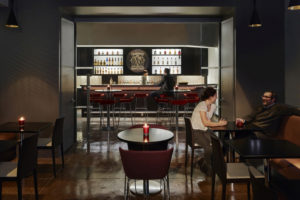 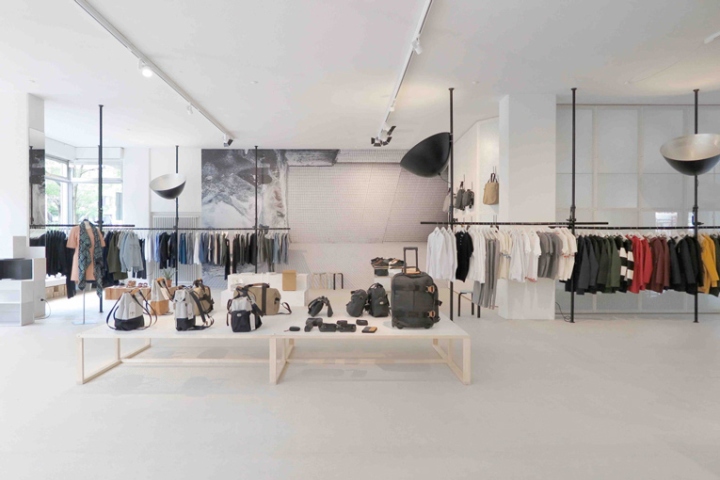 Swiss bag maker QWSTION returns to the very same spot in in Zurich’s happening Kreis 4 neighbourhood where it previously opened a pop-up concept store, but now it’s here to stay for good. Situated on the ground floor of a modern office building better known as Domahaus, the store is spacious and expansive floor-to-ceiling windows allow in floods of daylight that give the premises a wonderful airy feel. Called QWSTION Invites, it features a shop interior of subtle understatement, achieved through a mixture of well-picked materials and furnishings. At the very base of this aesthetic is the building itself: rendered into a whitewashed canvas of sorts, while a series of minimal interventions add a visual layer that provides interesting spatial perspectives when moving around the store. The store has a largely versatile configuration, featuring many a custom-made furnishing on wheels. Lighting is another aspect which has deservedly been given special attenttion with plenty of ceiling spotlights and a number of more decorative saucer lamps. QWSTION Invites is once again set up as a concept store, featuring more that just QWSTION’s sought-after range of men’s and women’s bags. A new effort has been made to provide shoppers with a curated collection of contemporrary lifestyle goods, ranging from apparel and shoes, to accessories, books and even furniture pieces. Currently on the brand list are coveted names, such as a kind of Guise, R.T.Co, New Tendency, Juniper Ridge and Stutterheim. And as its name already implies, QQWSTION Invites aims to provide a platform to young designers to show their own products to a wide audience, and Swiss talent Damian Fopp is the very first to do so. 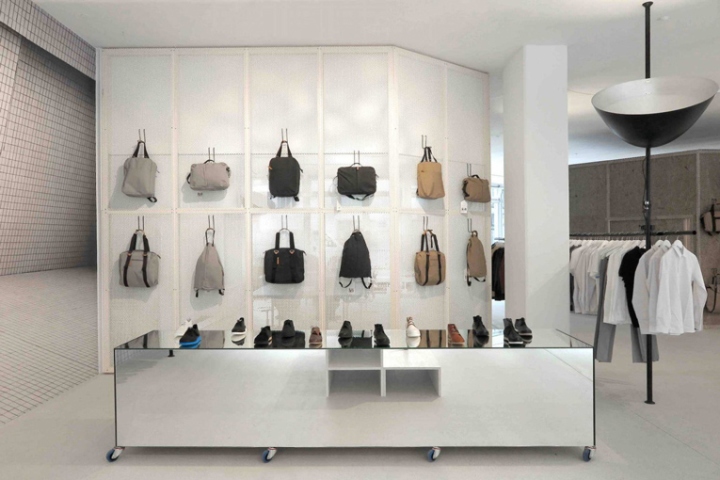 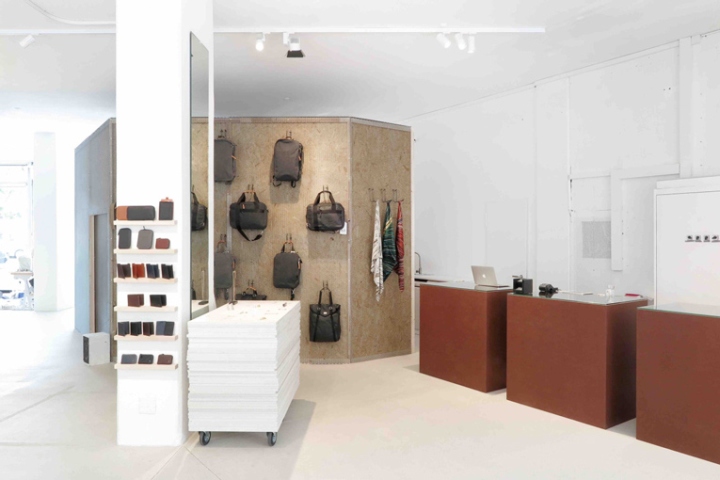 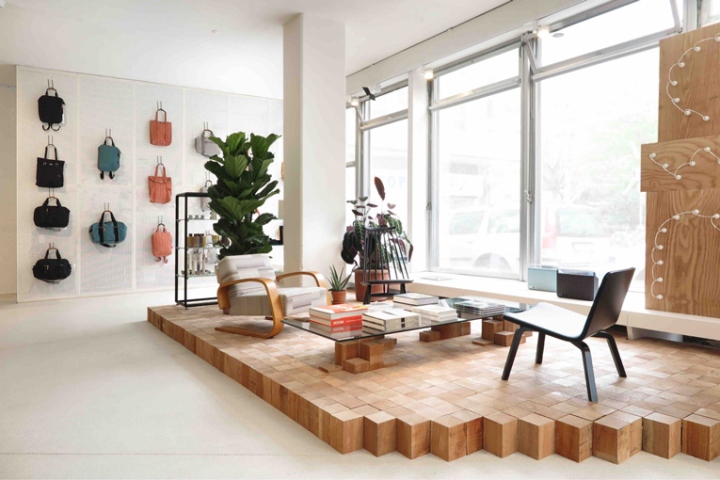 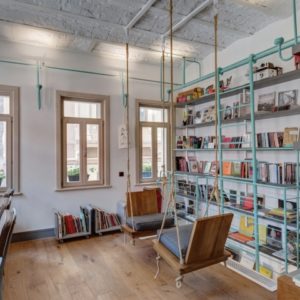 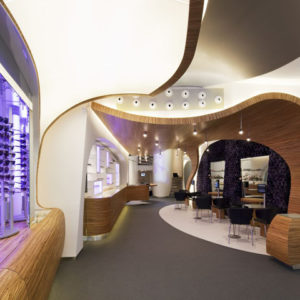 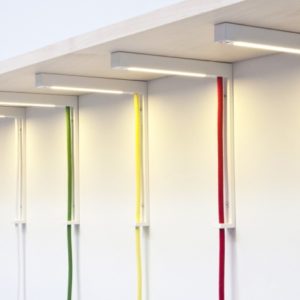 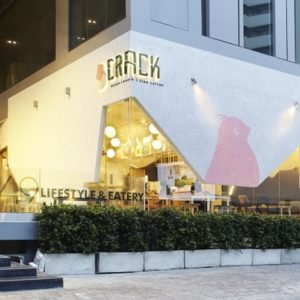