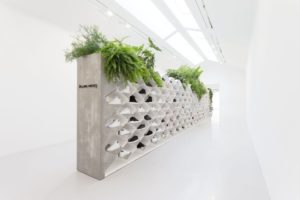 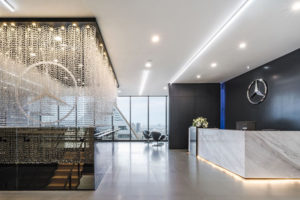 These new images of the Peter Zumthor-designed Zinc Mine Museum were taken by Barcelona-based photographer Aldo Amoretti during a winter trip to southern Norway. Zumthor designed a series of buildings for the site of the former Allmannajuvet zinc mines in Sauda, and they opened to the public for the first time in late 2016. Amoretti visited the museum during November 2016, shortly after the opening. He created his images of the three buildings over four days, using a Canon 5DS camera with a tilt and shift lens, which helps to avoid perspective distortion. The museum’s services are split across different buildings, minimising the visual impact on the picturesque site. Wooden legs create level footings for the blocks, which host a cafe, administration offices and an exhibition space dedicated to mining history. Timber supports elevate the cafe and exhibition above the rocky landscape, while the service building hangs from the side of a stone wall. The timber framework extends up the black outer walls to raise a mono-pitched corrugated zinc roof above each of the blocks. Inside the museum, mining artefacts including old signage and shovels are spotlit within pitch-black display niches. The angular walls and ceiling of the space are textured with linear markings that appear to reference the cuts made into stone to extract zinc. Zumthor is said to have wanted his buildings to reference the “drudgery” and “strenuous everyday lives” of miners who worked on the site between 1882 and 1898. The Zinc Mine Museum is now a stop on the Ryfylke National Tourist Route – one of the 18 tourist trails that twist through Norway’s landscapes of fjords, islands, cliffs and boulder fields. Zumthor also worked with the late artist Louise Bourgeois on a stop off point for another of Norway’s National Tourist Routes. The Steilneset Memorial commemorates suspected witches, who were burned at the stake on the site during the 17th century. This image set of the Zinc Mine Museum won Amoretti the popular choice award in the photography category of Architizer’s A+Awards 2017. 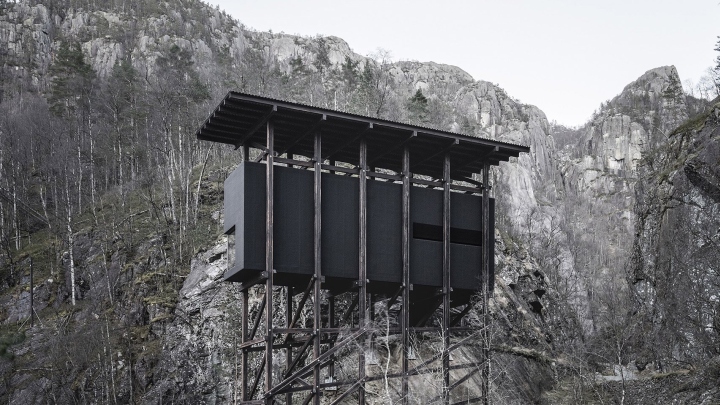 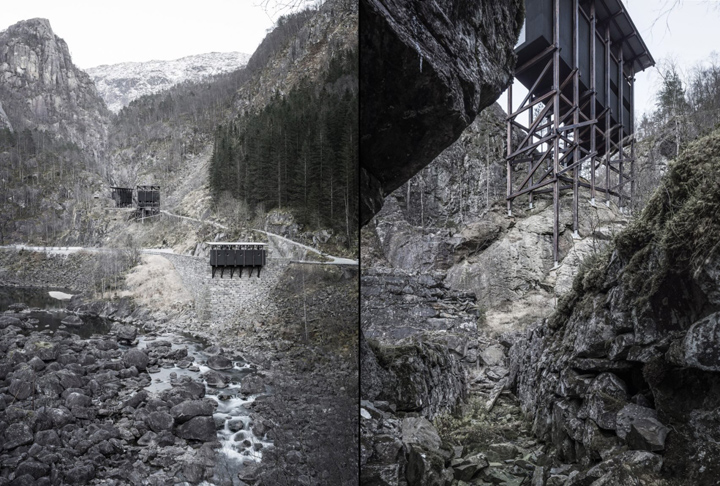 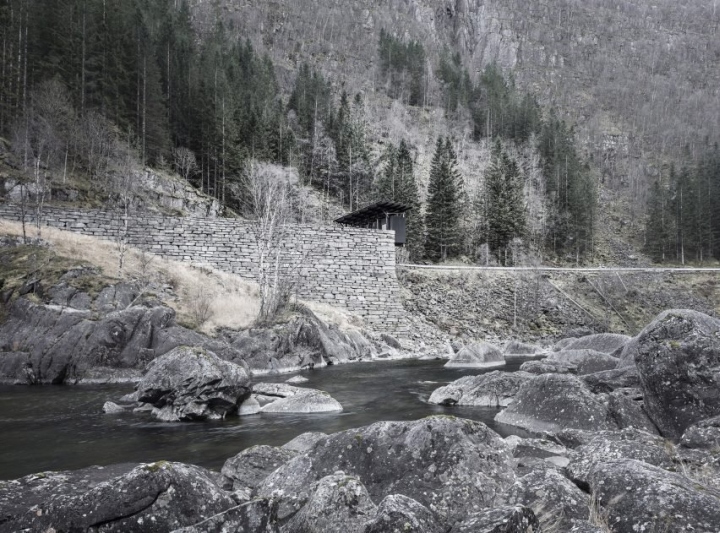 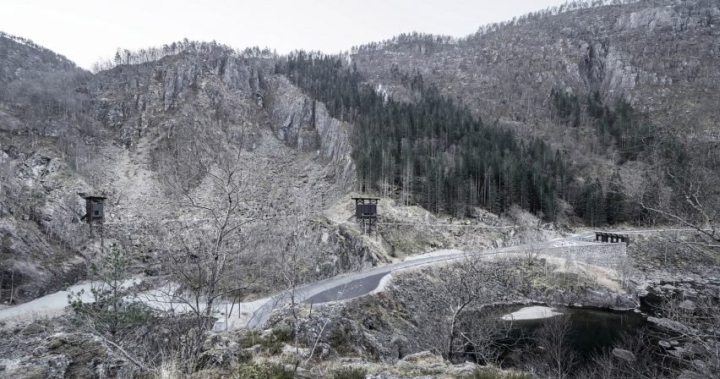 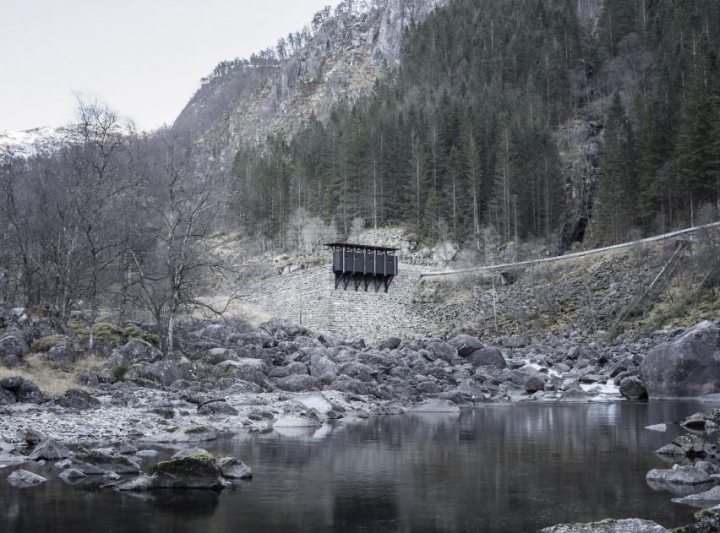 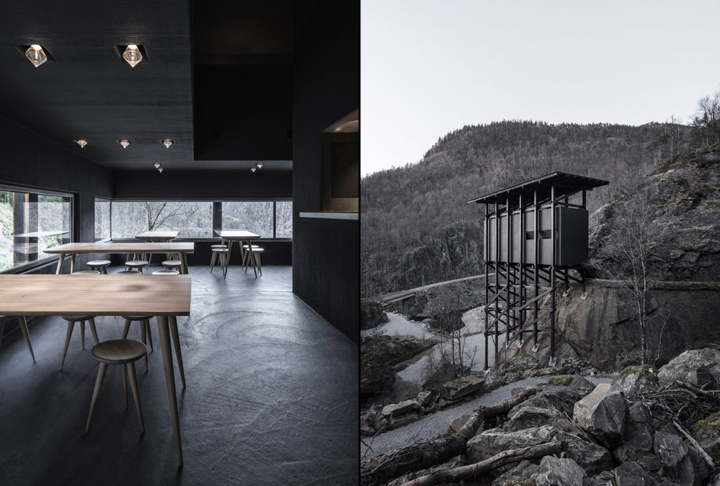 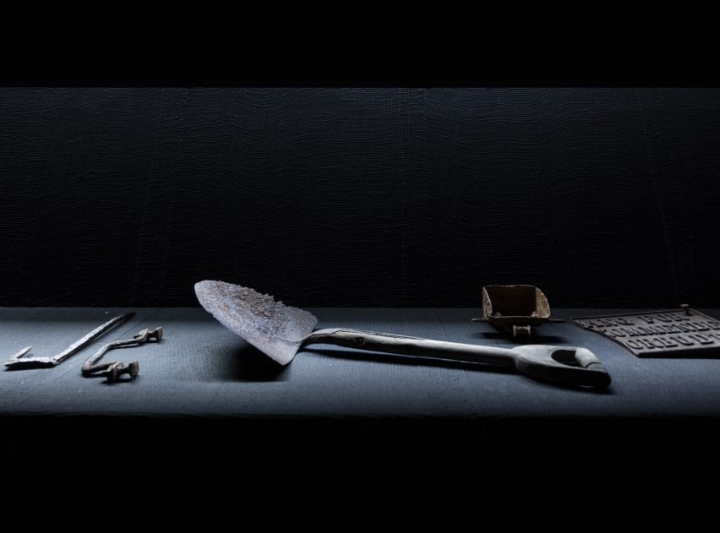 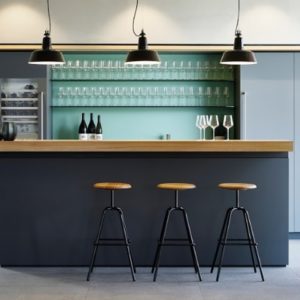 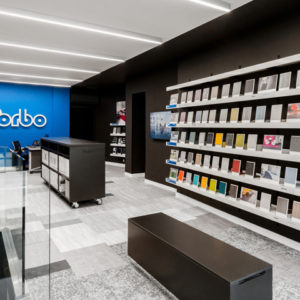 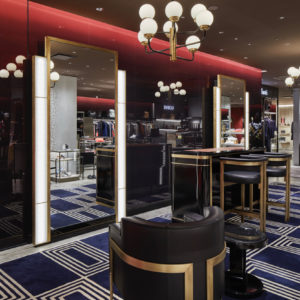 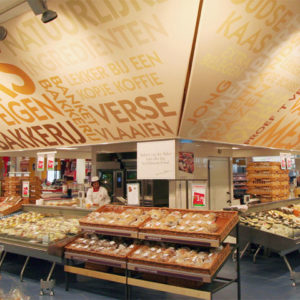