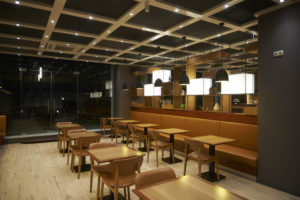 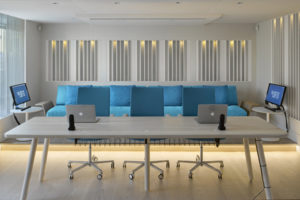 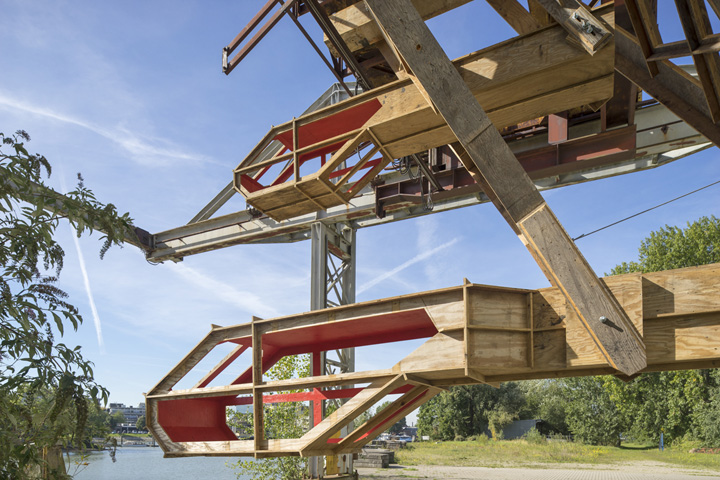 Studio Frank Havermans creates the sculptural installation KAPKAR/DY-K92 as a testament to the local heritage of Dordrecht, Netherlands. The installation is suspended from a disused crane between the building – Biesbosch Hall – and the water’s edge. As the last standing relic of the former shipyard, Havermans believes the structure is a crucial element in maintaining the area’s industrial character, which is currently undergoing drastic transformation into a residential district. The project encourages a grander vision for an alternative architectural approach, where the development of small scale interventions could be used to accommodate housing. The unrestored hall is the current exhibition space for Dordtyart, a contemporary art institute with a passion for spatial art. KAPKAR/DY-K92 makes a proposal for the construction of small scale architectural interventions within Biesbosch Hall. By translating the historic functions of the site into sculptural forms awareness of its importance is generated with the hopes of preventing the building’s destruction. Inspiration was not only taken from the local shipyard but also from other industrialised machines such as Crane-92 – an immense mobile harbour crane – which influenced the overall aesthetic of the intervention. ‘The construction, being a tough piece of engineering, exists as a helpless object but is still loaded with character. By adding a contemporary architectural element to the crane it gets loaded by new function and meaning,’ Havermans explains. With its angled arms the plywood structure appears to be in movement drawing towards the water’s edge, bringing with it a glimpse of how the area may have been used during its peak shipyard days. 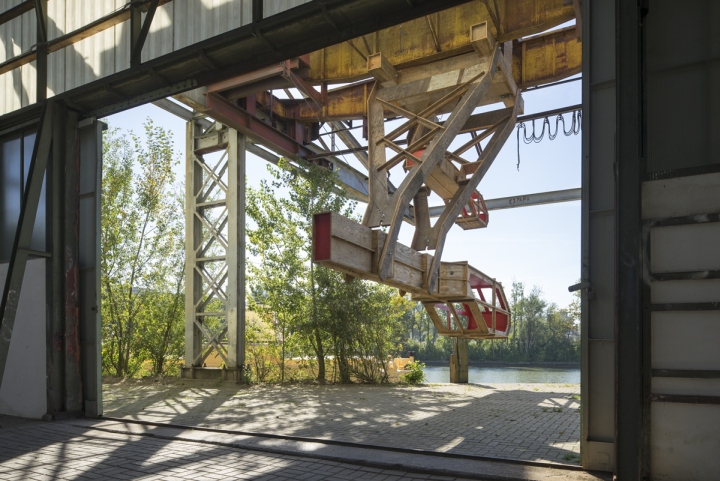 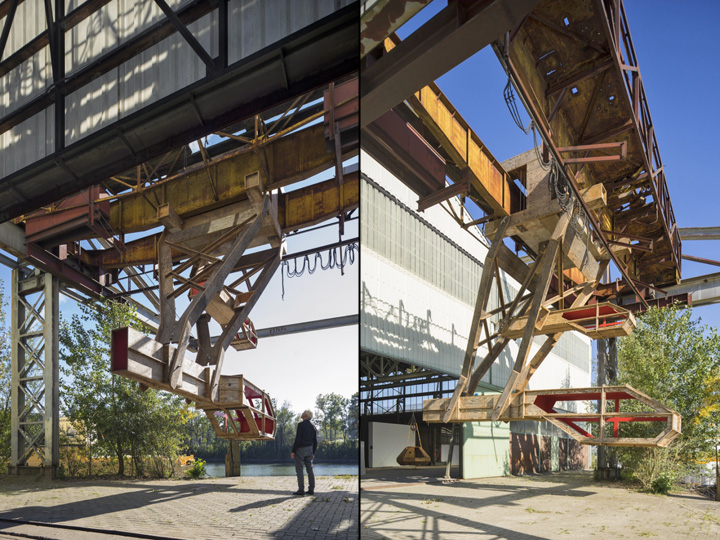 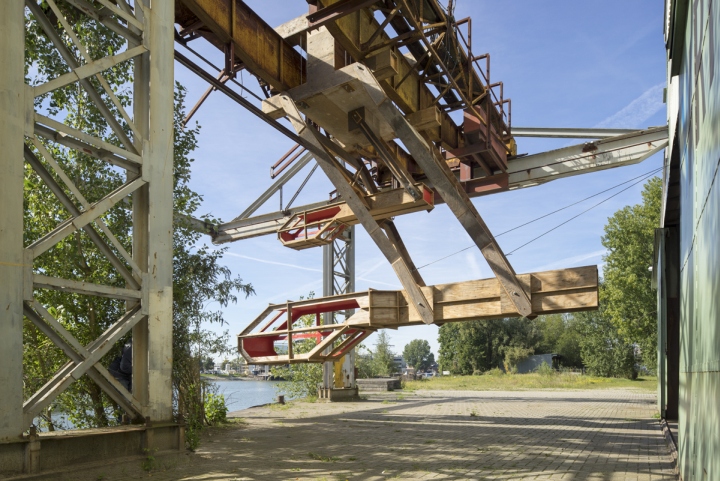 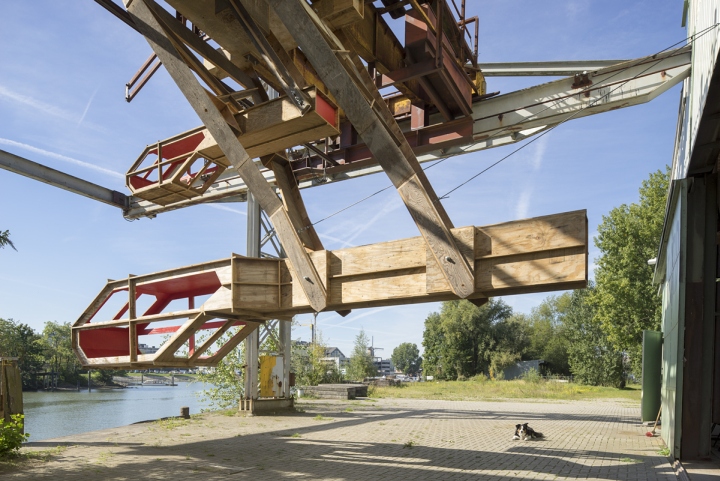 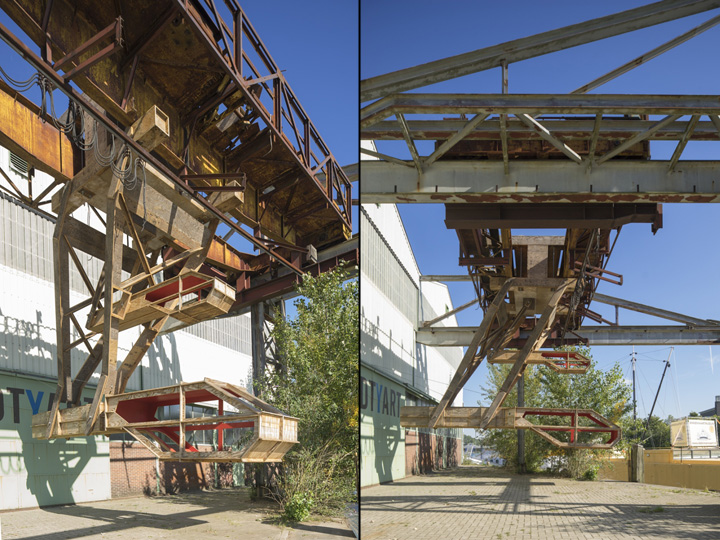 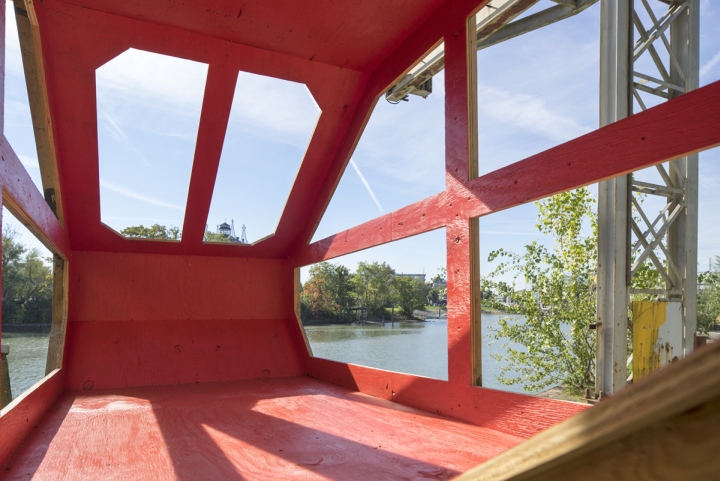 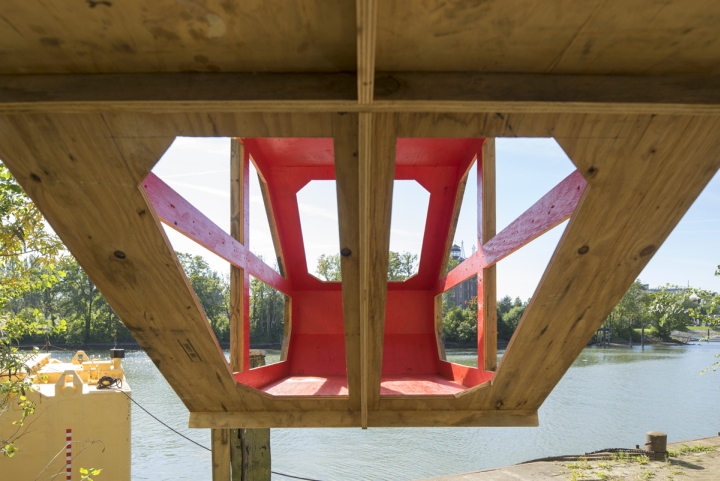 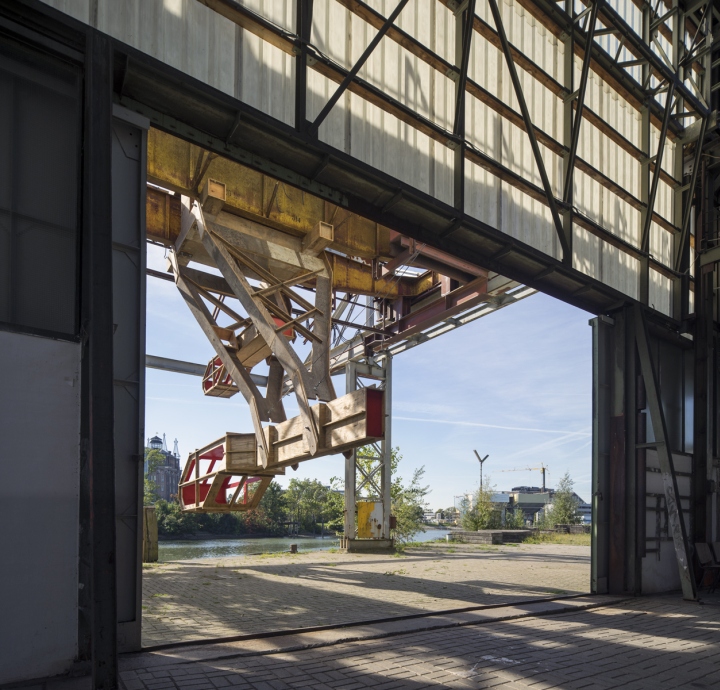 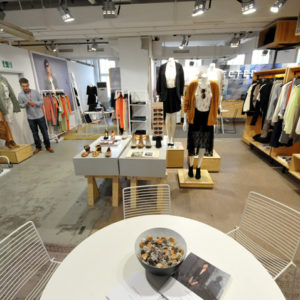 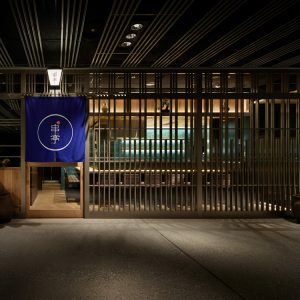 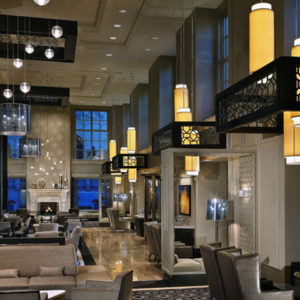 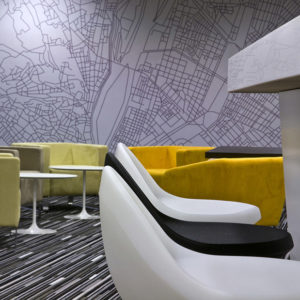