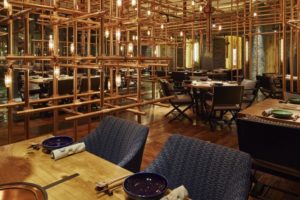 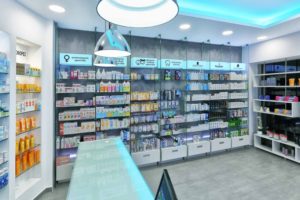 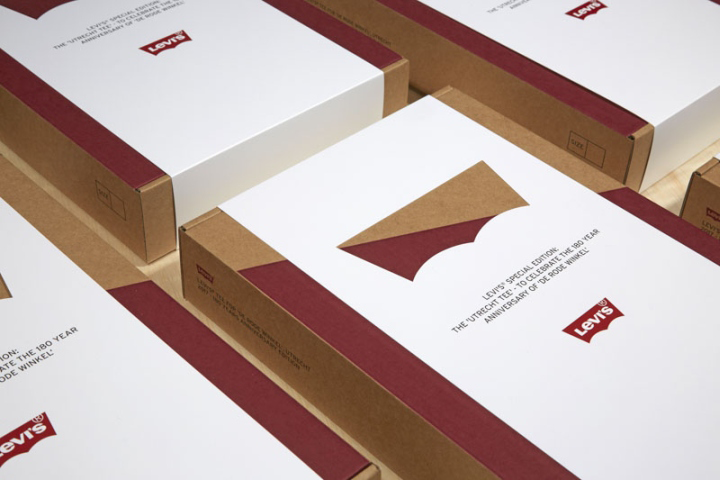 In Utrecht, in the same location as company De Rode Winkel opened its doors in 1837, the sixth generation of the Broekman family now reopened this iconic store. This new generation of jeans enthusiasts wants to honour their family’s legacy, while adding some of their fresh expertise. De Rode Winkel has been a denim-wonderland since its starting days, and that hasn’t changed after the thorough renovation. In addition, De Rode Winkel is working with jeans brands to coproduce limited edition items, like the Levi’s® “Utrecht” shirt. The T-shirt, that will be sold in De Rode Winkel exclusively, pays homage to the company’s hometown, but also to the 180 years of denim-draped heritage these pioneers have built up. We designed the tee’s box in close collaboration with Levi’s®. The diagonal division of the batwing subtly links to Utrecht’s civic crest, while giving the package a clean, contemporary look. As a finishing touch, the cardboard box is enclosed by a premium sleeve that’ll have receivers of this package eager to peek inside. This collaboration between Levi’s®, De Rode Winkel and frankagterberg/bca is one our founder in particular will never forget. A long time ago, before Frank Agterberg became the head of your favourite rock “n” roll agency, he was just a Dutch kid living in the city of Utrecht. Guess where he went to buy his very first Levi’s® 501? And for that, we wish you a happy 180th birthday, De Rode Winkel! 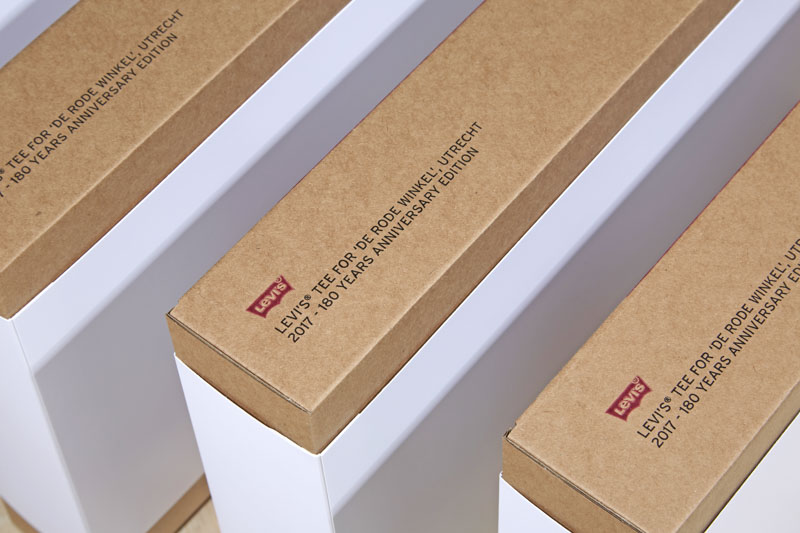 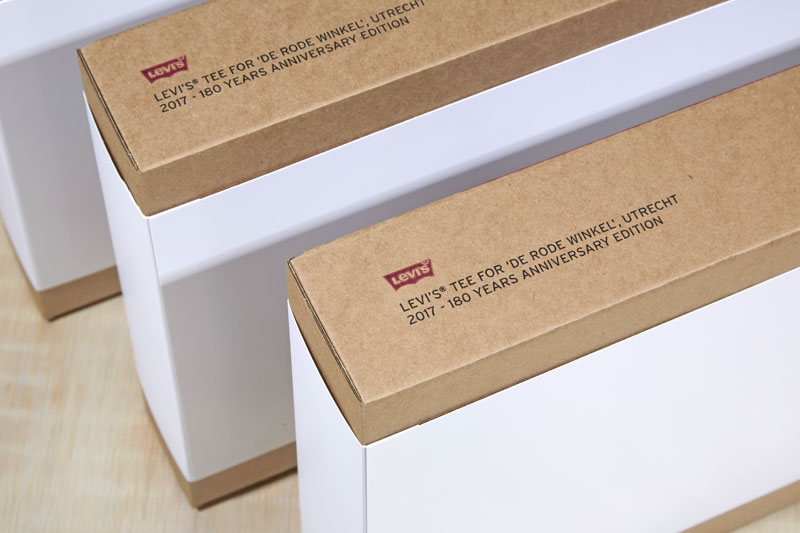 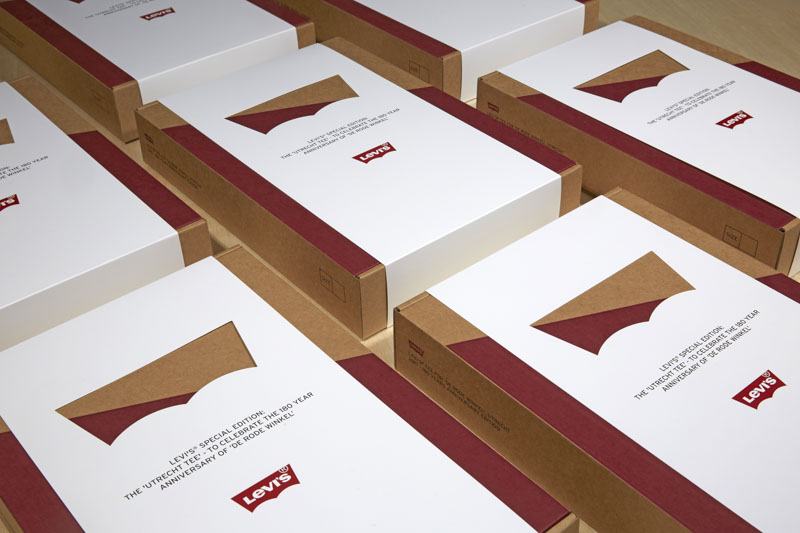 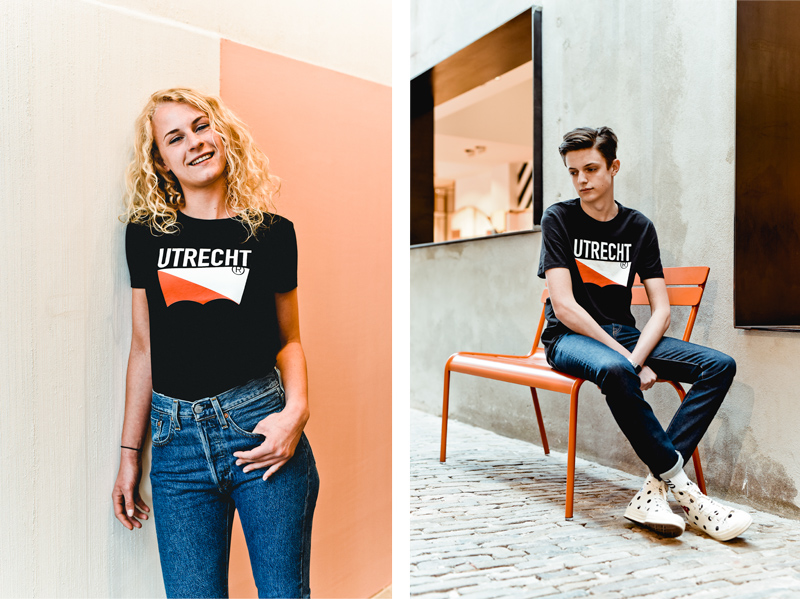 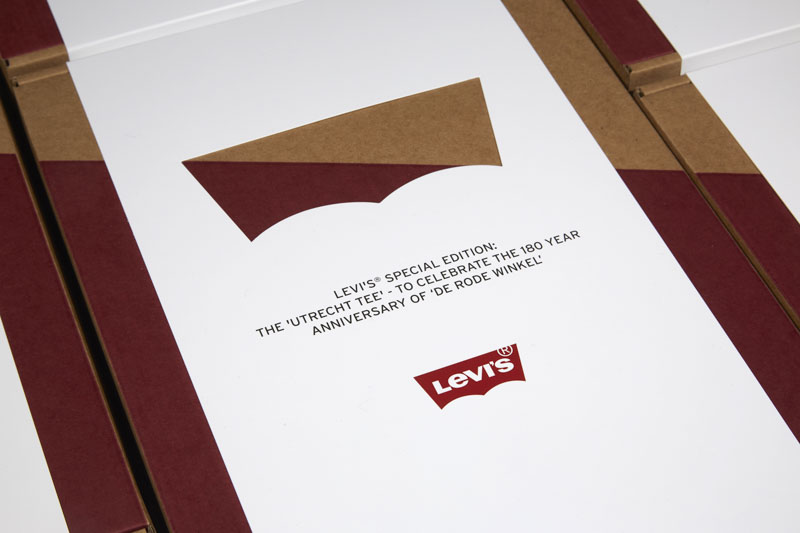 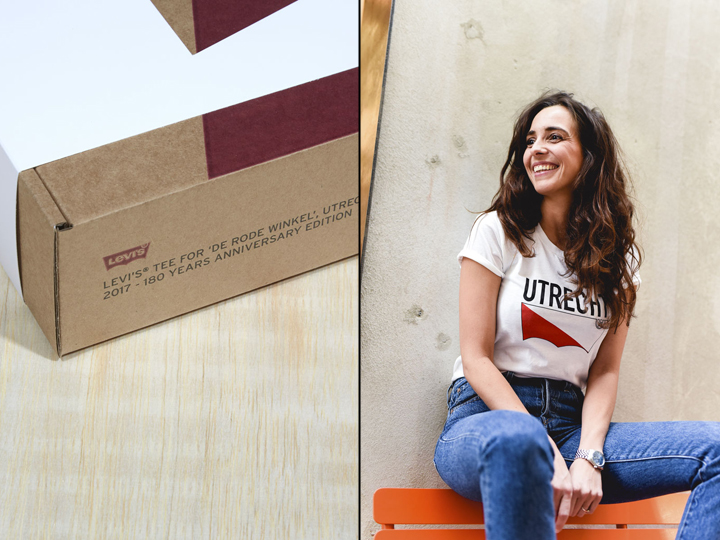 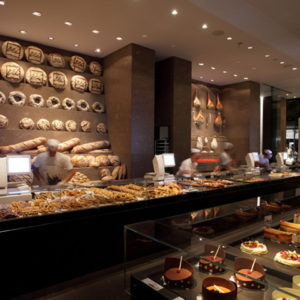 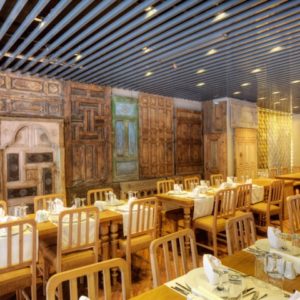 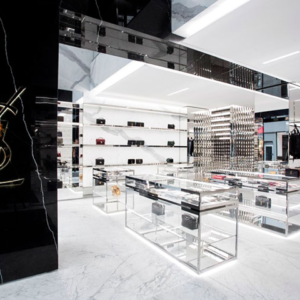 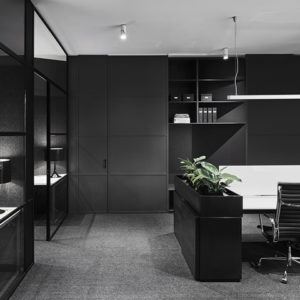