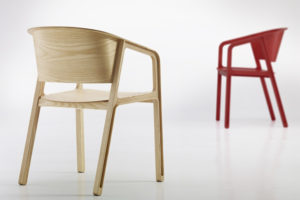 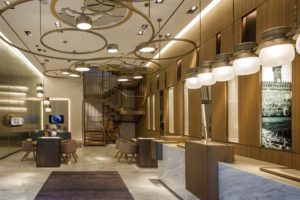 Heike Store by AN, Hangzhou – China 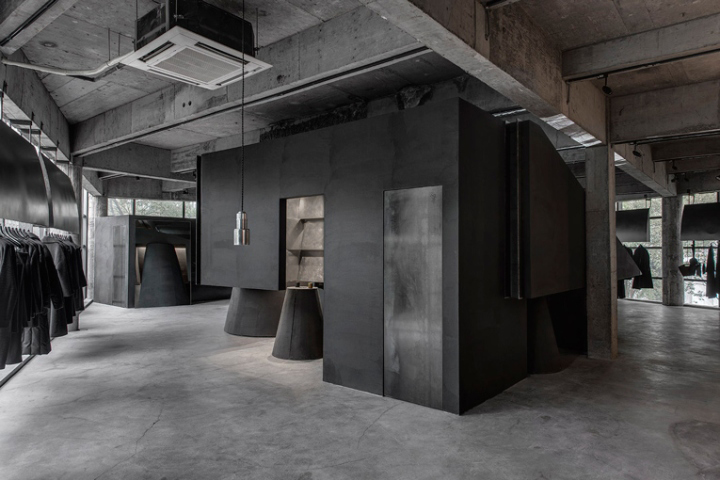 The soaring emergence of China’s middle class has greatly boosted the quality and diversity of retail in its leading cities, but it’s now gaining new momentum with improved offerings in a number of second-tier urban hubs such as Hangzhou. Situated only 45 minutes away from Shanghai by high-speed train, it’s isn’t surprising that big-city sophistication easily takes root here, and this has undoubtedly contributed to the opening of a rather stunning new store in the Hangzhou’s Binjiang neighbourhood. Known as Heike, named after the eponymous local clothing label it exclusively stocks, the boutique occupies a lofty, 200 sqm. [2,153 sq.ft.] space on the third floor of a modern building, and quite peculiarly, shoppers are required to first traverse the premises of a regular furniture shop below, before reaching it by way of a discreet narrow staircase. The austere yet somewhat futuristic interior design of Heike, created by local design practice AN, cleverly uses the building’s bare concrete shell with its roster of beams and pillars as a backdrop. Atop the staircase, a sloped and angular structure of wood and metal has been added, playfully upheld by conical pillars and providing ample space for a fitting room, storage and semi-secluded retreat for shop staff. The store is wrapped in glass on three sides, and along the entire length apparel items are showcased on clothing racks, suspended right below similar rows of back-lit panels. Mounted on the back wall are chunky architectural lamps that provide the same light effect. Aiming to be a place of social gathering as well, Heike also features a separate booth structure accommodating a small bar. 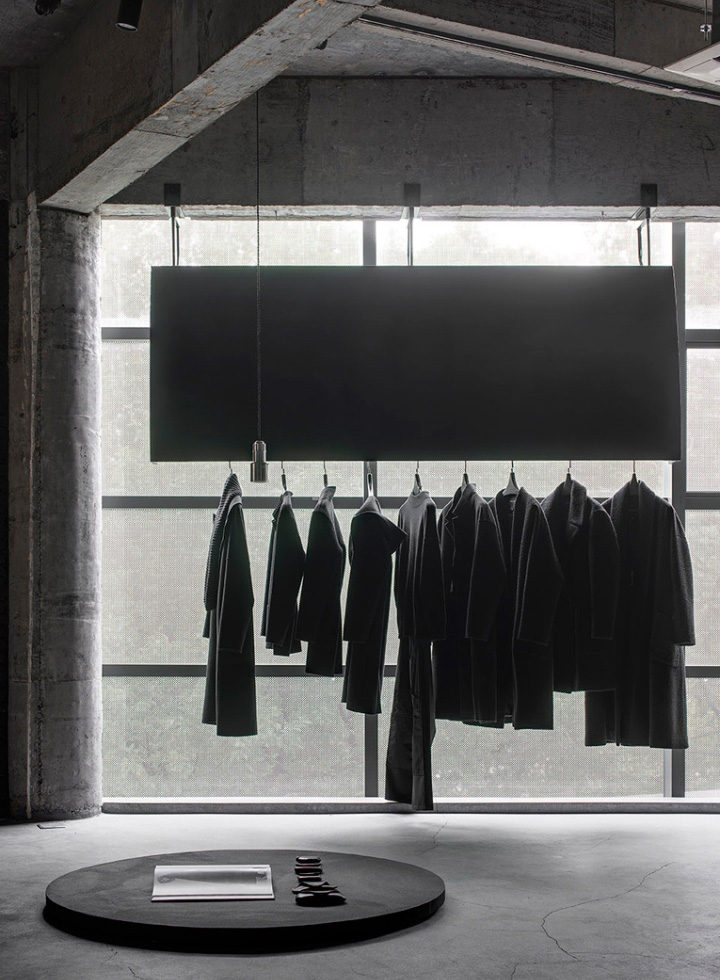 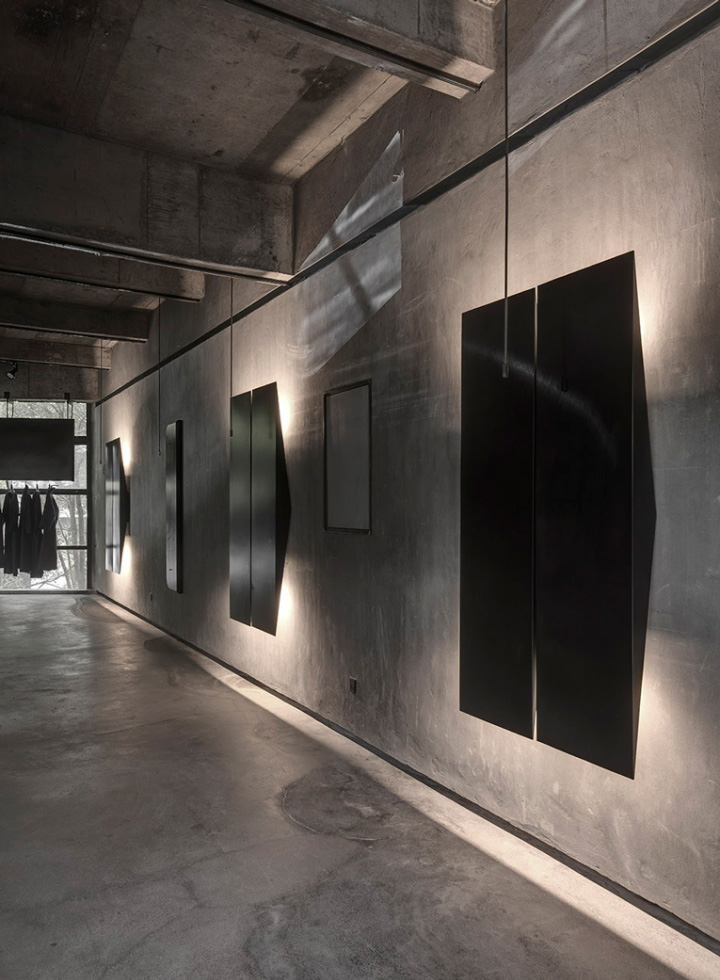 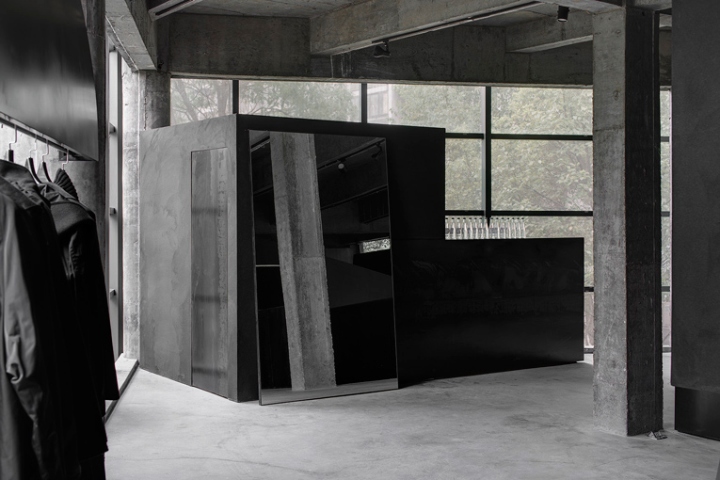 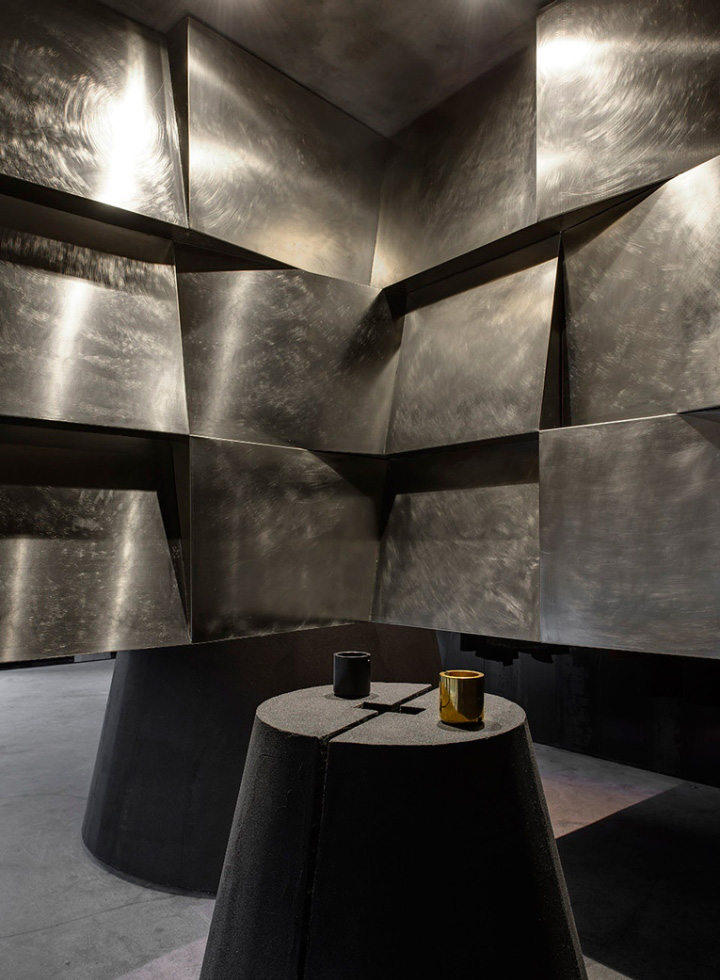 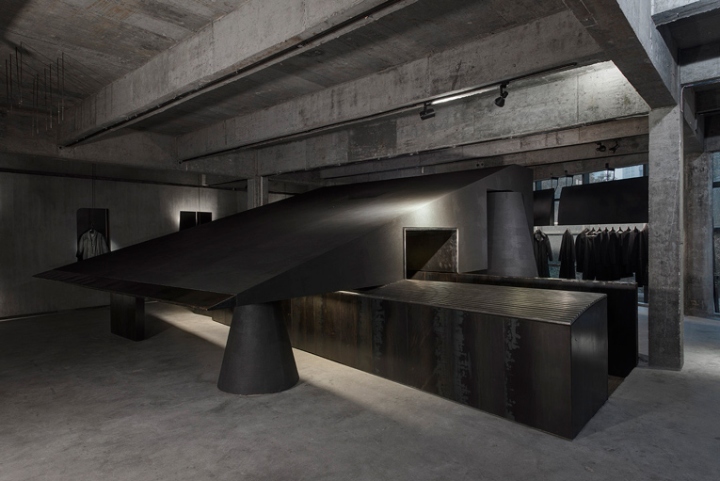 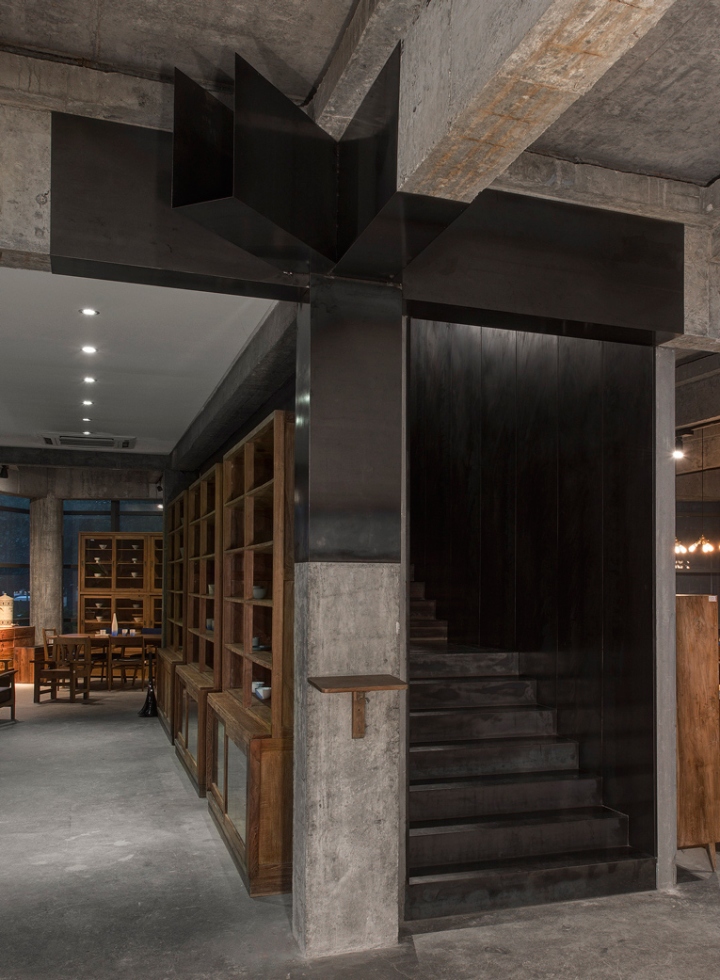 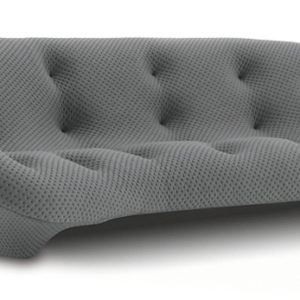 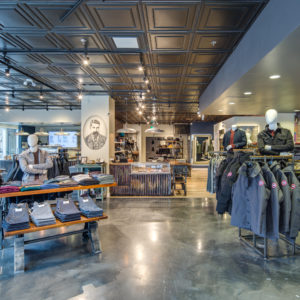 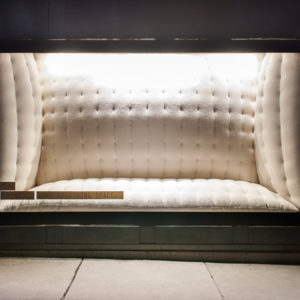 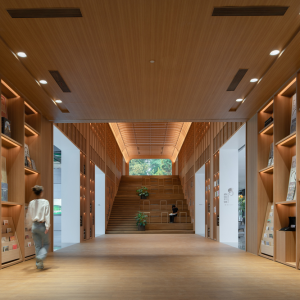