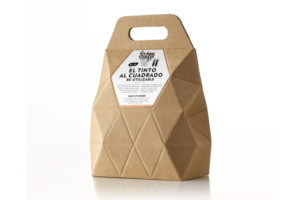 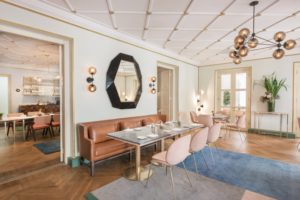 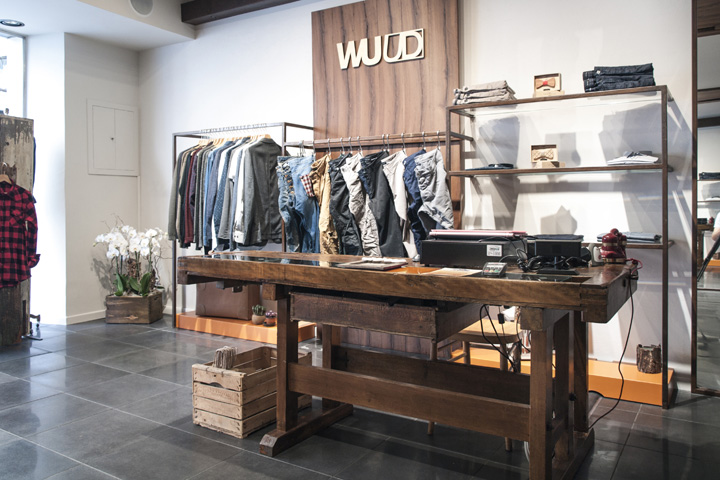 WUUD is a petit shop for women and men’s wear located in Faenza, Italy, and designed by local creative studio ragodesign+. The small shop named misspelling the word wood, and that it’s logo graphically enhances the letters UD that stand for uomo/donna (man/woman), from the beginning guided the layout towards the use of warm and worn materials, such as it’s wood walls, shelves and ceiling, made out of recovered oak beams, and acid rusted iron tubes. The light gray textured walls were treated to give a satin touch using scratched lime paint, while the visuals use ancient and painted worn blinds that make up wing between the shop windows and the rest of the space. In place of the counter an old carpenter’s work table on which glass display cases were obtained. The ceiling has a story on it’s own, from which a big root breaks through, suggesting a tree might be growing through the above apartments, as a small animated picture projected in the shop illustrates. As far as the project, says the designer Robert Rago, the client, very young and with a short deadline and tight budget, gave me total freedom, although being very firm in which direction the interior should’ve gone. This made it possible to follow other aspects of the store as well, such as the branding, the visuals and it’s communication. At the end the feeling is for a young, minimalist, warm and eco friendly environment, where new Italian-made brands are displayed together with wooden made accessories that come full circle. 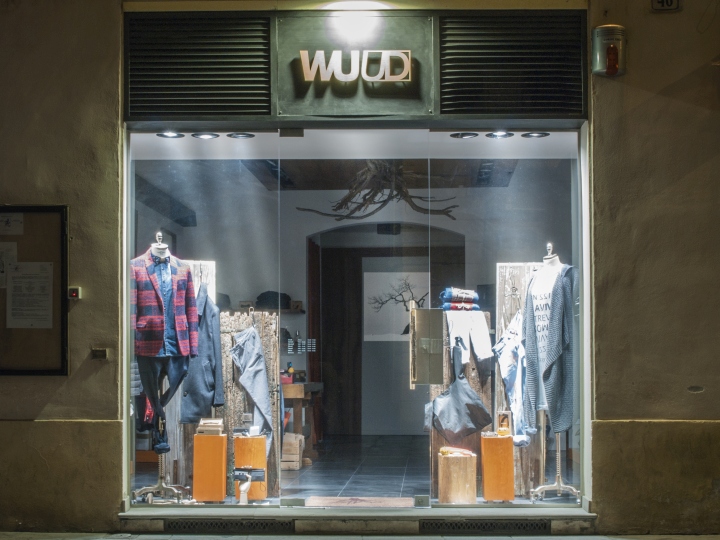 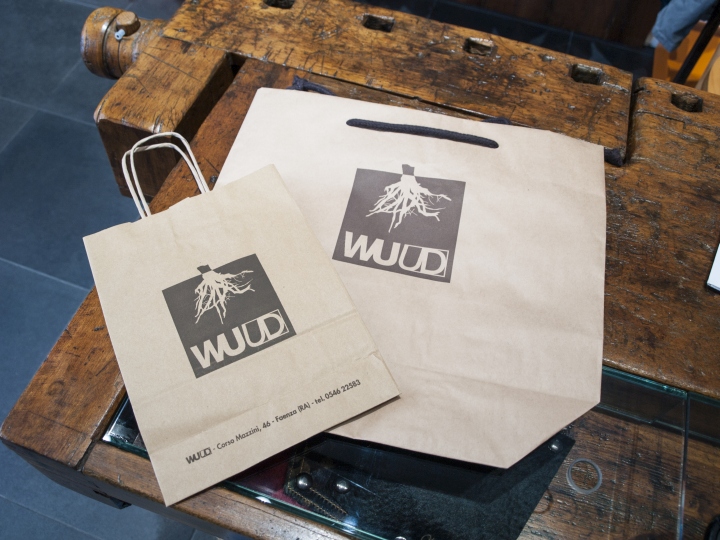 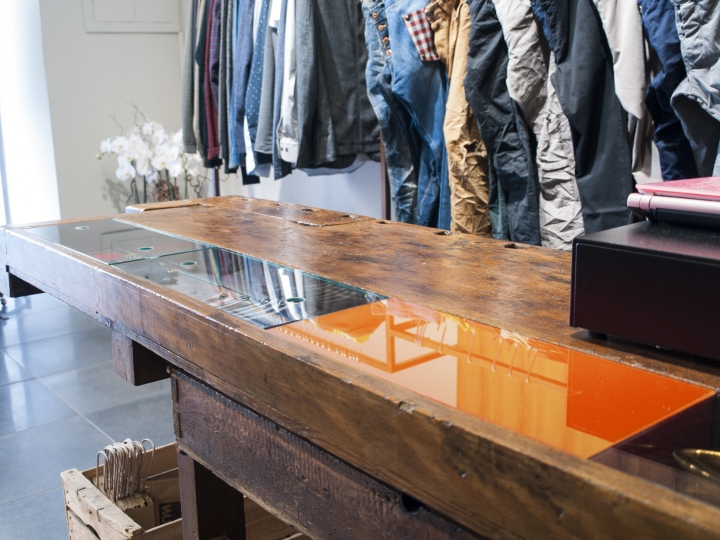 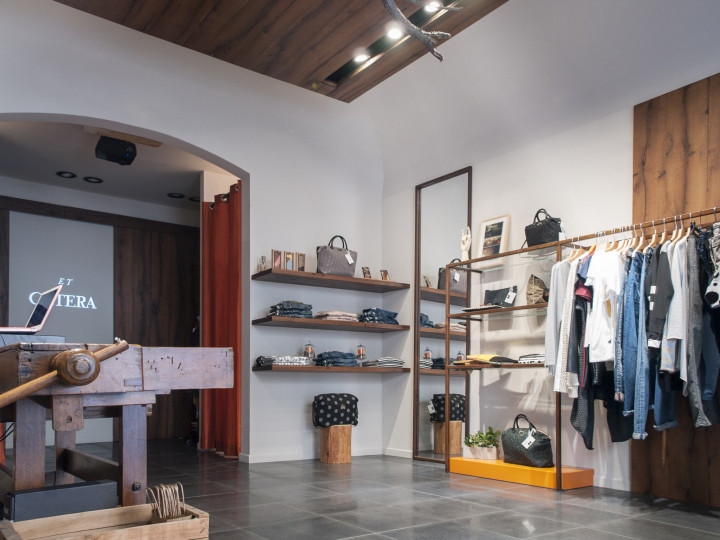 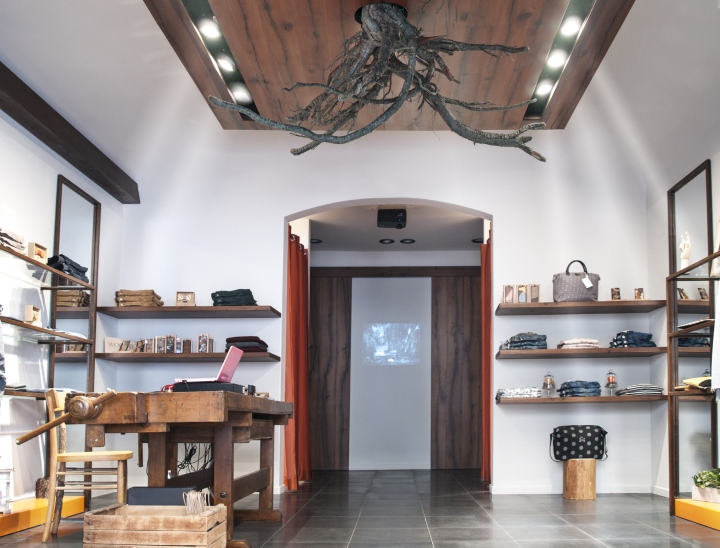 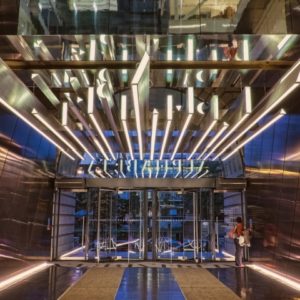 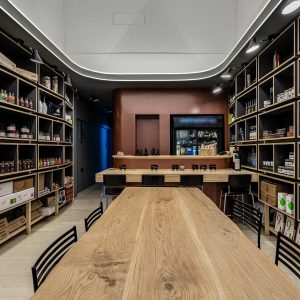 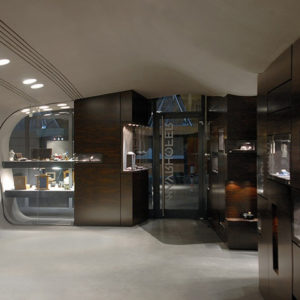 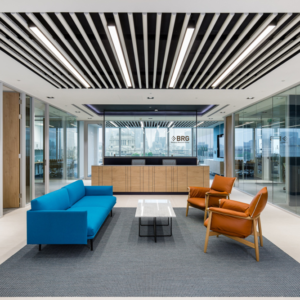