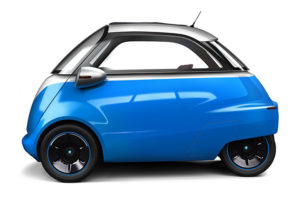 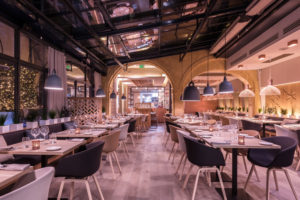 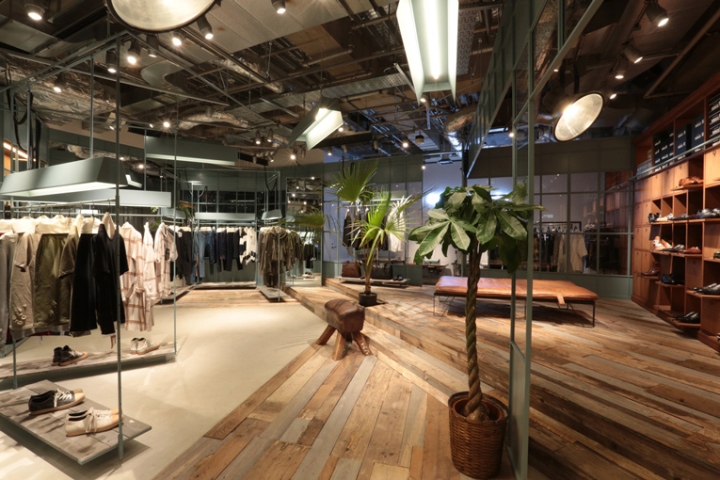 Japanese designer Yasuhiro Mihara first launched an eponymous footwear line in 1994, and quickly gained the limelight with a style that could be best described as innovative and forward. The shoe eventually brand gained a growing global following under the Miharayasuhiro Moniker, and meanwhile other collections were launched that would make it a full-fledged fashion brand. Earlier this year, the label has been rebranded as Maison Mihara Yasuhiro to signal a new creative trajectory that will maximize its brand values. Marking the kick-off is a new flagship store at Omotesando Hills, an upscale mall in the heart of Tokyo. The retail space measures a sizeable 179 sqm. [1,927 sq.ft.], and is situated in the basement section of the venue’s main building. As a flagship store and symbol of a major reboot, Maison Mihara Yasuhiro has obviously intended to make a true retail statement, and to accomplish this, a young and designer called Yosuke Kamimoto was enlisted. The aesthetic of the store takes cues from a hybrid mash-up of elements and ideas, but most notably the specific aesthetic that Mihara encountered at old factories in rural Germany and Italy, and also Burlington Arcade, a glass-covered shopping arcade from the early 19th century in London’s Mayfair district. The store unit is encased by steel and glass paneling – it’s also used inside as partitions – matching wonderfully well with an exposed concrete ceiling and a myriad of utility pipes. Repurposed cedar wood is used as flooring, adding aged character to the setting, and is paired with an expansive timber shelving system on an elevated section, covering the entire back wall. Furnishings are sparse, comprising of sleek, moveable clothing racks and a handful of vintage-inspired props and lush plants that add a homey touch. The new Maison Mihara Yasuhiro store stocks men’s and women’s items of the following lines: Maison Mihara Yasuhiro, Miharayasuhiro, Mihara Yasuhiro business and Mihara Yasuhiro modified. 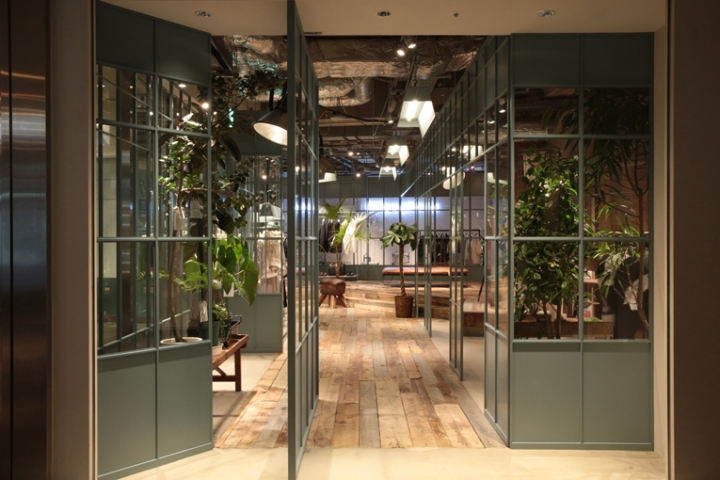 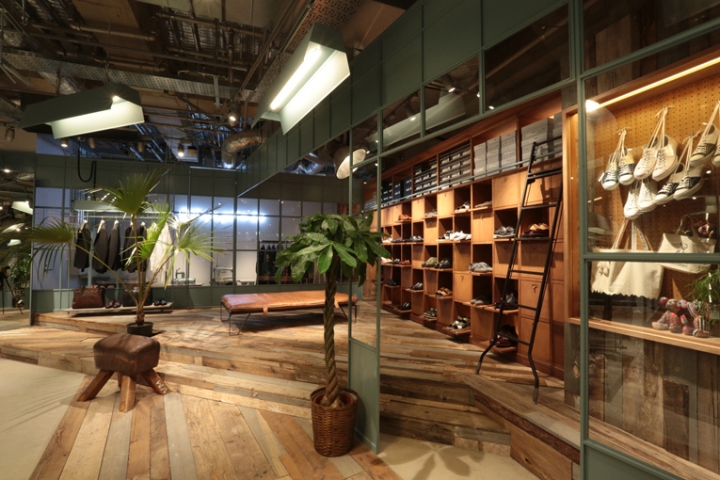 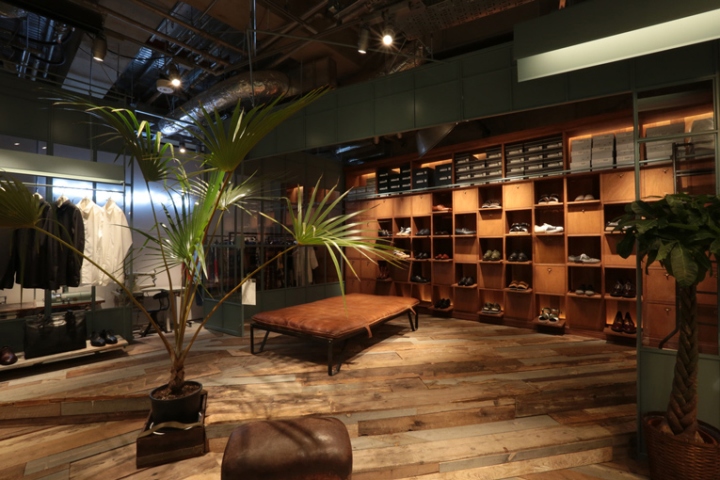 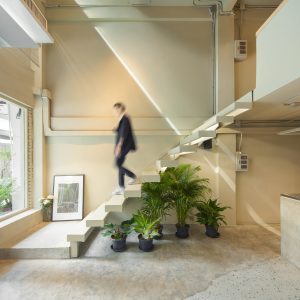 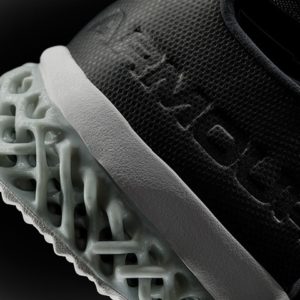 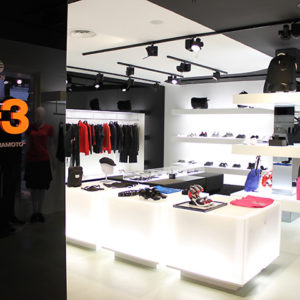 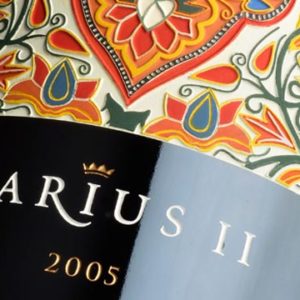