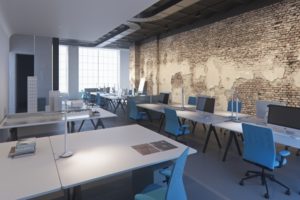 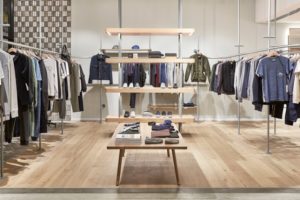 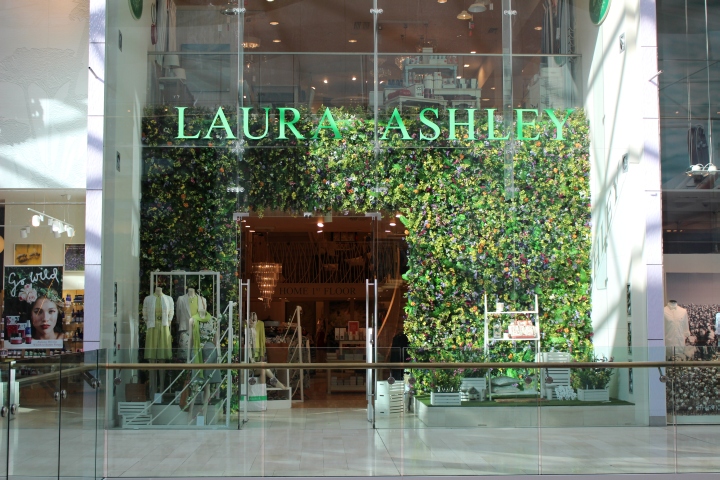 The concept was to recreate a beautiful wild meadow of flowers in all stores, the team came up with the idea of reusing existing props, which Hello Flamingo had made for the previous window scheme for Laura Ashley. We are trying our best here to recycle or reuse wherever possible and are encouraging clients to do the same, it’s better for the environment and cost effective too! The original ‘sails’ and crates which were produced for the stores, made from timber structures to thread rope and fabric onto them, had the fabric and/or rope removed and were replaced with artificial flowers – this was then rolled out across the UK to 65 Laura Ashley stores and two stores in Paris. The main showcase for the Wild Meadow scheme was the Westfield, London store window, which is a massive 8m w x 5m h. It was made up of large panels covered in hundreds of artificial wild flowers, greenery and moss. Giving a feeling of a real meadow. The props used in the rollout were also incorporated into the display. 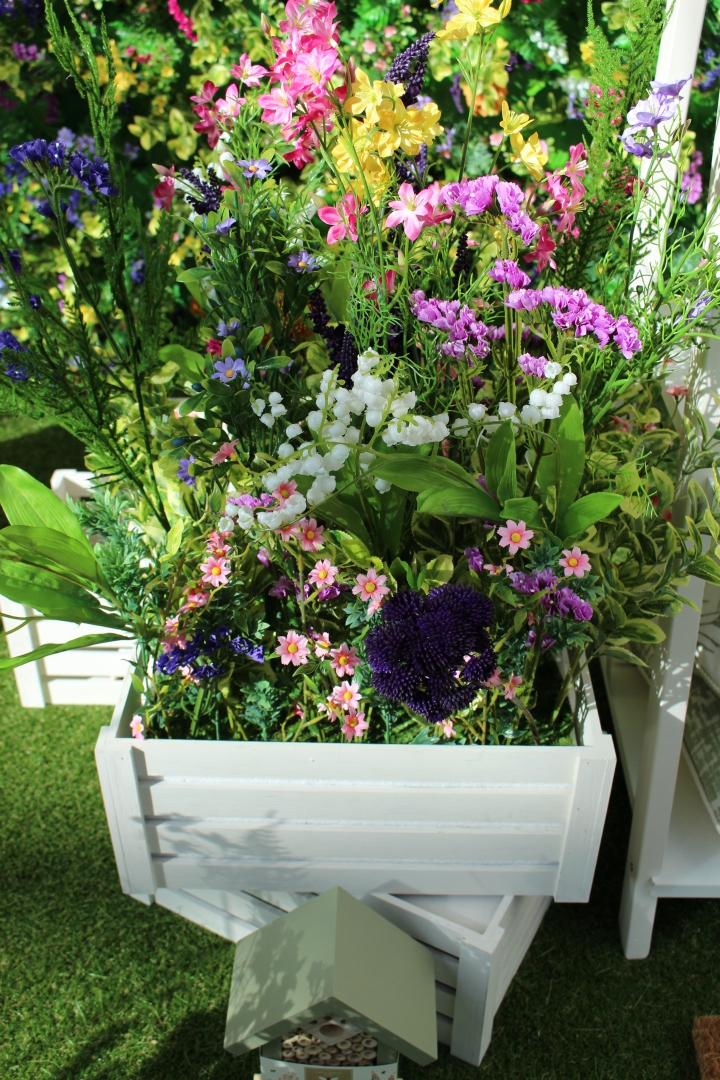 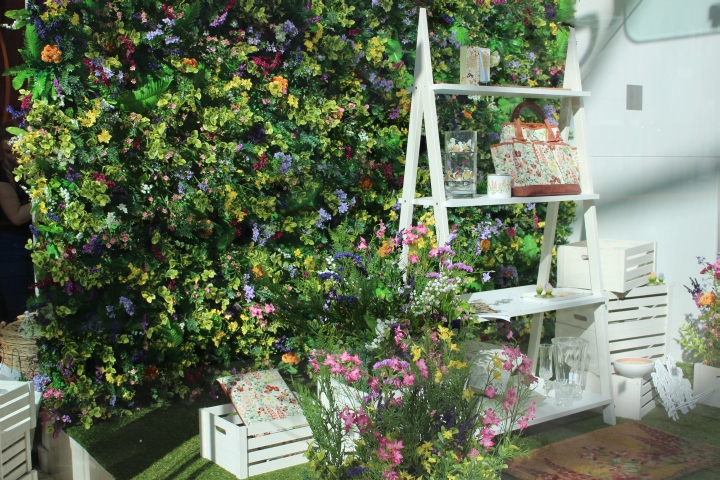 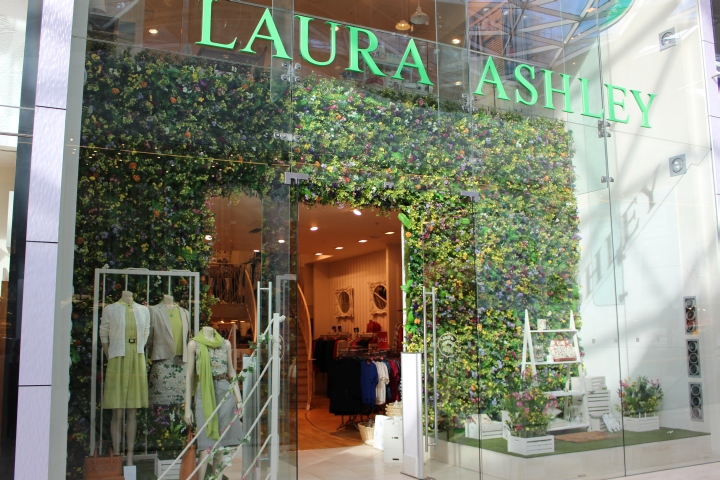 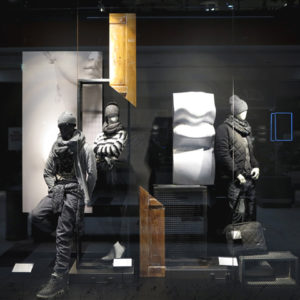 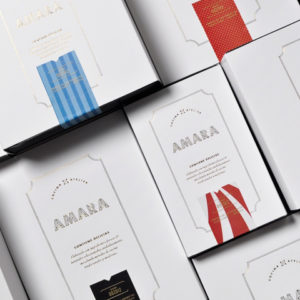 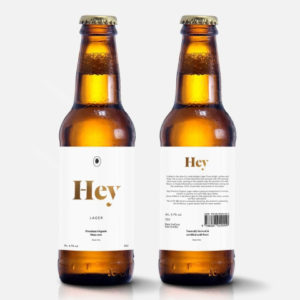 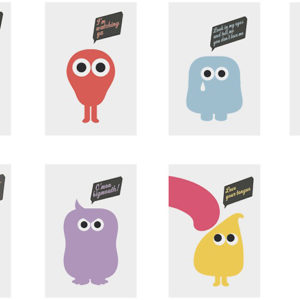