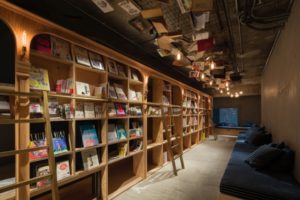 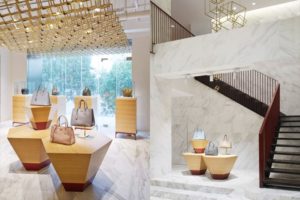 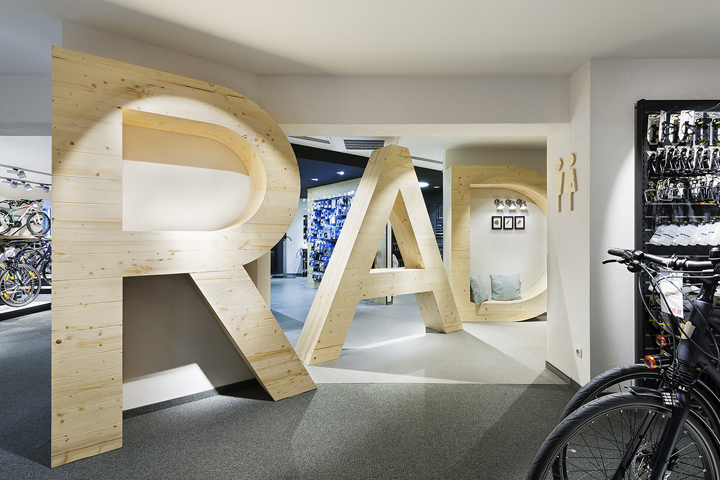 At the beginning of March, Intersport Klöpping opened its doors following a brief period of rebuilding. On around 1400 square metres, the sports giant in Jessen shows that creative ideas, a dose of courage and a relatively small budget are enough to create a great shopping experience. Konrad Knoblauch GmbH supported the retailer on their unusual path. Following the opening of an Intersport Klöpping store in 2011 in Lutherstadt Wittenberg, the original store in Jessen has now been renovated. Already in Wittenberg, the developers showed sensitivity for the existing structure and took the often difficult conditions of the aging warehouse in their stride. 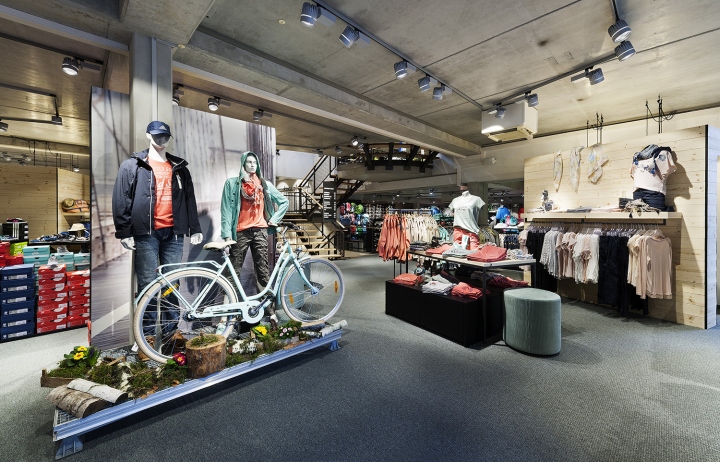 In Jessen, they also proceeded cautiously and with the budget in mind. The existing exposed concrete and white bricks were integrated into the new concept and so were some eighty percent of the existing furniture. Knoblauch’s designers skilfully combined the old materials with new elements. The concept of the three-story sports store is simple and modular, allowing the retailer and its team to carry out the majority of the conversion themselves. 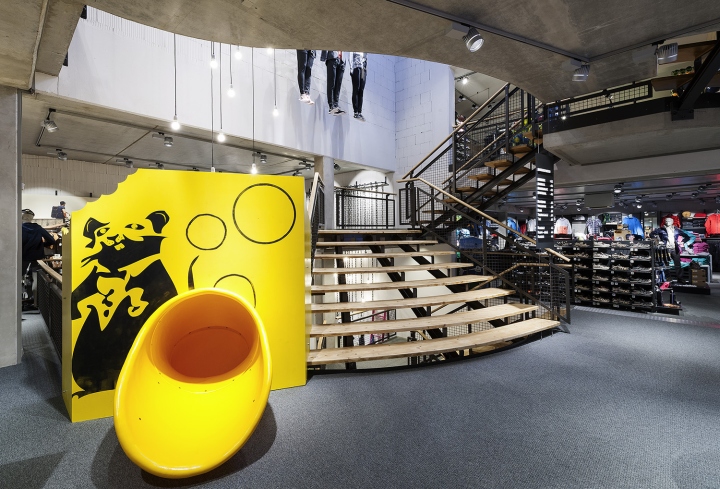 On site, euro-pallets were stacked up to create tables, spruce planks were used as wall panelling and clothes are suspended on chains in the staircase. Pre-designed stencils were used to write cheeky slogans onto furniture and walls. In the toilets, the developers themselves picked up a white pen and scribbled lovely pictures and texts on the dark walls. The cabling, some of it visible, is a work of art in itself. 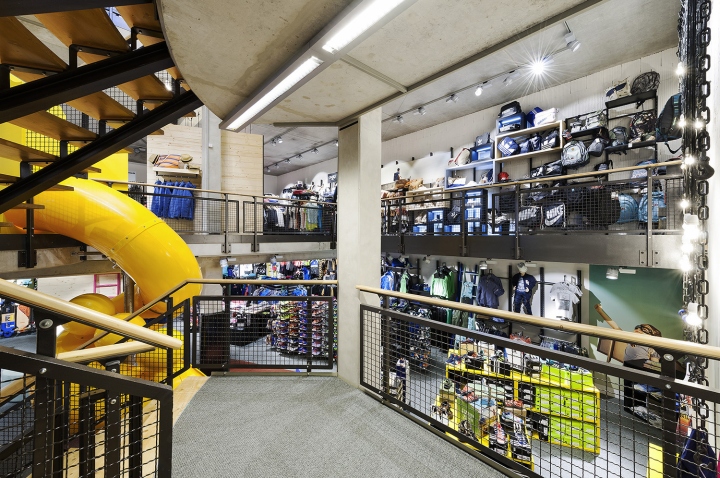 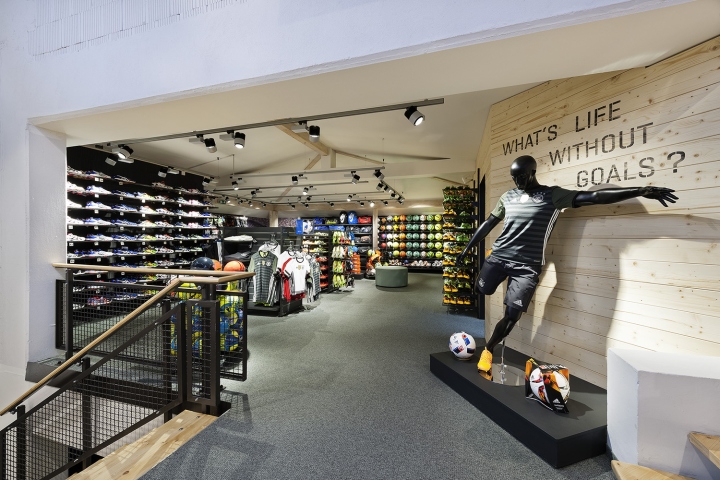 Children are also catered for at Klöpping: they will be able to enjoy a large yellow slide by TME Rusta Playland. The building was modified with only when absolutely necessary. The cycle area was given a new ceiling and completely new lighting. Some sixty percent of the lamps were converted to LED lights by TDX. 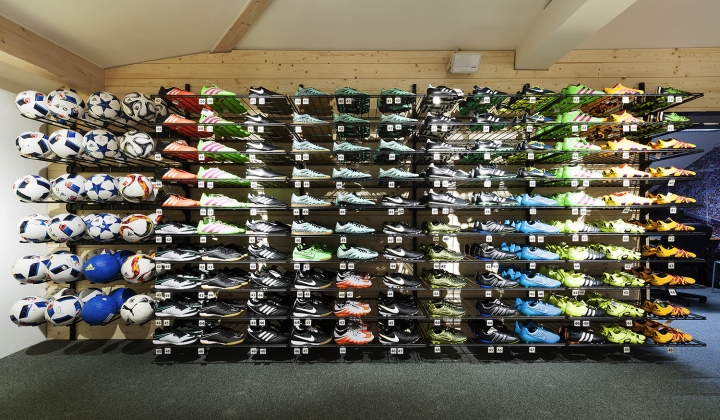 “Passionate and spontaneous”
Even though existing materials were used and new elements were added sparingly, Intersport Klöpping in Jessen does not in any way look improvised. The developers and Knoblauch’s retail experts managed to create a convincing concept that communicates the Klöpping philosophy in an authentic and unmistakable way. 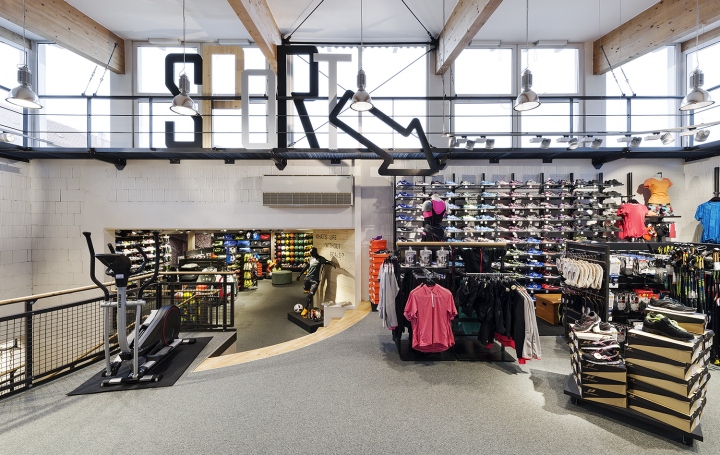 Intersport Klöpping is the largest sports retailer in the Wittenberg district and was established in 1990 as a small bicycle shop. Since then, the original store in Jessen has been refurbished a number of times and especially expanded. Since 2011 the Klöpping family has been running a second store in Wittenberg. The company stands for enthusiasm and competence in the areas sports, fashion and bike. 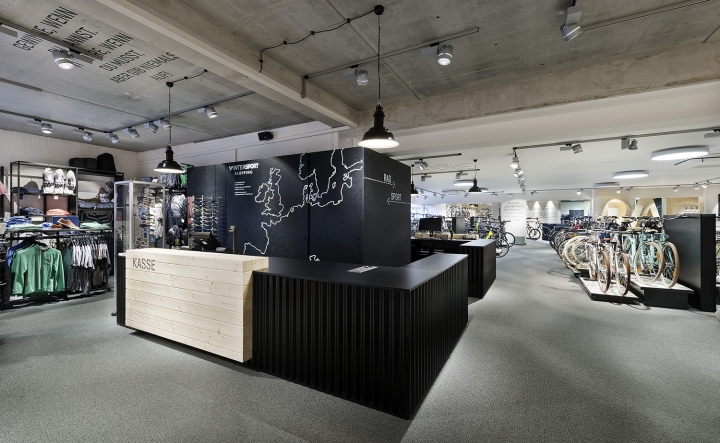 About Konrad Knoblauch GmbH
Knoblauch develops and builds shops and furnishings for great companies. One hundred percent genuine.
The company is registered in Markdorf on Lake Constance and was founded in 1909. In the 1980s, under the direction of Konni Knoblauch, who was running the business in the third generation, the company specialised in commercial and shop furnishings. Today, Knoblauch, and its 230 employees headed by Jürgen Zahn, develops and implements technically ambitious space and brand concepts. The customer is the focus of all our activities. Customer satisfaction is a top priority for Knoblauch and an integral part of our company philosophy. The company’s portfolio ranges from design and planning, through to production and installation and all the way to general contracting. 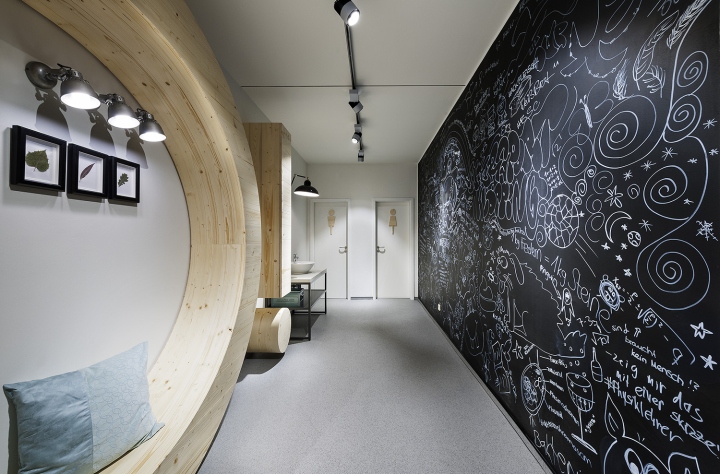 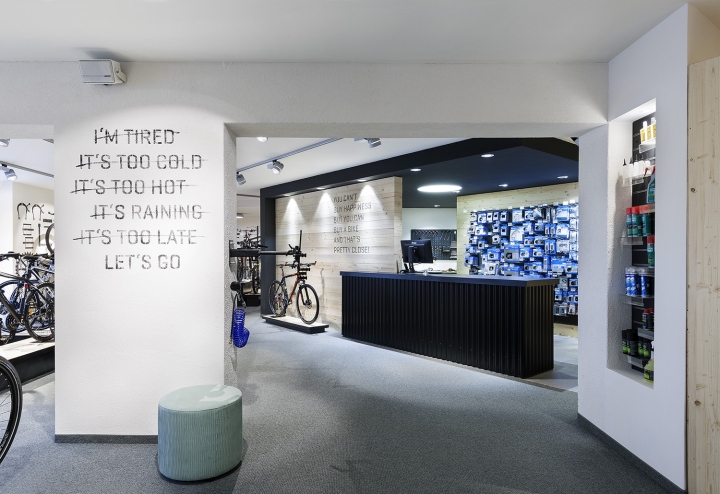 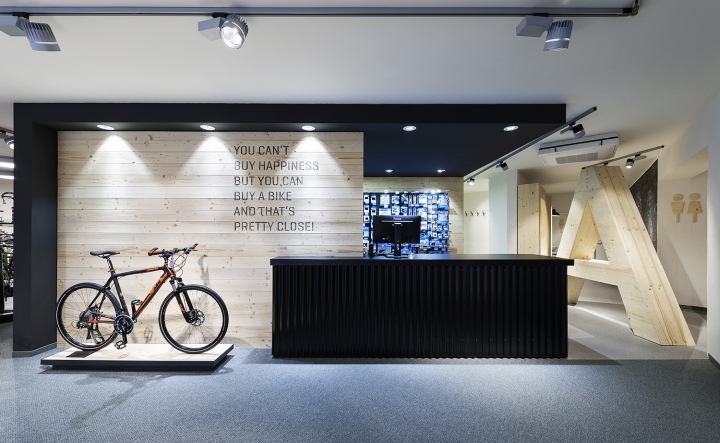 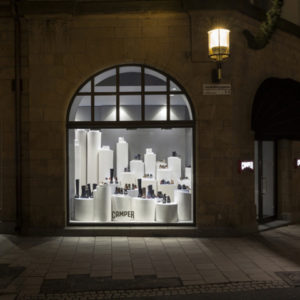 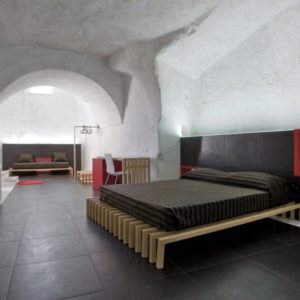 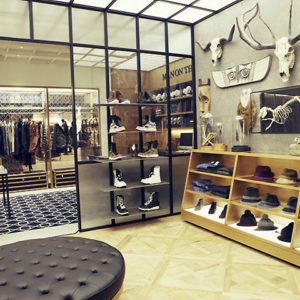 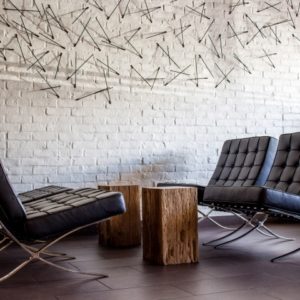