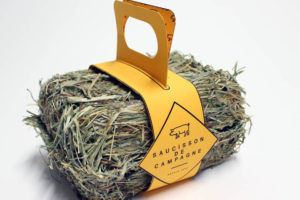 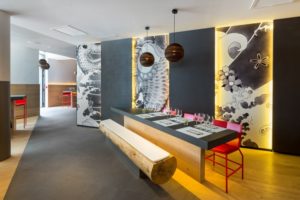 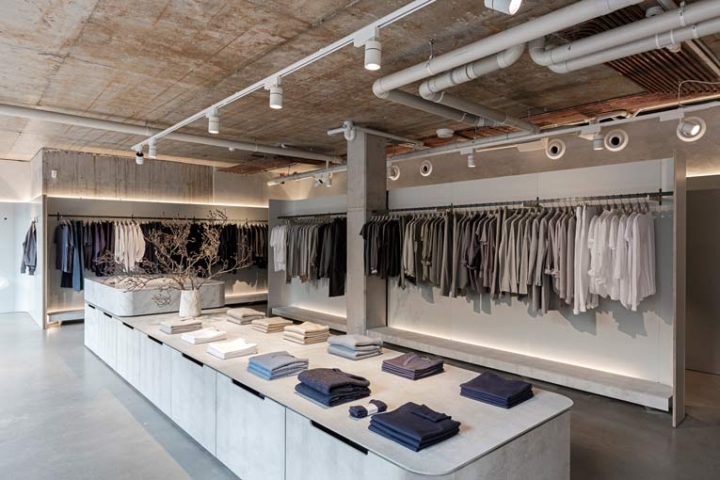 Jac+ Jack is an Australian luxury leisurewear label that’s not only known for its cool men’s and women’s designs, but also for boutiques that seem a seamless extrapolation of its brand values. Following the first overseas opening in London one year ago, Jac+ Jack has shifted its expansion focus back to home turf, and opened a new boutique in Sydney’s popular Bondi neighbourhood. The retail space, previously occupied by a restaurant, has been entirely gutted and redesigned by lauded interior architect and longtime collaborator George Livissianis. 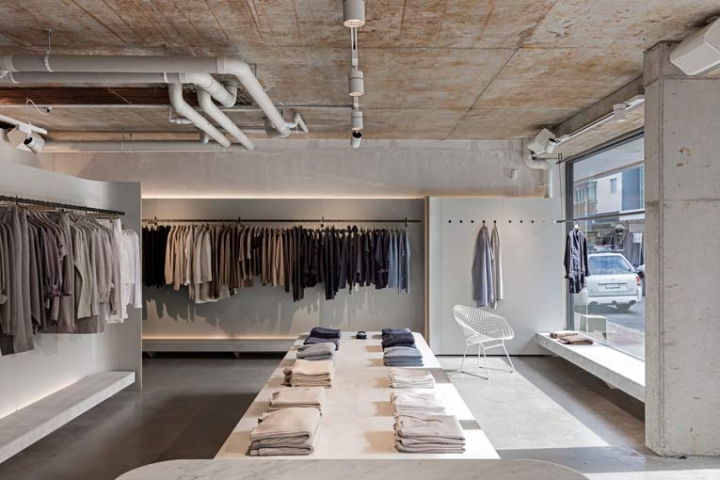 Parts of the concrete shell, most notably the ceiling with meandering utility pipes and pillars, form an integral part of a beautifully balanced monochrome palette of grey hues. The retail space features custom-made furnishings and fixtures, an built-in lighting adds a slight futuristic touch to the setting. Fitting rooms are situated at the back of the store, discreetly shielded from street views by elongated shelving. The new Jac+ Jack store carries the brand’s full range of men’s and women’s collections. 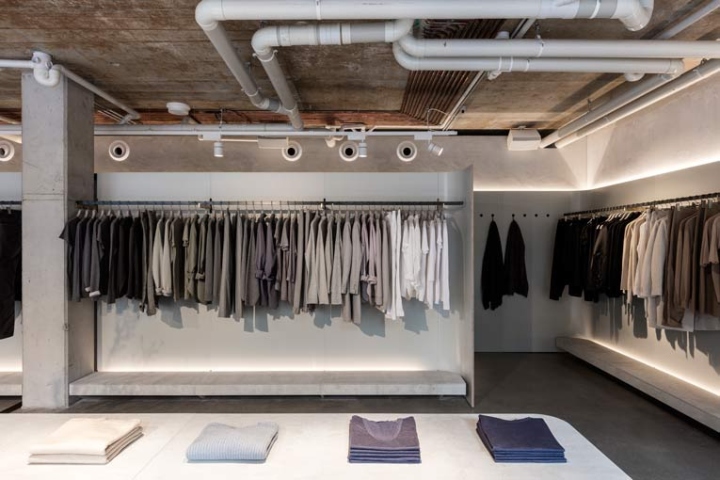 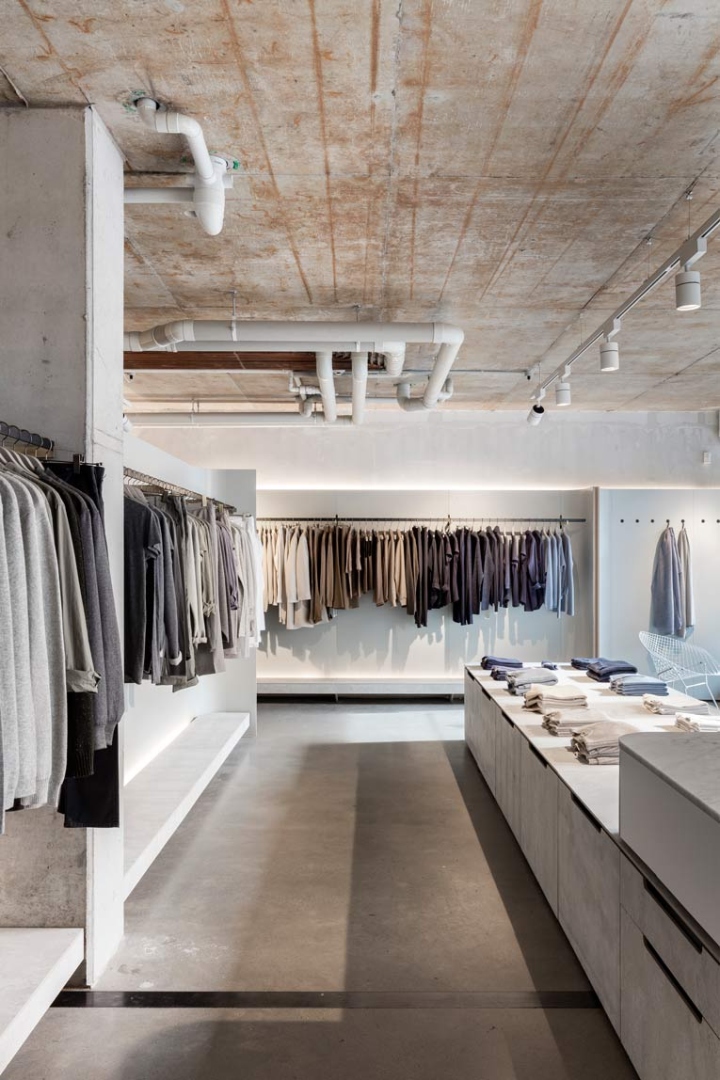 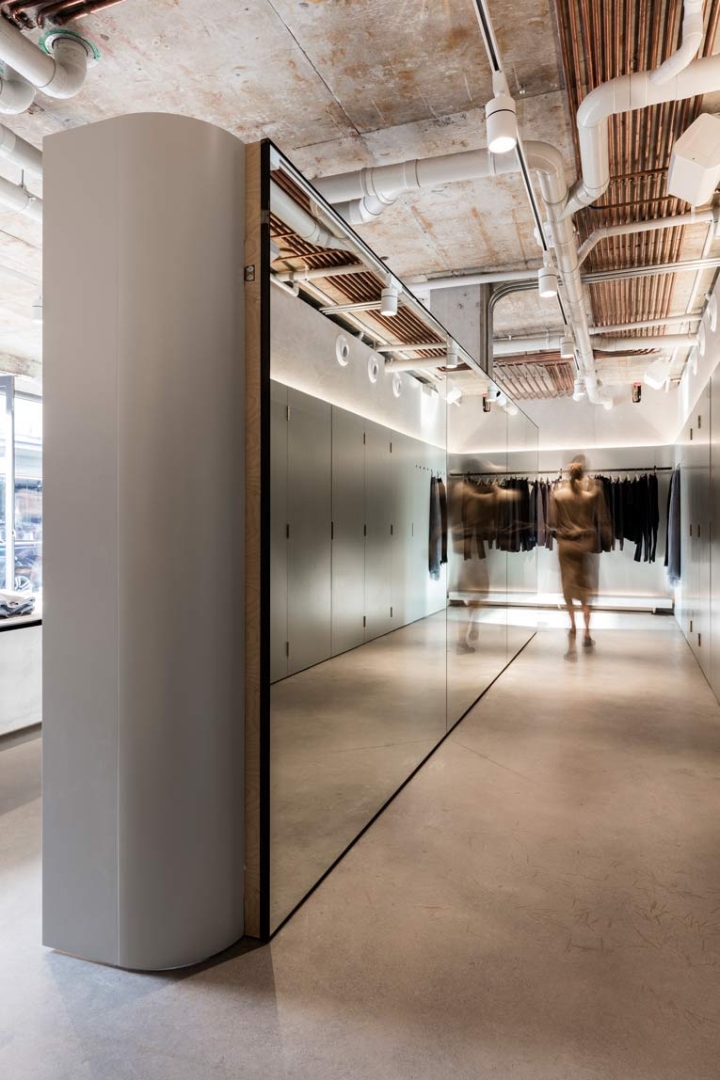 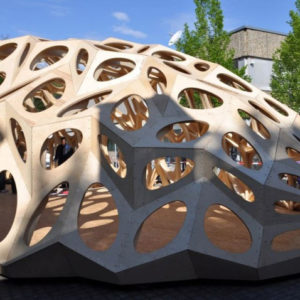 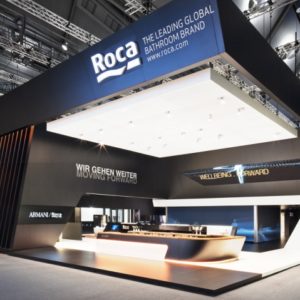 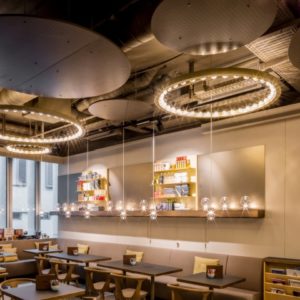 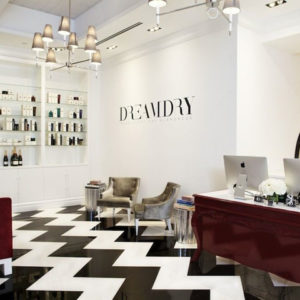