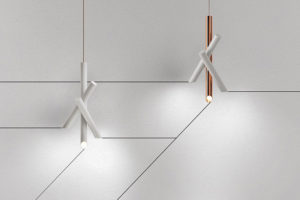 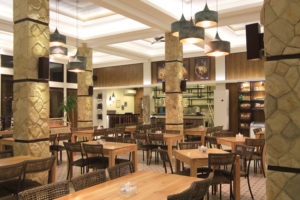 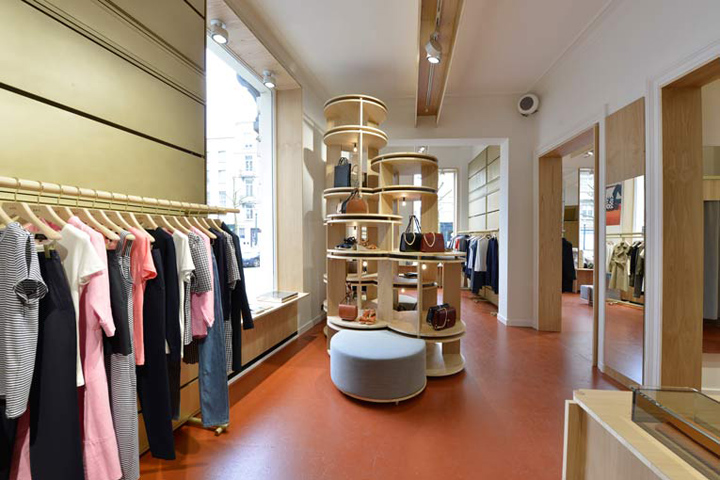 It’s been five years since A.P.C. first opened up shop in Brussels. Following the first store in the leafy Elsene district, the French brand has set its sight on a second location downtown. Situated on the lofty ground floor of a four-storey 19th century building, it features another exemplary interior design by Paris-based architect Laurent Deroo who, as far as we know, has been responsible for the often hailed aesthetic of all A.P.C. boutiques across the planet. The new outpost in the Belgian capital boasts a distinctly different look from most other stores, featuring a contemporary design concept that’s seemingly inserted into the building’s historic shell. Interestingly, it makes a subtle distinction between the men’s and women’s sections within the same space. Fixtures of the men’s department have been crafted from aluminum, while brass has been used for women’s. Furnishings are modular, comprising of differently sized coffered wooden structures. These are either boxy or circular-shaped, and paired with a backdrop of wooden paneling, slabs of mirror, and last but not least, lacquered wooden flooring in a terracotta hue. The new A.P.C. store carries the brand’s full range of men’s and women’s apparel, shoes and accessories. 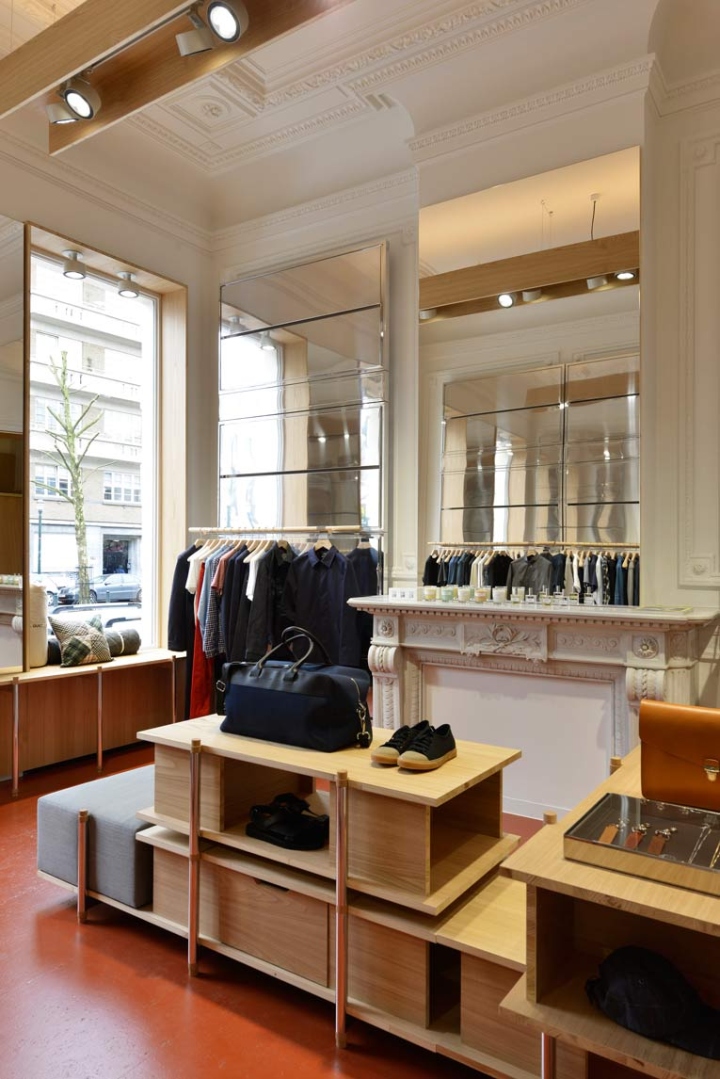 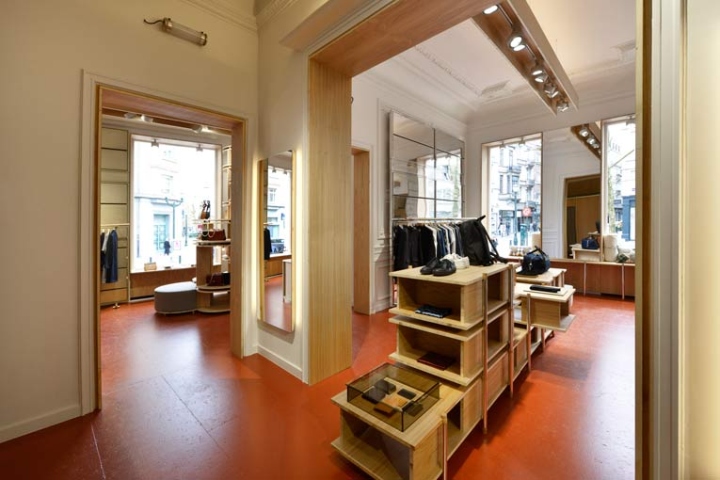 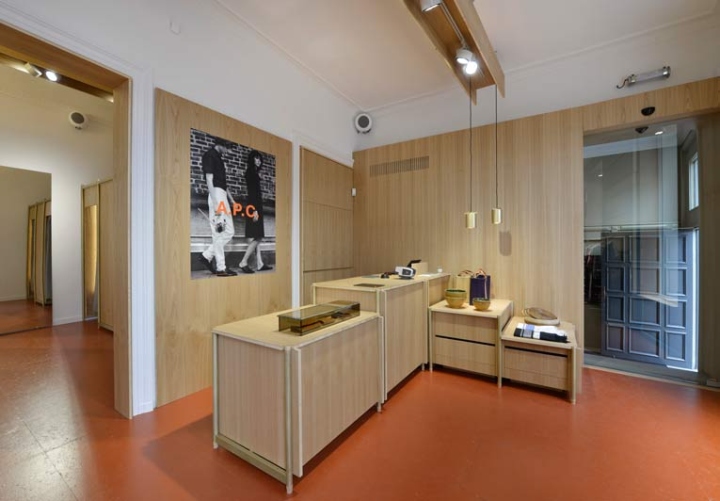 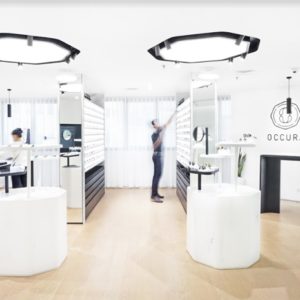 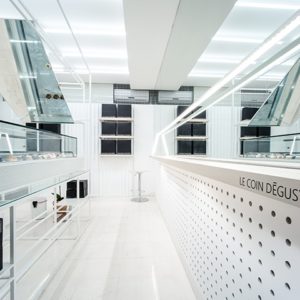 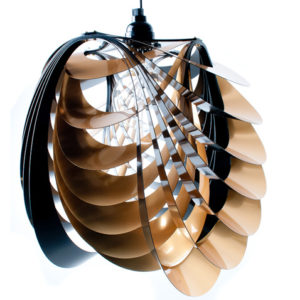