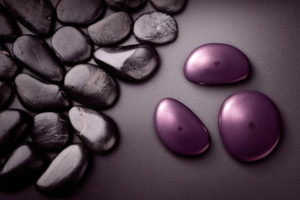 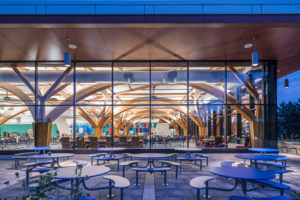 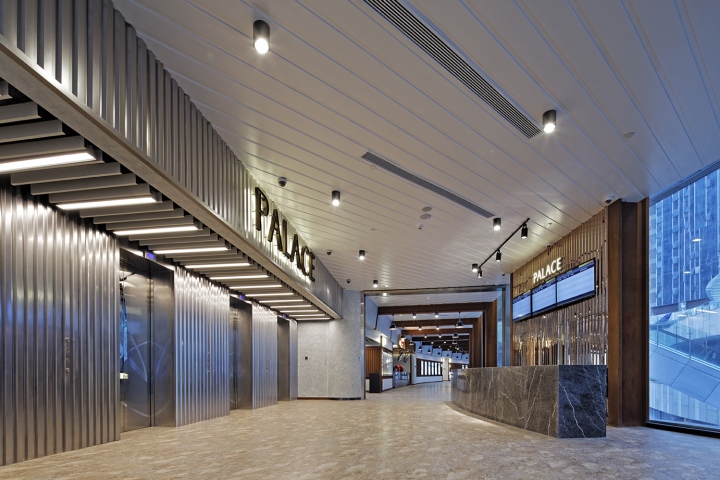 Museum is a space for demonstration of artifacts and art pieces, it will become an astonishing space that connects the display pieces and the spectators while exhibitions are ongoing. From the two millenniums old relics of the Han Dynasty, to the decades old paintings of Pablo Picasso, all being contained in this extensive space, which allows visitors nowadays to interconnect with all the aspects from ancient to modern and from local to foreign. As a container, an exhibition space is not just a hollow place, space itself also obtains its unique style of demonstration and value for appreciation. On the other hand, a cinema is a demonstration place for various movies with different atmospheres and genres, thus the design of the demonstration space can effectively strength viewers’ impression and memories. The industrial style design is extensively used for interior and stage design in the post-war era, which is totally different from the pursuit of new classical style during the early 20th century. The roughness of industrial style has been designated as the personality of the Palace Galerie cinema at Chengdu, which is first found in the design of its ticketing lobby. Every elements in the lobby is being merged together by bronze and concrete, which are materials with industrial cue. The ceiling is broadly decorated by bronze coloured corrugated metal sheets and bronze metal I-channel, which allow the ceiling to take the role as a guide to lead people into this exhibition space with story. From the elevators to the ticket box and the theatres, the place is ornamented by various silver and bronze coloured corrugate metal wall finishes, going through this space to the ticket box that is combined with concrete columns, walls and counter, factory atmosphere is being presented here; along with the gold coloured corrugated sheet feature wall that is glamorous yet fitted into the industrial theme, the charm of industrial style has spread from here to the ceiling atop of it. With the addition of the bronze metal logo, a drop of elegance has been added into the repetitive characteristic of industrial style. In the point of view of industry, resource and space should be fully applied during production, this notion has been proved at the corridor from ticket box to theatres. The rawness of industrial style in the lobby has been extended to the corridors on the outside of theatres, which also encourages the fermentation of emotion before enjoying the movies. And hence with the precise arrangement, the same materials and finishing can also perform different atmosphere within the same theme. The white ceramic tiles flooring from lobby to corridor is arranged in complicated order, which seems like in a mess, yet actually it interacts with all other design features in surrounding systematically. Dissimilar from the floor finish, the ceiling is methodically decorated by series of white metal bars finish, then LED lightings are applied here in order to lighten up the corridor with dark and grey tone, as well as forming a fascinating association with the random-looking tile floor. Bronze coloured corrugated metal sheets are closely jointed between two rows of bronze coloured I-channels, the wall feature instantly transformed into series of containers that are being delivered, moving along the bitumen road that is represented by the grey cement wall along them. Designer has injected the vivacity of containers terminal into the space by the design applied, in additional demonstrating the coexistence of beauty and functionalism within industrial style design. Designer is intended to lead visitors into the movie by the mood that is formed here. Even washroom is a backstage space, it could also become one of “front stages” for designer to express the ambience of industrial style. Concrete is applied for walls and cubicles partitions, which maintains the connection between here and the outside. On the other hand, white ceramic tiles with natural marble pattern are applied in order to neutralize the serious mood of industrial style design, as well as being a relief for customers. 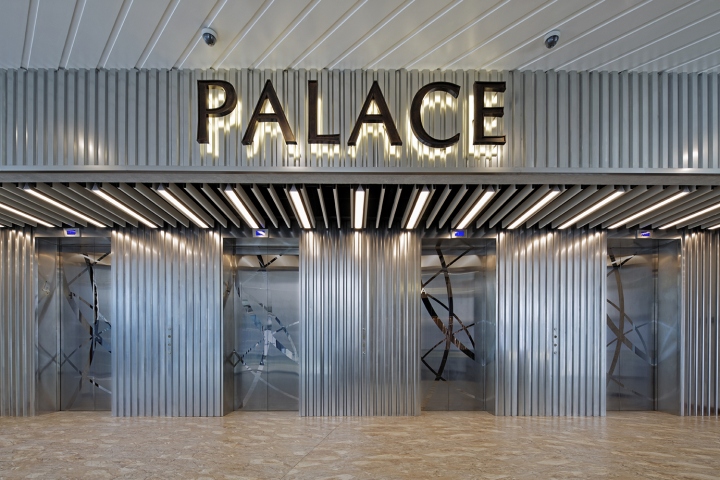 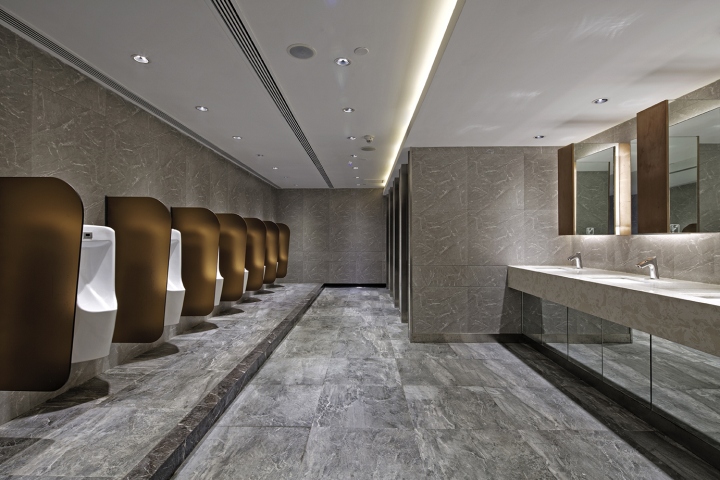 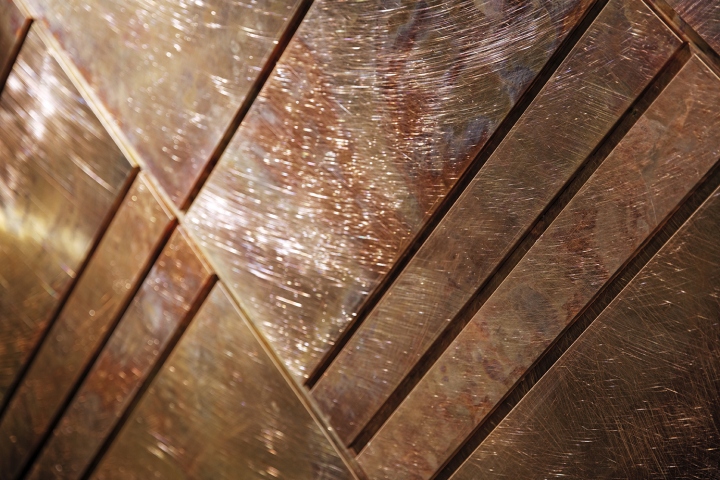 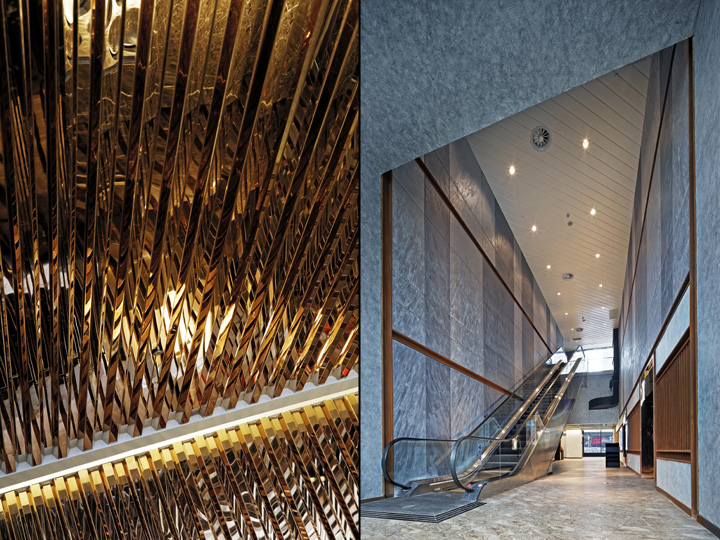 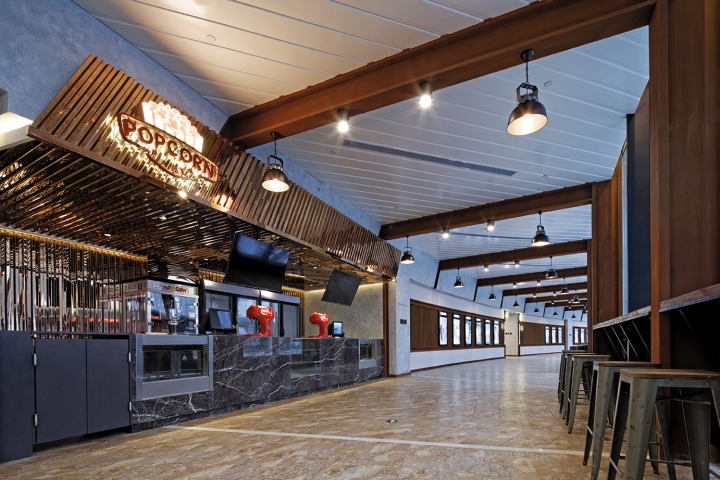 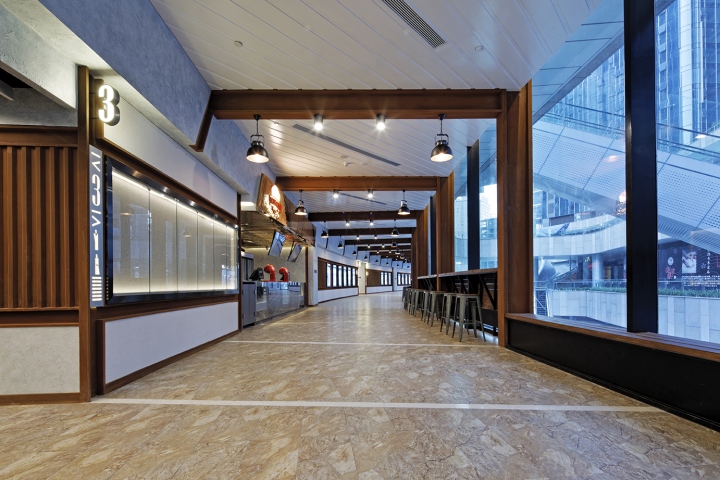 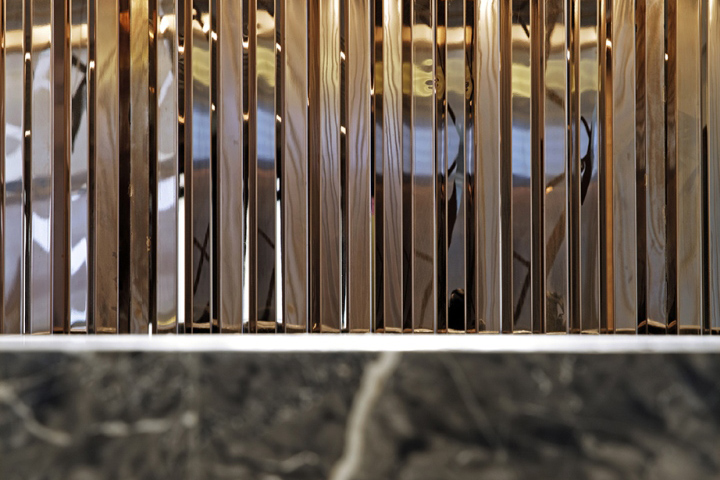 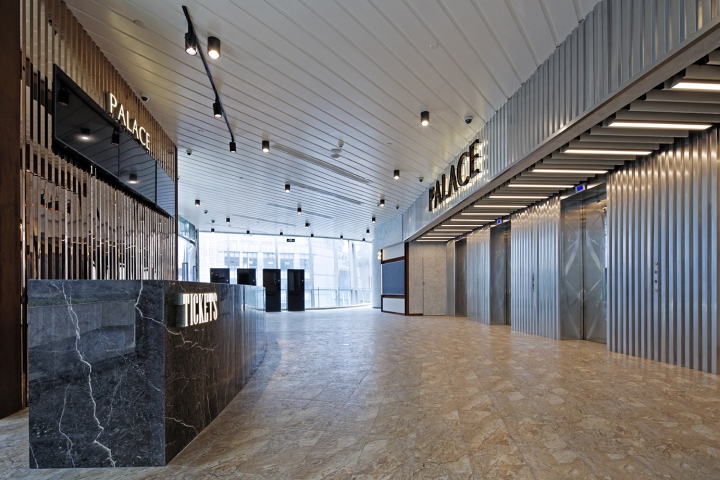 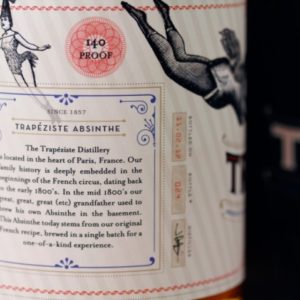 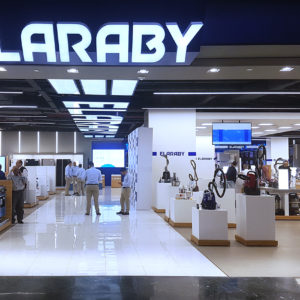 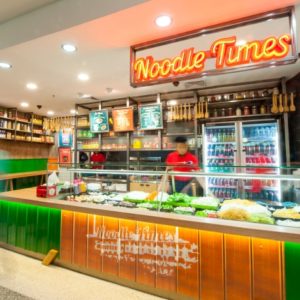 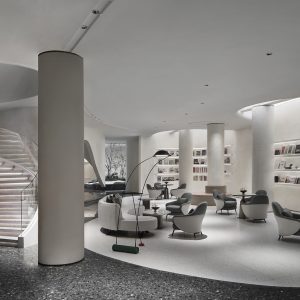