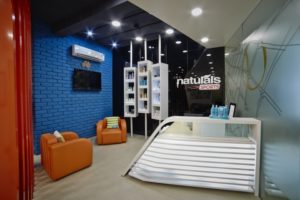 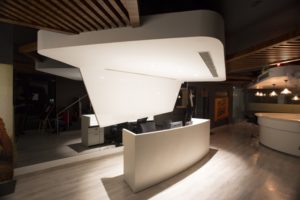 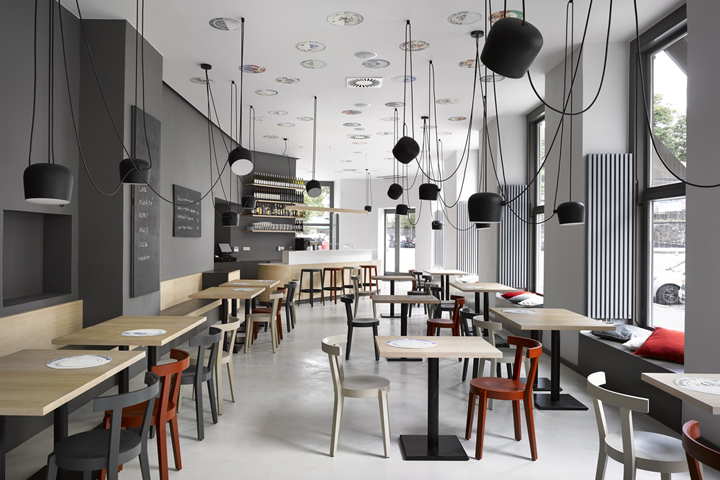 The Bistro is situated on the corner of Dejvicka and Eliasova street in Prague in what was originally an Art Nouveau building puristically modified in 1929. During the Art Neauveau period there was a Morning taproom which was converted in 1929 to a Bata shop with interesting landings. Unfortunately nothing has been preserved and before our reconstruction the area was in a very dilapidated state. We designed a complete reconstruction of the space and facade on the ground floor. Window replacement was essential, when solid metal landings were replaced by sash windows which blend the space with the street. The interior design reflects the rounded corner of the house and reflects it in the central counter which in one part runs into the bar and into the bakery sales counter in the other part. Seating in the bistro part is situated along newly designed sash windows and along the opposite wall in the form of benches, tables and chairs. In the bakery part the dominant is the counter with vitrines. Seating in the front part has been solved with benches and tables with chairs. Bar tops in the window openings have been designed for quick refreshments. An important aspect of the interior, along with the play of colours of individual elements is the refinement of the ground plan by unevenly hung lights and the use of pattern, which was designed on the ceiling and end walls in both parts. The kitchen and washing up area which are separated from the main area by blinds walls are situated in the interior part of the disposition. 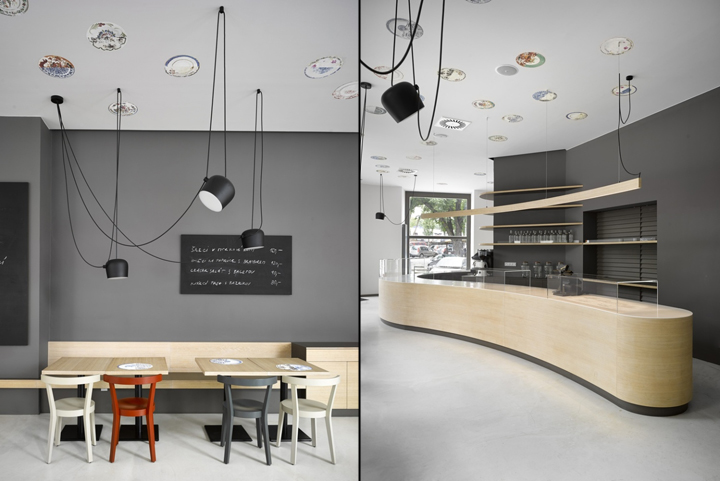 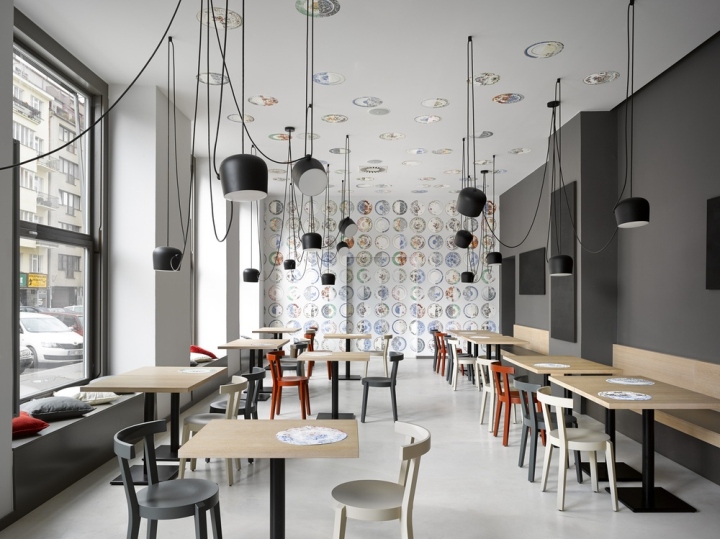 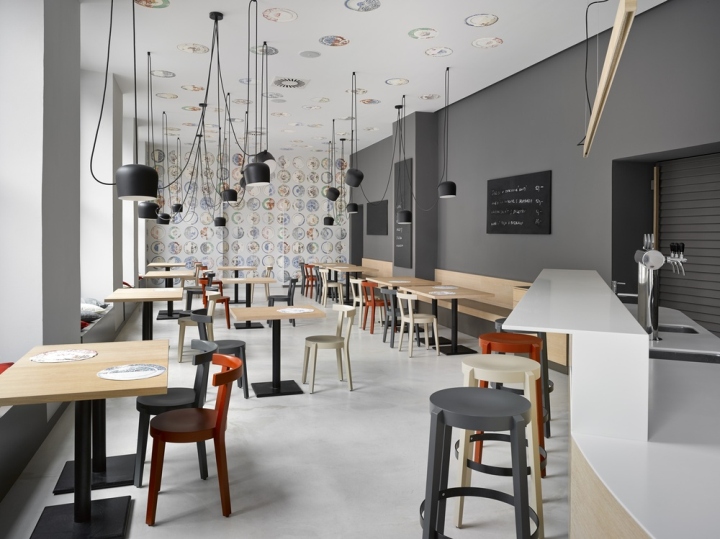 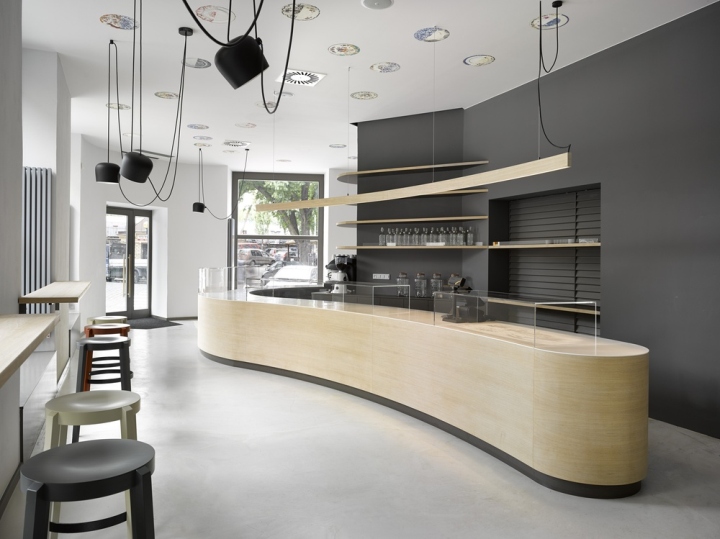 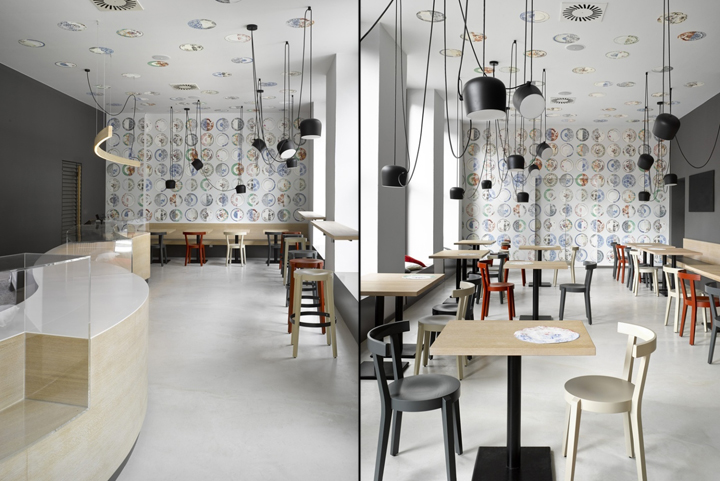 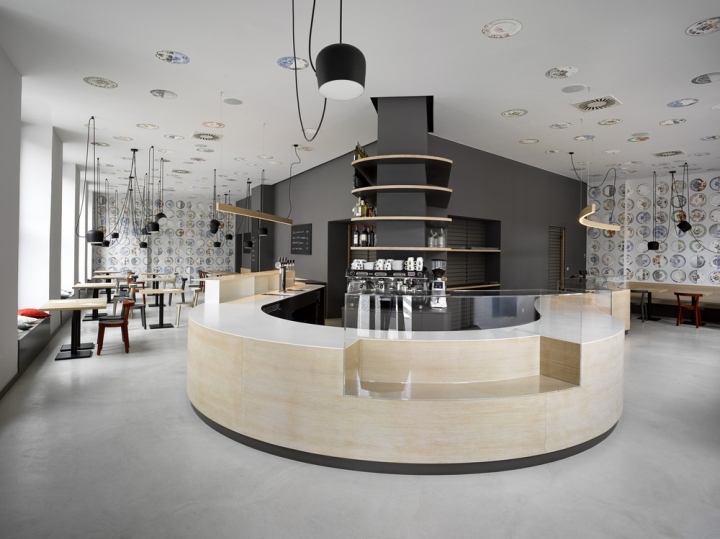 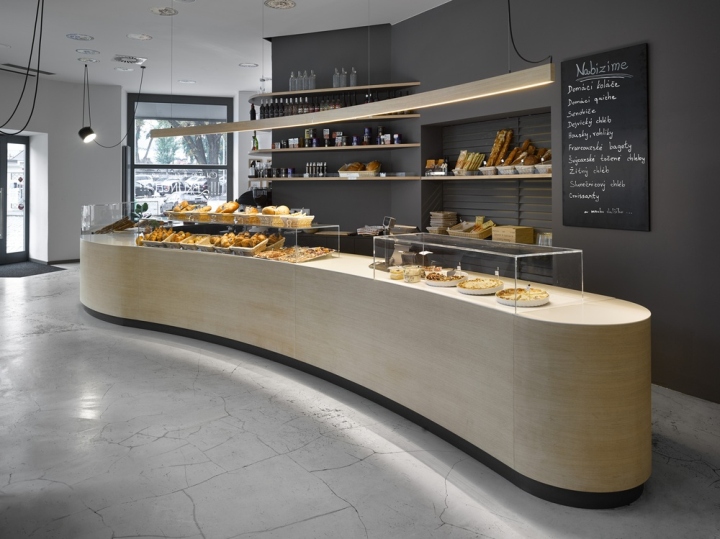 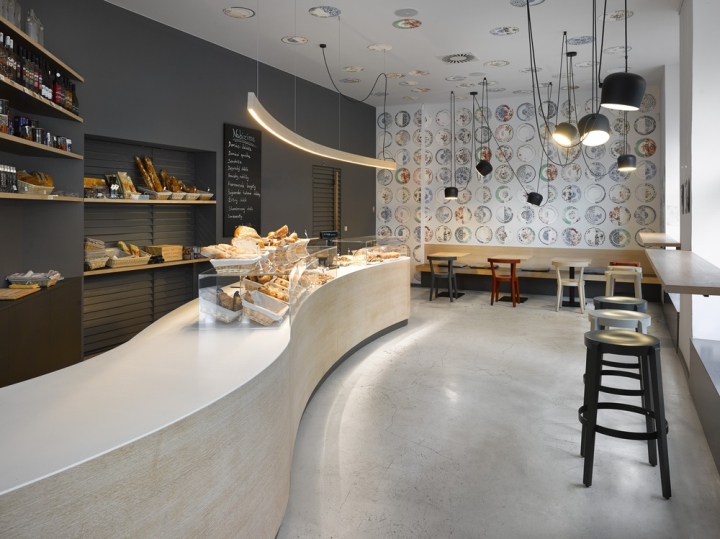 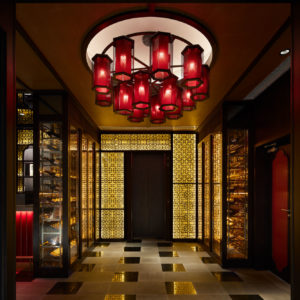 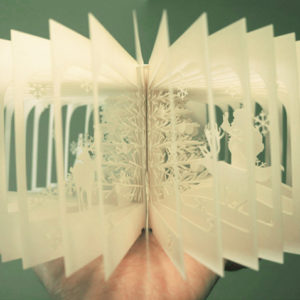 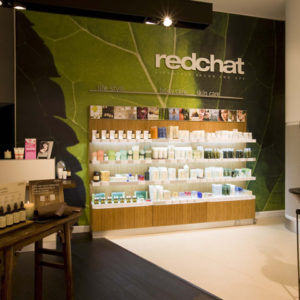 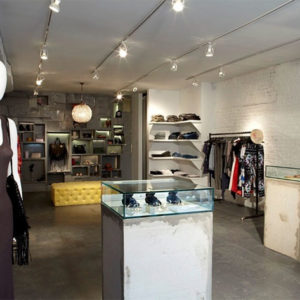