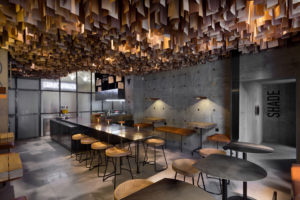 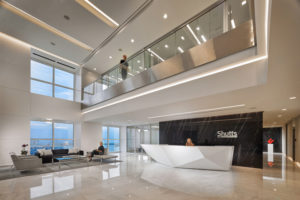 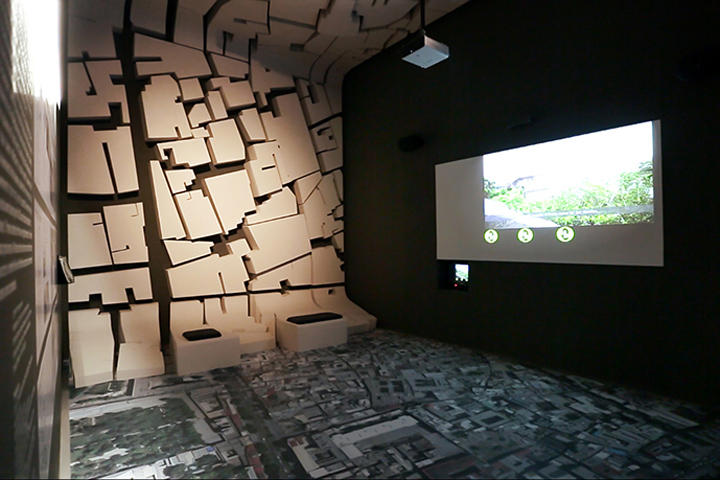 The Iran national pavilion at the 15th Venice Architecture Biennale has been curated by Parshia Garegozloo and Behzad Atabaki, as part of the country’s second assistance to the event. Called ‘Rewind, Play, Fast-forward’, the project was selected among 148 proposals during a two-stage judgment procedure by jurors who were elected by 12 architectural organizations. Social, political and economic circumstances in the past century in Iran, like mass sell on city spaces, vast immigration to big cities and their suburbs, along with urban plans without taking human and social participation into consideration in dense and deteriorating parts has led to the major diminution of living quality and the lessening of life spaces. A major part of the regions in these cities are evacuated due to low living qualities and many of them are in danger of being destroyed and turned into commercial centers. Two years ago, the team began the research. In the first place, their aim is to obtain a precise understanding of the aforementioned issue and to become in close contact with the problems. The method is based on immediate contact with the citizens, asking questions and talking to the residents and finding simple and minimal solutions in order to improve life spaces in the scale of small neighborhoods, alleys and streets. They believe in the importance of close contact with active local groups and associations in order to develop better plans implemented by citizens themselves. On the course of the research, they encountered few examples of resistance to live and innovative resistance facing danger; such movements-though rare-still exist and develop though slowly. There are instances of individual and personal living spaces in private and semi-private places, also public spaces of such kind. Certainly, local cooperation in order to prevent the destruction has been effective to some extent, however, the destructive power of other external elements have always pushed them into inescapable situations. These movements have only been successful whenever they have managed to join one another and work along with NGO’s and local associations. The pavilion is designed based on a representation of urban schemata of buildings in a reverse order stretched from the ceiling to the walls and parts of the floor. The form is chosen in order to manifest the reverse process of reviving these residential areas and neighborhoods. The approach is based on not returning to the past but establishing connections between various social and local groups in order to share main problematic issues and cooperate with each other by benefiting from small successes in the augmentation of living quality. The main interactive wall of the pavilion—considering the stories—consists of a video projection of the story and a touch screen below. When visitors enter, according to the area touched, one of the stories is selected and its film is screened. Meanwhile, green points of this story will blink on the interactive screen. If the visitor touches these, then more detail will be presented on the black area. 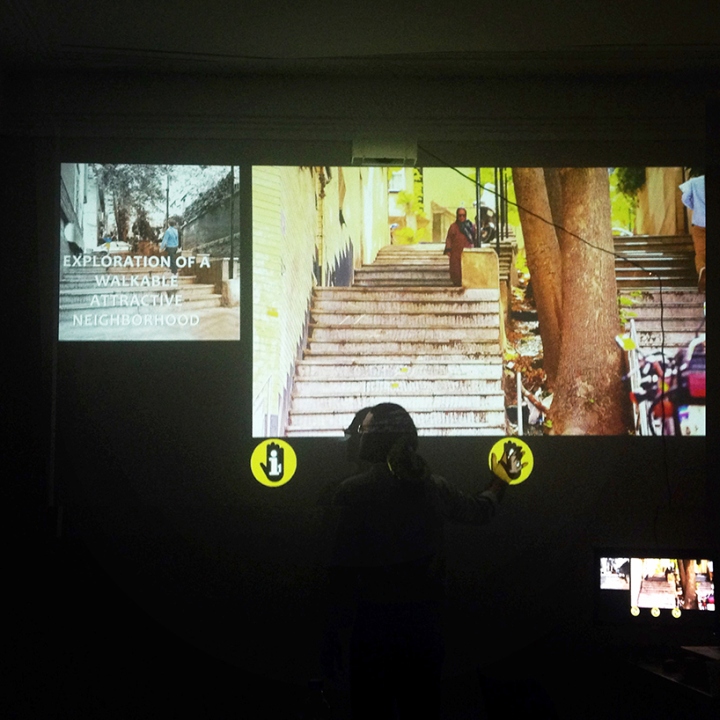 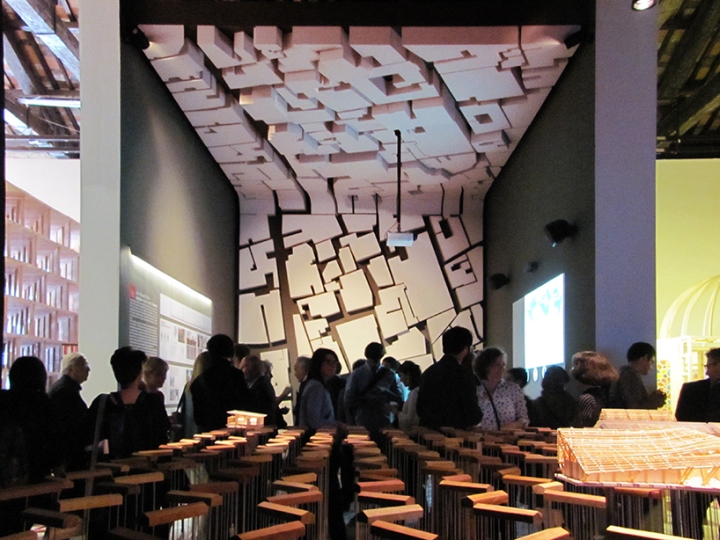 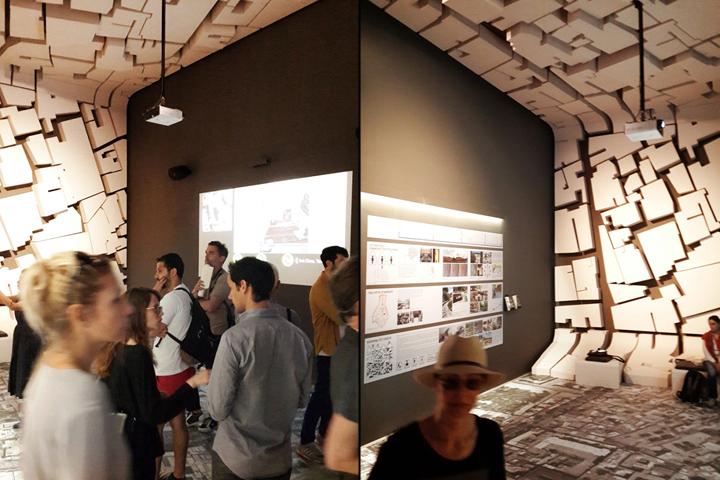 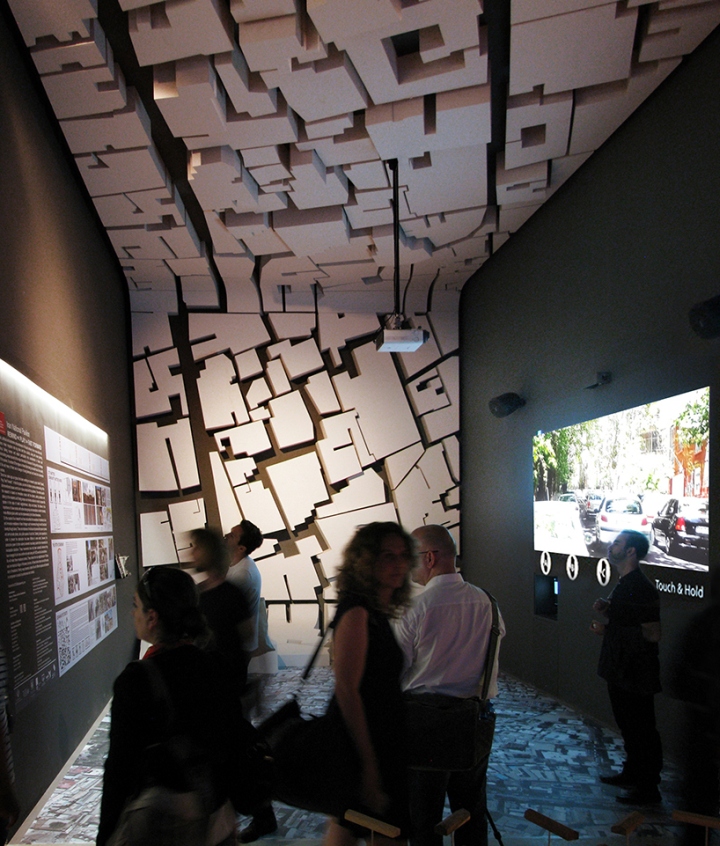 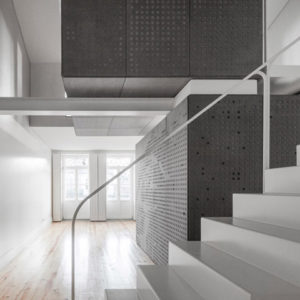 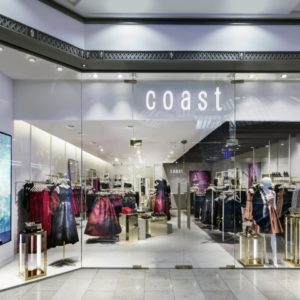 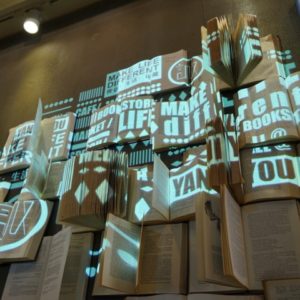 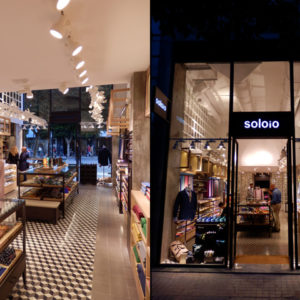