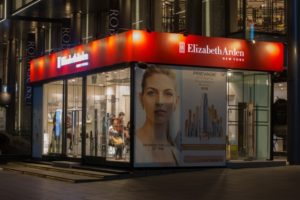 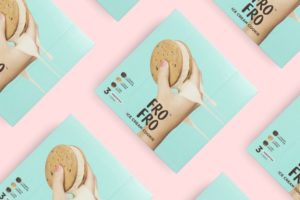 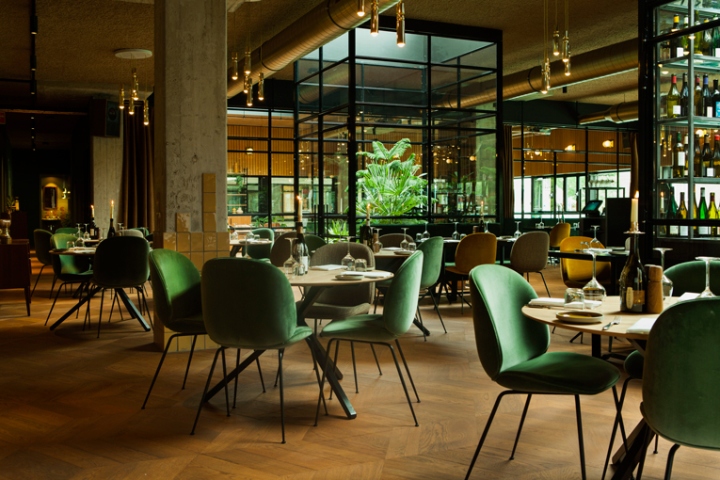 Finding cool, design-led lodgings in Amsterdam these days no longer is a challenge, given the slew of openings in recent years. Newly launched properties in all categories have popped up, and increasingly so in areas outside the city’s historic canal district. And that’s not necessarily a bad thing as the Dutch capital is surprisingly compact in size, an advantage that keeps its popular downtown venues within easy reach. This trend has given many a deserted suburban building a new lease on life, and lending certain pockets of the city a buzz along the way, if not an appealing new stature. It’s exactly the scenario that has befallen Hotel V and its latest endeavour in Amsterdam’s residential neighbourhood of Watergraafsmeer. The boutique hospitality chain picked a derelict 1970s office building – it was designed by architect Piet Zanstra for the Dutch Association for Mental Health and Addiction Care, and had been empty for twelve years – to establish its newest venue, Hotel V Fizeaustraat. The property features an appropriate seventies design that’s immediately evident upon entering the premises, and which extends fully to all 91 rooms and the single suite. The rooms come in three categories, and although each offers similar comfort and amenities, they vary in size. Top of the bill obviously is the suite, evoking a homey feel with its spacious dimensions, replete with a private fireplace, corner views and spacious bathroom with a walk-in rain shower. Similarly to Hotel V’s other outposts in the city, its public spaces feel like a seamless living room extension, notably the lobby area. It’s here where the aptly named the lobby is situated, an informal all-day restaurant and bar that’s also versatile enough to accommodate a variety of events. The restaurant seats 90 guests, in addition to 60 more guests in a private dining space, and all amidst an ambiance of timber surfaces, sleek furniture and pendant lamps that’s fully compatible with the hotel’s seventies aesthetics. A destination in its own right, the venue has very much become the neighbourhood’s new social hub, drawing even crowds from across town to its doorstep. The restaurant serves breakfast, lunch and dinner, and does so with a keen eye for quality ingredients and culinary craftsmanship. This focus culminates in the dinner menu, which offers both set courses [three, four or five] and à la carte options, featuring simple but tasty dishes with a slight cosmopolitan touch. Accompanying the fare is an extensive selection of French, Italian, Spanish and German wines, and for those in need of a beverage that’s a tad more festive, a string of freshly made cocktails is available. Doing business? Hotel V Fizeaustraat has a separate meeting room available that’s fully equipped to meet any requirements, in addition to the so-called palm room, a private events space with its soon-to-be-launched cultural program. Despite its location on the outskirts of town, the hotel is conveniently situated near Amstel station, one of Amsterdam’s major transportation hubs, allowing very easy connections by train, bus or subway to Schiphol airport, the canal district and other neighbourhoods across town, and all major destinations within the Netherlands. 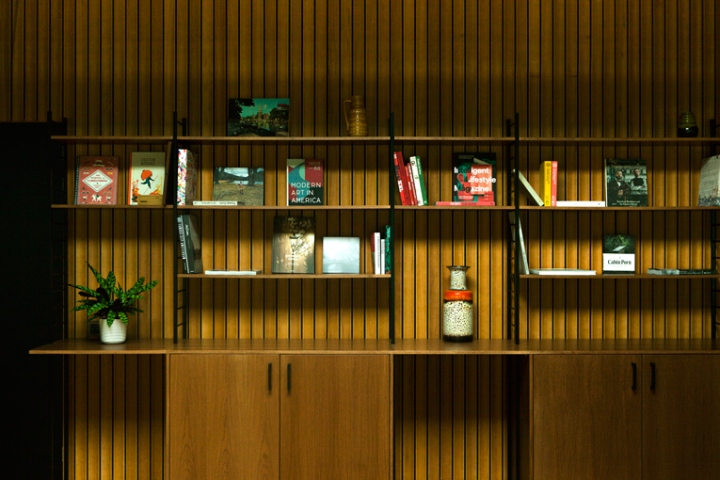 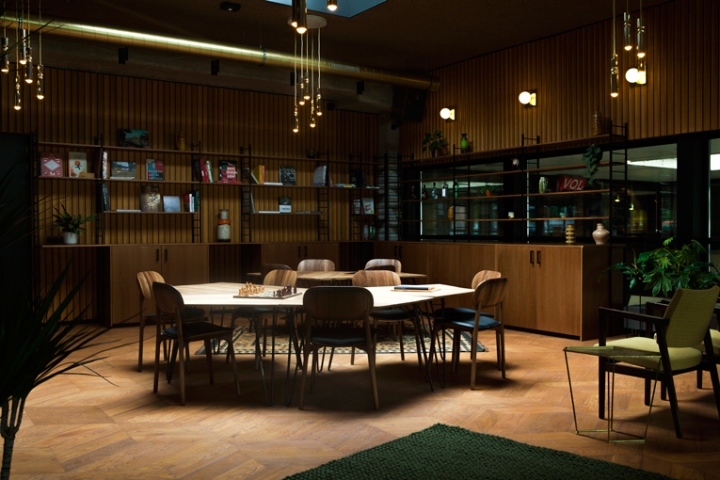 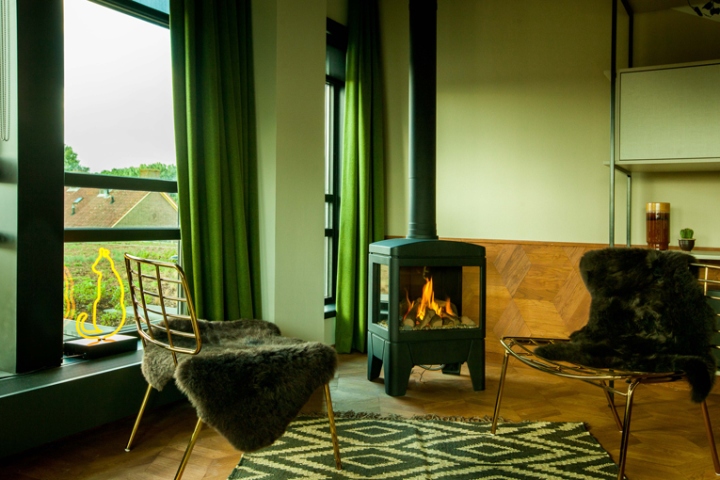 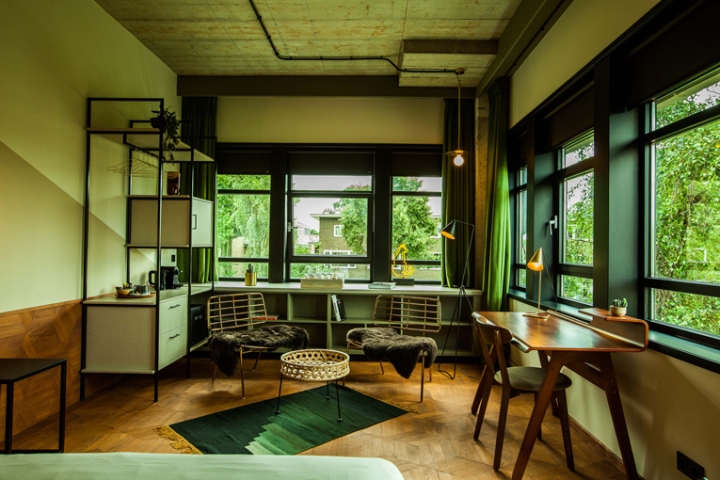 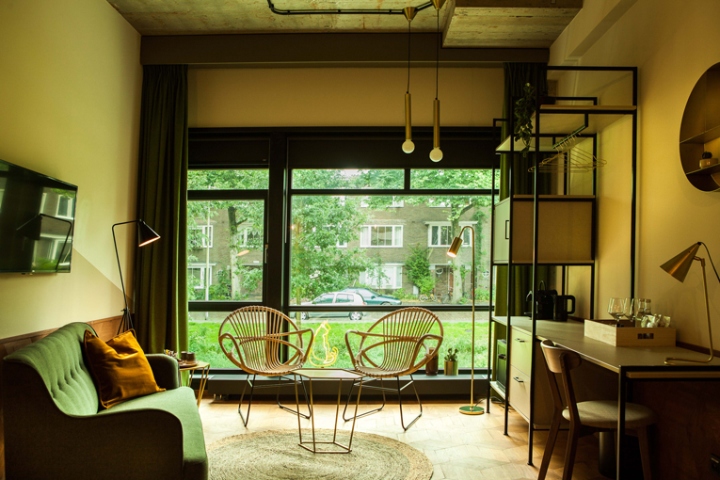 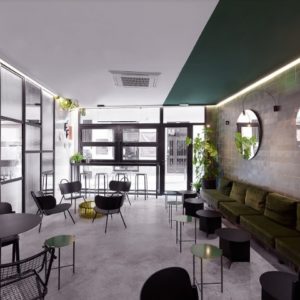 2060 The Newton Hostel & Market by Wanna One, Madrid – Spain by retail design blog 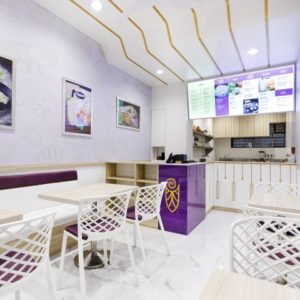 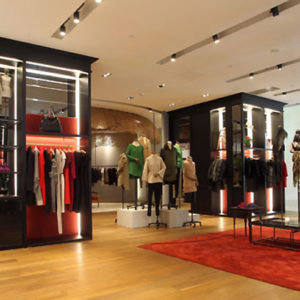 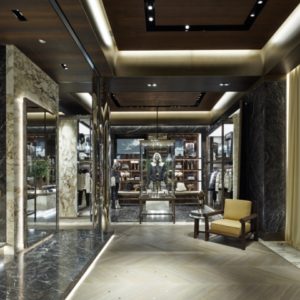