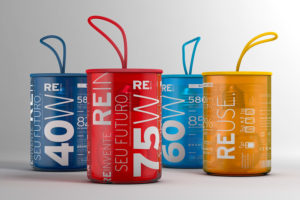 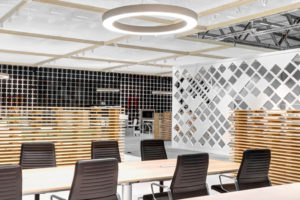 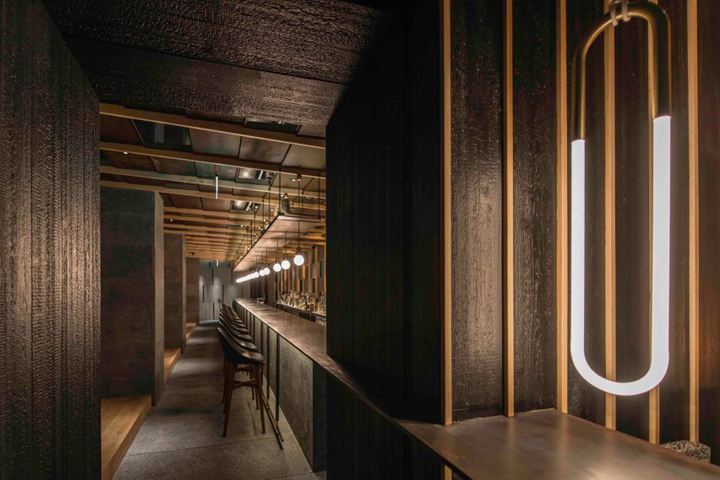 Chinese studio Neri&Hu has designed a long communal table and suspended lighting that creates a canopy in the atrium of Shanghai’s Chi-Q restaurant. The interiors revolve around what the studio calls the “dramatic yet often neglected atrium” at the centre of the restaurant, which serves Korean food. A metallic table and wooden dining chairs sit in the middle of the space, and large glass bulbs are suspended at intervals overhead. Wooden beams also lead the eye upwards to a metal panelled ceiling, while strip lighting placed on the walls emphasises the height of the atrium. “With its unique composition of light, shadows and reflective patterns that evoke the canopy of a forest, the warm-toned metal ceiling is the defining feature that runs throughout the entire dining space,” said the studio, which created a similarly cavernous space inside a Shanghai theatre. The walls are clad in charcoal wooden panels, and diners are greeted by a loop-shaped pendant at the entrance – which includes a wooden gate designed to reference traditional Korean houses. Sunken seating elsewhere in the restaurant is divided by sliding perforated partitions, and bar and dining areas feature concrete and wooden floors. “With a deep understanding of materiality, the striking atmosphere inside the main dining space recalls the richness of Korean cuisine – both space and food representing a balance between the delicate, the raw and the vibrant,” added the studio. The restaurant is situated in the city’s Three on the Bund building, which was constructed in 1916 and has ceilings that rise five metres high. Neri&Hu has completed several projects in China this year, including a staircase for Bloomberg’s Hong Kong office, and the interiors for a Shanghai burger restaurant which took reference from classic 1950s diners. 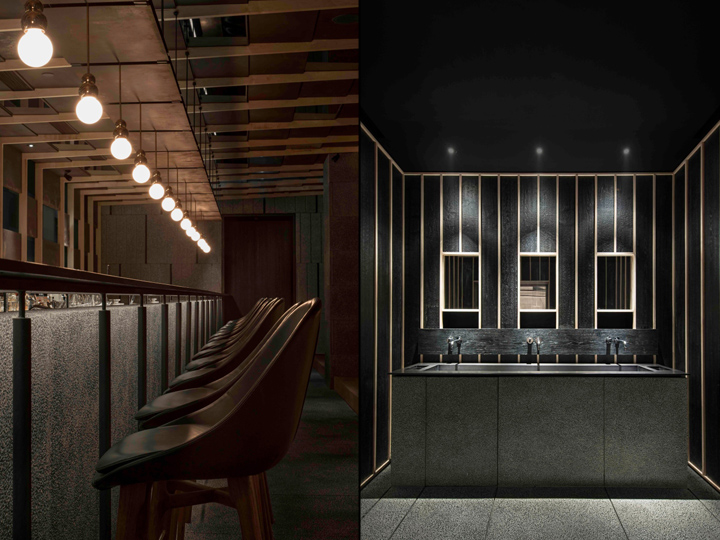 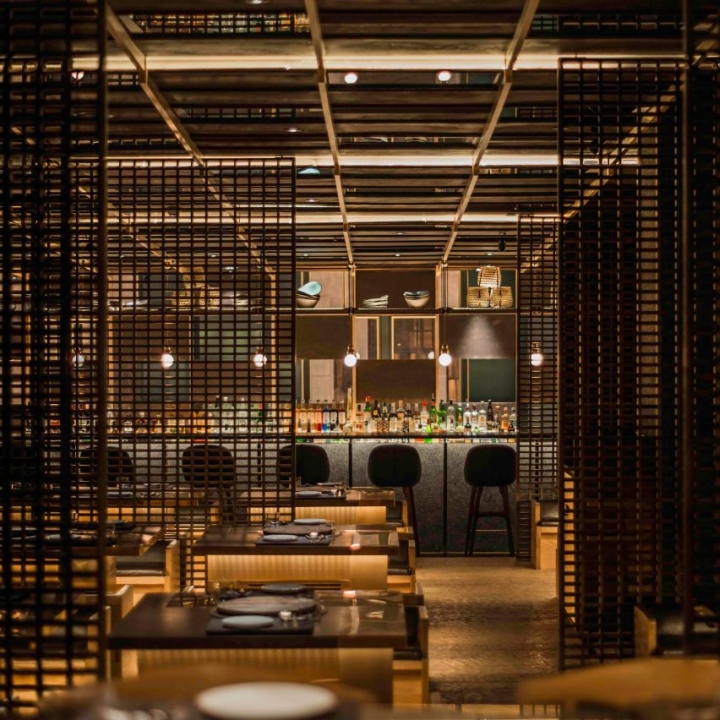 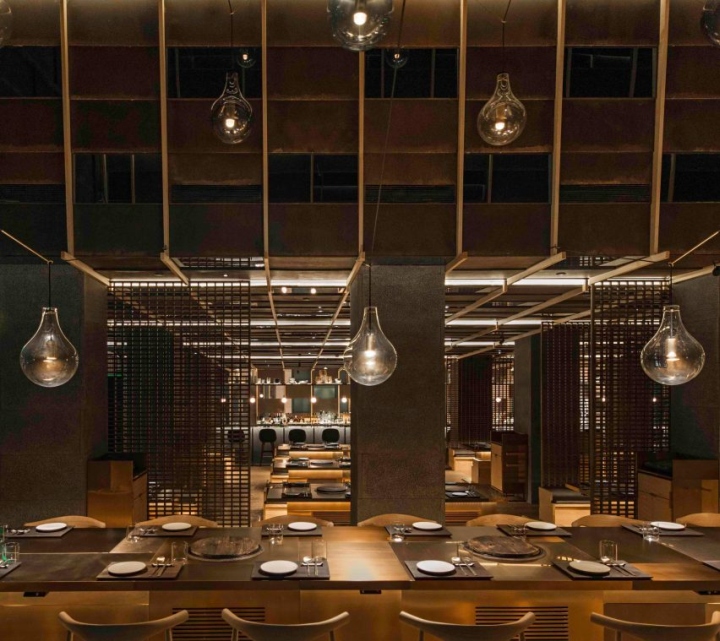 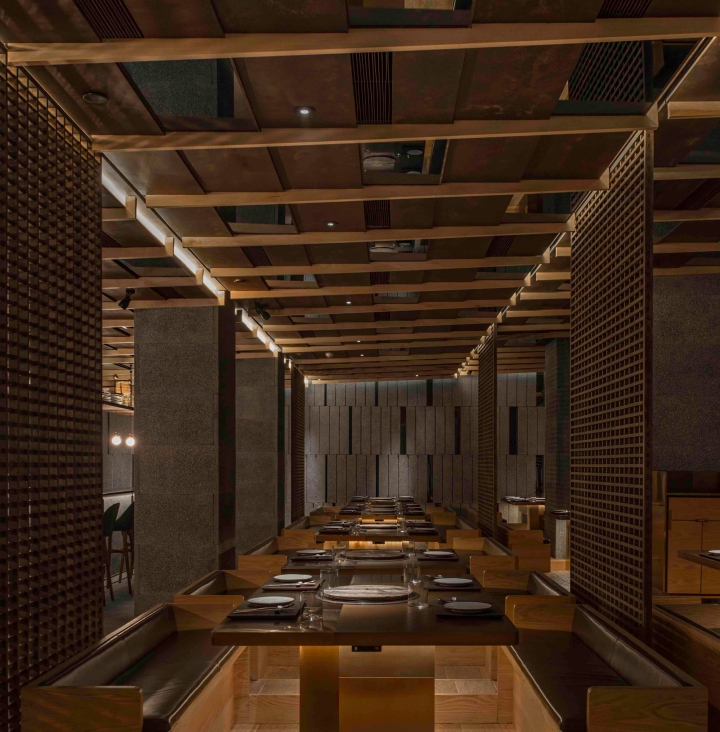 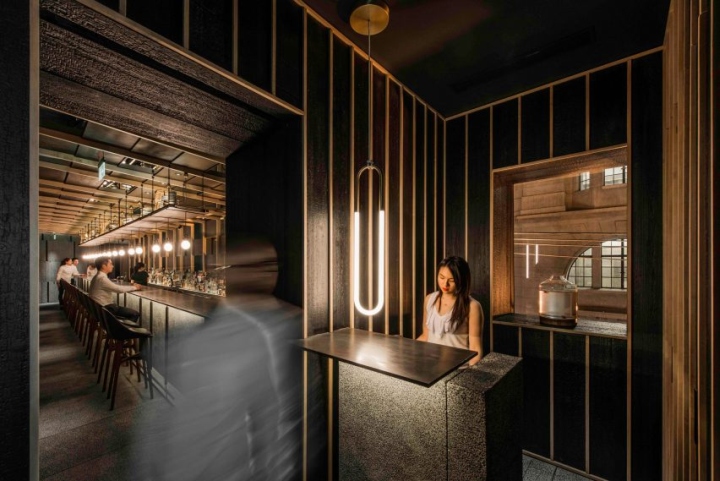 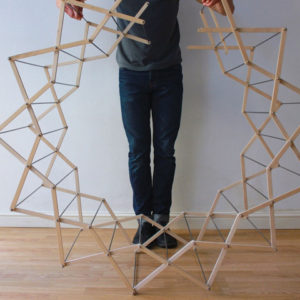 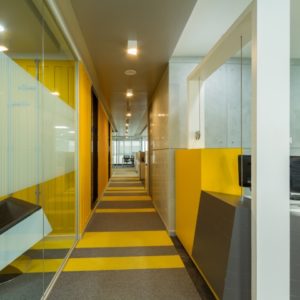 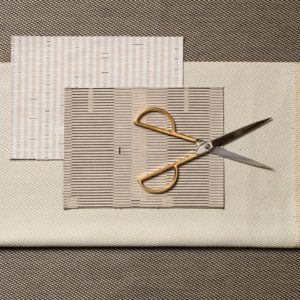 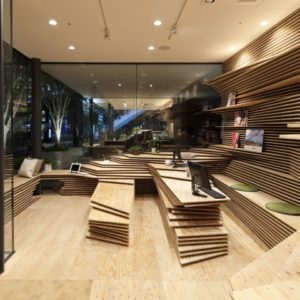